When you hear the phrase “modern houses,” Johannesburg isn’t the first place that comes to your mind. Even after Southern California, South Florida, the Caribbean, and several other places, it probably still wouldn’t make your list. That’s because the city, like many others on the African continent, often gets overlooked by the global architecture media.

If we took a closer look at South Africa’s largest city, we would see that the appeal of its modern houses is rooted in a longing for openness and connection to the outdoors. 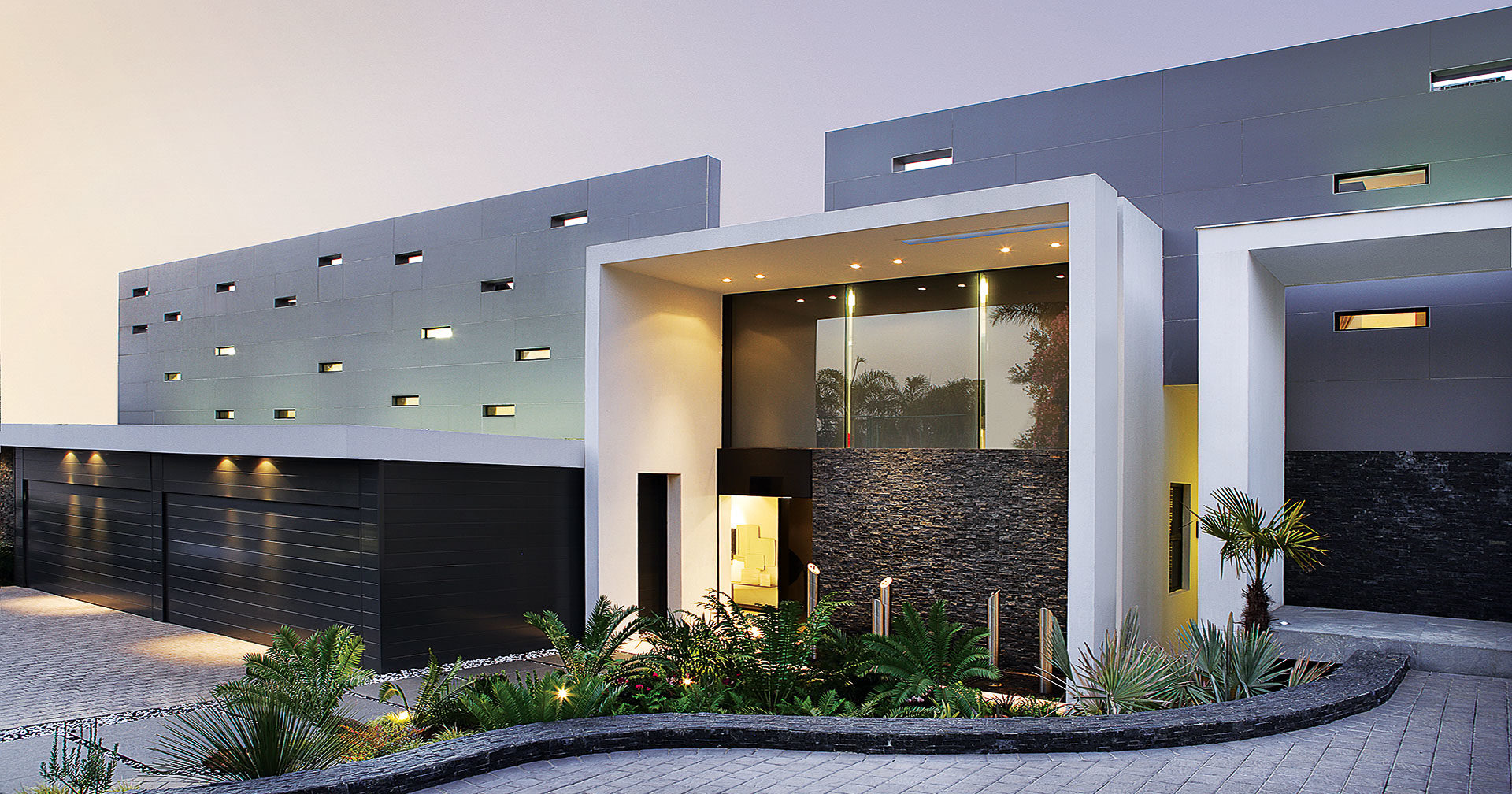 In 2012, SAOTA, one of the nation’s leading local firms, completed two modern houses on a large family compound in Johannesburg. Driving up to the compound, the two-story homes give off a suave appearance that makes them look more like training facilities for an elite sports team than they do residential units. Light from the interiors shines out through rectangular apertures that at first glance seem more designed for privacy than illumination.

Once inside, guests are greeted by marble floors and a resplendent white spiral staircase. The space doubles in height just beyond that staircase, with a clear view of a linear swimming pool and sprawling yard in the background. This sleekness continues on the second-story offices, blending seamlessly with soft surfaces in the bedrooms for added comfort. 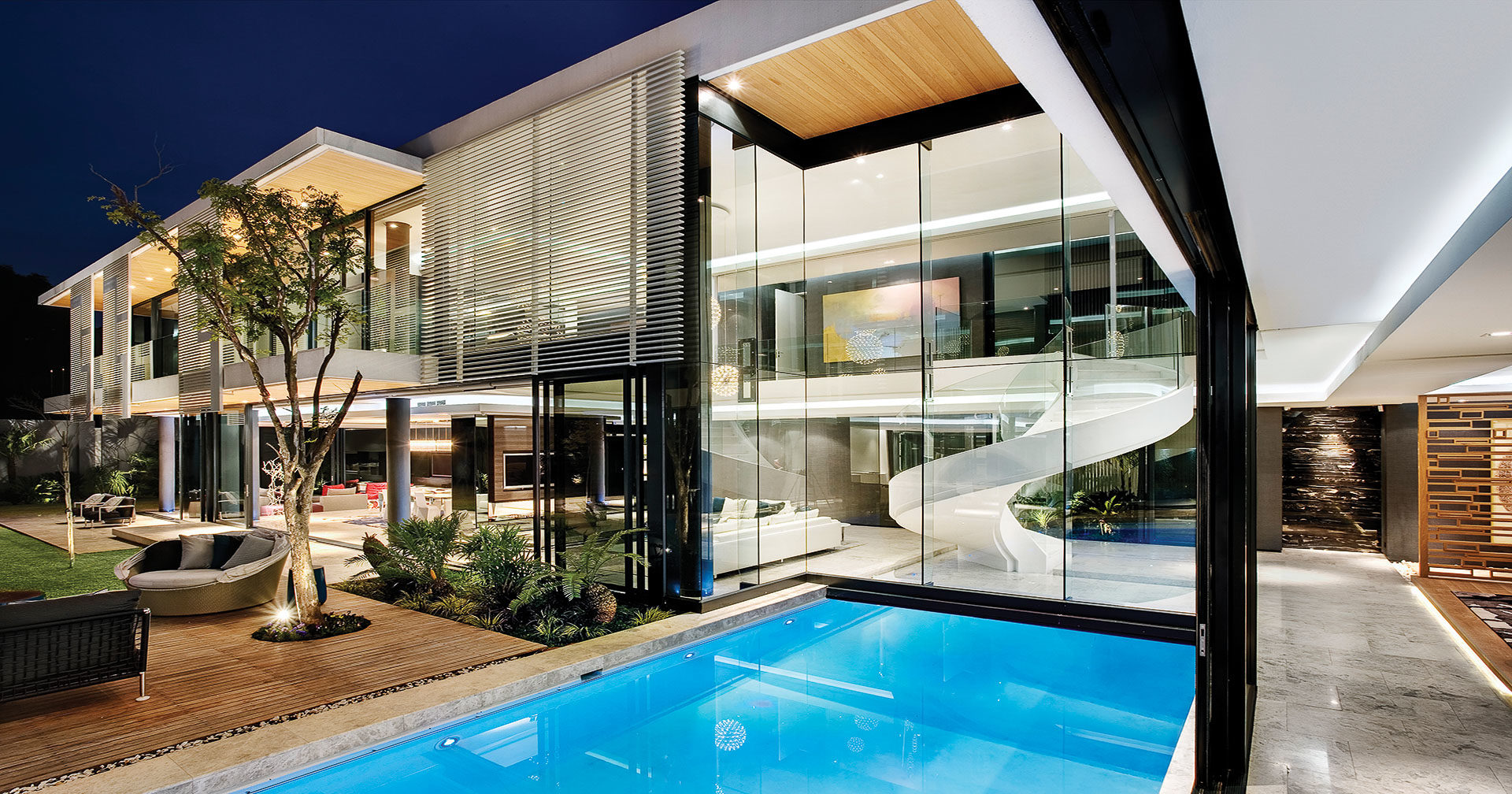 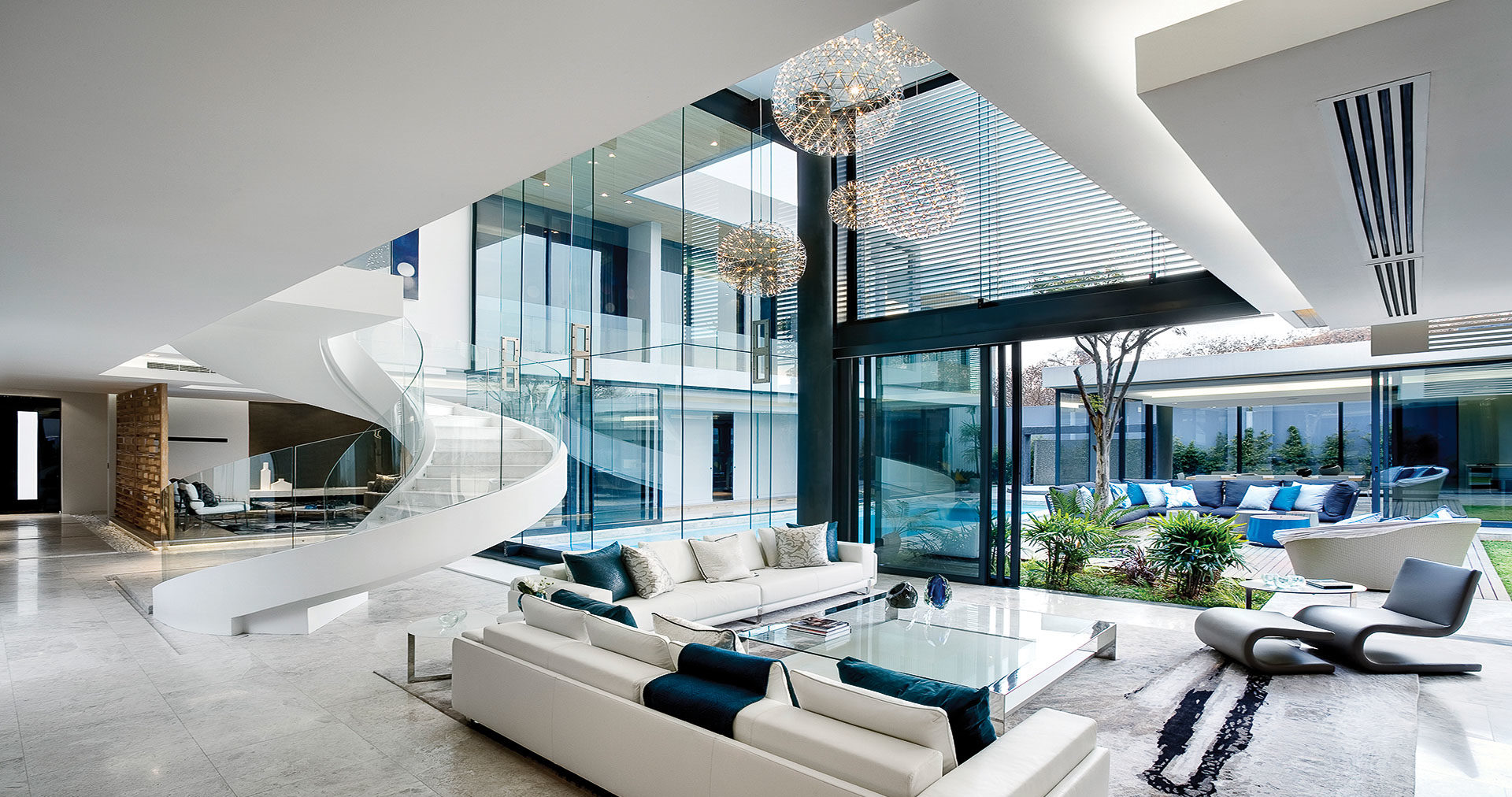 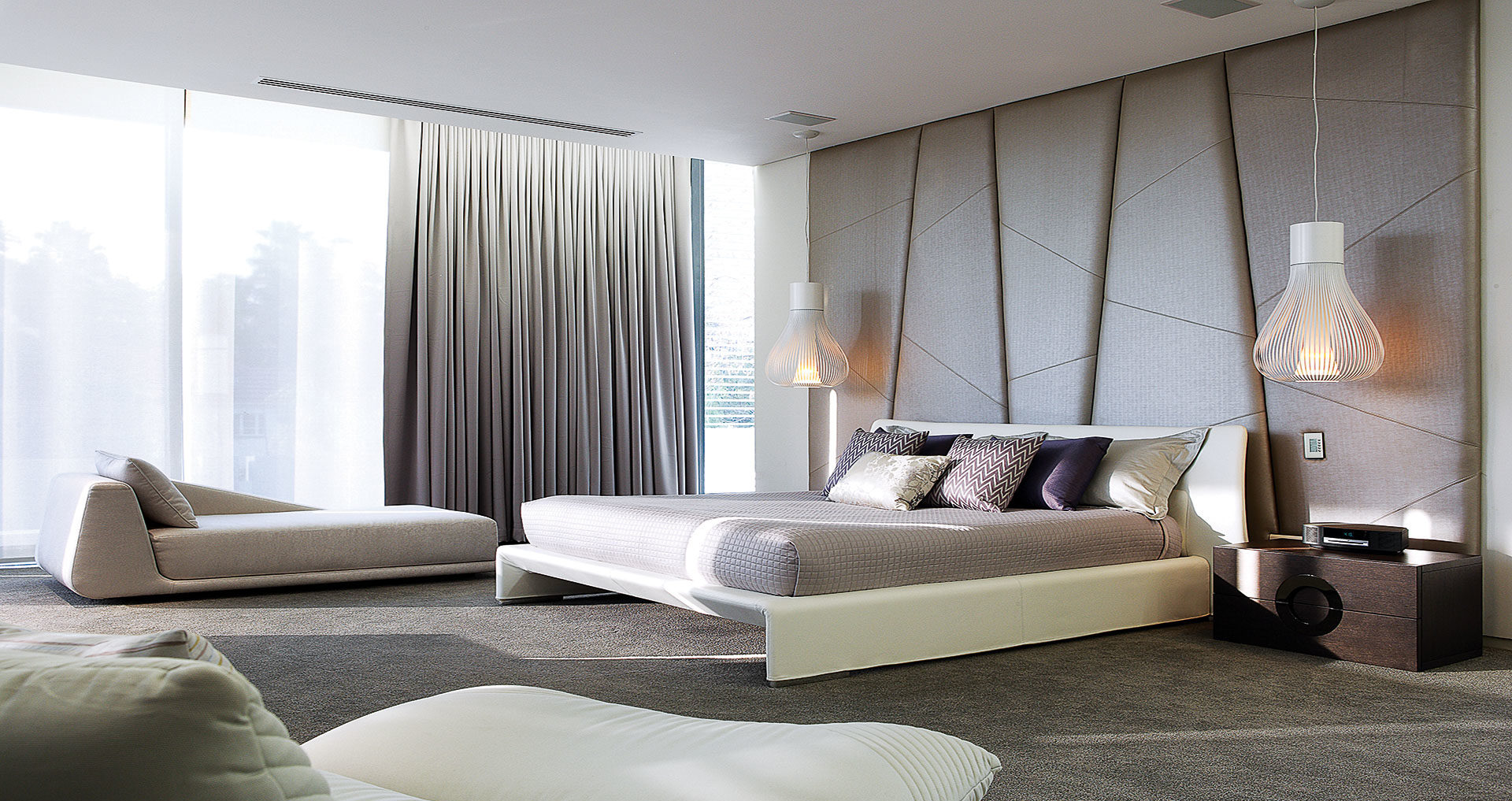 In another part of the city, MMA Design Studio erected an ultramodern residence on Westwold Way — this one for two separate families who decided to live together. Subsequently, this “house” is actually comprised of two houses that share a kitchen and central grass courtyard.

The staggered topography of the site means that one home looks down on the other. The garage is on the ground level, with stairs taking residents up to the main floor where both homes are connected. There are also stairs at the side to bring residents directly to the courtyard and further back by the pool to bypass the interiors altogether. When the sliding doors are open on each house, they begin to feel like a single large space. Horizontal and vertical ribbon windows maximize the presence of indoor sunlight throughout the day. 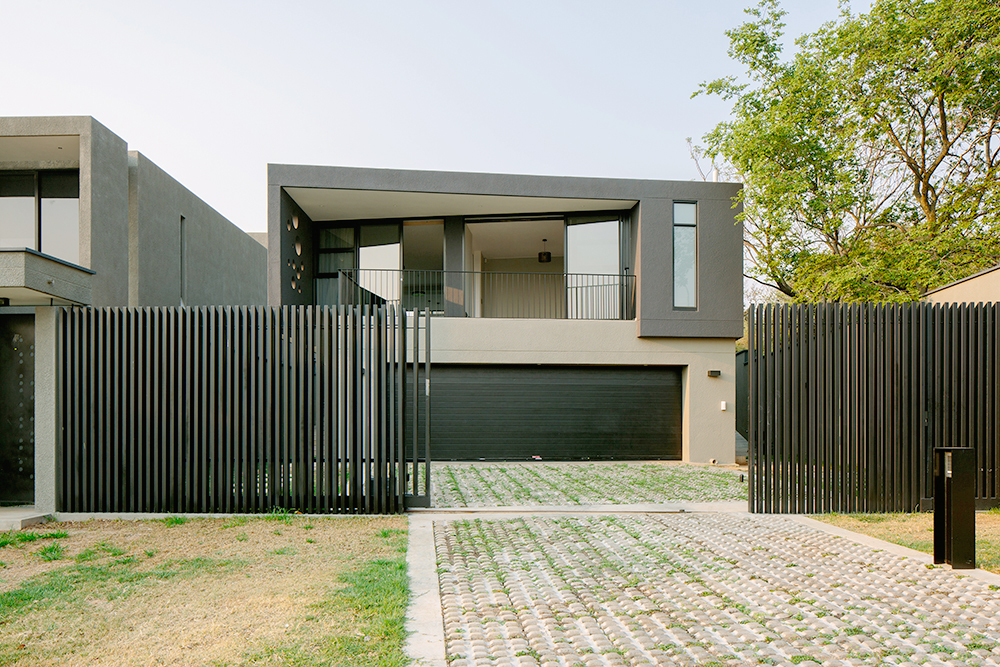 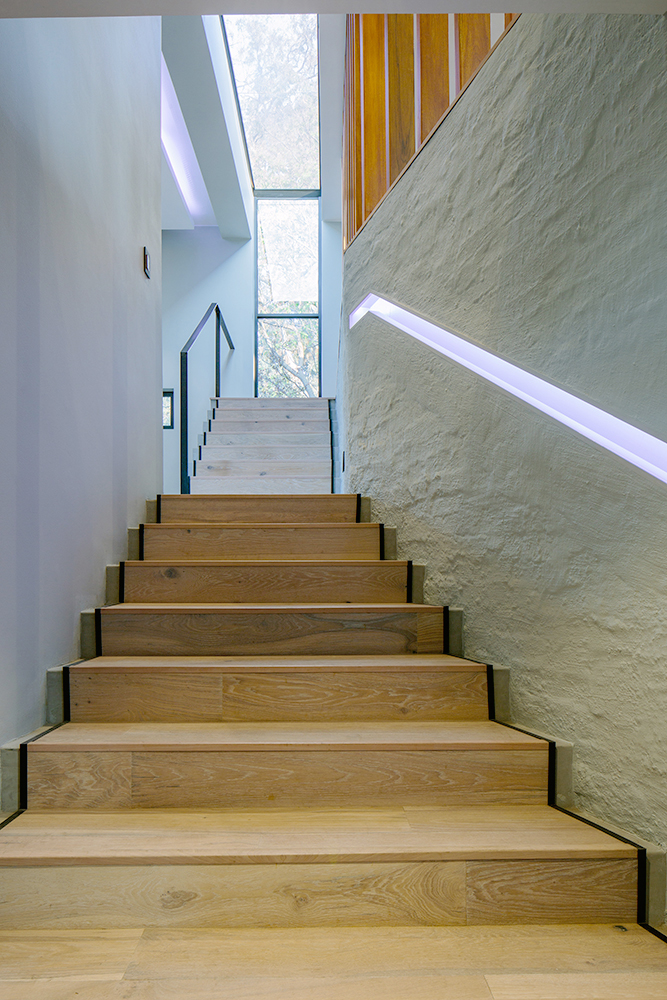 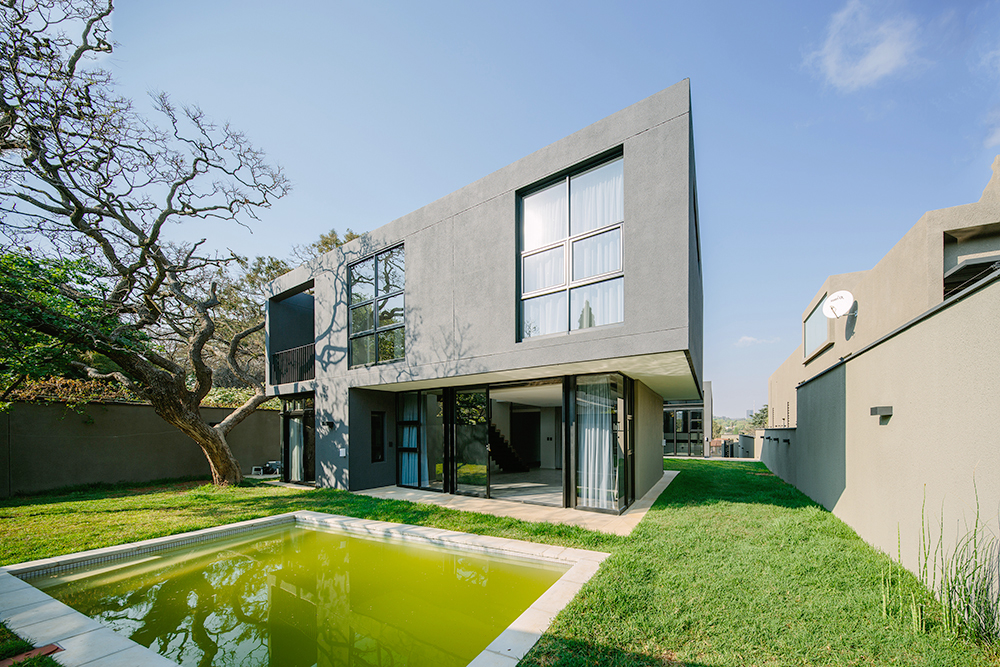 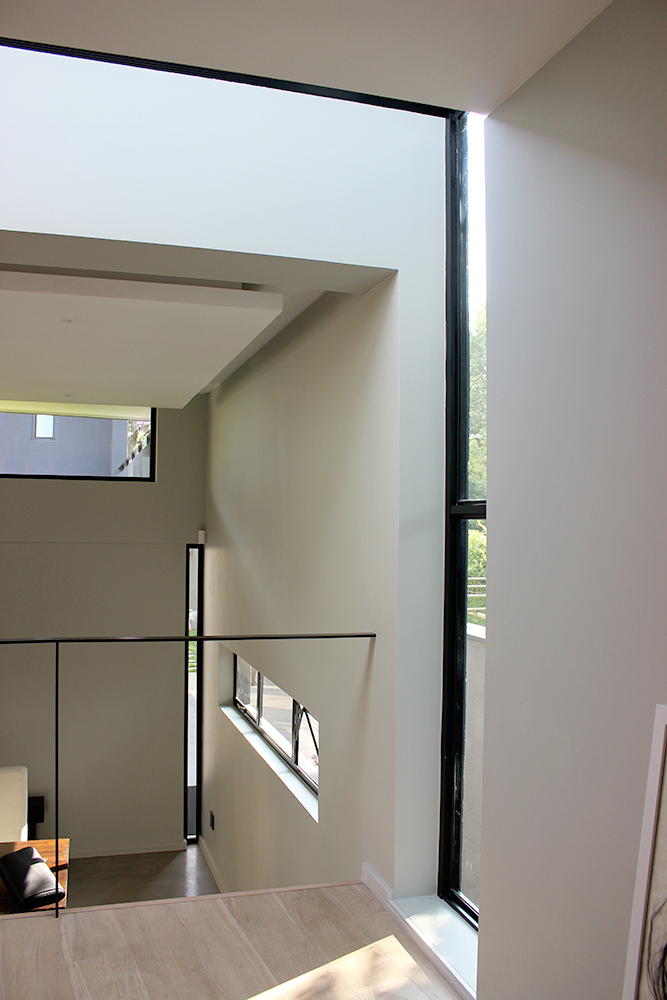 House 03 by Daffonchio Architects is a home that uses raw concrete on its exterior to signal strength, despite the fact that its interiors radiate total warmth. The main door is 12 feet high and made of raw mild steel, but the space opens upwards pretty quickly as residents enter the 23-foot entrance hall. Like the other projects featured in this article, the connection between the interior and exterior here is impossible to miss. Large sliding doors make the courtyard feel like part of the house, and part of the second story hangs supported above an L-shaped patio. On that story, sliding floor-to-ceiling timber shutters open up to let sunlight in and close to provide privacy. 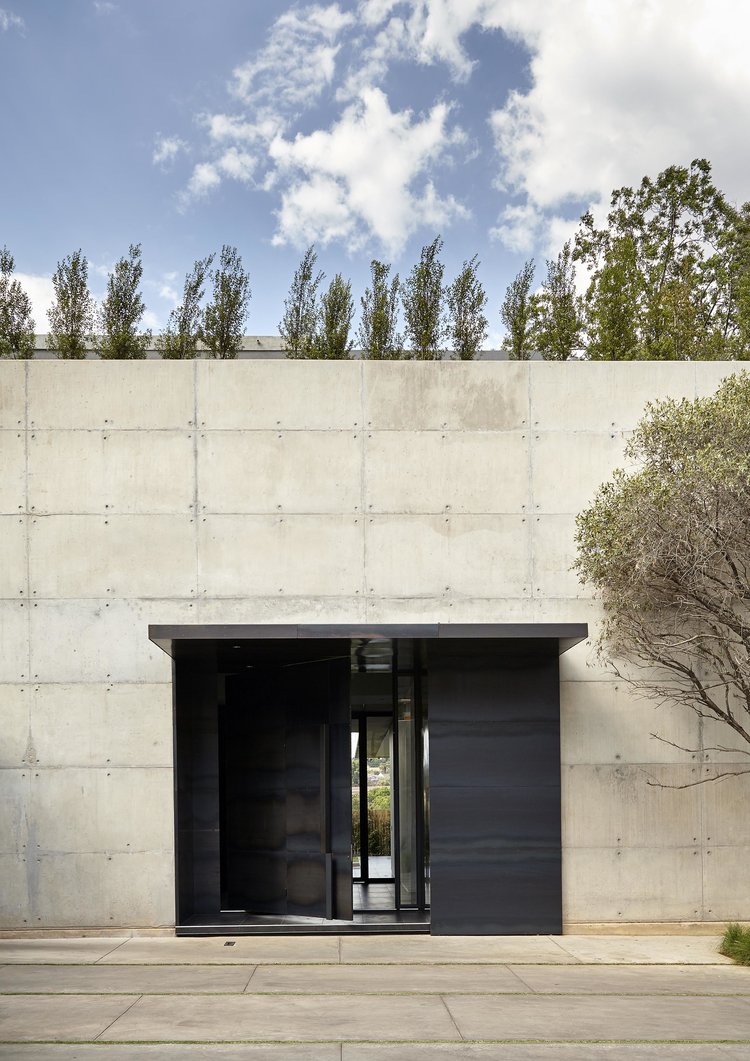 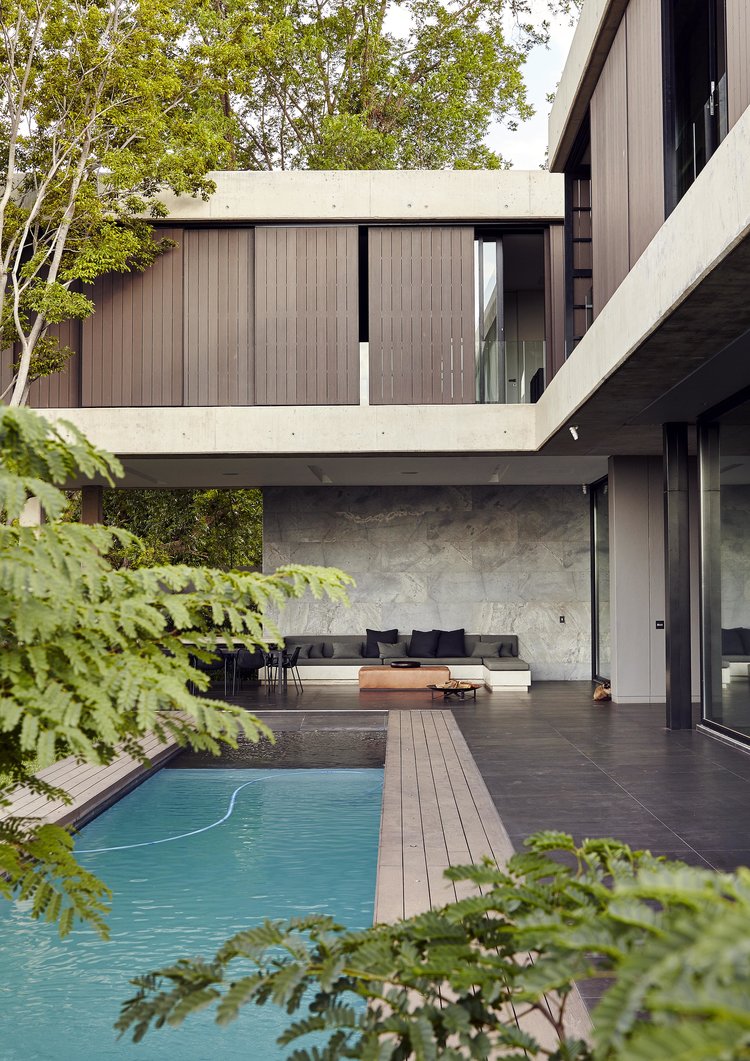 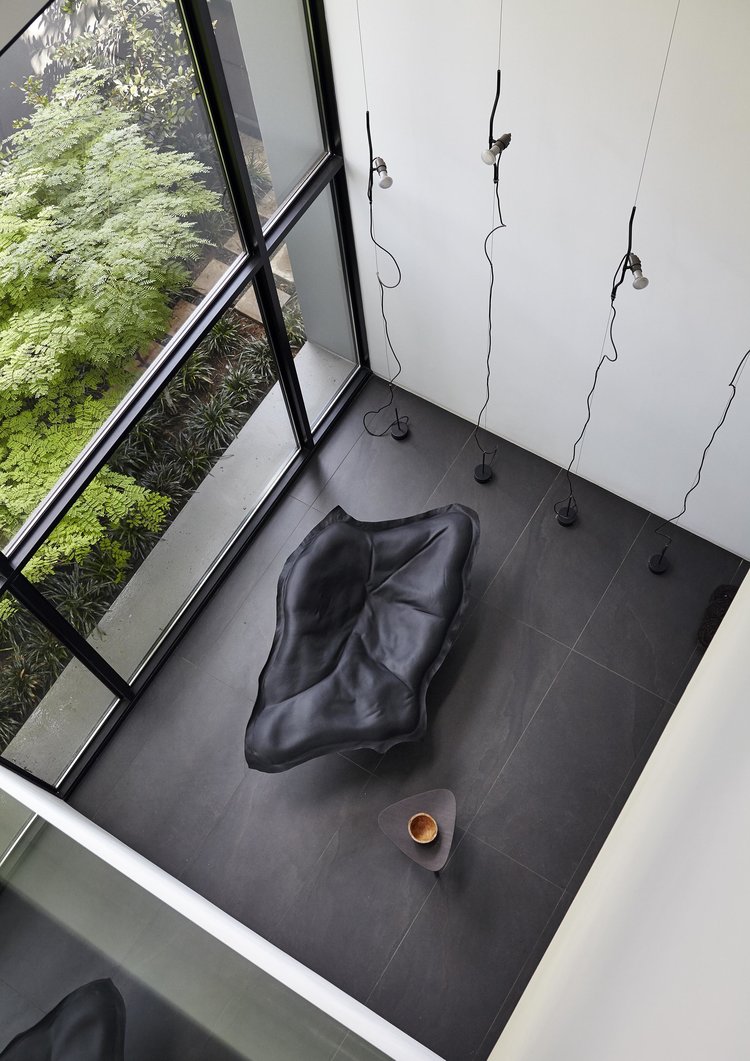 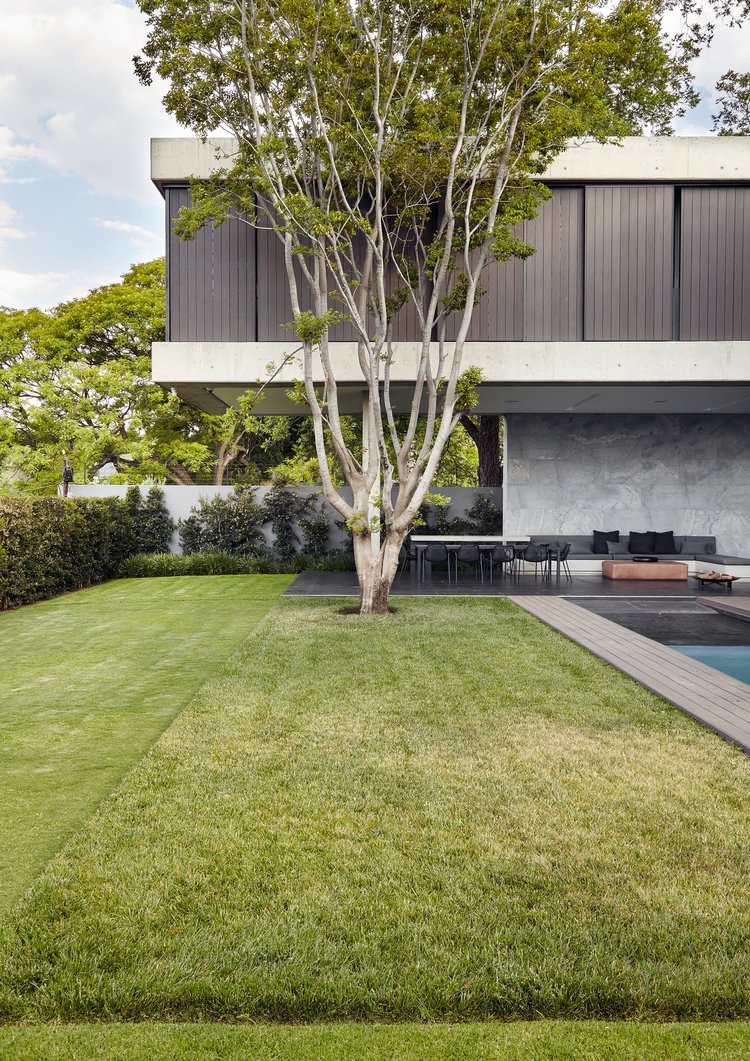 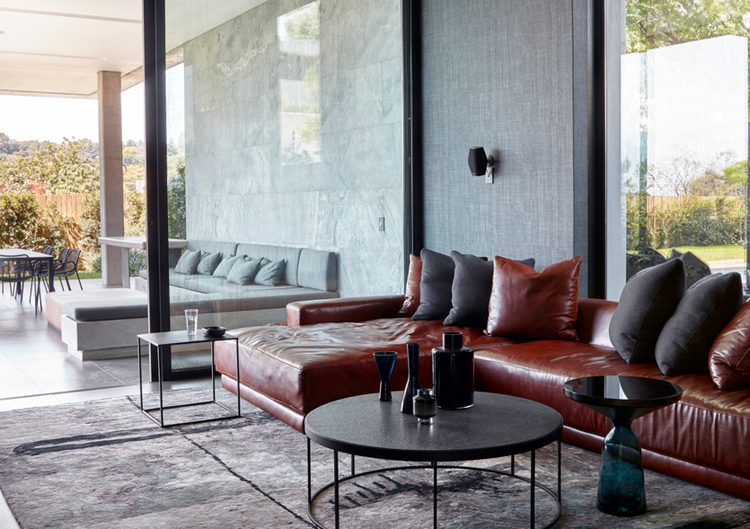 Each of these homes represents a side of Johannesburg few would ever consider — one where modern architecture can be designed to blend into the local area. South Africa is an expansive country, and these houses take advantage of it by sprawling out across their plots. The desire to live close to the land fuels the demand for open spaces where the built environment communions with the great outdoors.