Boeing is known as a major producer of commercial aircrafts all over the world, but they also have a little side gig going that many aren’t aware of. It’s called the Boeing Business Jet program, and the luxury jets it produces are often referred to as BBJs for short. 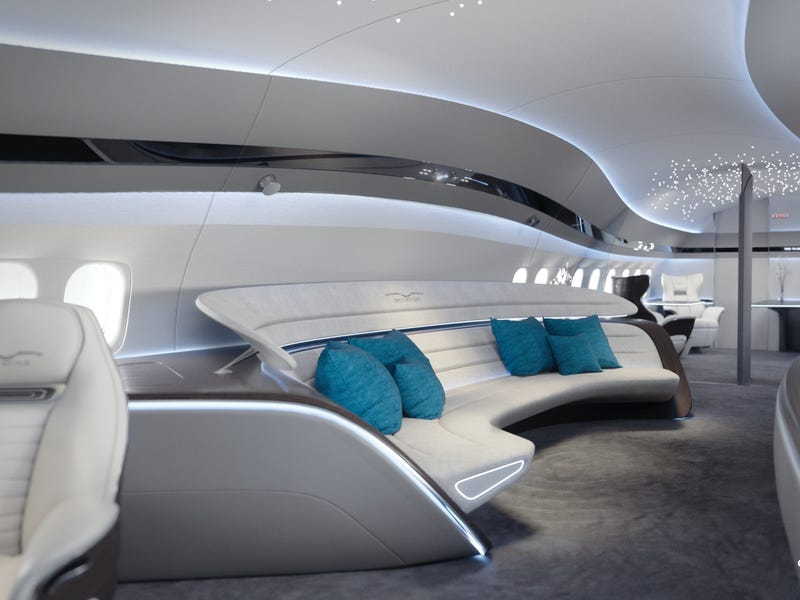 Before you dig out your company checkbook, you might need a reality check on the chances of owning one. Even the cheapest selection in the lot is priced at just under $100 million. If you prefer the zeros, that looks like $100,000,000 for the base model, so it’s pretty safe to say that not many of us can afford one of these tricked-out flyers.

While Boeing focuses on the aircraft’s structural and mechanical components, the interior design duties are typically hired out so the owner can personalize their jet to their liking. In the case of the Genesis concept for the 737 Max private jet, the futuristic interior was put together by Argentina’s SkyStyle, and it’s a design that’s truly out of this world. 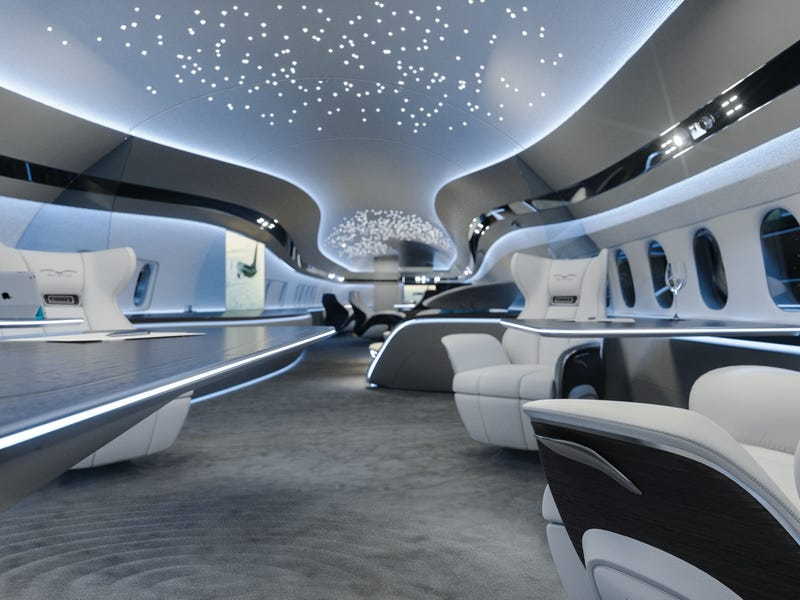 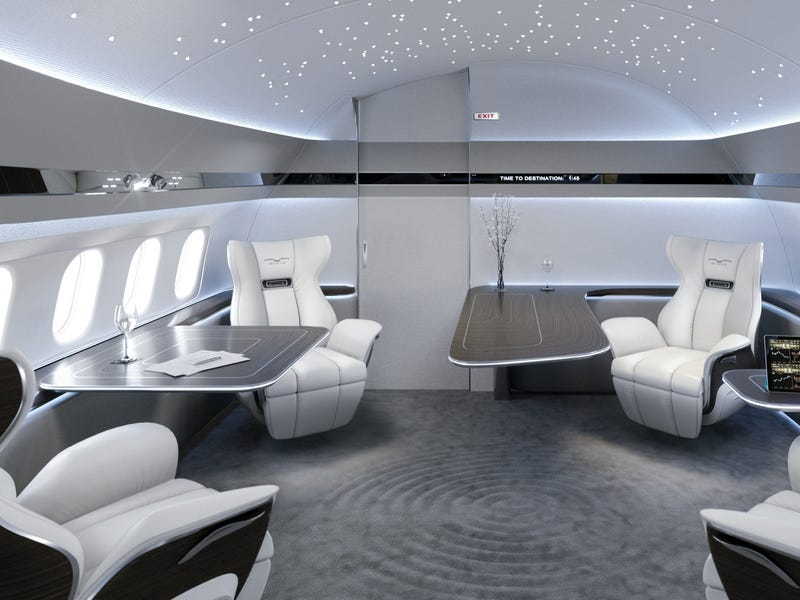 With little more than a glance, any visitor will note that this is not your typical corporate jet laid out with neutral-tone oversized seats. No, the 737 Max interior looks more like it just flew out of the Star Trek production studio, making ample use of curved lines to draw the eye from one end of its interiors to the other. Integrated LED lights further enhance this space-age design. There are even lights on the ceiling that resemble a starry sky.

But this is more than just a pretty cabin with all the comforts a jet owner could want. In fact, there are five passenger compartments in here, including a galley for cooking, a dining area, a living room, an office space, and a master bedroom complete with a king-sized bed and wardrobe. When it comes to washing, gone is the cramped lavatory, replaced by a spacious bathroom and full-size shower. 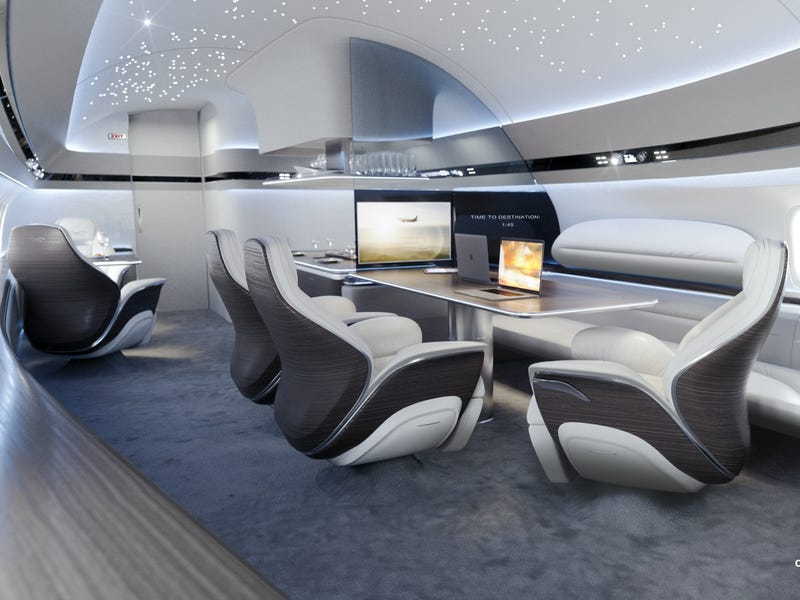 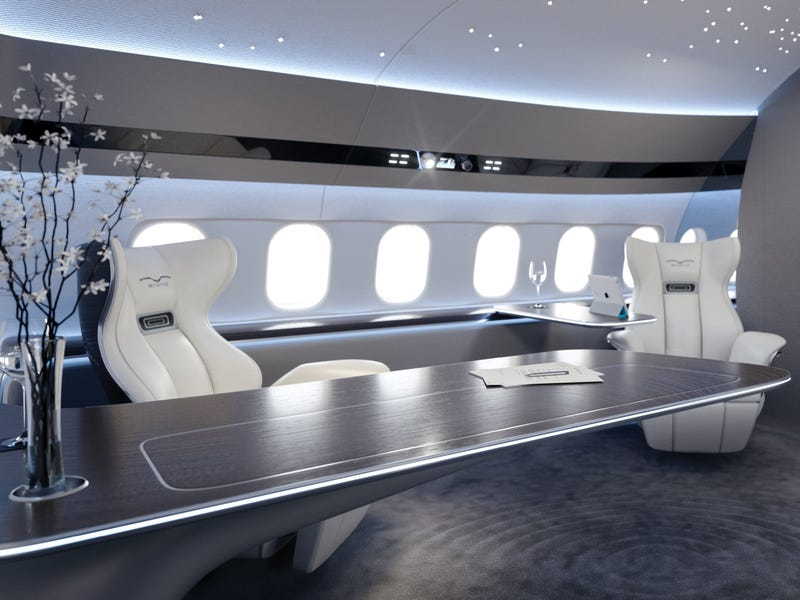 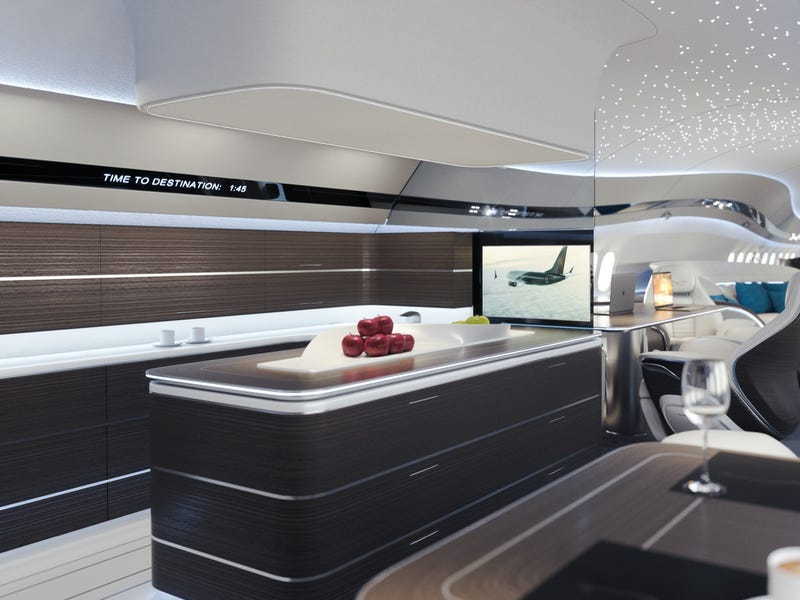 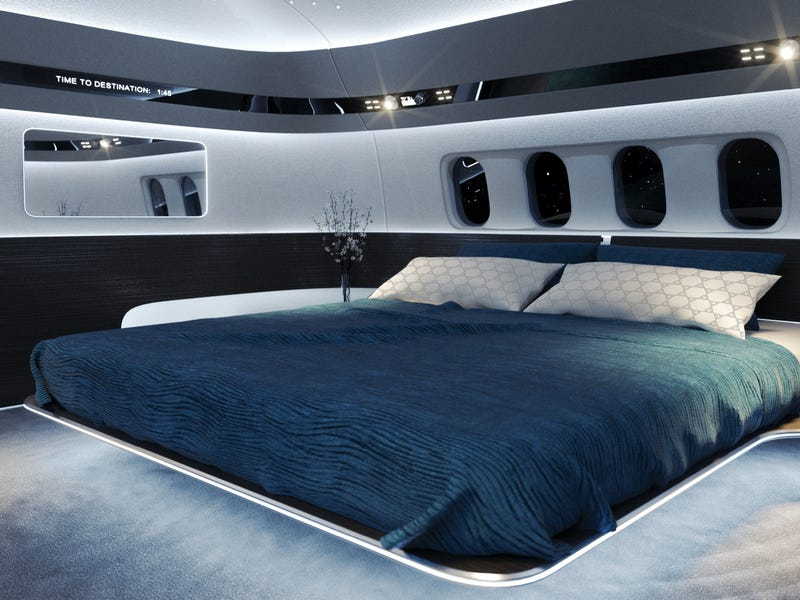 Innovative design is the central component of a vehicle like this, not only in terms of the engine and controls, but also in terms of its furnishings. One example is the strategically placed pillars within that serve as removable dividers whenever a passenger needs a bit of separation from others. In fact, the Genesis design concept excels in creating abundant space, especially when you consider the fact that its cabin was originally designed to hold hundreds of passengers. Some surfaces even serve multiple functions, like the countertop on the kitchen island that can be lifted and moved onto the dining table at any time for simplified serving.

SkyStyle co-founder Max Pardo explained in a press release that “from an aviation designer’s perspective, the BBJ Max is incredibly appealing because there is so much more interior space to realize one’s vision. Since the Max flies ultra-long distances, the owners are looking for a comfortable lounge, multi-function conference area, and a large master suite.” 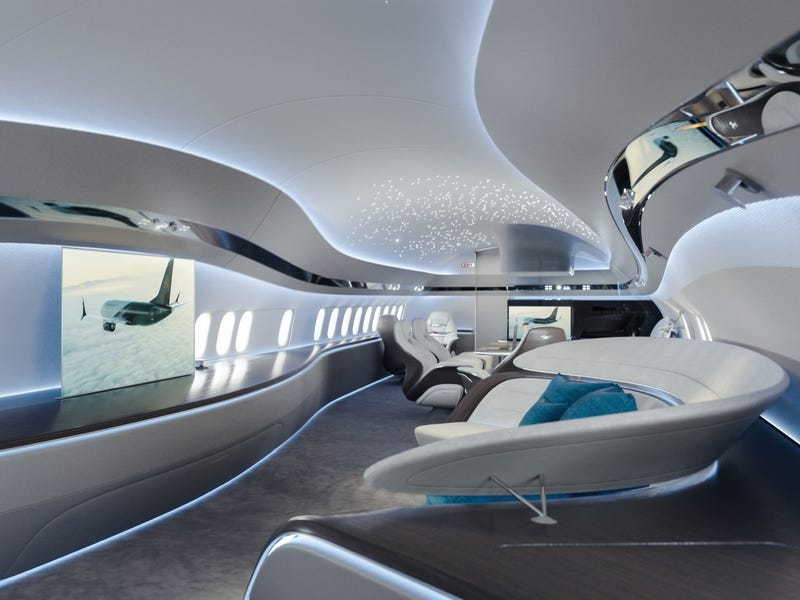 As cool as the concept is, the idea will likely be grounded considering the entire fleet of Boeing Max jets are out of commission indefinitely. However, the design elements could always be applied to past-generation 737s, just in case you happen to have an extra one hanging around.