A 42-acre site along the LA River is supposed to become the new “crown jewel” of Los Angeles, transformed into a beautiful park full of trails, wetlands, wildlife habitat, and amenities. But as it turns out, the Taylor Yard G2 River Park Project might be a little more than the city bargained for. What was originally supposed to be a $252 million project when first announced in 2016 has ballooned in cost to the eye-watering figure of $1.06 billion. So what in the world has made the cost rise into the stratosphere?

Located on the border of Cypress Park and Glassell Park just north of downtown Los Angeles, the historic former rail yard was identified as an ideal opportunity for both river restoration and new public green space. It’s the largest undeveloped parcel on the river and also happens to be a strategic location where the riverbank could be naturalized, even with the rest of the concrete channel remaining as it is today. The parcel is part of the larger 250-acre Taylor Yard, currently owned by Union Pacific Railroad.

Mayor Eric Garcetti oversaw the purchase of the property for $60 million after the project was unanimously approved by the Los Angeles City Council. Plans for the parcel include one mile of direct riverfront access with views of the Griffith Observatory, downtown, and the iconic Hollywood sign. It will also unite the surrounding Rio de Los Angeles State Park and the state-owned G1 parcel, forming 100 acres of open space along the LA River. 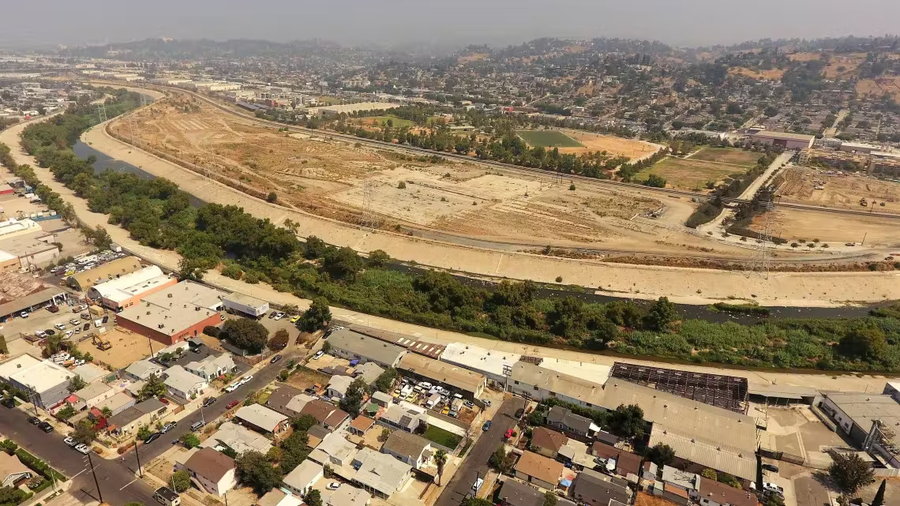 “We’ve always considered G2 to be the crown jewel in our vision to revitalize the L.A. River, and that’s why I have been committed to fighting for the resources to finally return this land to the people of Los Angeles and the wildlife that call it home,” Mayor Garcetti said in a press release. “We got it done, and now this vast site can transform how Angelenos connect with the natural world — because it will allow for habitat restoration, and open more than a mile of direct access to the river for local communities that have been cut off from it for too long.” 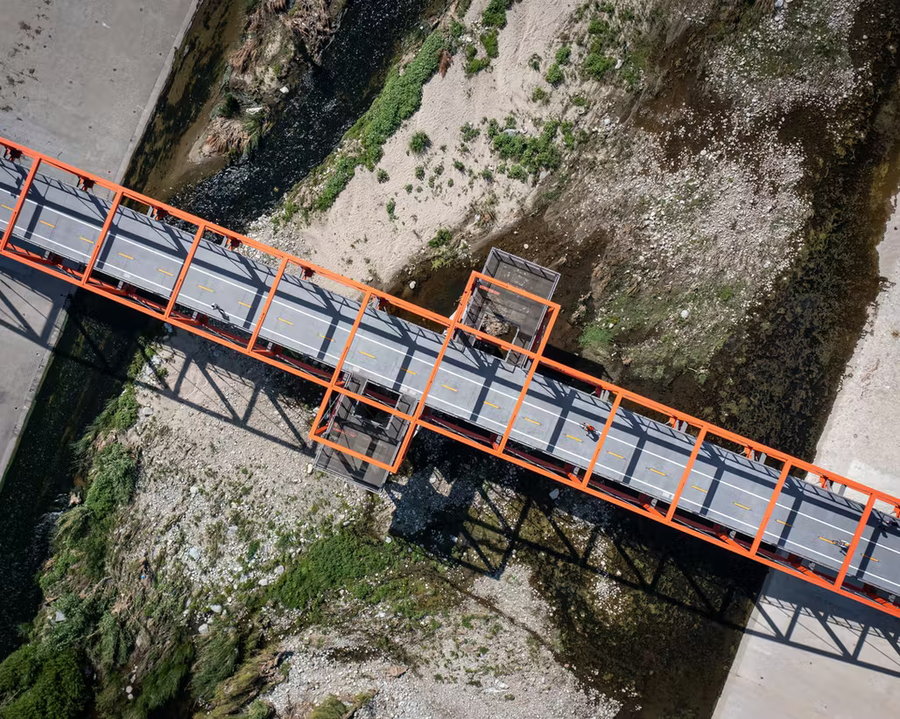 The massive cost increase of the Taylor Yard G2 River Project mostly comes down to a single word: contamination. An updated study by the Bureau of Engineering found that cleaning and removing contaminated soil will cost about $231 million alone, in addition to the cost of the parcel itself, the infrastructure, and the expected operating costs of at least $6 million per year. The city will have to work with California’s Department of Toxic Substances Control to remediate the site. The good news for locals looking forward to the park’s completion is that it’s almost certainly still moving forward, despite the price tag. 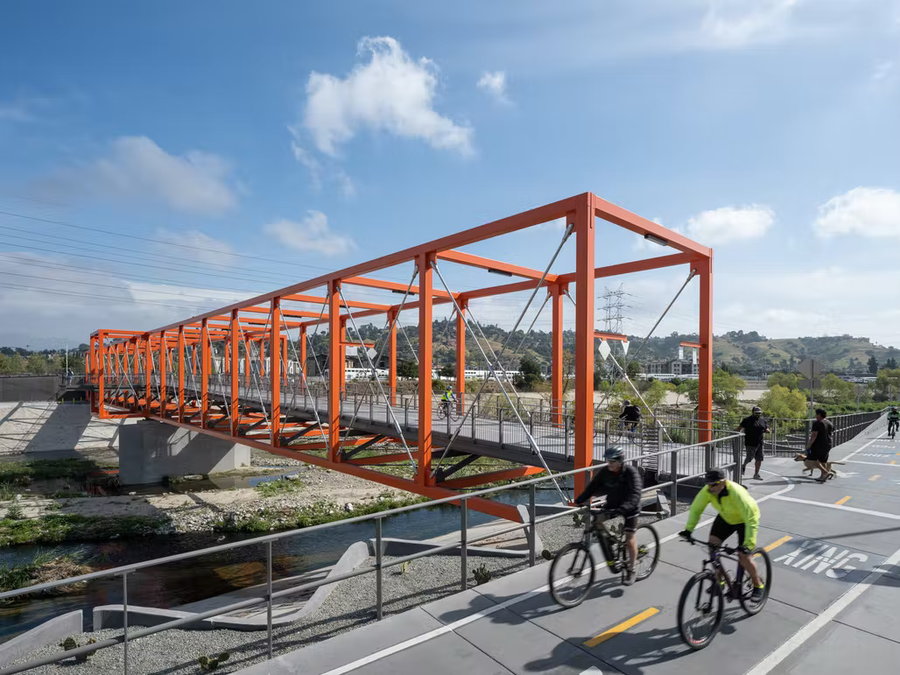 Last month, a major milestone in the plan was achieved as the Taylor Yard Pedestrian Bridge was completed. Designed by SPF:architects, the bright orange bridge connects an area north of Dodger Stadium known as Elysian Valley to the neighboring Cypress Park district. It features a 400-foot box-trussed span referencing the area’s industrial heritage. Two cantilevered central viewing platforms form a “handshake” meant to symbolize peace between two neighborhoods once known for public fights and gang violence.