Old-school cooks and home chefs used to harbor great disdain for newfangled kitchen appliances and gadgets. Electric knives, immersion blenders, and even the mighty microwave were often perceived as the devil’s instruments — fancy and futuristic wastes of time and money.

But progress is unstoppable. Despite the naysayers, each new year yields a bounty of innovations that make time in the kitchen more productive, giving cooks more time to perfect their culinary creations and pursue other fun and fulfilling pastimes. 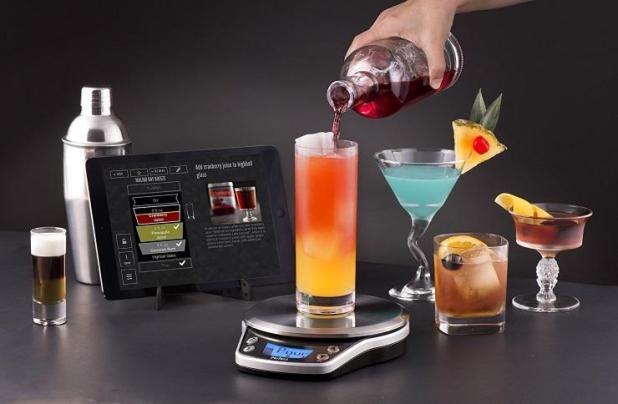 Making and mixing bar-quality cocktails requires precision in both measurement and execution. Thankfully, the Perfect Bake Pro and Perfect Drink Pro take the guesswork out of the process and save you a lot of stress. Both gadgets have scales that work in conjunction with a tablet/smartphone app to make sure that every proportion is correct, and both are easily adaptable should you feel like adjusting the portion size. The scales scrutinize your mixing bowl or shaker in real time, telling you exactly how much to add and when to add it. The app will even make instant modifications if you mistakenly add too much of an ingredient. A few recipes are included, but it’s easy enough to program your favorites into the system. 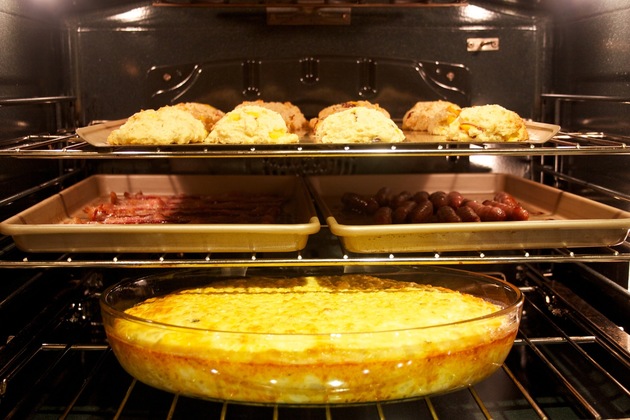 Monitoring the “doneness” of dishes in the oven or stovetop is a tedious and time-consuming task. The Weber Kitchen Thermometer frees you up to walk away as soon as your food is exposed to a heat source. Wire probes calculate the temperatures of up to two dishes at once via a Bluetooth-connected monitor. That information goes to an app on your smartphone/notebook, which means you can be anywhere and still receive news that dinner is ready.

Back To The Future

Before microwaves were kitchen staples, many frozen meals were vacuum-sealed in plastic pouches, and you had to drop them into pots of boiling water to cook them. Microwave heating eventually replaced that practice, but now it look likes the trend has resurfaced, albeit in a much more personalized and precise application: sous vide. 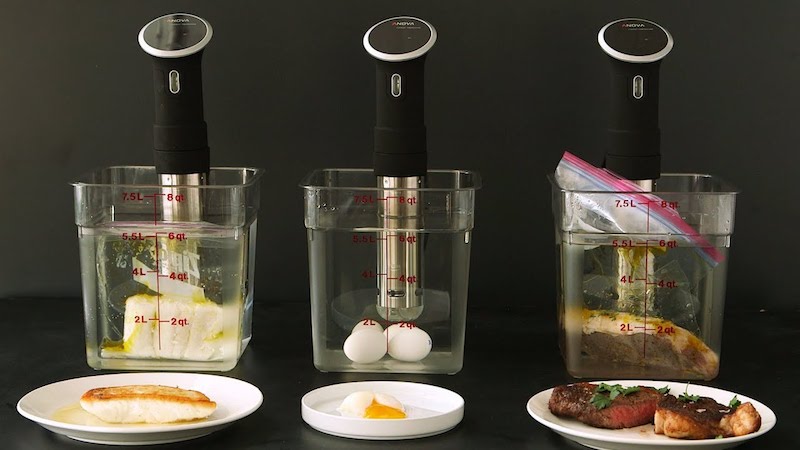 Sous vide, which means “under vacuum” in French, is a relatively new culinary technique that’s become trendy in the last few years. Sous vide systems with immersion circulators start at around $100 to $200, with the priciest models boasting built-in water baths and topping out in the thousands. Touted by many as foolproof cooking, the process starts with vacuum sealing food and submerging it in a water bath maintained at a very specific temperature. The vacuum seal prevents moisture loss, and the unwavering water temperature guarantees that the food won’t overcook (no matter how long it remains in the water bath). Cooks can rely on succulent, flawlessly cooked food every time, and they can add a quick sear to it right before serving for added texture. 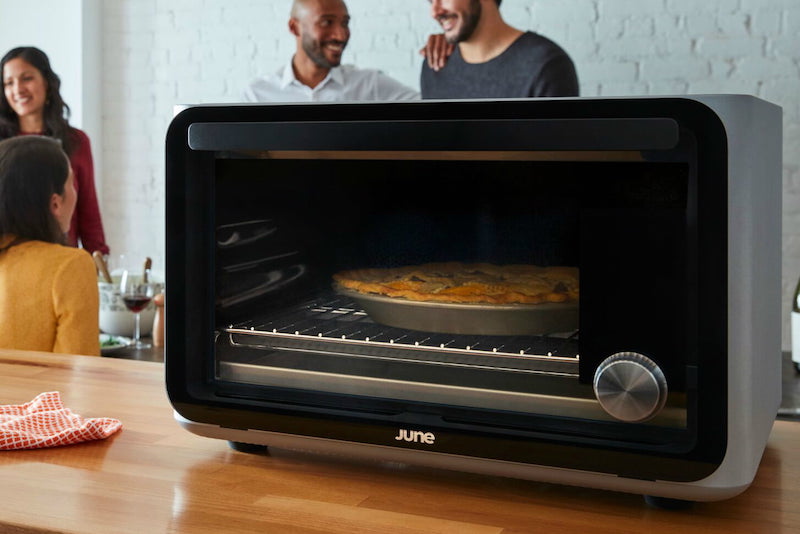 If you’re not a cook and don’t even want to play one in your kitchen, then the June Intelligent Oven is your dream come true. This futuristic device boats a built-in camera that snaps a shot of the food you’re preparing and looks up the best cooking method for optimum results. No need to set a temperature or cook time, because the June does that for you. The crowning glory of this gem is its second camera, which is mounted inside the oven and lets you watch your food cook through an app!