Sometimes, advancements in modern technology can be simultaneously awesome and terrifying, like military robots that seem to portend Terminator-like AI warfare within a few short decades. Well, now we can add night vision goggles to that list. Marine rifle squads will soon be testing the Army’s Enhanced Night Vision Goggle-Binocular, or ENVG-B, which creates glowing outlines of human figures in even the darkest settings. 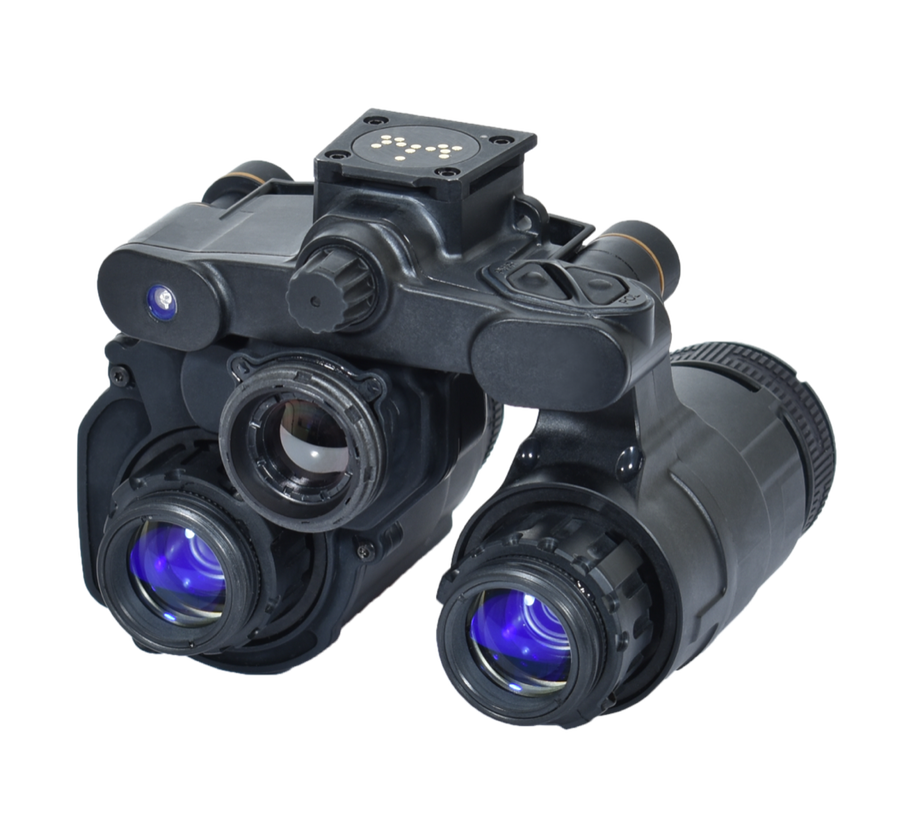 The technology itself is jaw-dropping. Videos demonstrating its use by the US Army’s Lancer Brigade of Joint Base Lewis-McChord in Washington state look like nothing we’ve ever seen before outside of sci-fi movies. Whereas traditional night vision provides fuzzy green shapes in a sea of black, the ENVG-B goggles developed alongside L3Harris Technologies offer ultra-bright contrast. When weapons are fired, they shoot out a vivid blue glow like a Ghostbusters proton pack.

The effects come from a combination of different technologies that improve upon the older version. First developed in the 1930s, conventional night vision technology picks up any ambient light that’s available (like the reflection of the moon) and passes it through a device that transforms photons into electrons. When the electrons hit a tube covered in fluorescent substance phosphor, they create brighter images in a light green shade the human eye is easily able to perceive. The new ENVG-B uses white phosphor tubes for better contrast, but that’s not the only way they propel this tech into the 21st century. 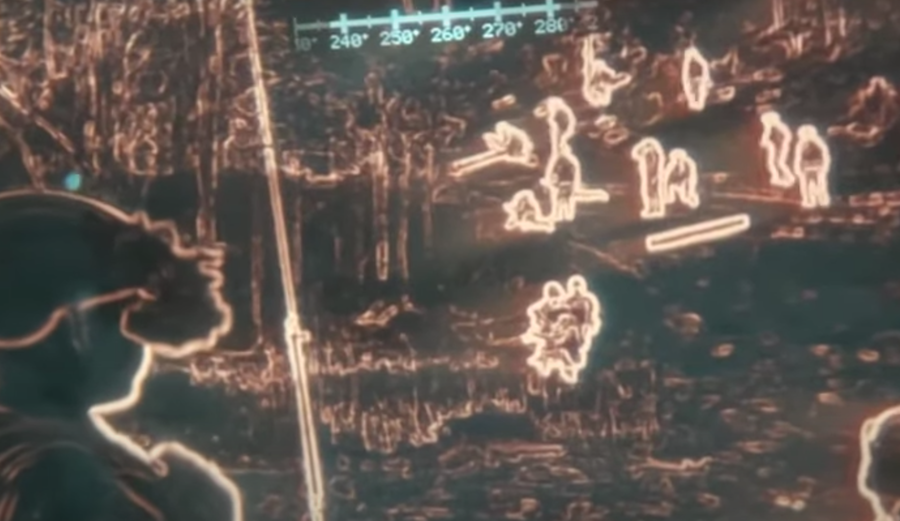 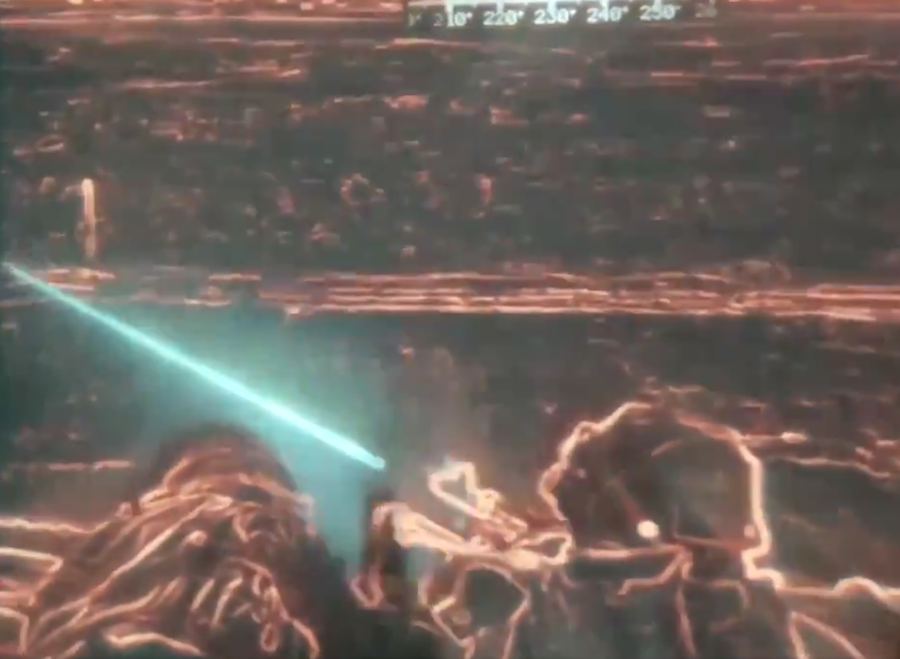 A thermal imager also enables the goggles to see through visual obstructions like dust and smoke, even in subterranean spaces with absolutely zero illumination. Augmented reality enhancements create real-time edge detection, revealing the location and movement of human figures, weaponry, and vehicles. The goggles also feature a dual-tubed binocular system, so soldiers can choose to either pair what they see through the goggles with what they see with their own eyes, or take advantage of the full depth perception stereo vision offers.

The ENVG-B goggles can communicate wirelessly with electronic scopes on weapons, allowing soldiers to aim at targets without exposing themselves physically. In practice, that will mean they can raise their weapons above a trench or around a corner and fire with deadly accuracy.

“This system signifies an evolution in technology that stems from innovative and collaborative efforts between Program Executive Office Soldier (PEO Soldier), Soldier Lethality Cross Functional Team (SL-CFT), and Army Futures Command (AFC). Additionally, it successfully demonstrates the rapid prototyping process to meet the Army’s modernization priorities and is the first program to deliver an Army Futures Command capability set,” says the US Army. “Ultimately, the ENVG-B increases the warfighters’ lethality, mobility, and situational awareness through innovative and state-of-the-art capabilities. Soldier feedback was incorporated into forming the design and functions of the ENVG-B through events called Soldier Touchpoints. The ENVG-B is made for soldiers and designed by soldiers.” 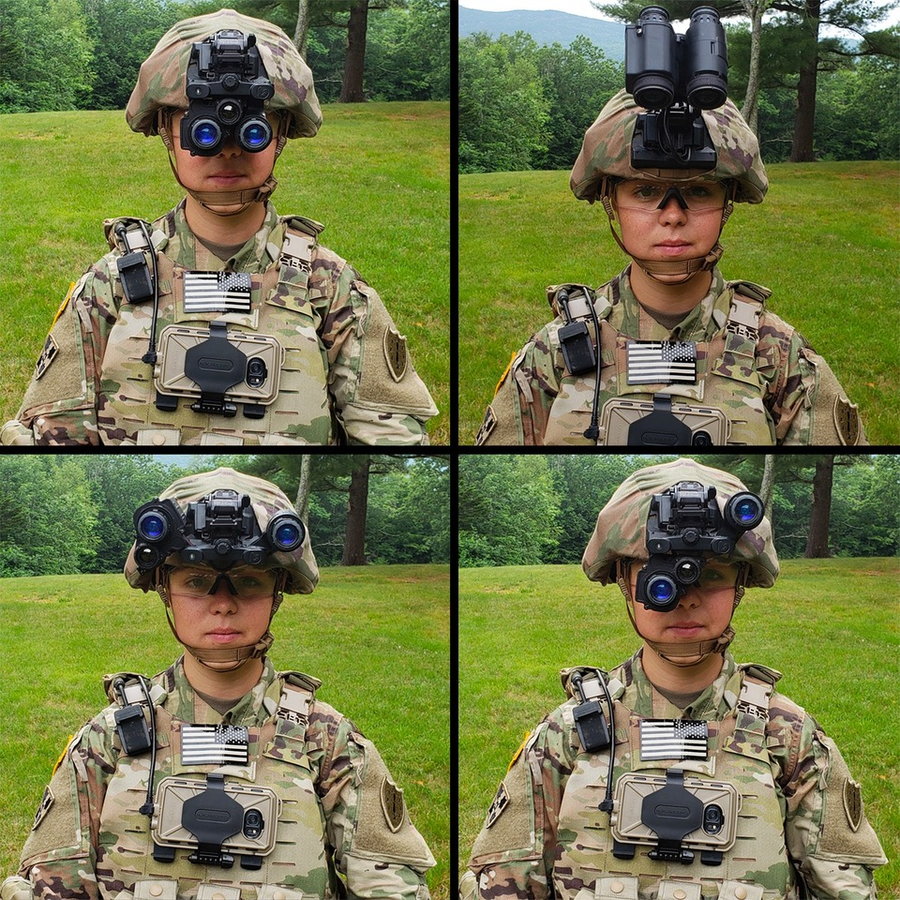 There’s no hiding from these things, and that’s what makes them kind of scary. It all sounds great taken in the context of safety and security, especially since it could reduce soldier fatalities in battle. But considered alongside other new military tech, which could soon include micro-drones and robotic super soldiers, there’s a worrying sense that war could feel more like a video game overall to the people in charge of the weaponry, further detaching soldiers from the reality of human casualties. Let’s not even go into what all of this could mean if our future ends up looking anything like Minority Report.