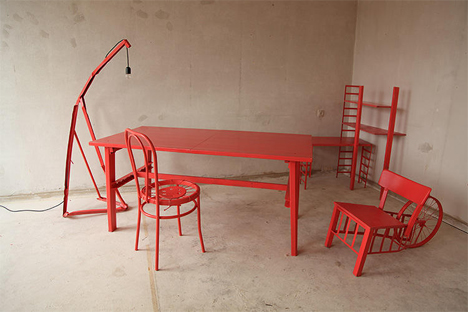 Designer Francois Duquesnoy knows what it’s like to pick up stakes and move on to another chapter in life. In the past few years he’s moved eight times, and each time he leaves the heavy objects like furniture behind. He has become a sustainable nomad by using the discarded items around him in each new place to create functional objects. 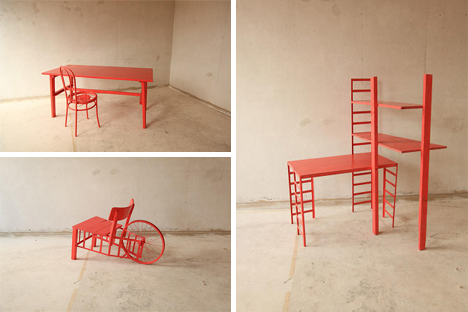 The collection of furniture is appropriately called “Collectables.” In each new city, the designer collects objects that he thinks might be useful in some way. Applying some creativity, he turns these items, previously thought of as garbage, into furniture that outshines any you might find at IKEA. 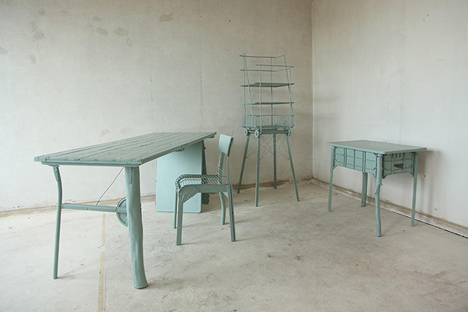 Each finished piece is unique and reflects the type of place in which Duquesnoy collected its components. After putting the parts together into functional pieces of furniture, the designer paints the entire collection a single color to unify the furniture from each city. This helps him create a connection with each city in which he lives. 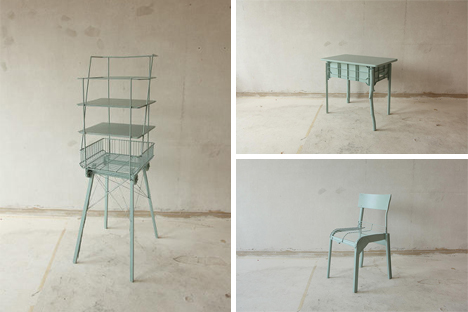 From a tennis racket to plastic crates to discarded pieces of pipe and wood, Duquesnoy uses anything and everything he can find in order to create his new furniture. When he arrives in a new city, he gives himself a week to explore and find as many usable things as possible. He then sets to work making his truly impressive creations. 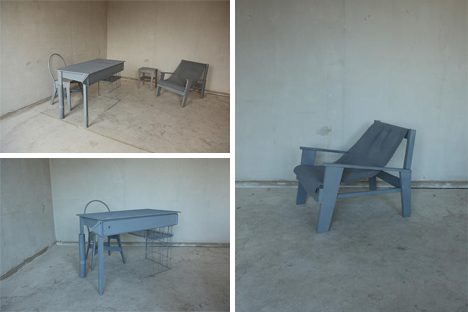 Wastefulness and over-consumption have filled many parts of the world with shameful amounts of litter. Many of the materials Duquesnoy collects are still perfectly usable, just unwanted. Others only need a bit of work to restore them to their former functionality. We could all learn something about sustainability and social responsibility from this whimsical yet meaningful project.