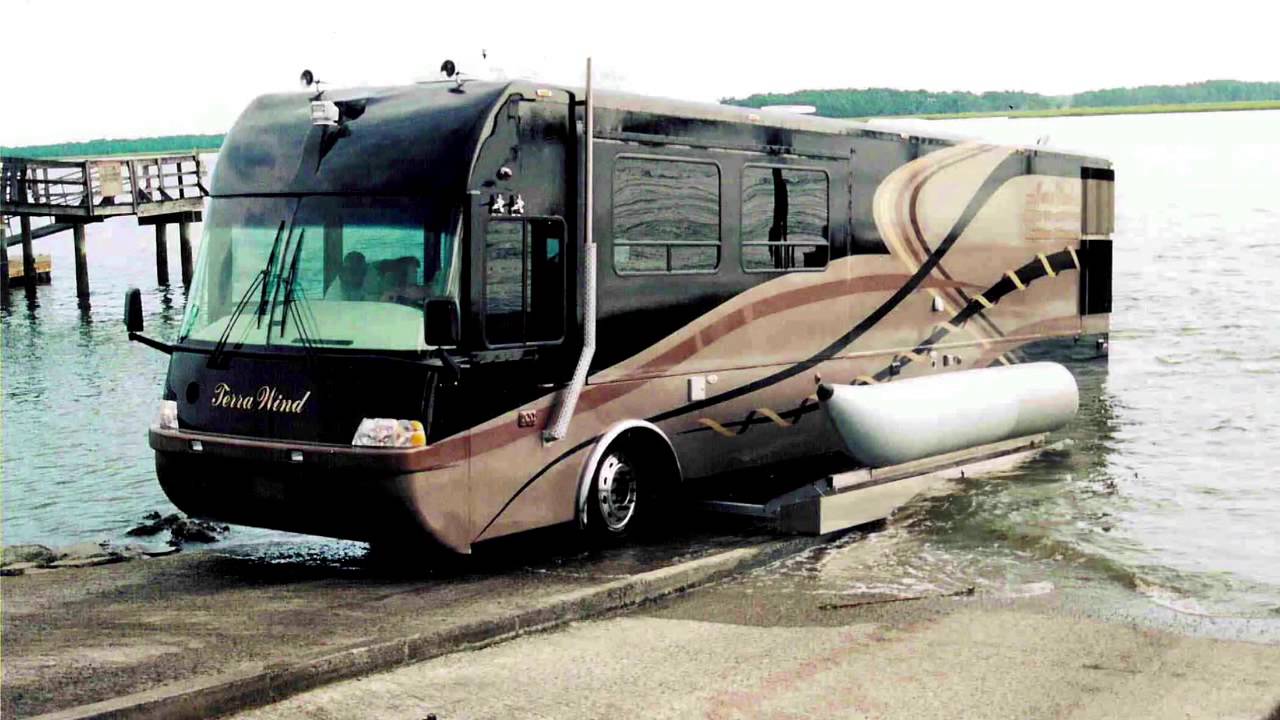 If you’re ever torn between purchasing a boat or an RV and you’ve got roughly $1.2 million dollars in the bank, here’s a solution that gives you the best of both worlds: a luxury RV that can be driven straight into water. The Terra Wind Amphibious Motorcoach looks like an ordinary recreational vehicle to the point that passersby often panic when they watch the owners prepare to plunge it into a river or lake. What they don’t know is that this thing doesn’t just float, it cruises effortlessly along at up to 7 knots. 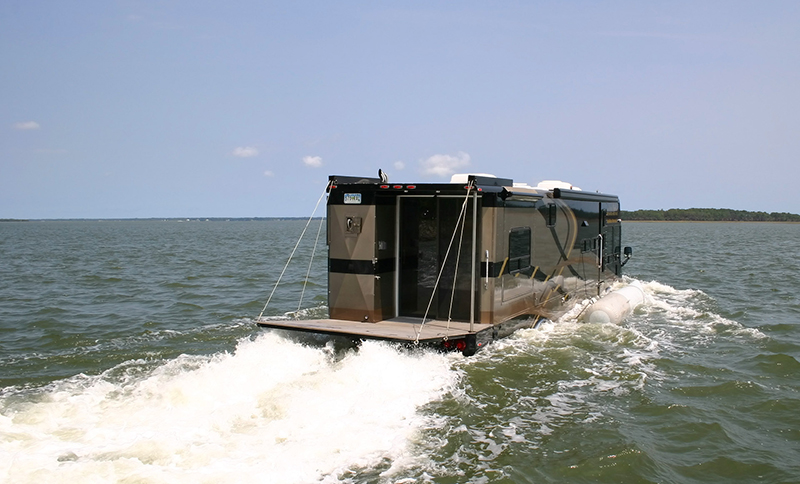 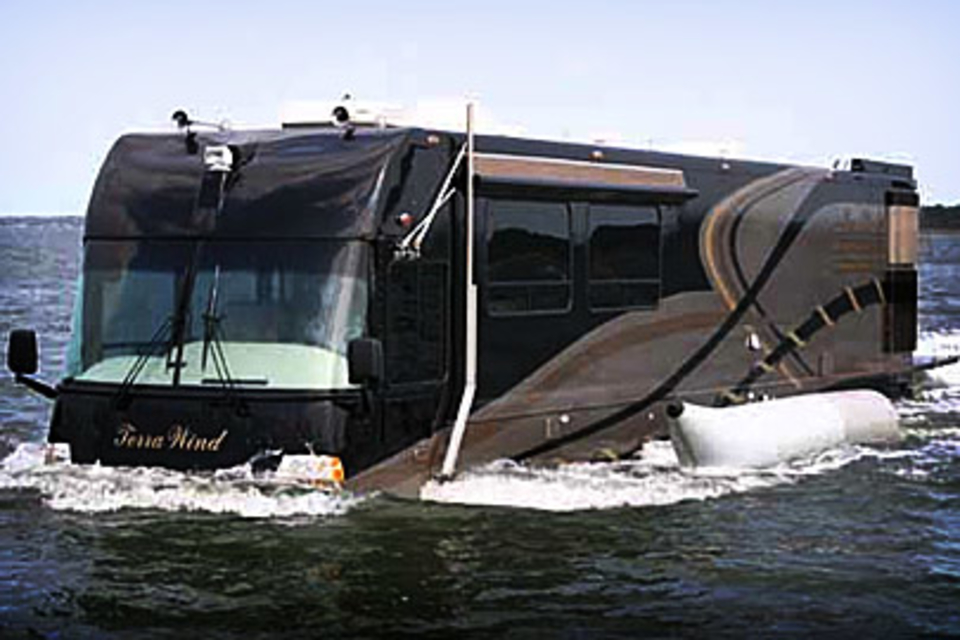 The 42.5-foot RV-yacht combo features an aluminum hull, a porch that doubles as a swim deck, a padded leather dashboard resembling an aircraft cockpit, an onboard computer docking system with internet access, GPS, moving maps and navigational charts. 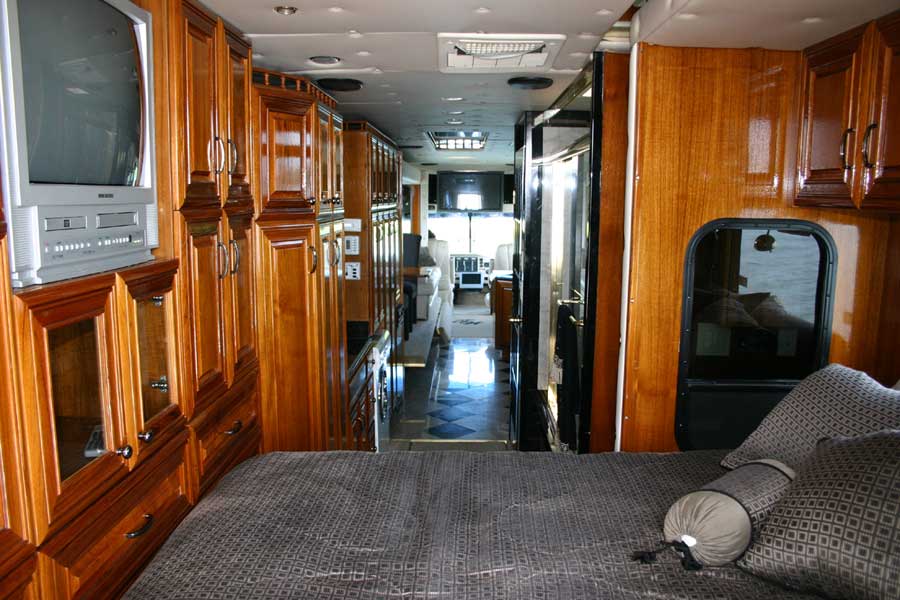 The interior of this amphibious vehicle is fully customizable in terms of floor plan, floor coverings, cabinetry, electronics, entertainment systems and built-in furniture, and includes a fully-loaded kitchen and home theater. You can even have a mirrored ceiling, if so desired. 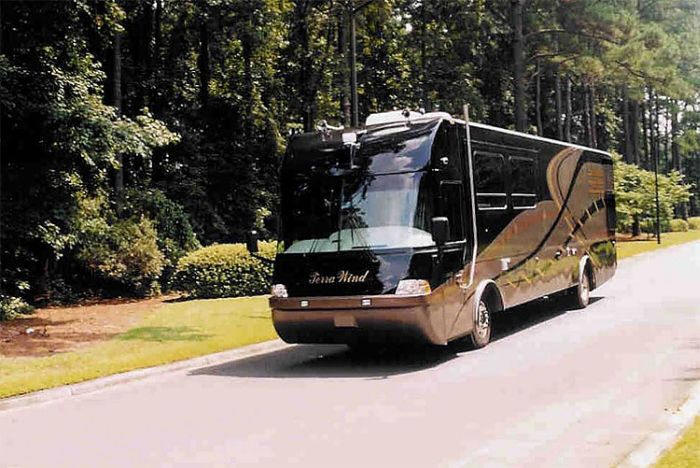 All of the vehicle’s heaviest components, including the diesel engine and fuel tanks, were installed in the lowest part of the hull to prevent it from capsizing, and the three-section hull is specially designed to make it stable in the water. You might imagine that all of that extra weight would make this thing crawl on highways, but it can reach speeds of up to 80 mph. The most basic model starts at $850,000.

Despite all reassurances, you’d probably have to put a lot of trust into the manufacturer that this thing isn’t going to tip over or sink in the water, given how rare vehicles like this are. Plus, you can really only enjoy the water from one narrow doorway on the back end, unless you climb up onto the roof. One also has to wonder just how poor the gas mileage is on a vehicle this cumbersome. But obviously, there are some folks out there that want  to purchase the Terra Wind Amphibious RV and vehicles like it. Would you?