Just three of the world’s most precious tea bowls still exist. Made from a type of pottery called “Yohen Tenmoku,” one of the remaining original bowls is currently in Osaka, another in Kyoto, and the third in Tokyo. Nobody knows exactly who made them or how they were made, only that it was likely in the Nan-So region of China during the Song Dynasty, between the 12th and 13th centuries CE.

Made with a base of blue-black glaze dotted with oily-looking spots, the bowls were likely unappreciated in China, where rainbows were considered unlucky. Somehow, a number of them made their way to Japan, where they were prized by collectors and valued for use in tea ceremonies. The style was eventually recreated by Japanese ceramicists, but today only a small number of artists still work with the style.

The beautiful crystalline patterns on the bowls appear spontaneously during the firing process, which are different from the “oil spots” found on other forms of pottery baked in the Jian kilns of China. Modern potters, for all their new techniques and technology, can’t seem to replicate the workmanship of the originals. 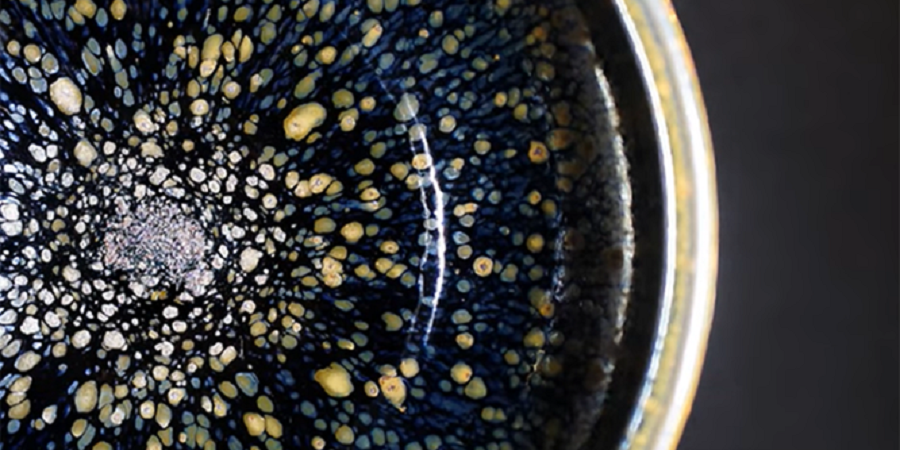 A new crowdfunding campaign called “TENMO” pays tribute to their uniqueness while enhancing the qualities that make them look like “the cosmos in a cup.”

The campaign’s official Kickstarter page reads: “Tenmoku, also known as Jian Ware, is a legendary, precious type of porcelain that produces unique designs that are both mystical and unpredictable. It’s impossible to produce two identical Tenmoku porcelains. The name of Tenmoku comes from the word ‘Tenmo(天目).’ It means the eyes of the sky in Chinese and Japanese.” 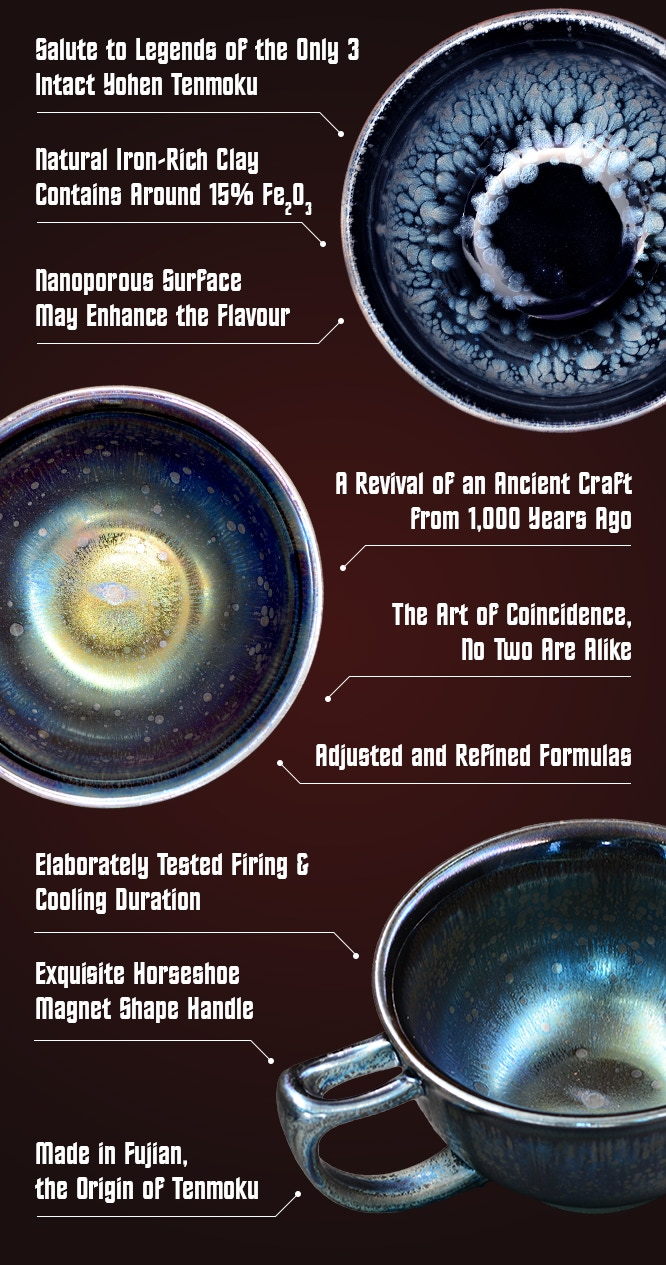 TENMO founder Tom Fu adds that “other than just being a cultural symbol, many elderly people from China and Japan appreciate Tenmoku for its potential ability to soften water and enhance flavor thanks to the special clay and glaze used to produce [it]. One time when I was getting my morning cup of coffee, I serendipitously used a Tenmoku teacup for my coffee instead of my normal coffee cups. The feeling I got when drinking my coffee out of the Tenmoku was unlike anything else I had experienced with common coffee cups.”

“Drinking my morning coffee out of the Tenmoku that day made me realize that there are no authentic Tenmoku coffee cups on the market currently and that the delicate and exquisite designs of Tenmoku perfectly match the elegant and fine flavors of coffee.”

The result is a Kickstarter campaign aiming to revive the tradition, created by an engineer of magnetic materials in collaboration with master ceramicist Sun Whenzha. They’re made of the very same natural iron-rich clay from Fujian, China that created the originals, and they feature a nano-porous surface that’s believed to enhance the flavor of coffee and tea. 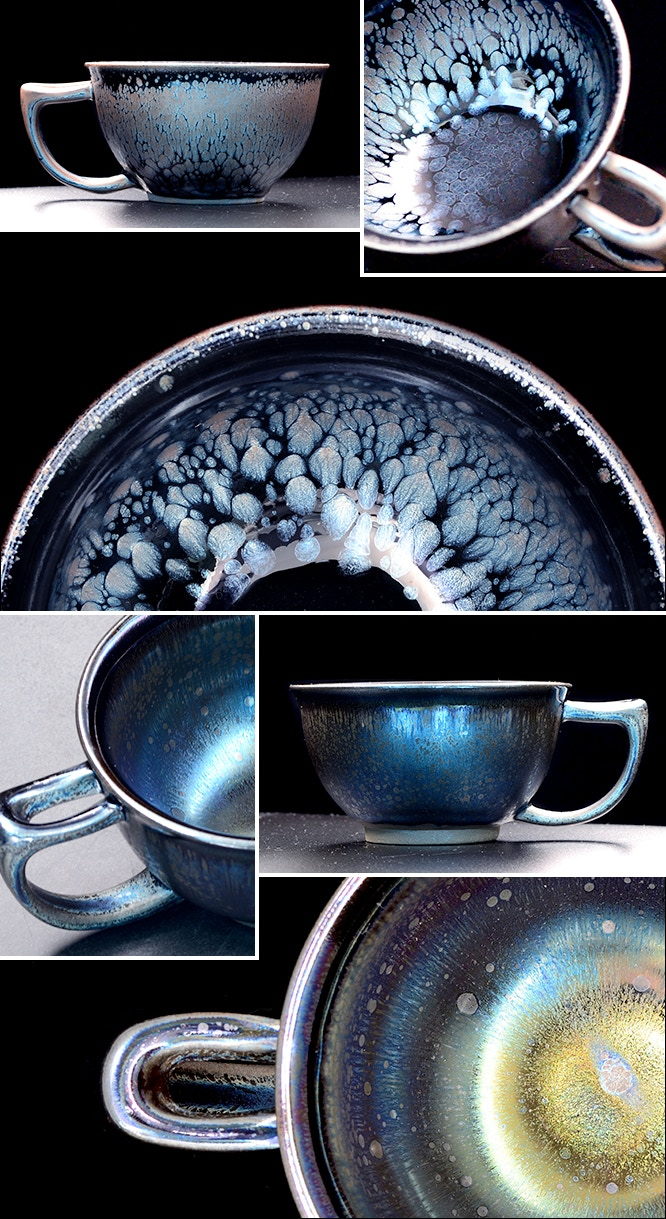 The TENMO campaign page contains lots of fascinating details about the science behind the clay and why its iron content affects the glaze in a way that produces these gorgeous nebula-like patterns. And while the campaign itself may have already ended, you can still follow the project to be notified when the cups are made available to the public.