Rising and twisting above the calm streets of Calgary, Canada is Telus Sky. Although it is still under construction, this 58-story mixed-use tower is already being seen as an outlier for the western Canadian city. When asked why their particular project should be praised, the developers point to Calgary’s lack of evolution and ambition with respect to the built environment.

As the home of many Canadian oil and gas companies, it’s safe to say Calgary has experienced more than its fair share of boom and bust cycles. In boom times, Canadians from across the country have moved there by the thousands in search of work in the natural resource and construction sectors. There have even been stories of fast food restaurants offering high-paying salaries to coax prospective employees into working for them. Of course, when the price of oil drops low enough that it’s cheaper to leave it in the ground than it is to extract it, Calgary suffers from an exodus. This is when the party is over.

As a city, Calgary is looking to shake up the cyclical nature of its economy by doing what most major cities around the world are already doing: embracing technology and creative professionals. In recent years, things like the building of the National Music Centre and the population’s reluctant acceptance of public art installations have aided in the effort to re-brand Calgary. When completed, Telus Sky hopes “to be at the forefront of a transformative shift in Calgary’s work culture.” Designed by BIG in collaboration with Dialog, the tower will house retail and office spaces on its lower floors and 341 residential units on its upper ones. As the building continues to rise, tapered floor slabs will eventually give each resident some expansive views of the southern Albertan landscape. 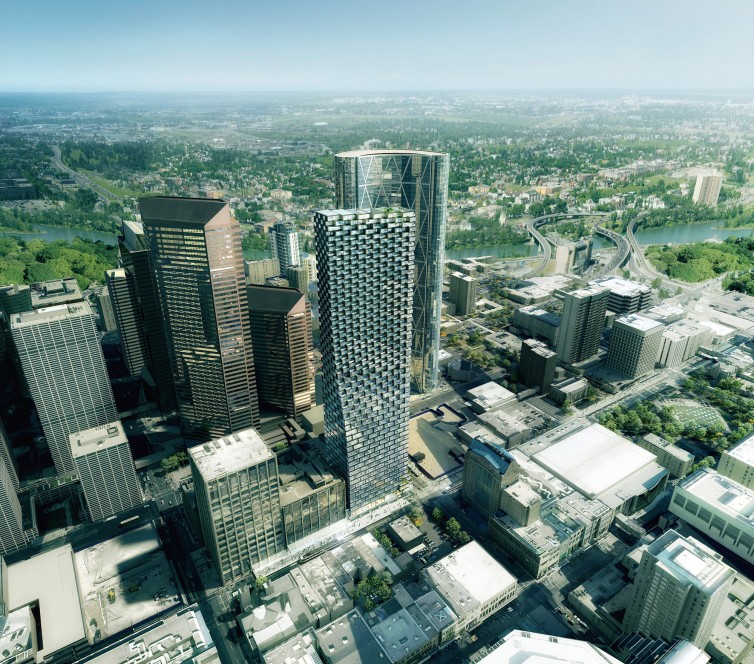 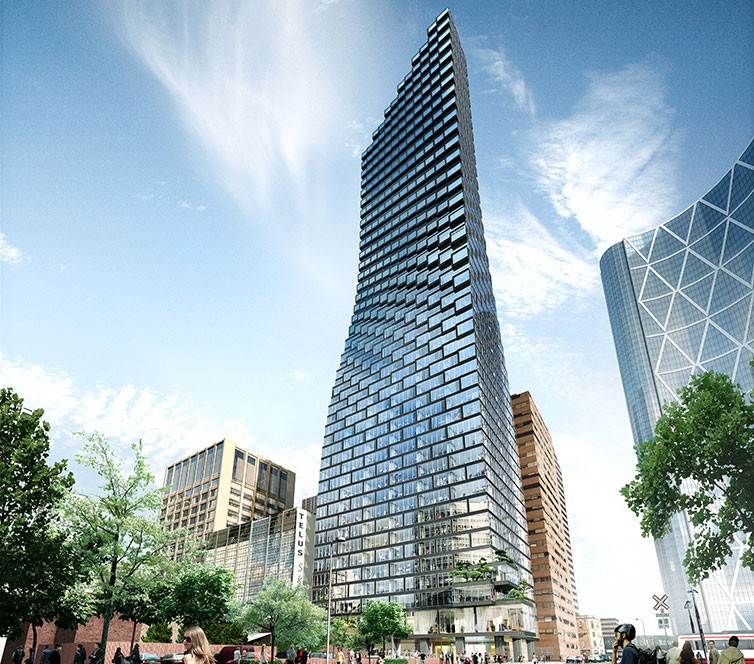 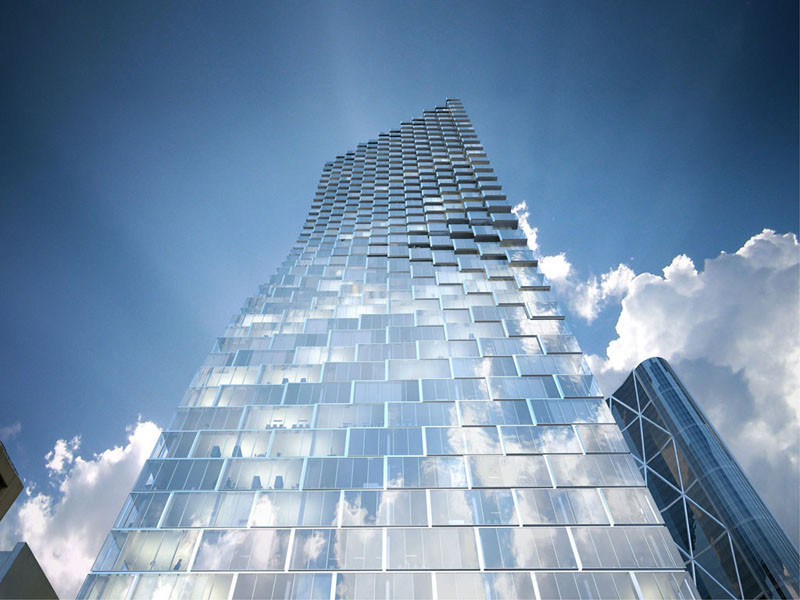 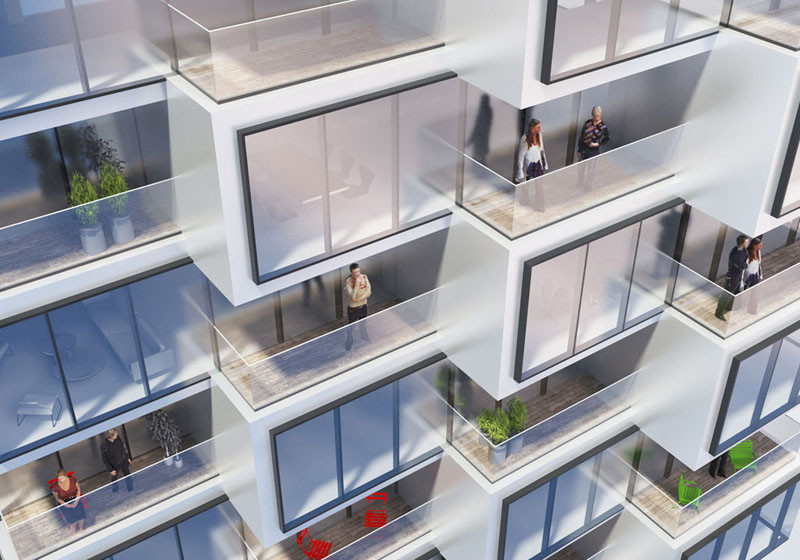 The building’s north and south facades will be illuminated by a public art installation called “Northern Lights.” Canadian visual artist Douglas Coupland placed 600 LED bulbs in select window frames to create 12-minute-long light sequences that mimic the Artic phenomena known as the northern lights – something that is rarely seen in southern Canada. Every hour from sunset to sunrise, the sequences will play five times. When Telus Sky opens in early 2019, its sinuous exterior will make a fitting canvas for Northern Lights, which itself will be the largest public art project Calgary has ever seen. Coupland is even developing a free app that will allow people to interact with the installation. 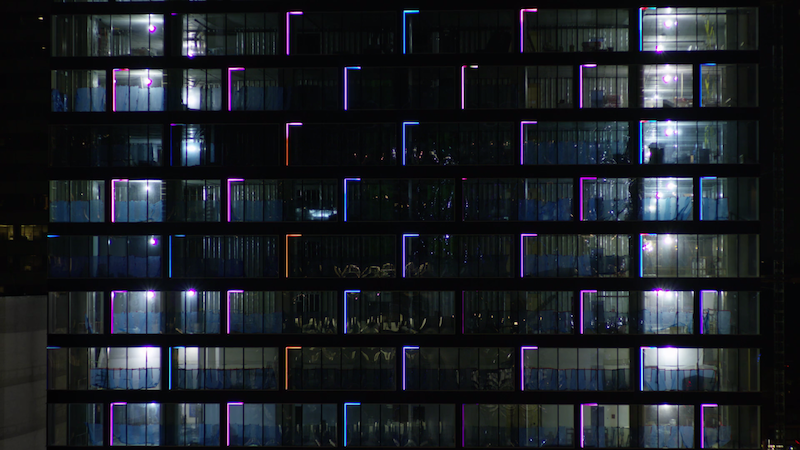 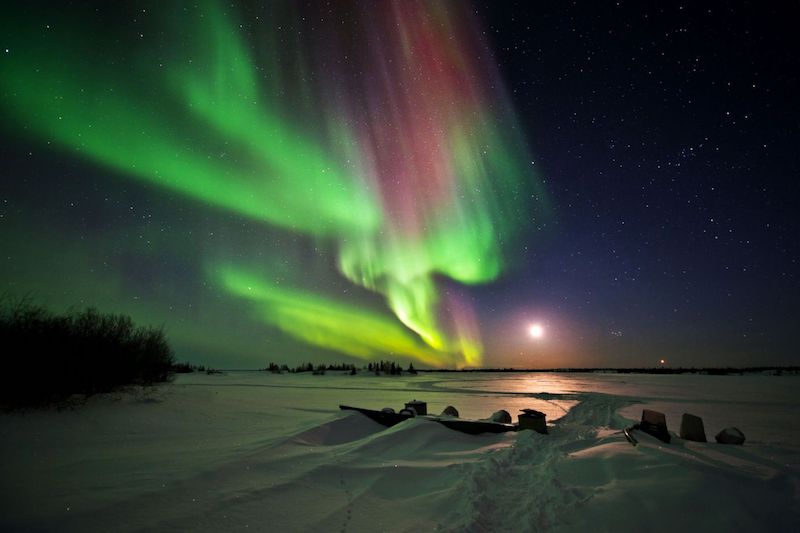 For Telus Sky to truly transform Calgary’s corporate downtown into an exuberant live-work neighborhood, it has to be more than just a light show in the sky. It’s hard enough for a building to change the culture of a single neighborhood, let alone that of an entire city, but it can definitely help start a conversation. Shifting the dynamics of a city’s economy takes many years, but it is possible, particularly through grassroots ingenuity. If they dedicate themselves to the cause, settled Calgarians – the ones who stay behind when times are tough – will be able to make their city’s downtown a place people want to live in and explore, even after hours.