Not too far into the future, we could ditch the need to recharge our wearable electronic devices and simply power them with our own sweat. Researchers at the University of Massachusetts Amherst have created a biofilm that sticks to your skin like a Band-Aid, harvesting energy from sweat as it evaporates and converting it into electricity. Incredibly thin and small, it consists of a group of bacterial cells about the thickness of a sheet of paper produced naturally by an engineered version of the bacteria known as Geobacter sulfurreducens. 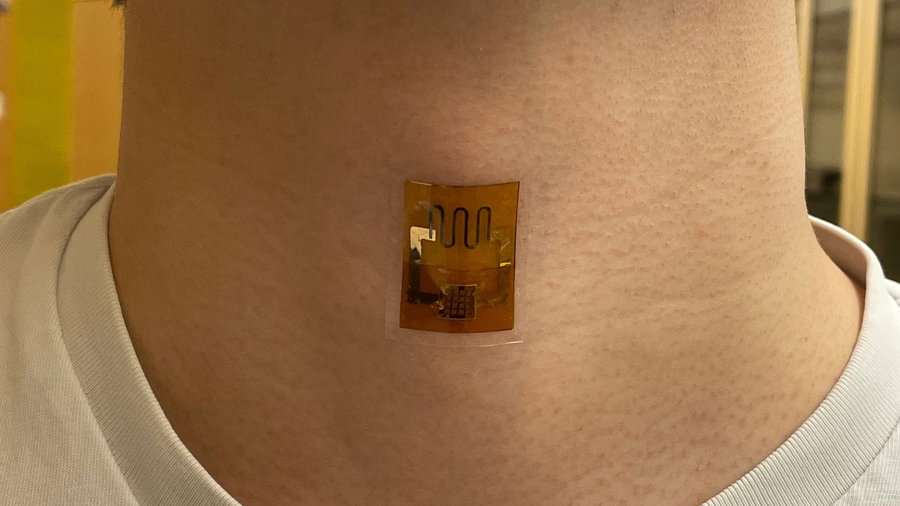 The bacteria grows in colonies that look like thin mats, with individual microbes connected to each other through a series of natural nanowires. It’s already known to produce electricity, having previously been used in “microbial batteries” capable of powering electronic devices. However, because the bacteria used in those batteries were alive, they had to be fed constantly in order to work. This new biofilm doesn’t need that kind of input and care because the bacteria is already dead.

“It’s much more efficient,” says Derek Lovley, Distinguished Professor of Microbiology at UMass Amherst. “We’ve simplified the process of generating electricity by radically cutting back on the amount of processing needed. We sustainably grow the cells in a biofilm, and then use that agglomeration of cells. This cuts the energy inputs, makes everything simpler, and widens the potential applications.”

The bacteria is able to take advantage of a “huge, untapped source of energy” that we don’t often consider: evaporation. We’re only just beginning to learn about the possibilities, but some scientists believe harnessing evaporation as an energy source could provide truly sustainable electricity free of toxic byproducts or the need to mine rare minerals. Eventually, evaporation engines could be placed above bodies of fresh water, irrigation fields, and greenhouses. Most current prototypes for larger-scale evaporation engines don’t make use of bacteria, instead incorporating materials that shrink as they dry, pushing and pulling with a lot of force.

“This is a very exciting technology,” says Xiaomeng Liu, graduate student in electrical and computer engineering in UMass Amherst’s College of Engineering and the paper’s lead author. “It is real green energy, and unlike other so-called ‘green-energy’ sources, its production is totally green.”

The biofilm produced by UMass works by growing bacterial mats and then etching small circuits into them using lasers. Once etched, the biofilm is sandwiched between electrodes and sealed in a soft, sticky, breathable polymer that can be safely and comfortably applied to the skin. The biofilm is then able to “plug in” to moisture on the surface of our skin from sweat, which is constantly present even if we don’t feel sweaty. That energy is enough to power small devices, even when the biofilm patch is very small. 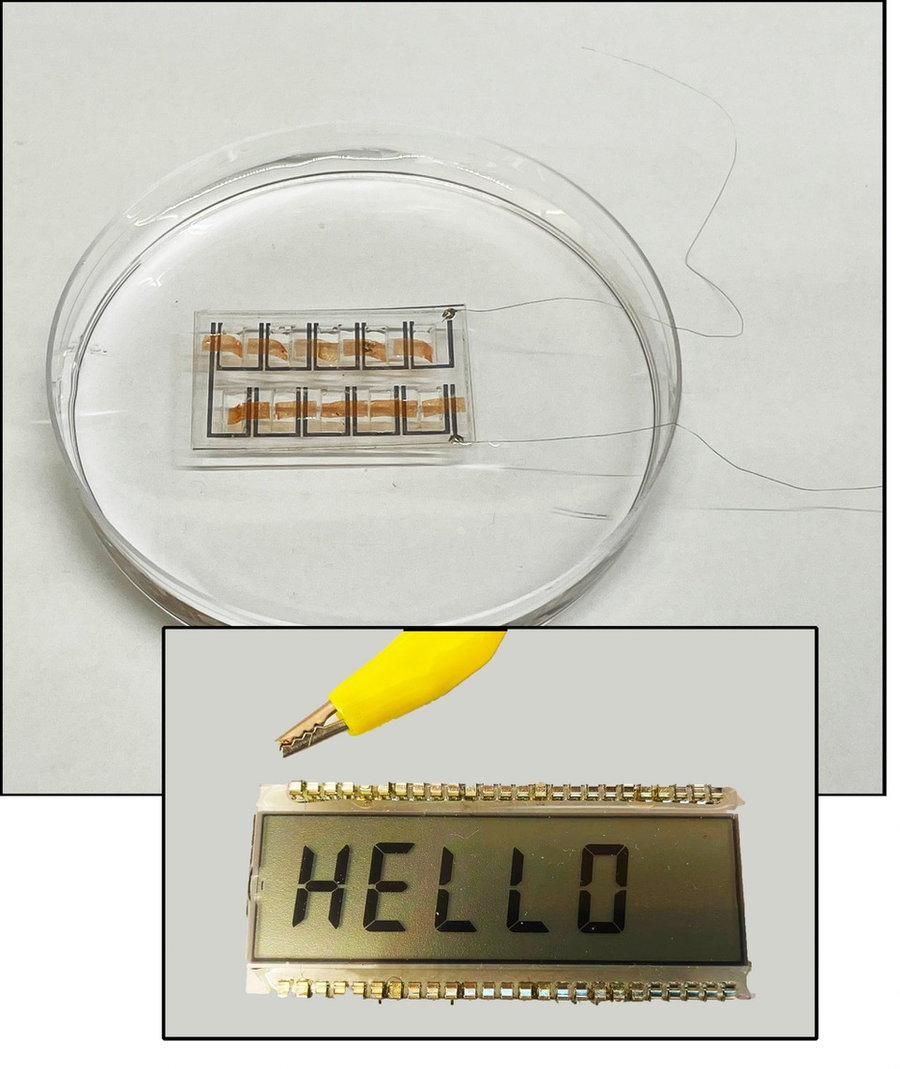 “Our next step is to increase the size of our films to power more sophisticated skin-wearable electronics,” says Jun Yao, professor of electrical and computer engineering at UMass, and the paper’s other senior author. Liu adds that eventually, the team hopes its biofilm will be able to power entire electronic systems instead of just small devices.