If you’re afraid of heights, peering down the center of a spiraling staircase from the highest level can already be a little unsettling. But when that center never seems to stop, continuing down, down, down into unimaginable depths, you might start to question your sanity. 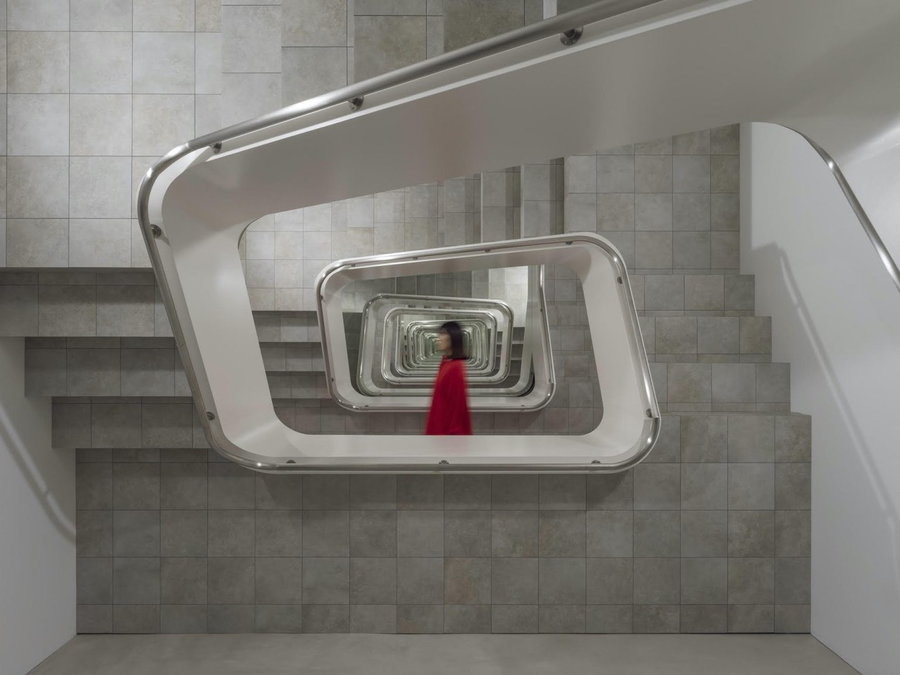 That’s precisely what visitors are faced with at KAMU Kanazawa contemporary art museum in Kanazawa City, Japan. “Infinite Staircase” is part of a group exhibition called “The Power of Things,” and it’s a new variation on a familiar theme from artist Leandro Erlich, a master of surreal sculptures and optical illusions. The installation aims to challenge viewers’ perceptions of space and encourage them to question their grip on reality.

Looking at it in photographs, it’s hard to tell exactly how it works, except that it’s actually installed horizontally into a wall rather than vertically into an opening between multiple floors. It’s also unclear exactly how many layers of the installation are real versus illusion. Pictured from above, visitors navigating the sculpture seem to be floating sideways (or dangling dangerously) above an endless void.

A behind-the-scenes photo posted on Instagram by KAMU provides a little more clarity. As the installation is assembled, multiple layers of materials and mirrors distort the reality of the scene. Another photo shows what the installation looks like when viewed from the side. It’s all a matter of perspective. 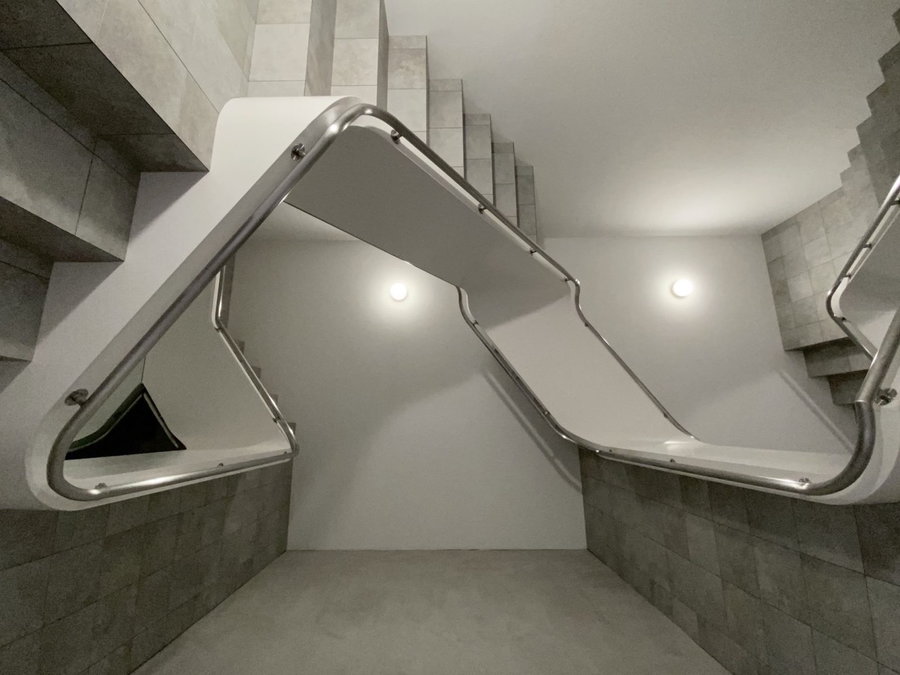 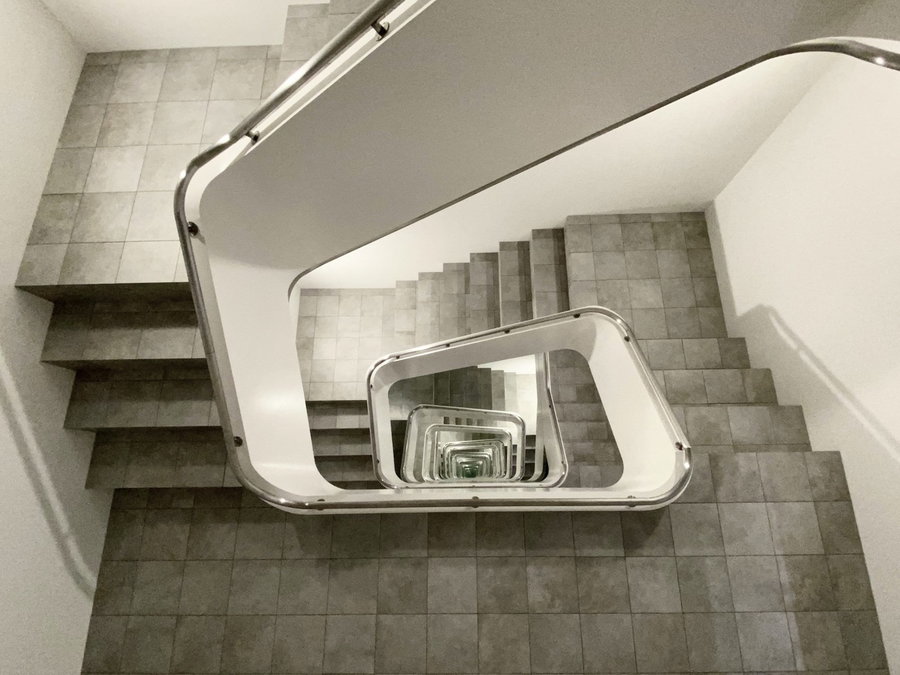 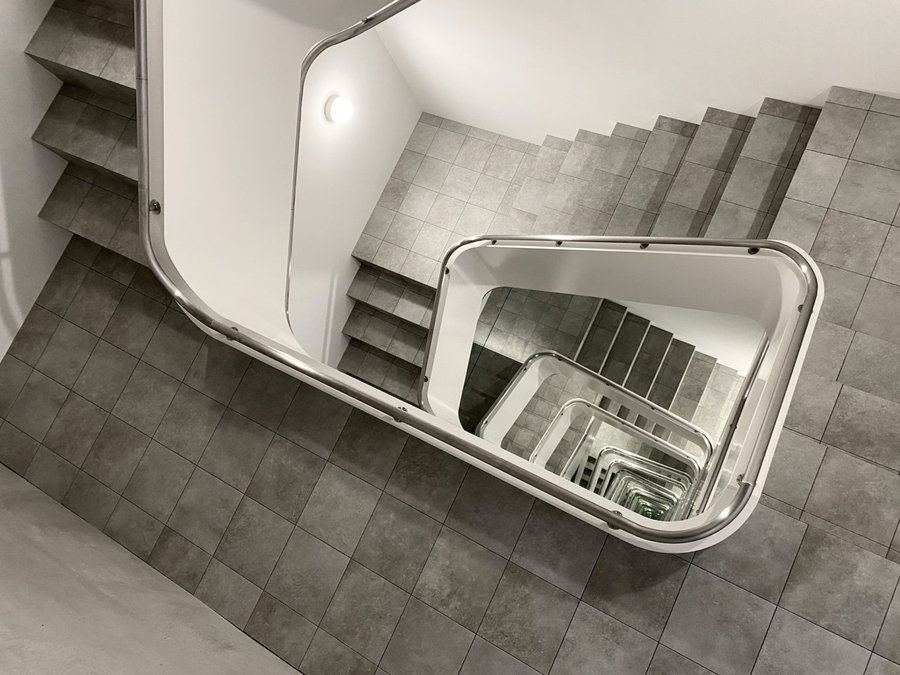 A previous work by Erlich, simply titled “Staircase,” takes a similar approach to mind-bending imagery. First created in 2005, the sculpture was inspired by a trip to a department store in Tokyo. “The staircase is symbolically a meeting place to me,” he told Japan Times in 2014. “But I wondered what would happen if such a staircase lost its function.”

For some people, gazing into the infinite staircase and seeing the steps as walls might result in a bit of vertigo. For others, it might feel frustrating, because it actually doesn’t go anywhere at all. Erlich, raised by architects in Buenos Aires during a military dictatorship, says that growing up in an environment when “we could not see a thing freely as it was” influenced his views about what constitutes reality. 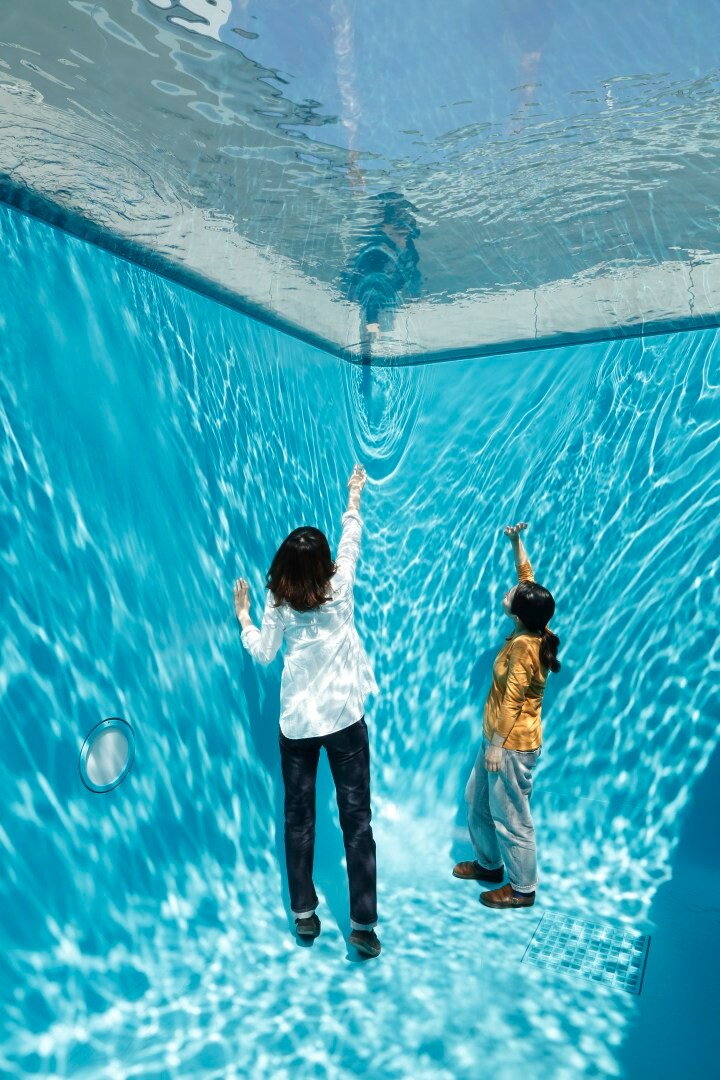 “Swimming pools, staircases, and elevators are ordinary places that we never question, as we think we know about them already,” he says. “But is that true? Do we really know them? When we were children, the world was full of wonder and surprise, even in the everyday life. But as we grow older, we are less surprised by things around us because they become too familiar. I resist having a fixed view of things. There are many other ways to see reality.” 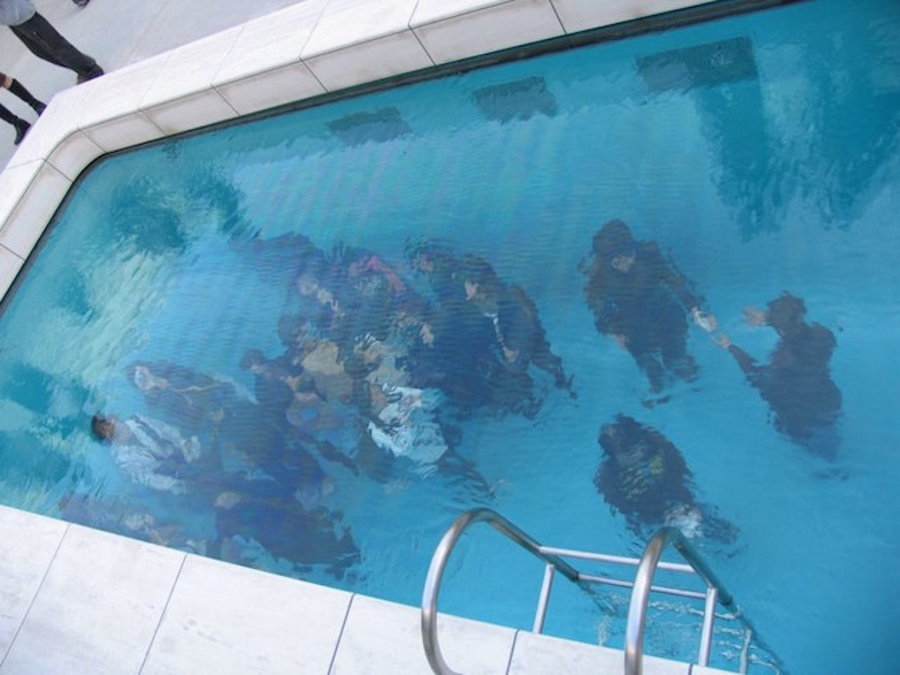 One of Erlich’s most popular works is “The Swimming Pool” (2004), also known as “Leandro’s Pool.” Permanently installed in the courtyard at KAMU and and forming an essential part of its architectural design by SANAA, it remains the museum’s single biggest attraction. A shallow layer of water shimmers on a reinforced glass sheet, underneath which sits one of the museum’s interior spaces. Subsequently, visitors milling around inside look like they’re underwater.