Mexico has long been a popular tourist destination, attracting hordes of visitors who want to explore the wealth of natural wonders it has to offer each and every year. From the Caribbean shores and cenotes of the Yucatan Peninsula to the Pacific charms of the Oaxaca coast and the hustle and bustle of Mexico City, this incredible country has much to offer tourists. Mexico’s tourism industry continues to grow steadily, and this is an attractive prospect for big hotel developers looking to invest in the North American market. Big-name brands are establishing themselves in Mexico’s coastal nooks and crannies at an increasing pace, and one of the latest ones to take advantage of the country’s popularity is W Hotels. Their new offering is nestled in the tiny surfing town of Punta Mita, which itself is located near the big holiday resort of Puerto Vallarta on the Pacific coast. 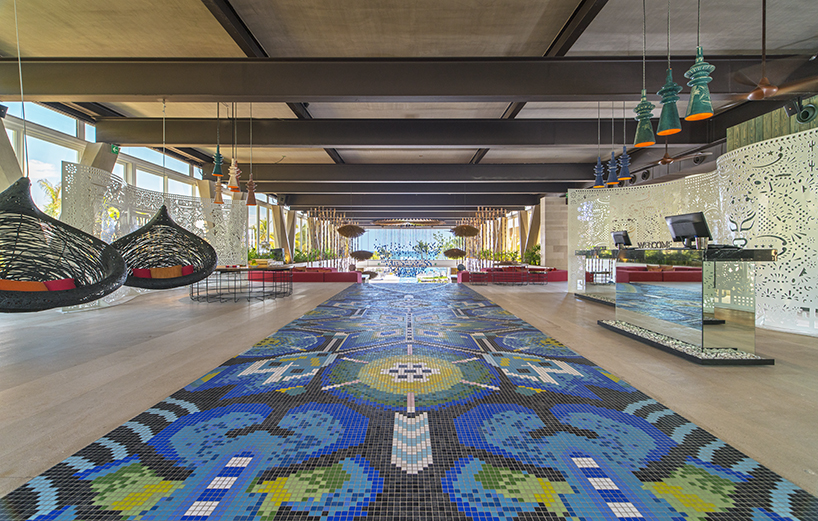 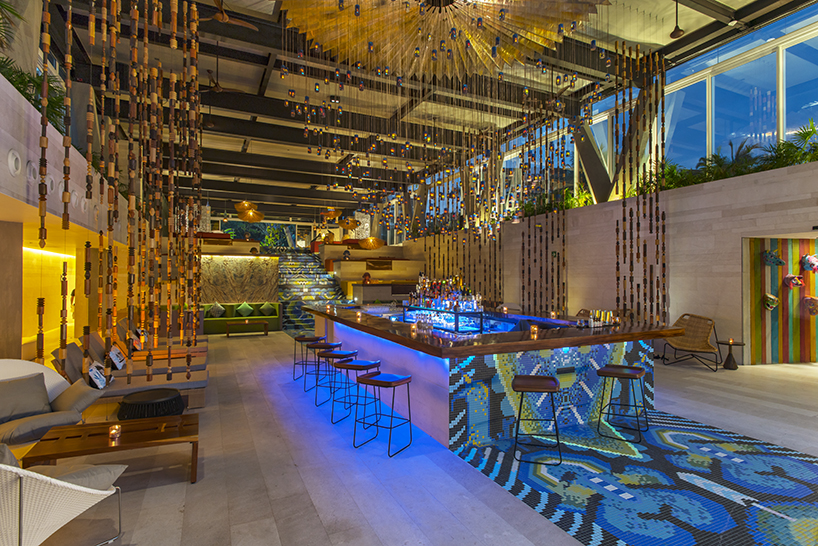 Situated on Mexico’s Riviera Nayarit, the W Punta de Mita is heavy on design and even heavier on nature. Taking its cues from native history and the surf culture that the region is famous for, the W Punta de Mita was designed by Oakland-based architects Mister Important Design in collaboration with local firm AOMA. The hotel makes up part of the “Los Veneros” multi-use development, which resides on a coveted oceanfront setting. Operated by Starwood Hotels, whose in-house design team was also involved in the creation of this stunning hotel, W Punta de Mita’s design takes into account the incredible natural features around it. As such, the existing trees on the site were not disturbed at all during construction. The hotel also takes advantage of the expansive ocean by using large amounts of glazing to capture panoramic coastal vistas. 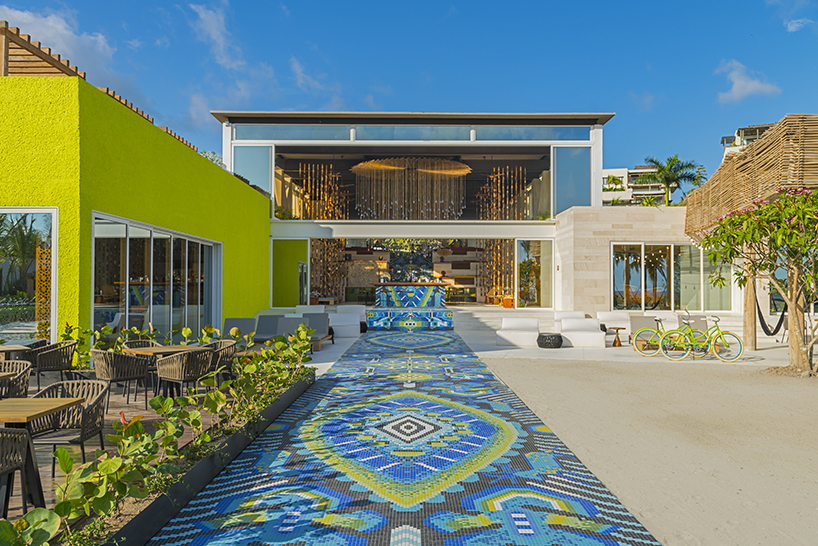 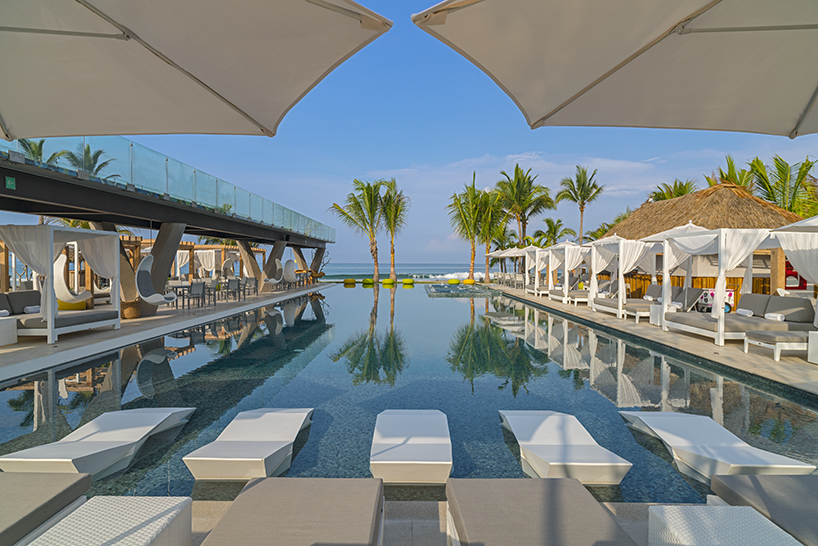 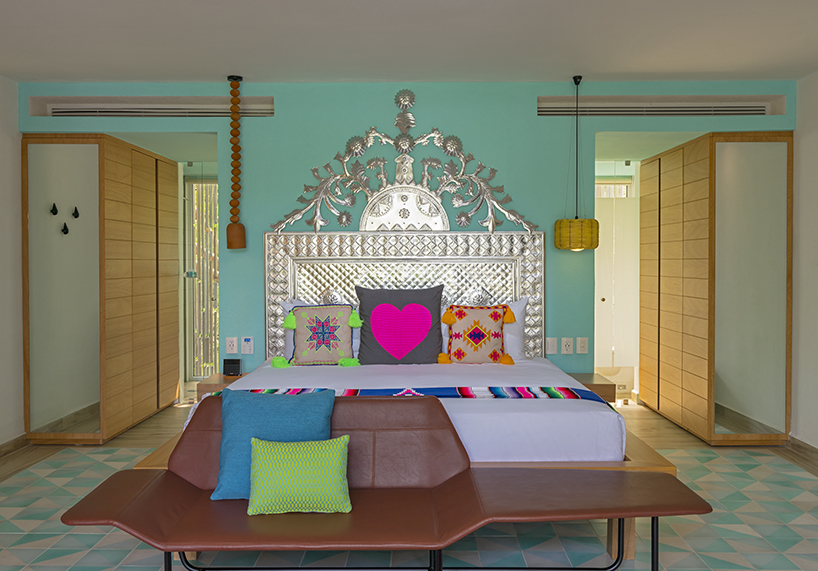 The hotel’s 119 guest rooms and suites have also been designed in a thoughtful yet fun manner, all of them playing with the colors and textures that Mexico is renowned for. The hotel’s architecture and interior design are partly inspired by the mythology, folklore, characters, and patterns from the indigenous Huichol people, who themselves are native to the area. A nine-foot-tall Huichol statue greets guests at the entrance. They’re then treated to a wide array of sensory delights in the form of local handicrafts adorning the reception and common areas and a 460-foot-long mosaic entitled the “Camino Huichol,” a colourful pathway that runs through the “Living Room” (lobby) and out onto the breathtaking “WET” deck, which in turn terminates in a jetty that stretches out into the ocean. 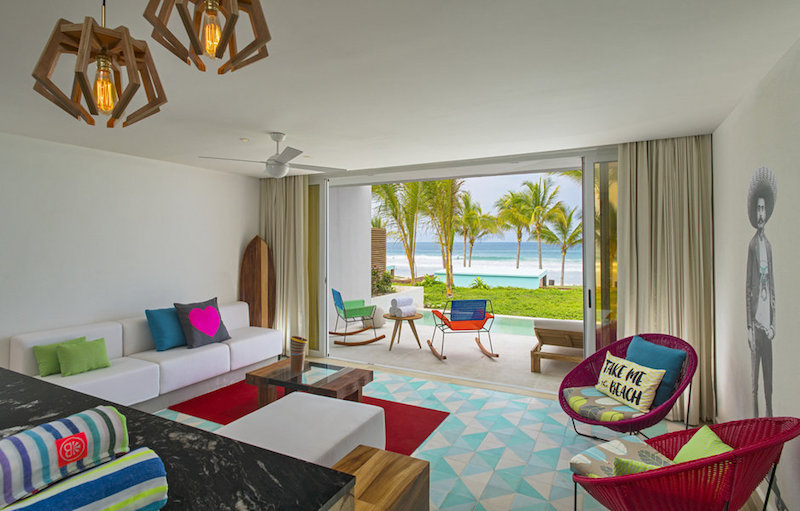 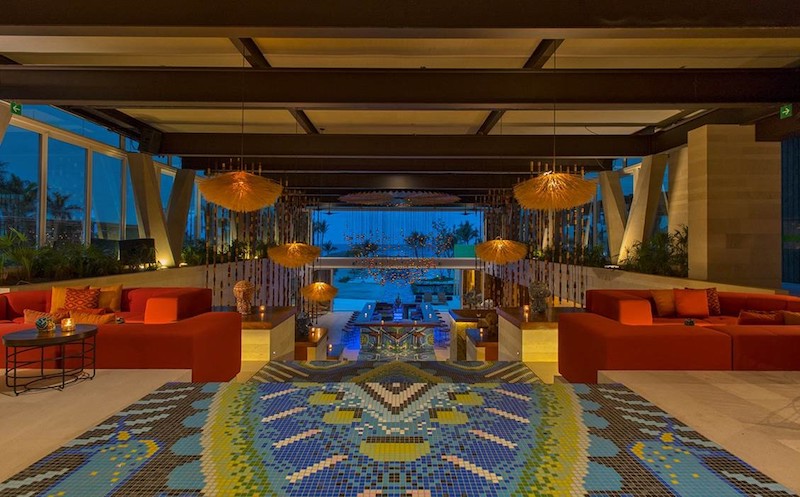 Continue reading below
Our Featured Videos
The concept of the hotel centers around open common areas such as the “Living Room,” which replaces the traditional lobby, and the central bar, which has lots of adjoining lounge areas that guests can relax and mingle in. Art also takes center stage in the hotel, with four giant murals by local street artist Nacho Bernal lining a few of its interiors. Each mural depicts a different vision of the surrounding Punta Mita area as interpreted by the artist and W Hotels. The hotel also boasts an impressive 4,000-square-foot spa and wellness center — the perfect place to relax and recharge if spending all those hours on Mexico’s pristine Pacific coast becomes a little too much for you.