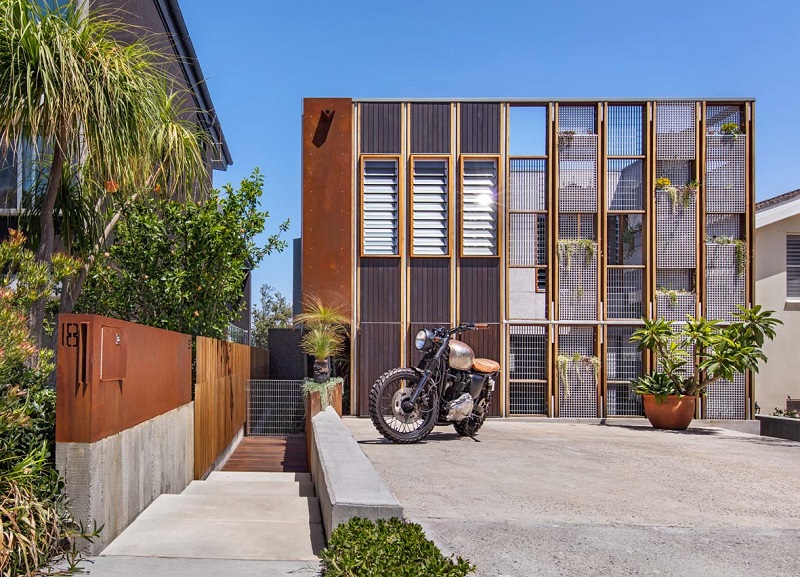 What can you do with a narrow building plot that’s surrounded by unappealing views? CplusC, an architectural workshop based in Sydney, Australia, was charged with the task of turning such a space into a comfortable home for a single family. It’s not easy to create a tropical oasis with plenty of access to fresh air, sunshine, and greenery in the heart of a concrete jungle. The final designs for “North Bondi” met and surpassed the clients’ exacting expectations and were organized around the idea of a central glass-walled swimming pool. 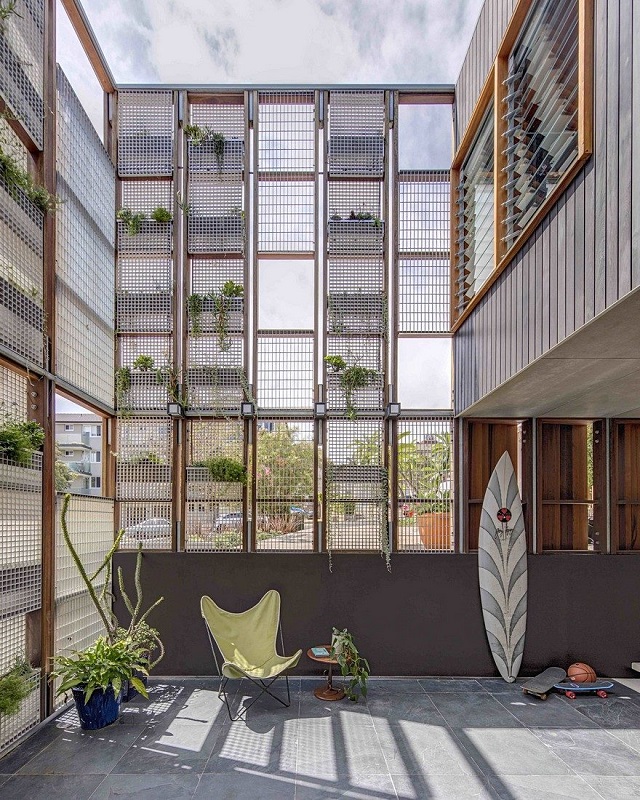 One of North Bondi’s most distinguishing features is its facade, which seems to be made from pieces of steel grating and wraps around the entire structure. In reality, these pieces are specially-made feature panels, and they are all equipped with plumbing and LED lighting. As time passes, plants will begin to grow over the facade, living off the panels’ light and water and using them as trellises. Besides making for a convenient vertical garden, North Bondi’s exterior creates a sense of privacy from the outside world without making the home feel closed-off or limiting its exposure to cool breezes. 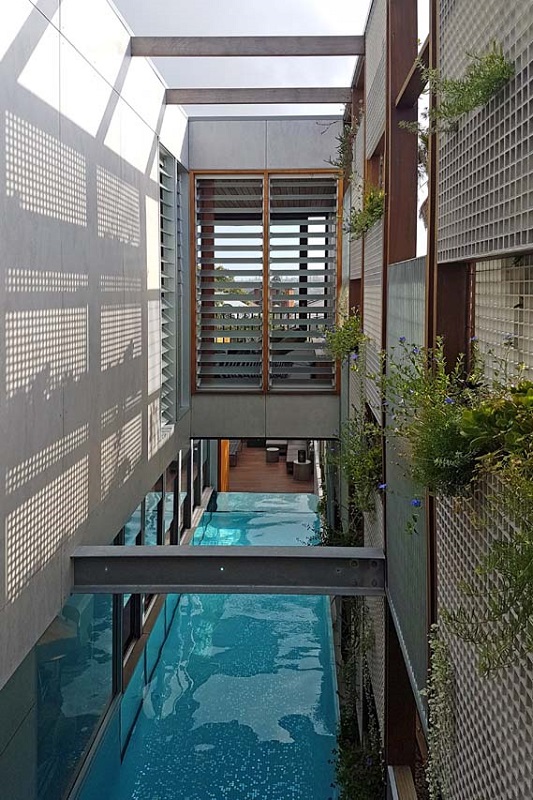 Passive solar design and natural daylighting were two of CplusC’s biggest commitments in creating this home. Subsequently, North Bondi’s entire layout was arranged around the sun. Areas that need to be kept cool are intentionally located toward the rear of the house. Of course, North Bondi’s true defining aspect is its swimming pool. The architects initially planned to make the pool from concrete but later decided to experiment with waterproof acrylic walls. The design may have been hard to pull off, but its end product was clearly worth the effort. This shimmering focal point is practically at the center of the house and is immediately surrounded by the kitchen, living, and dining areas. The home’s living room opens up to an outdoor kitchen complete with a lounge area, barbecue pit, and pizza oven. 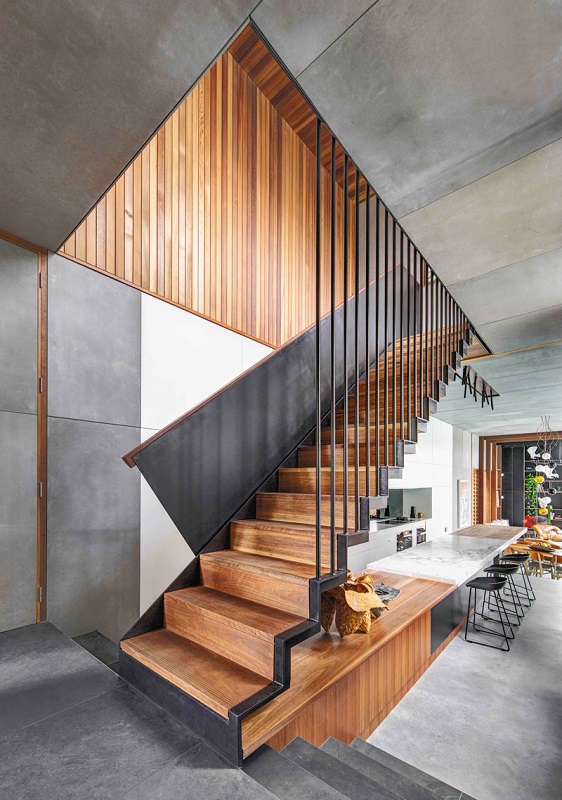 For the architects, North Bondi also represents a celebration of fine structural materials. They explain, “The craftsmanship of the build is elegantly revealed in the material palette, which includes unfinished Kobe boards, burnished concrete, expressed timber, Corten facade and steel and timber columns that celebrate the structural systems in the house. The decision to leave the materials exposed significantly increased the complexity of the build, as any flaws or short cuts in construction would be visible in the finished structure. Additionally, the primary timber/steel flitch structure that is expressed both inside and out resulted in extremely limited tolerances for cladding, lining and window installations, further adding to the construction challenge.” 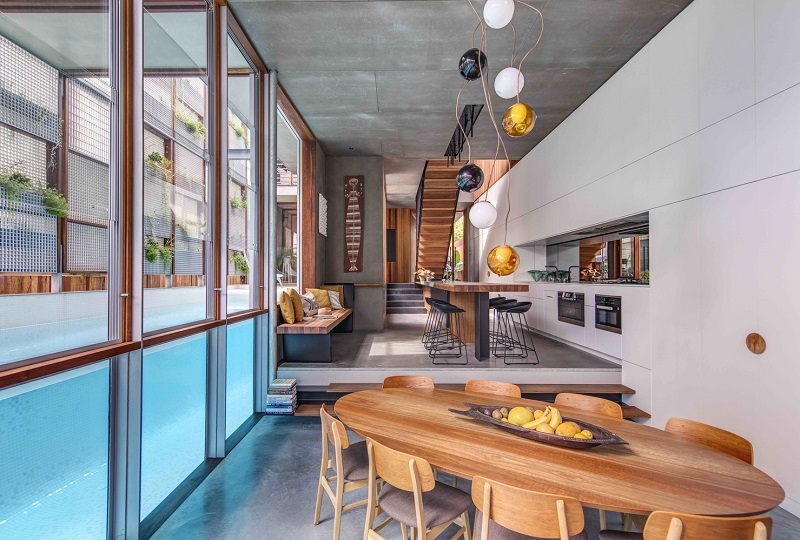 CplusC’s struggles have not gone unappreciated. The home’s wood, steel, and concrete interiors are simultaneously relaxed and luxurious and exude an organic modern flair. Can’t you see yourself napping in one of the bedrooms overlooking the pool, being cooled by a passing breeze and awakening to the gentle sound of lapping water? North Bondi’s shady screens, plants, courtyards, and water features make life in a subtropical climate as tropical as it can be.