Most of us dream of one day owning a home of our very own. For designers, it can sometimes be a dream to design that home, too. Now, one Utah-based architect has gone so far as to design and build a house for himself. 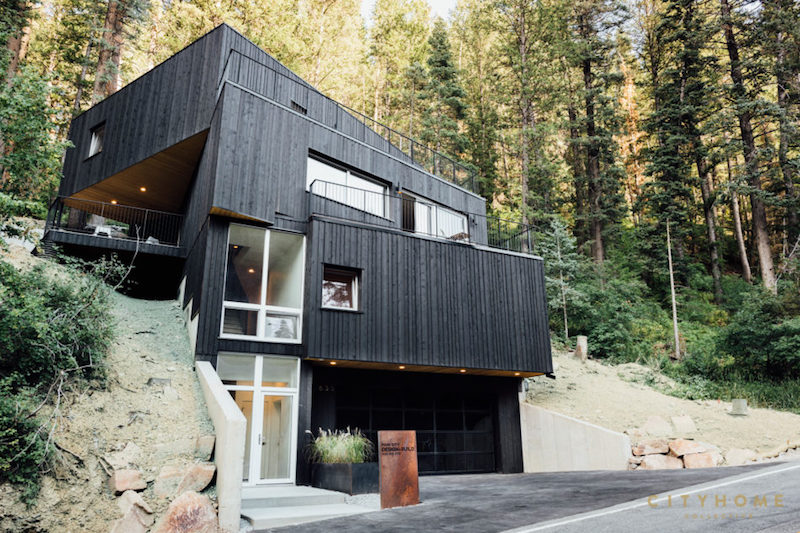 Chris Price owns Park City Design + Build, a design and construction company that “focuses on the intersection of architecture, landscape, energy performance, and happy places.” The company takes its clients through the entire design process from start to finish, helping them realize their dream homes at every step of the way. Park City’s methods and values can even be found in the house that Price built for himself: the aptly-named “TreeHaus.” 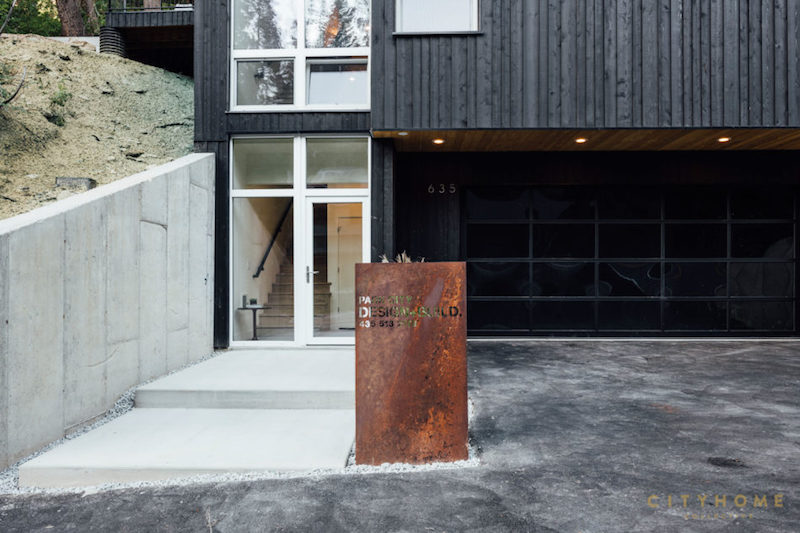 The TreeHaus is a site-specific structure that directly responds to its environment. Sited on a hill, it was designed to work with the existing contours of the land in such a way as to be staggered in stepped tiers that worked their way down the slope in an angular fashion. This arrangement was achieved by a shifting the orientation of each terraced volume, all of which sit in a hollow carved out from the hill so as to minimize their impact on the bedrock below. The external walls of these volumes are also retaining walls, which provide stability to both the house and the hill.

Officially certified as a passive house, the TreeHaus is fully capable of resisting the extreme climatic conditions in Park City, which, at an elevation of 7,000 feet, receives quite a bit of snow each year. The building’s envelope is thermally-responsive, and energy-efficient systems are utilized all throughout the interiors. The structure is clad in vertical black cedar boards that have been hung in a shingle-like manner, overlapping one another to create a rhythmic texture on the exterior. 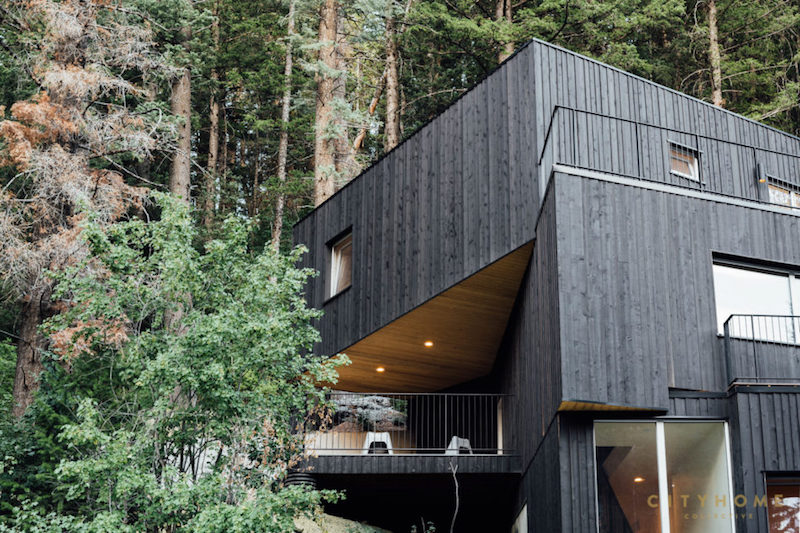 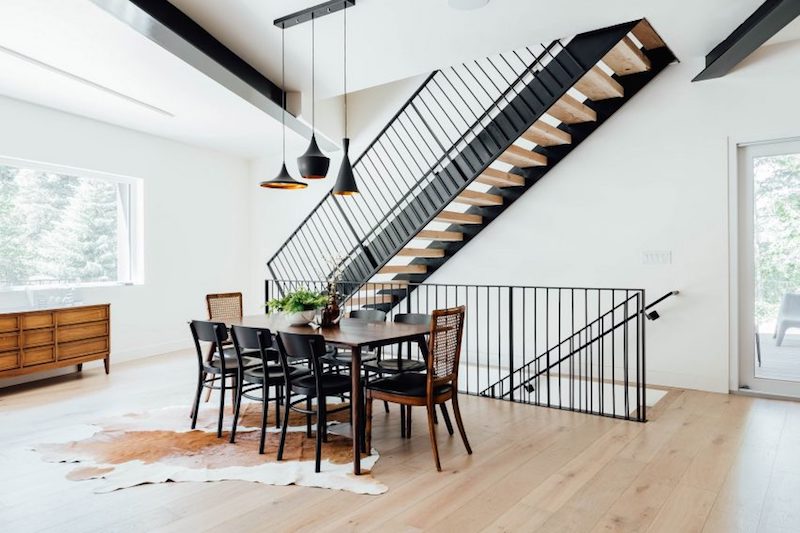 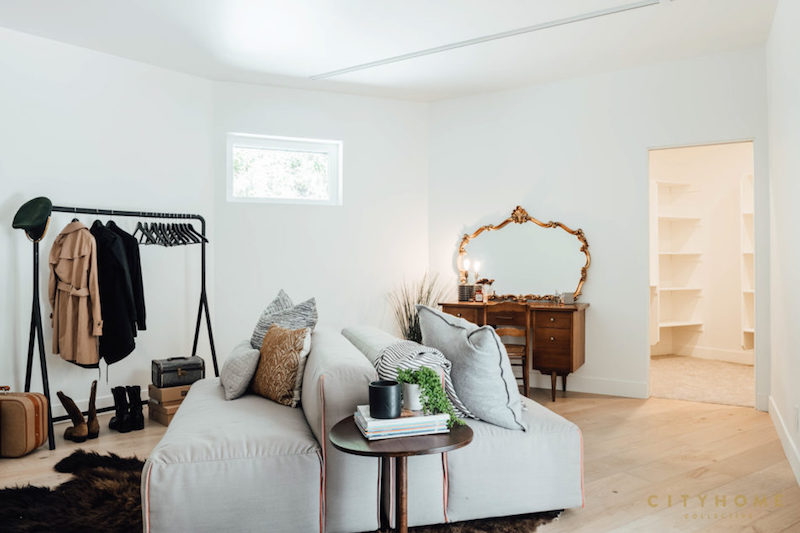 Price spoke on his design choices, explaining: “we wanted to build a home that fit into the landscape and took advantage of the highly challenging site. Each mass or level is differentiated with shifting cubes that are clad in vertical[ly] set, varying width planks. This was inspired by the massive pines that surround the house. The railings — also built by my dad and I, along with stairs — are vertically set also to mimic the treescape.”

While the railings might also be black, the home’s white window frames create a nice contrast, simultaneously hinting at the white walls, high ceilings, and airy atmosphere within. 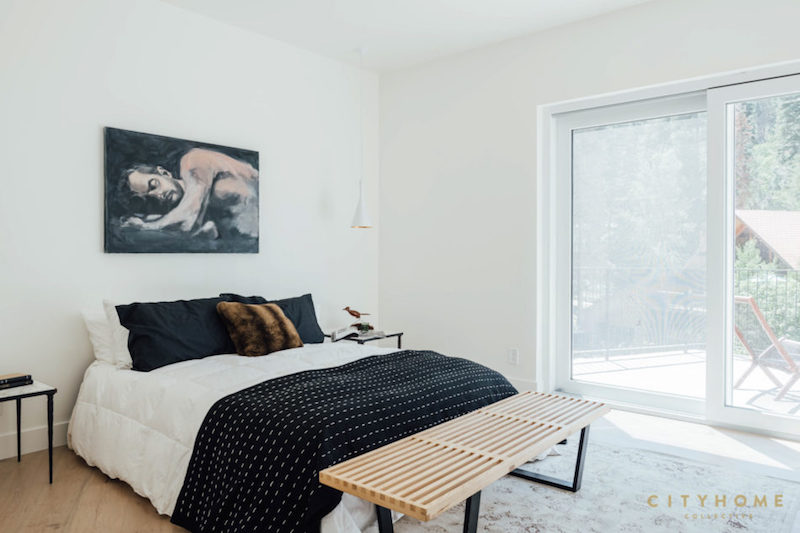 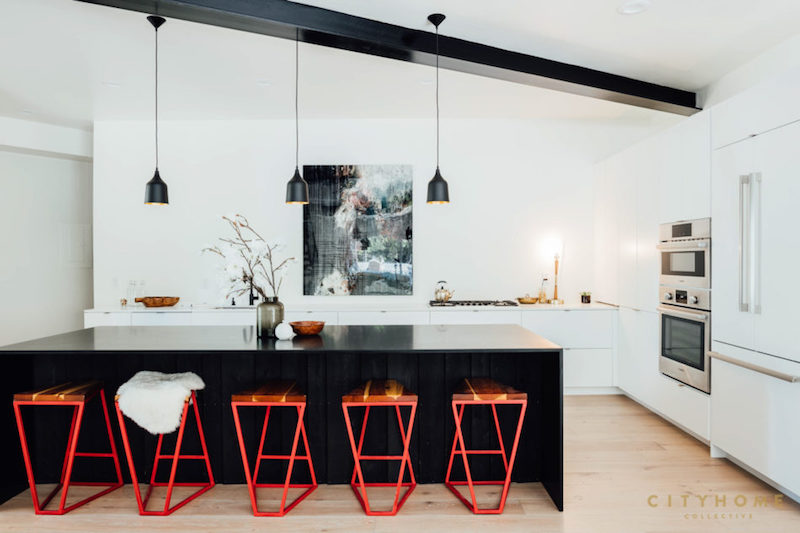 “This neighborhood is commonly known in the winter to be a dark, cold, very snowy environment,” Price explained. “The interior is a combination of lightly inspired materials to help bring light throughout the house.”

Price’s family has decorated the house in a neutral palette, incorporating gray couches and sofas, a minimalist white kitchen with red statement chairs and a black kitchen island, and pale wooden floorboards. Feature light fittings hang from the ceiling to illuminate dining and seating areas, and the artwork reflects the mountainous nature of the surrounding area.