London-based artist Stephen Wright is a man with a vision: to incorporate found objects that would otherwise be thrown away into the fabric of his home and create a unique, visual diary of his life. The ”House Of Dreams Museum” in East Dulwich is not just the place where he lives — it’s also one of his most ambitious works to date. 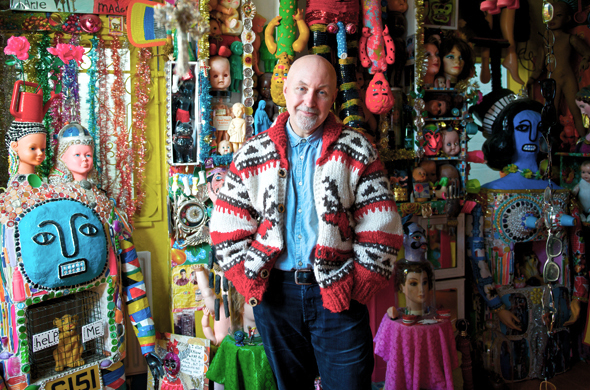 Wright explains the idea behind this concept online, stating: “In 1999 I began work on a life project THE HOUSE OF DREAMS MUSEUM in my home in East Dulwich, south London. With the help of collaborator Donald Jones, I wanted to transform my house and garden into a shrine to my own obsessions. I am fascinated with over-embellishment and intend to completely adorn and smother every available surface inside and outside the house.” 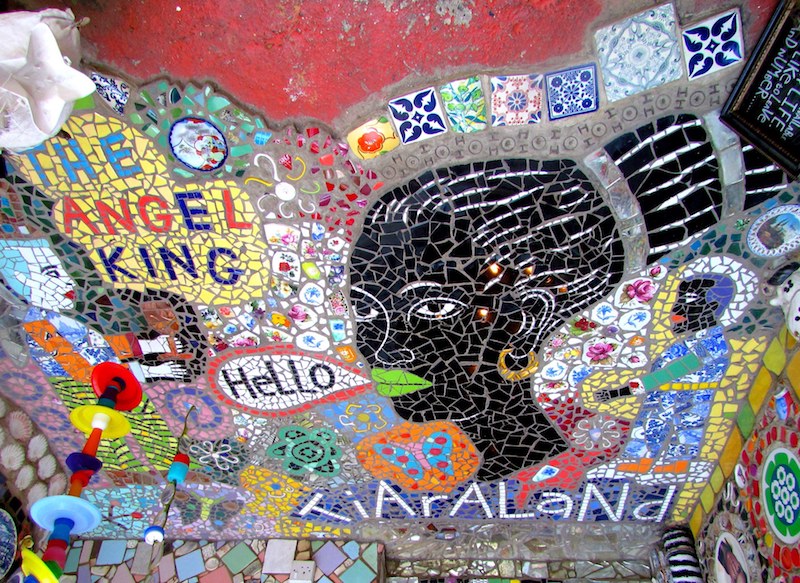 Sadly, Jones passed away just two years into the project, shortly followed by Stephen’s parents. For the greater part of the last two decades, Wright has continued to expand his House of Dreams, driven by the desire to leave a lasting work behind. In a way, Wright can be said to have created a new “family” in the house, the members of which are his own art pieces. 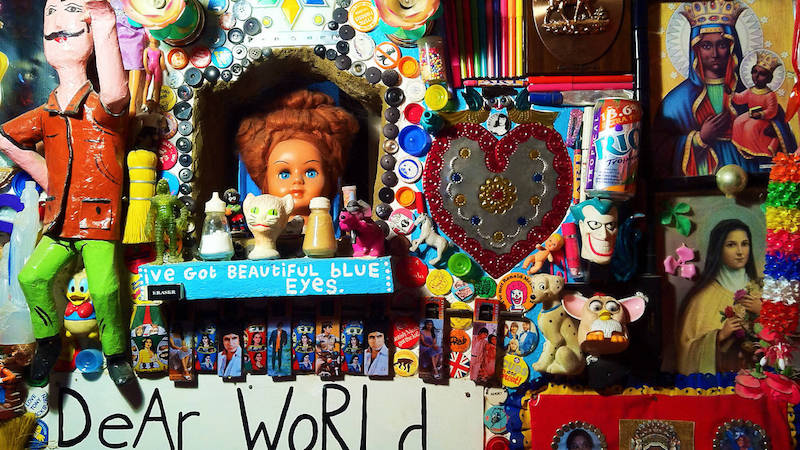 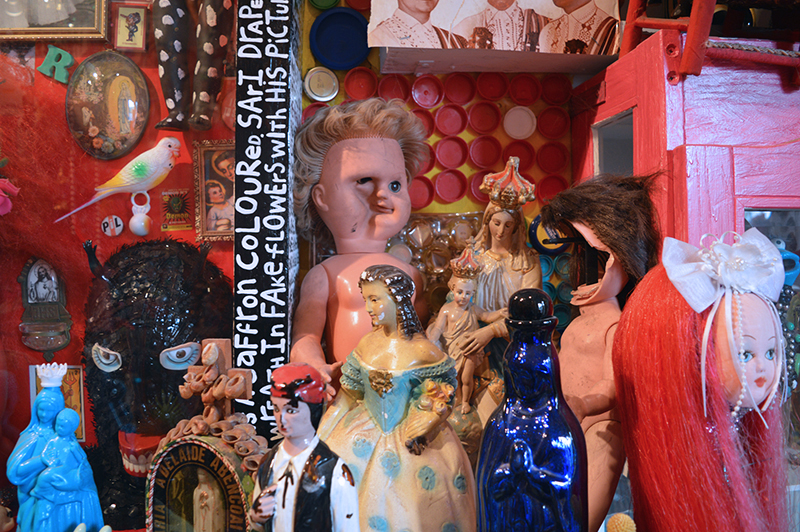 Much of Stephen’s artistic and spiritual inspiration comes from Haitian voodoo dolls. In fact, dolls of many kinds can be found throughout his house, some of them even hanging upside down from the ceiling. He finds beauty in things that have outlived their use, and, like a human magpie, he collects bright, shiny, and sometimes dirty items that he feels will add to his home. With so much stuff around, people are bound to consider at least a couple of Wright’s findings macabre. It’s easy to see how someone would think that about the “Dented Faced Doll,” for example, which was bought in a Deptford market and run over by a car. Nonetheless, it’s one of Wright’s favorite pieces in the entire house! 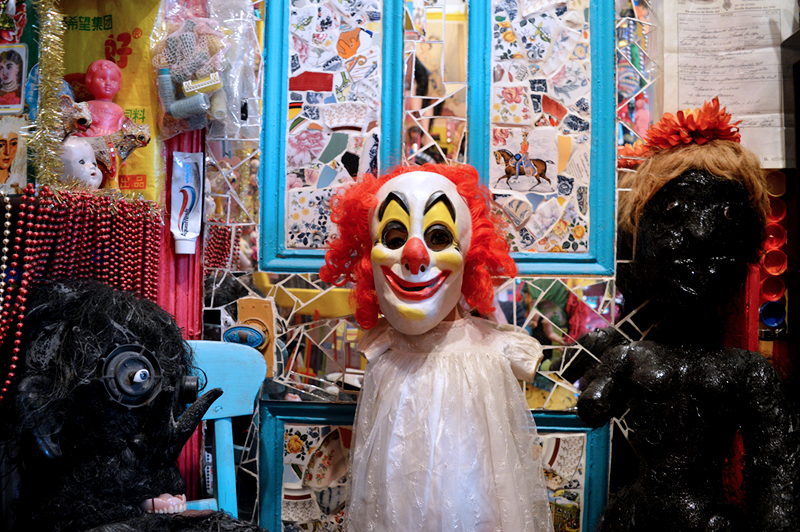 The artist claims to have never felt at home in the bustling city of London. He was born on a farm in the suburbs, and when he moved to England’s capital city for work he wanted to create a living, breathing artwork to serve as his comfort zone. He likens the creation of each piece, which makes up a part of his larger life “diary,” to giving birth. Wright has also incorporated some organic objects that were donated by visitors into the house, including ashes, hair, and teeth! To make things even quirkier, Wright has said that he doesn’t clean or throw away a single object upon receiving it: all items are worked into the House of Dreams “as is.” 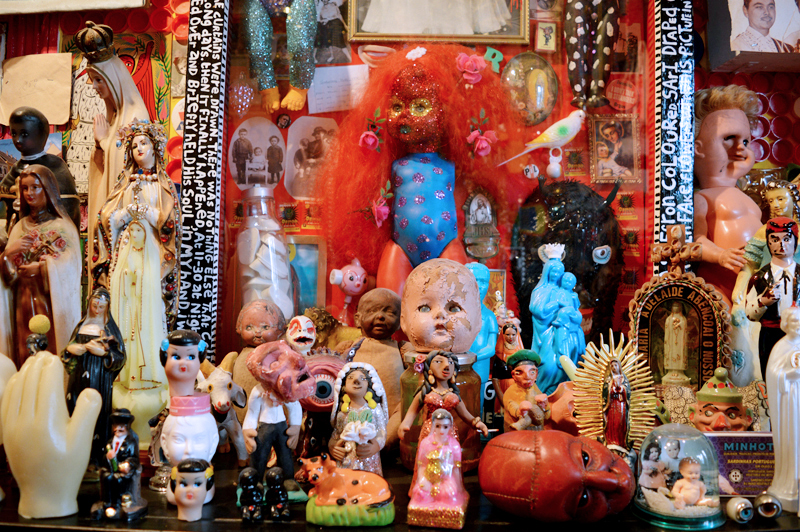 Wright adds, “The museum is a journey of self-exploration, incorporating my passions, which include popular religious art from Mexico, South America, India, and Haiti. I am adorning my environment to create a shrine to my life using found and bought junk, toys, glitter, bottle tops, old pottery, and kitsch souvenir objects.” 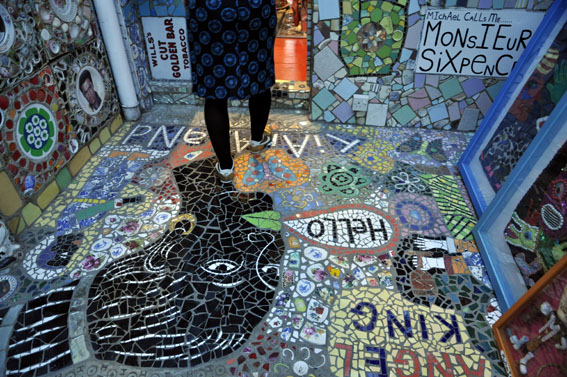 On certain days, members of the public are allowed entrance into the House of Dreams. Currently, an “open day” ticket costs anywhere from five to ten British pounds. Alternatively, you can try scheduling an appointment to see the house with the artist himself. The House Of Dreams has already been bequeathed to the UK’s National Trust, so it will be looked after long after Wright dies. 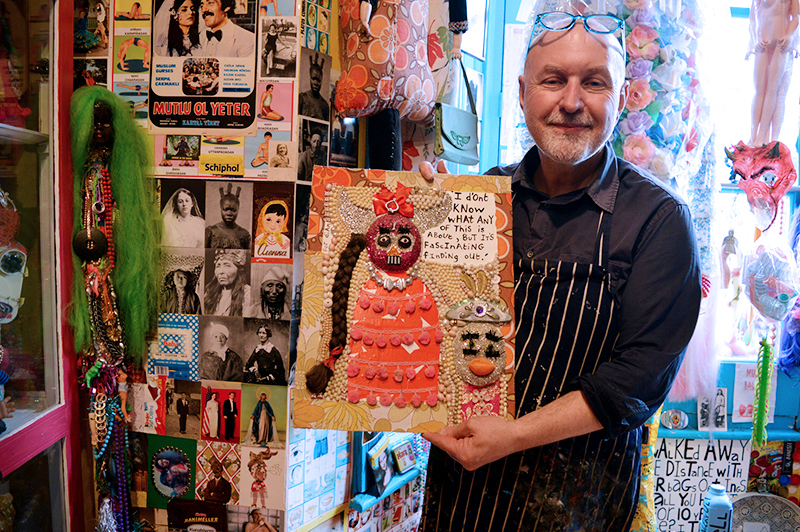 “I sometimes don’t have a clue what I am doing and why,” Wright says. “I only know it’s the right thing for me to do.”