Italy takes its coffee seriously — so seriously that Starbucks hasn’t even dared to enter the market yet, despite taking its initial inspiration from the cafés of Milan nearly half a century ago.

Coffee is essential to Italian identity, and the practice of brewing and consuming it is deeply embedded into the country’s culture. Always suspicious of franchises, Italians prefer to savor their inexpensive espressos at establishments owned by members of their own communities, lingering at the bars inside to chat with friendly baristas. They disdain complex “grande,” “venti,” and “trenta” sizes and elaborate flavor additives, as well as the idea of coffee as a luxury, putting them at odds with essential components of the Starbucks business model. 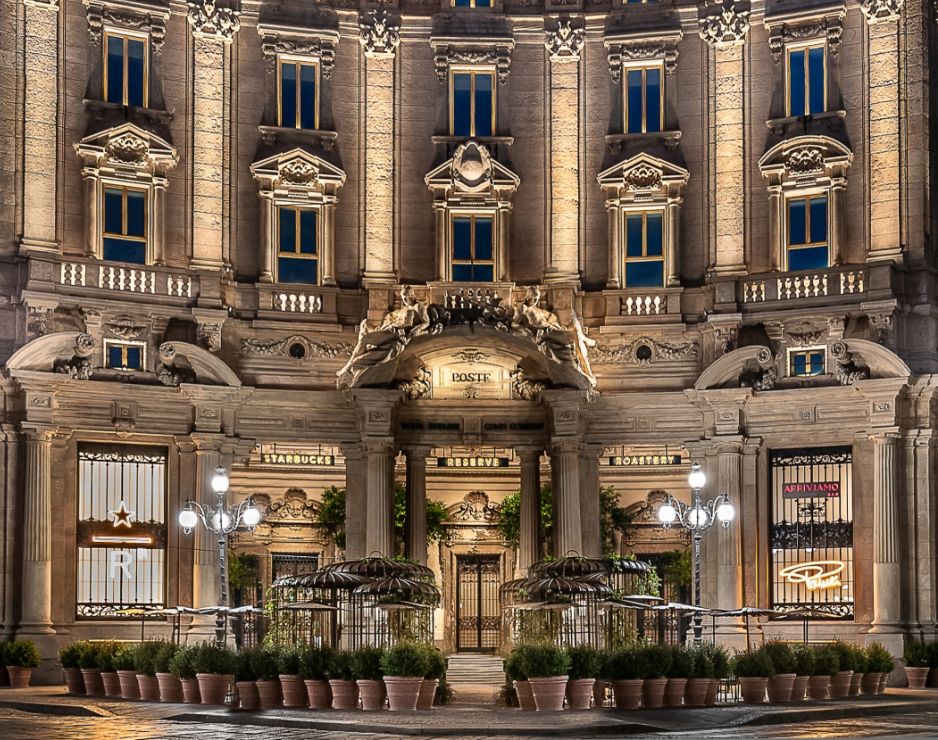 Now, Starbucks is hoping to dazzle Italians with design, eventually winning them over by adapting to their tastes and preferences, too. The store’s Milan debut is a feast for the eyes, taking root in a historic former post office building near the city’s Duomo cathedral in dramatic fashion. Standing in stark contrast to the chain’s more corporate locations found on stateside street corners, this new 25,000-square-foot Starbucks Roastery features a hand-laid mosaic marble floor in traditional Palladian style, a 500-pound in-house coffee roaster, an abundance of gleaming copper, augmented-reality-configured walls, and a marble-topped bar warmed by a hidden radiant heating system.

Starbucks CEO Howard Shultz says the Roastery represents “the very best of Starbucks,” noting that the company is dipping its toe into the country of coffee “with humility and respect.” 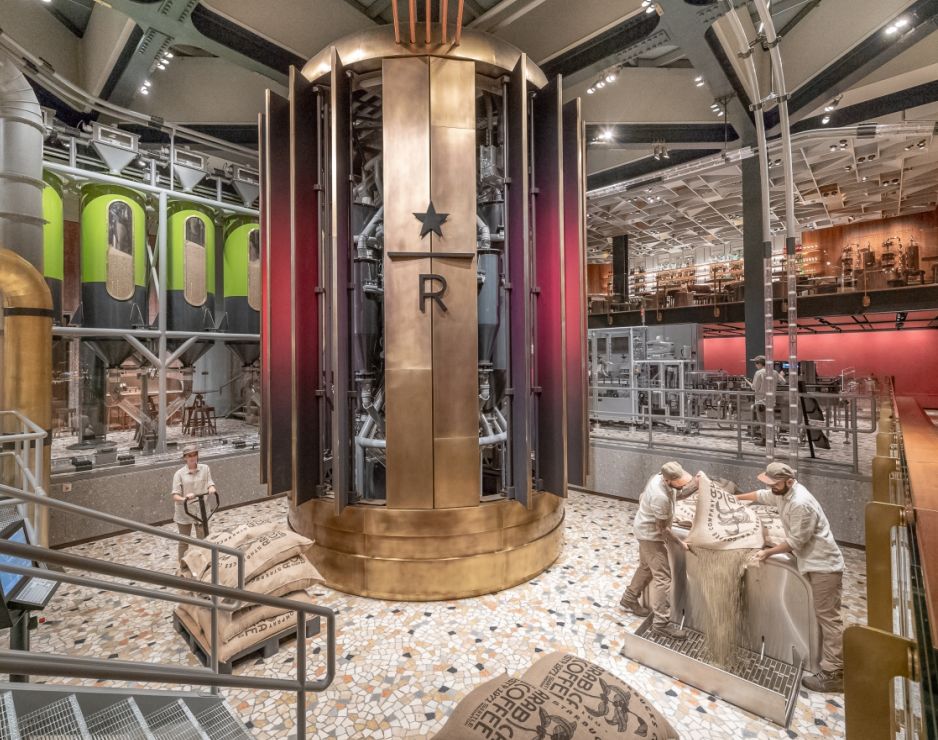 A 22-foot-tall bronze coffee “kettle” stands as the centerpiece of the space, putting the roasting process on full display before the beans are swept off for grinding and brewing. There’s an aperitivo cocktail bar on the café’s mezzanine level and even a liquid nitrogen affogato station, where customers can top gelato with creamy, effervescent cold brew. All the pastries are sourced from an Italian-owned bakery, the massive grinder was manufactured by a Milanese company, and the space is packed with design elements that pay homage to the traditional Italian espresso culture.

“I love that we brought in Italian materials, and we brought the best Italian craftspeople to partner with us,” says Liz Muller, who designed the space. “Don’t underestimate the engineered ceiling and its acoustics or the beautiful Italian marble mosaic floor. But the thing I am perhaps most excited about is how the Roastery transforms throughout the day and night thanks to the colors, light, richness, and the beauty of the materials.” 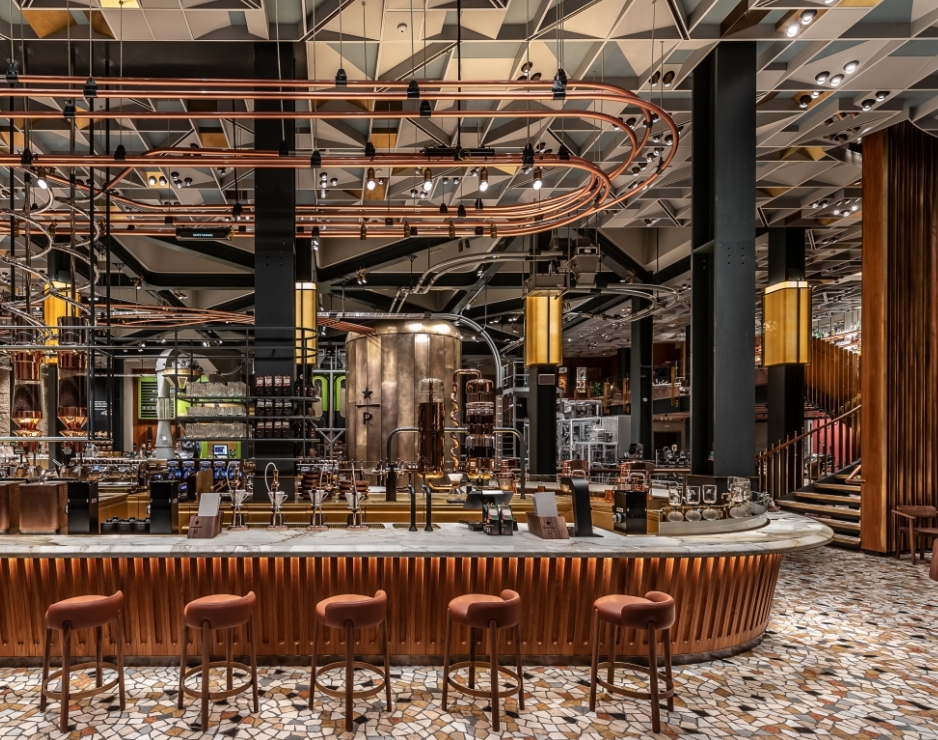 Italian consumers will probably still find elements of the Starbucks style hard to swallow, particularly when it comes to pricing. Italians consider coffee a necessity, having developed traditions like “caffé sospeso,” wherein customers pay for an extra coffee for the next person who can’t afford one. At €1.80, each shot of Starbucks espresso costs nearly twice as much as usual (something that prompted an Italian consumer group to file a complaint with the country’s antitrust authority).

It remains to be seen whether an American mega-corporation can successfully sell its own version of Italian culture to Italians. But the Milan Roastery is certainly a valiant effort at doing just that, and at the very least, it could be a curiosity for Starbucks patrons from other countries who aren’t used to drinking their lattes in such luxurious settings.