Star Wars fans have been gearing up for the release of a new LEGO kit for the past few months, with the iconic building block company getting them hot under the collar with photo and video teasers on Twitter in advance of its launch. The frenzy started when wily Twitter users noticed a tag that read “UCS MF” on one of these teasers, assuming it to mean that the product in question would be the Ultimate Collector’s Set Millennium Falcon. As it turns out, they were right. 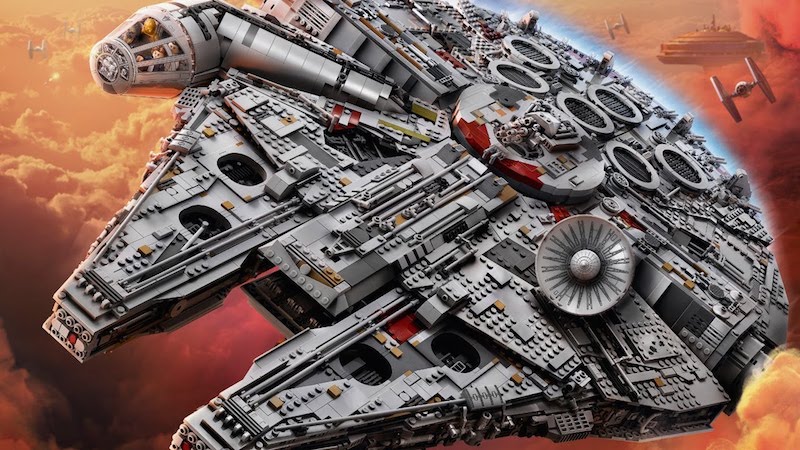 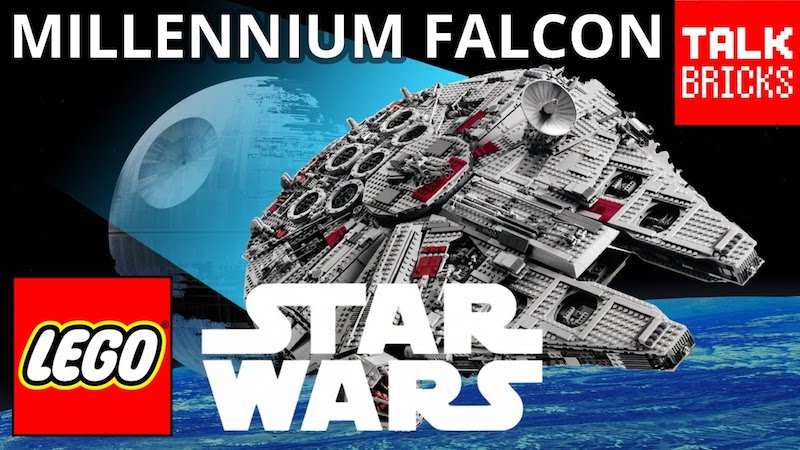 In a press release from the end of August, LEGO announced the launch of a revamped version of the classic “Millennium Falcon” spaceship, which is not only reported to be the most detailed building set that the company has ever released, but will also be its largest to date, consisting of over 7500 pieces! This seems to be something of a trend with this particular model, as its first release in 2007 was LEGO’s biggest set to date at that time, with a piece count of nearly 5,200. The Millennium Flacon kit has long been out of circulation, but now, the 2017 version will take its rightful place as the ruler of the LEGO kingdom. 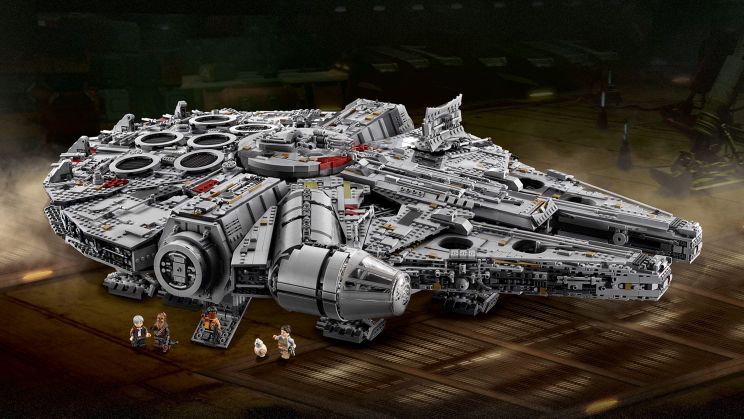 The Millennium Falcon collector’s set will no doubt be hugely sought after by lovers of the Star Wars franchise, which have proven to one of the most loyal fan bases of any movie series ever. In the films, the vessel is commanded by Correllian fighter and hero Hans Solo alongside his first mate, the Wookiee Chewbacca. It was first seen in the original 1977 Star Wars movie and has since made appearances in four other films in the franchise. The spaceship has a distinctive shape, as the spacecraft’s creator Joe Johnston was instructed by George Lucas to design the Falcon based on a flying saucer, but Johnston wanted to create something more sophisticated. This is how the Falcon’s characteristic mandibles and asymmetrical cockpit came into being. 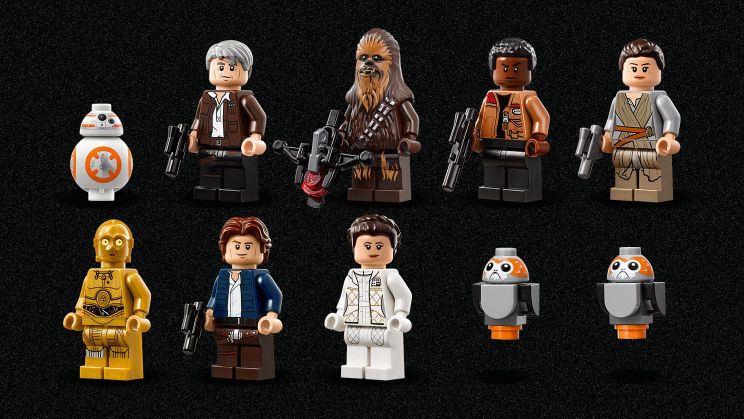 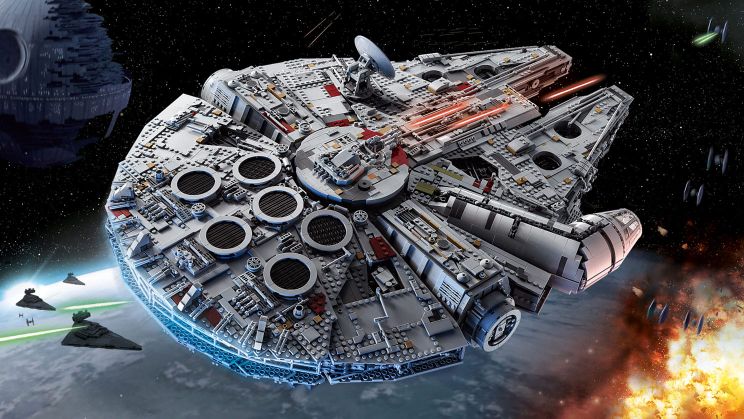 The 2017 release of the Ultimate Collector’s Set will feature more detail than has ever been seen in a LEGO set. For instance, the Falcon comes with removable hull plates, which uncover the incredible detailing in the main hold when taken off. Other removable and sliding features reveal the gunnery station, which has a rotating laser cannon, and the rear compartment, which houses the engine room. There’s also a new cockpit element filled with updated weapons to reflect the ship’s aesthetic from the movies that have been released since the last Millennium Falcon LEGO set was released, including Episode VII/VIII crew weapons like Han’s blaster, Rey’s small silver blaster, and Finn’s medium blaster rifle. Fans will be delighted to know that the set also includes new LEGO figures: namely Older Han Solo, Rey, and Finn, as well as old favorites like Han Solo, Chewbacca, Princess Leia, and C-3PO. The kit is 21 centimeters high by 84 centimeters long by 56 centimeters wide, and it will be available for purchase directly through the LEGO site from October 1st on (though superfans recieved VIP Early Access on September 14th). The set will retail at $799.99 USD for 7,541 pieces of pure Star Wars joy.