Have you ever wanted to unleash your inner spy? You’re in luck, because British architect David Adjaye has recently made this possible by designing a 60,000-square-foot museum that invites visitors to live out their wildest spy fantasies. The SPYSCAPE Museum, located on West 55th Street in midtown Manhattan, is comprised of seven unique exhibition spaces, all of which offer hands-on experiences. These spaces are respectively dedicated to deception, encryption, surveillance, hacking, intelligence, cyber warfare, and special ops. 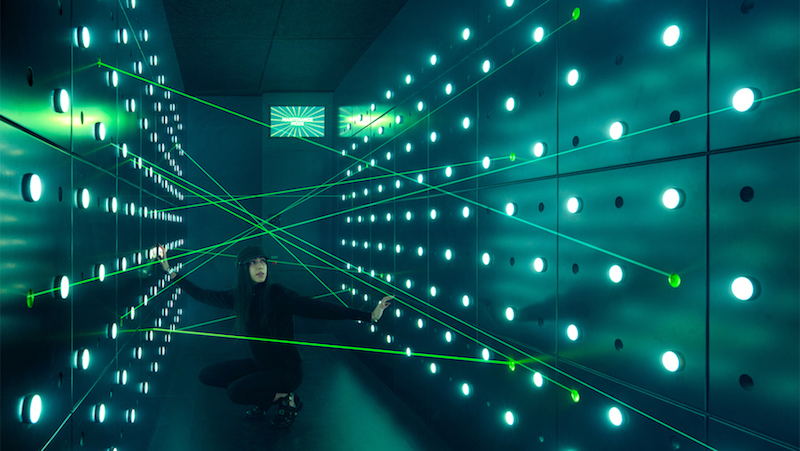 “We hope this will be a really empowering experience for people to start to see their world differently, see themselves differently, and understand how the types of skills that spies use can be relevant to their daily lives,” says Shelby Prichard, SPYSCAPE’s Chief of Staff. “We show how the world of espionage is all around you.” 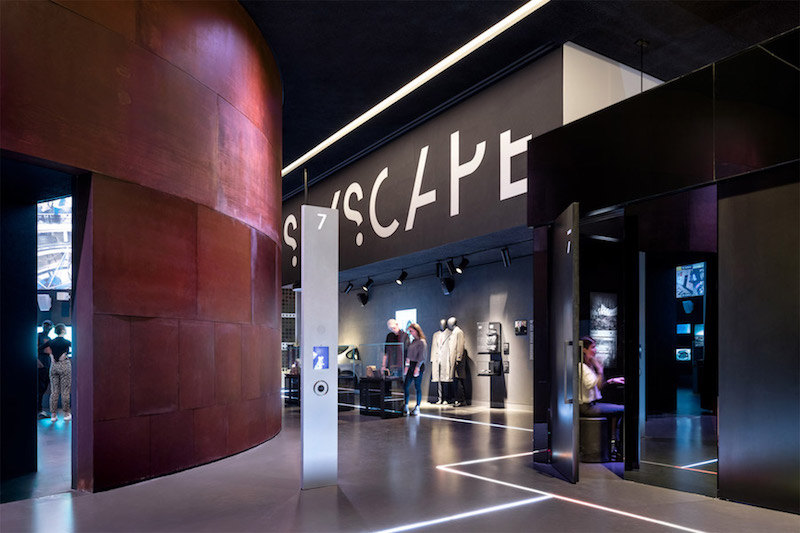 Adjaye Associates consulted former members of renowned hacking collectives, station chiefs, and intelligence directors when designing the museum. The goal was to have visitors catch on to its mysterious atmosphere as soon as they walked through the door. The resulting space boasts a highly futuristic aesthetic, as characterized by dark concrete walls, polished concrete floors, dim rooms illuminated by LED lighting, and high-tech information displays. Smaller interior features like weathering steel drums, smoked glass, gray acoustic paneling, and mirror-polished steel only serve to further connect patrons with their inner undercover agents as they explore the various exhibits. 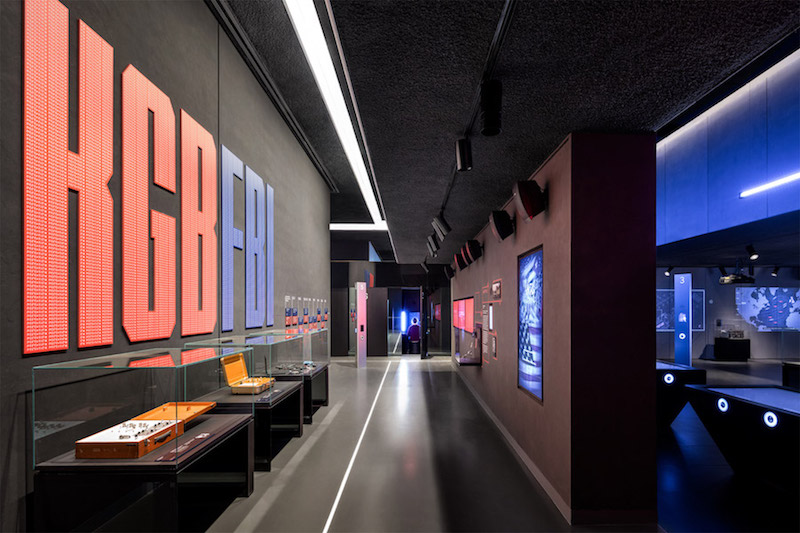 The museum has been open to the public since February 17th, 2018. Upon arrival, visitors are handed “identity bands,” digital wristbands that allow patrons to take part in a series of interactive, multisensory challenges meant to put their spy skills to the test. Once the tour is complete, the crowd is moved to the debriefing room, where everyone is given an assessment on which of ten total spy roles they would be best suited for.

“We worked for a couple of years on our profiling system with [a] former head of training for British intelligence, as well as some top industrial psychologists,” explains Prichard. “So it really is a very authentic look at how the spy world thinks about what it takes to be different types of spies.” 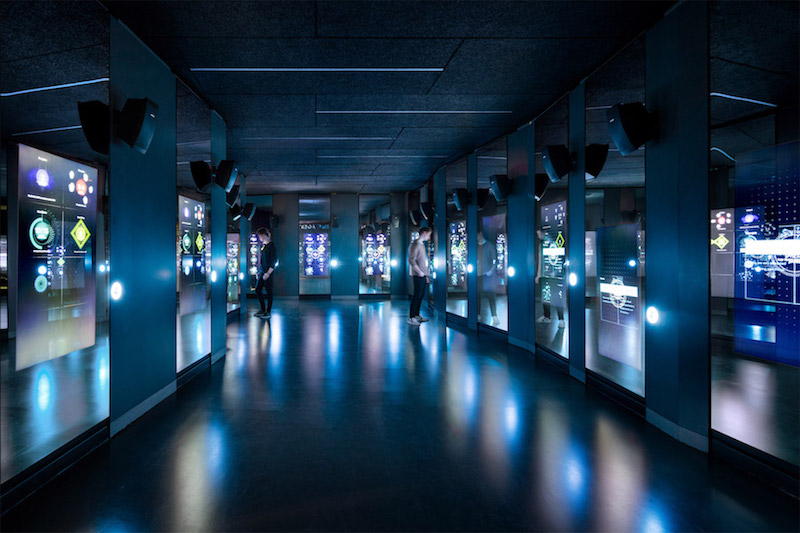 Before players are given their respective spy roles, they’ll watch a briefing on secret intelligence in the central theater. From there, they’ll move to an interrogation booth, where they’ll “learn the art and science of spotting lies,” and a room filled with 360-degree projections of both live and pre-recorded CCTV footage, which itself is meant to mimic a surveillance mission. Later on, the visitors’ agility and reaction times will be tested as they creep through a laser tunnel. 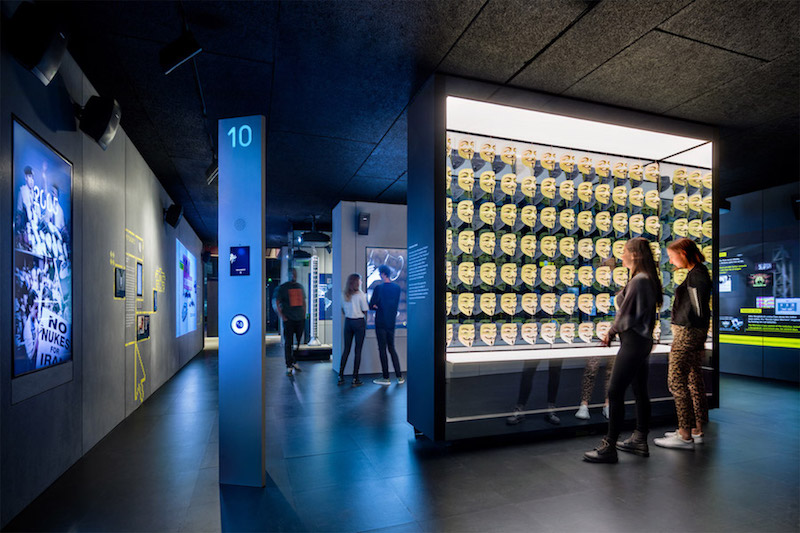 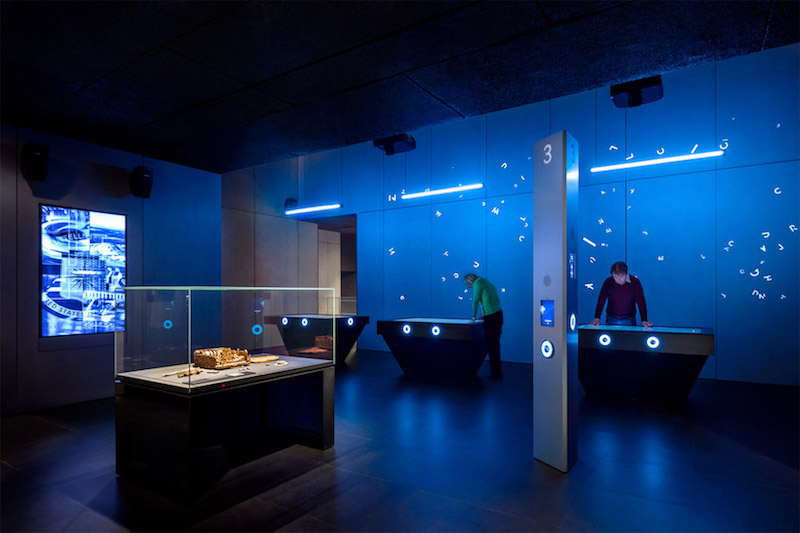 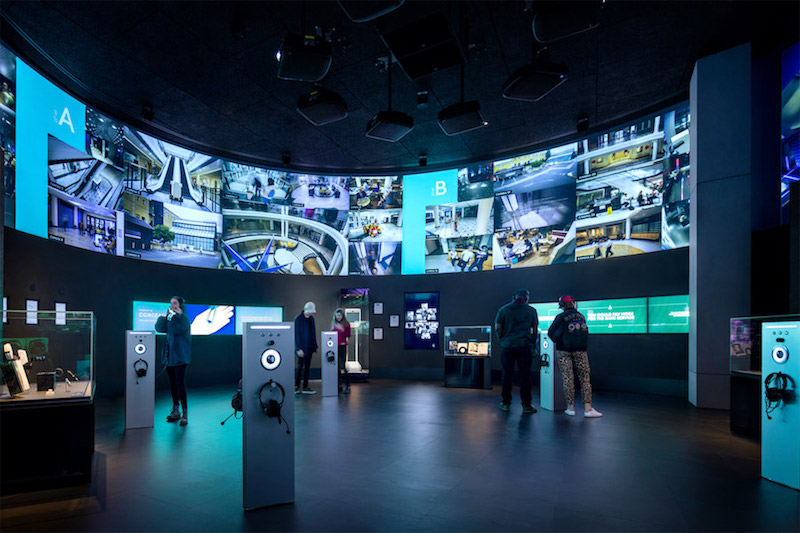 Apart from participating in the spy games themselves, guests are also encouraged to peruse a selection of spy gadgets and smart tech in the gift shop. If you’re feeling hungry, you might stop by the museum’s café, where you can enjoy a cup of coffee and a bookshop with over 1,000 rare and first-edition spy books. There are also multiple event spaces on-site, where organizations can host private parties for as many as 600 guests. 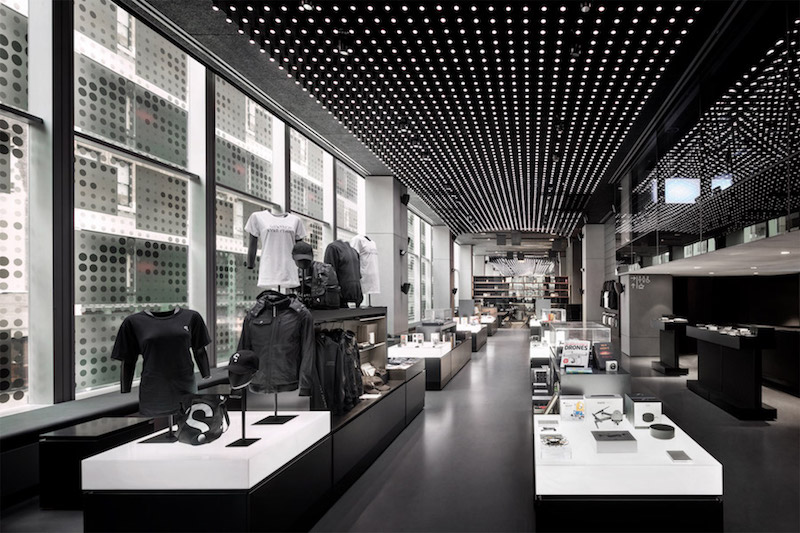 Admission currently costs $39 for adults and $32 dollars for children. If you’re planning on visiting, head on over to SPYSCAPE’s official website for more information.