As 3D printing homes becomes more common, could we finally see residential architectures break out of the same old box shapes? If the Fibonacci House by Twente Additive Manufacturing is any indication, this technology could open up a whole new world of organic architecture, introducing cool and creative new designs. 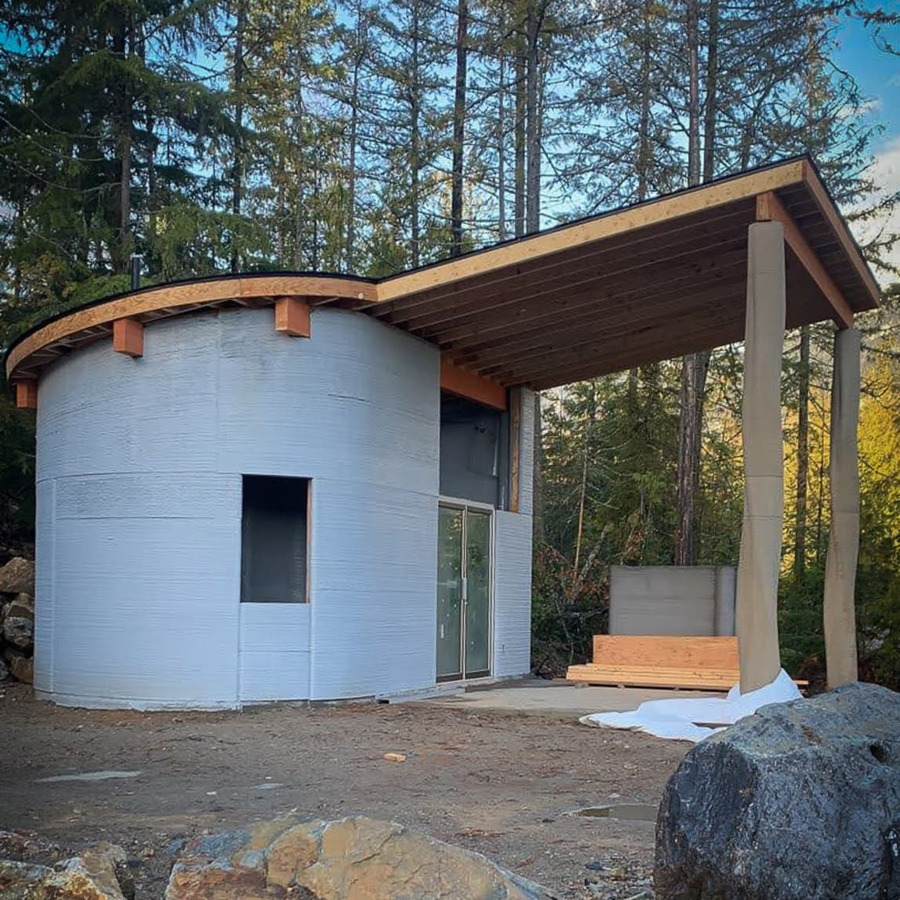 The Fibonacci House is a tiny 3D-printed house that gets its name by following the famous Fibonacci sequence in its spiral form. Currently in progress near the company’s headquarters in British Columbia, Canada, the house was built with their Laticrete 3D Printing Mortar M68 concrete printers, boasting both a compact footprint and enough head room for a loft in order to sleep four people. 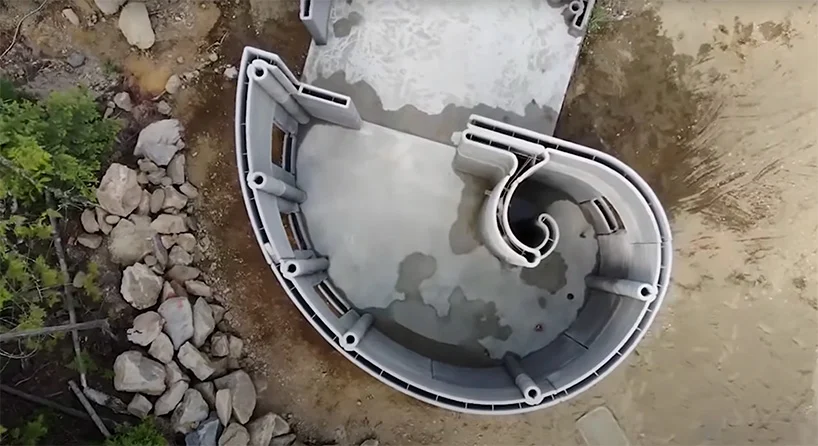 To build it, the company used two main classes of printing mortar: a slow-drying one that’s strong enough to support subsequent layers above it before fully curing, and another one with a drying accelerant added so it can dry faster. The second type is kind of like a concrete-based glue, allowing Twente to print overhanging structures and bridge gaps between parts, all of which were printed off-site in a controlled environment where the printers can be protected and work 24/7.

The house was divided into 20 parts and shipped to the location, where the pieces were assembled. The walls aren’t load-bearing in their own right, but the system includes columns and shear walls to hold up the exterior. Each piece is dual-layered for thermal insulation. The house isn’t complete just yet, but when it is, we expect to see some more photos of its unusual form and how the walls look inside. 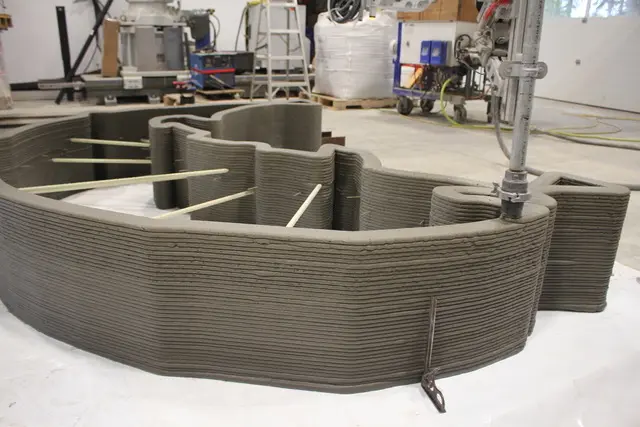 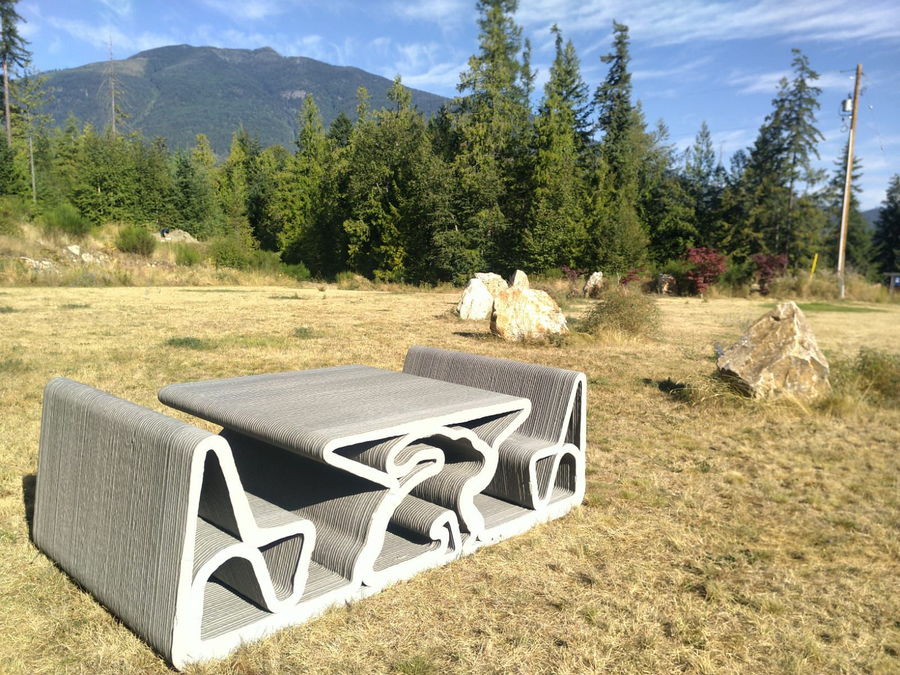 In mathematics, the Fibonacci sequence (discovered by Italian mathematician Leonardo Fibonacci) is formed by adding numbers so each one is the sum of the two preceding ones, starting from 0 and 1. When you tile squares whose side lengths are successive Fibonacci numbers, like 1, 1, 2, 3, 4, 8, 13 and 21, you can form a spiral closely related to the “golden ratio” by drawing circular arcs connecting the opposite corners of the squares. The sequences appear frequently in nature, like the arrangements of petals in a flower. It was also frequently used in Renaissance architecture. 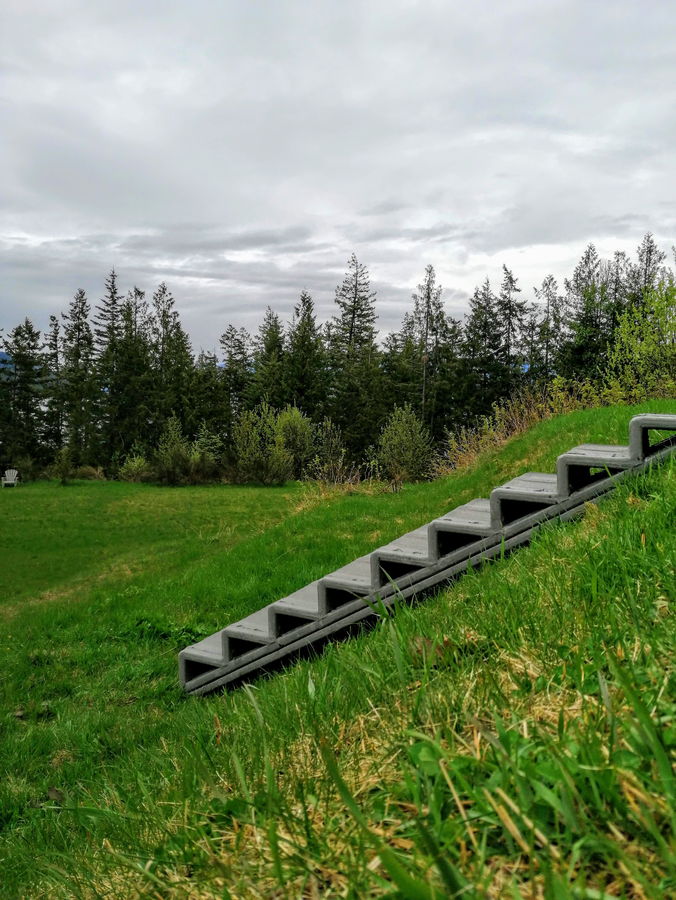 Twente Additive Manufacturing’s Fibonacci House design aims to do two things: show off what their 3D printers can do, and demonstrate a new way of building that reduces excess material consumption. It’s their first full-scale building, but the company has already pulled off a number of other cool projects, including stairs, bridges, planters, decorative window grilles, and an outline of a Kootenay Salmon that will serve as the mulch barrier for a new playground in B.C. 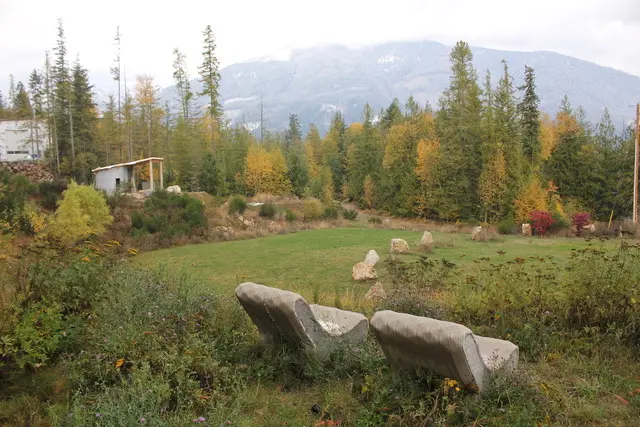 Prefab construction can be significantly more eco-friendly than on-site construction because each piece is precision-cut to avoid waste; the materials are stored out of the weather; the construction process generates less noise, dust, and site disturbances; and building times are usually much shorter. 3D printing could potentially revolutionize the process, but the use of energy and resource-intensive concrete as a primary material isn’t ideal, so hopefully some more innovation is on the way in that department, too.