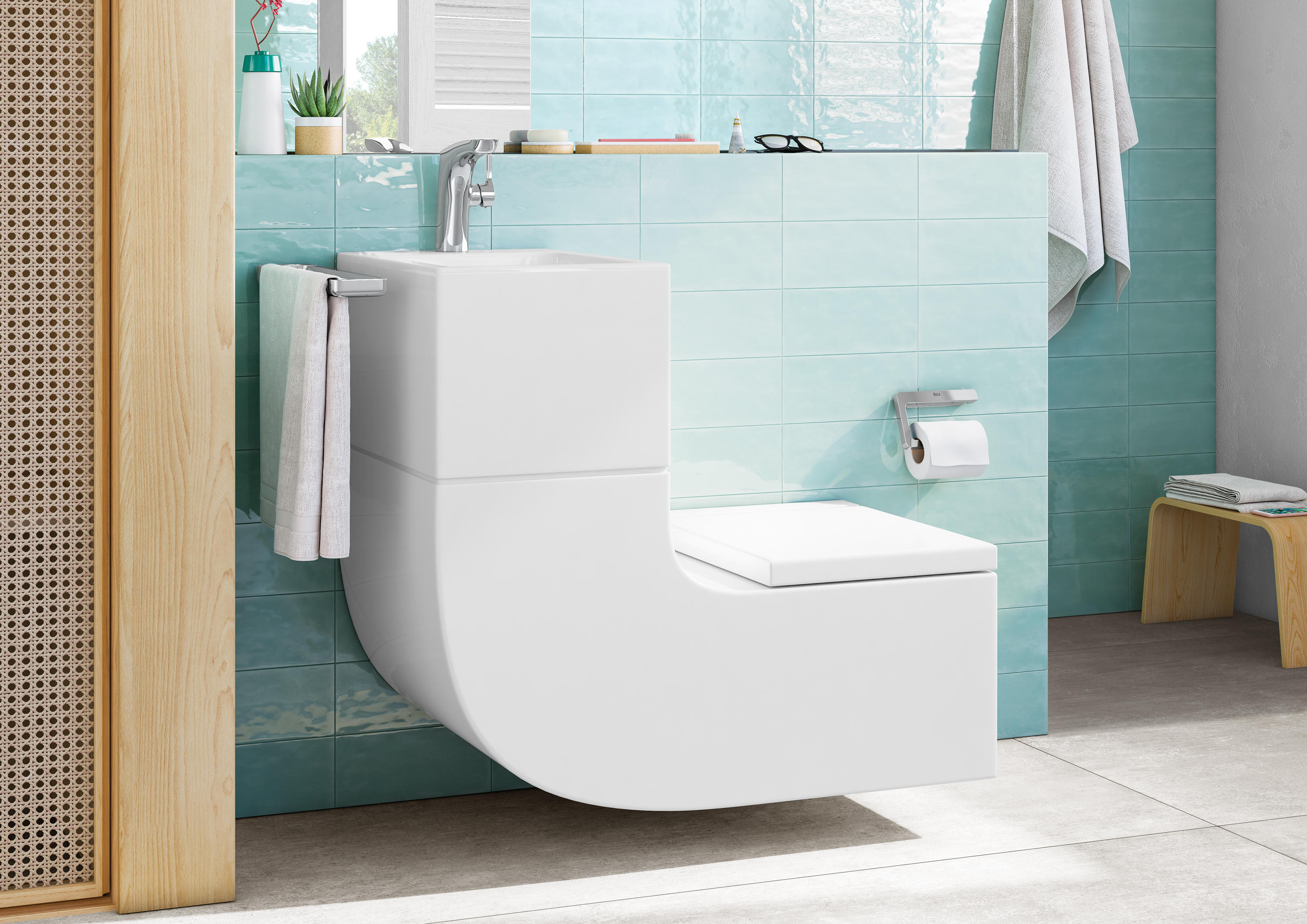 Roca has a bit of a reputation for making the ordinary somewhat extraordinary. Specifically, these designers are skilled at transforming the boring, mundane (and semi-taboo) fixture of the toilet into an artistic centerpiece of a design – or at least a more functional and integrate part of a bathroom interior. 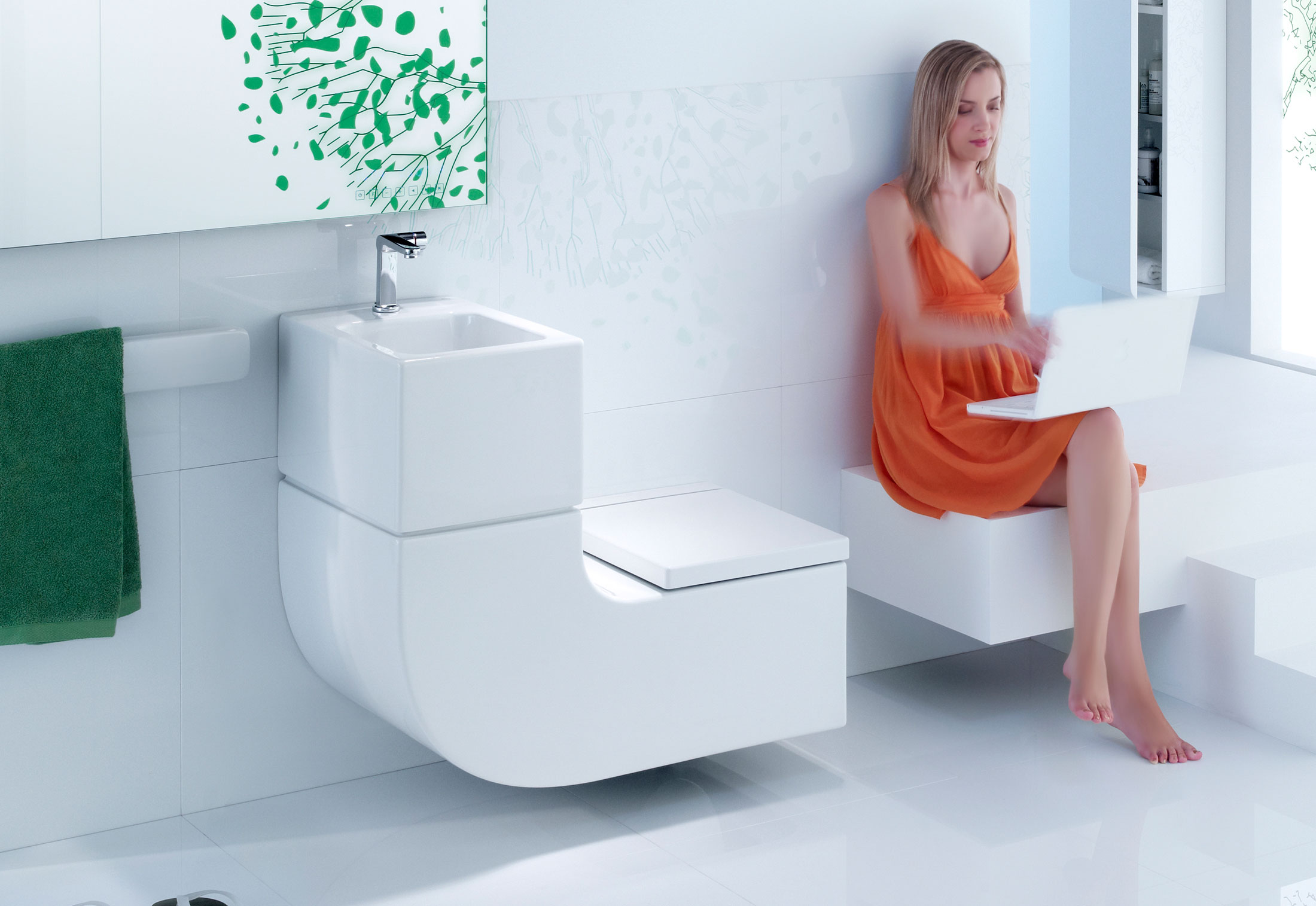 One of their more clever designs is a two-in-one toilet-and-sink combination that saves space and adds a touch of elegance to two rather conventional (but entirely essential) bathroom fixtures. A single swooping curve encompasses the combined design, which hovers a few inches off the ground. Another clever solution from Roca, this bidet-and-toilet set is concealed under a warm-colored wooden bench which allows for ventilation and seating while disguising the function below for a cleaner aesthetic. Not sure you want something quite so complex? These simple-but-colorful bidet-and-toilet designs provide a way to add some accents to a bathroom interior without going too far overboard.

“Innovation and technology join forces to the benefit of sustainable progress. This concept is synonymous with saving water and optimising space. Its innovative system filters the wash-basin water so it can be reused in the toilet. A unique, distinct and original design that brings elegance and sustainability to the bathroom. This product’s innovative technology is totally sustainable.”

“Roca began its activity as a company that made cast iron radiators for domestic heating at its factory in Gavà, near Barcelona. After these first radiators, the firm expanded its portfolio with the production of boilers. In 1929, Roca entered the bathroom space by starting the production of baths.”

“The turning point of the internationalisation process took place in 1999, with the acquisition of the Swiss Keramik Holding Laufen, fourth global manufacturer in those days. The acquisition of Laufen allowed the Group to strengthen its position in strategic markets where the brand had less presence, such as Eastern Europe, Brazil and the USA. In 2005 Roca announces an ambitious strategic plan focused on bathroom spaces, achieving the world leadership of the sector in 2006.”