In 1966, when the inimitable Captain Kirk opened each episode of the original Star Trek series with, “Space: the final frontier…to boldly go where no man has gone before,” no one could have imagined the unbelievable planetarium project that the Norwegian architecture firm Snøhetta would later dream up. 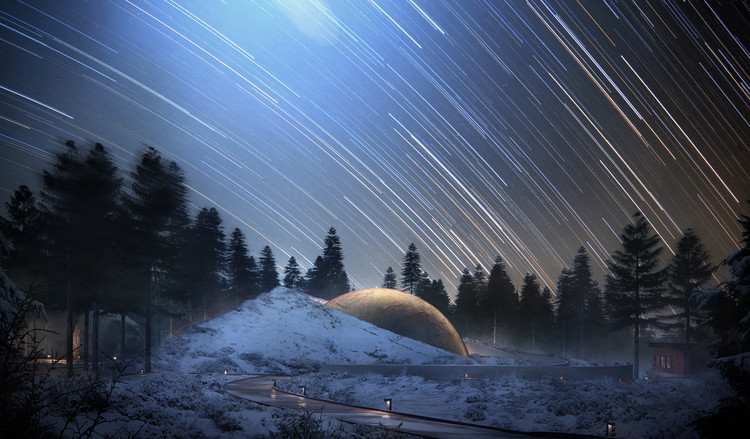 Nonetheless, Snøhetta knew it was about to rock the world when it issued this press release in May 2018 announcing its plans: “Fulfilling the (Tycho Brahe) Institute’s mission to enlighten the public about the wonders of the universe, the new Snøhetta-designed astronomical facility is designed to inspire a sense of wonder and curiosity as if the architecture itself was asking the question: Where does the universe come from?” 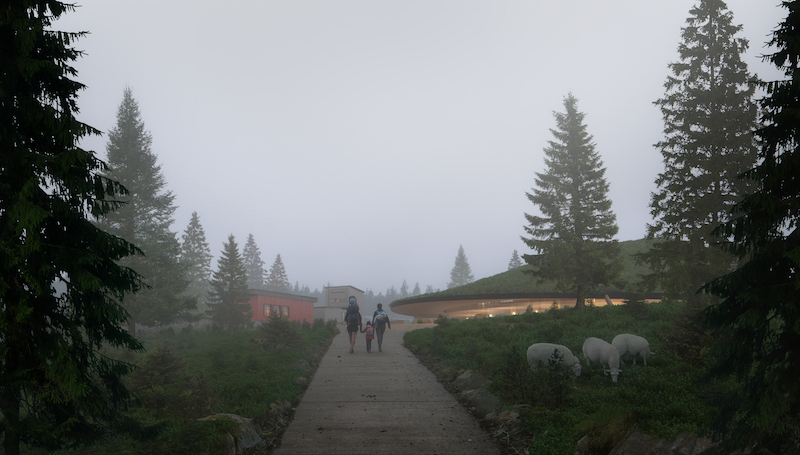 The inspiration for the 16,000-square-foot planetarium came from a similar design created in 250 BC by Archimedes, a Greek mathematician, physicist, engineer, inventor, and astronomer commonly hailed as one of the greatest minds of all time. It’s tucked into a lush forest 28 miles north of Oslo, Norway, and situated next to the Solobservatoriet Solar Observatory, which itself was built in 1954 and is still regarded as one of Northern Europe’s foremost astronomical research facilities. The planetarium was commissioned by and will be managed by the Tycho Brahe Institute, named for the 16th-century Danish scientist who formed the basis for modern observational astronomy. 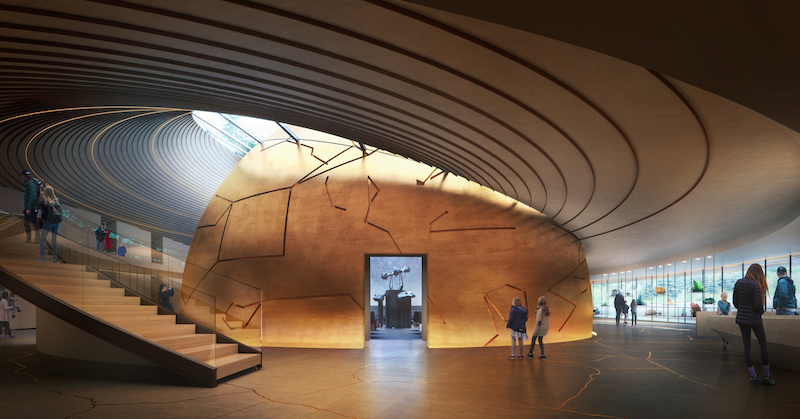 The structure will be crowned with a green roof comprised of thriving grass, wild heathers, and sprawling blueberry and lingonberry bushes. As visitors explore the interiors, they’ll eventually stumble upon a three-story, 100-seat theater that seems to rise up out of the ground. Outer space seems close enough to reach out and touch in this dome-shaped venue, where planets, stars, and other celestial manifestations appear to fill a dark sky. The perimeter of the theater houses an exhibition room, a reception area, and a public café. Guests will marvel at a swirling ramp that takes them outdoors to a dramatic roofscape and mezzanine full of related exhibits. 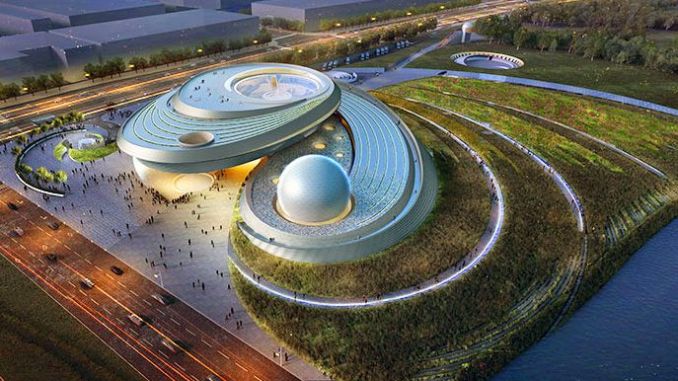 In addition to the magnificent planetarium features, Snøhetta’s design also includes plans for seven intergalactic cabins around the main structure, each of which is meant to represent a planet orbiting a sun. Each cabin is unique from the next and completely habitable. The diameters of the seven structures fluctuate from 20 to 32 feet and can comfortably house anywhere from 10 to 32 people. The surfaces of the cabins range from very rough to very smooth. Some cabins appear to be gently resting on the rich loam of the forest floor, while others look like they’ve been thrust into the ground with such force that nearly half of their exteriors are concealed underground. 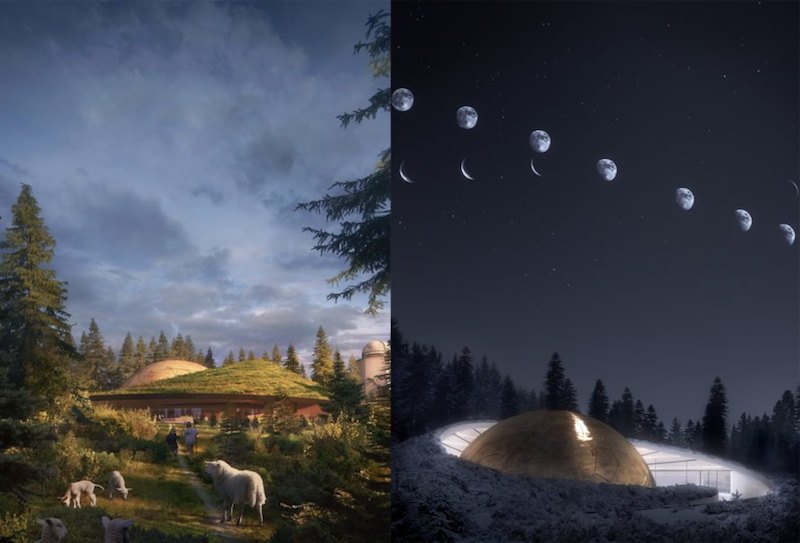 Besides offering a superior astral experience to guests (including an investigation of the Northern Lights and an unobstructed view of the night sky), the planetarium will also offer basic and advanced studies of the sun, astronomy, and all kinds of natural phenomena. In the words of the Snøhetta architects, when the project is officially unveiled in 2020, it will be a “publicly accessible and international knowledge hub” that provides “expanded support spaces for activities such as team building, lectures, and seminars.”