Everyone knows the importance of oral hygiene. It’s one of the first things we’re taught and also one of the bugbears that comes with being a parent! Kids never want to brush their teeth, and the performing of this simple bedtime act can often erupt into annoying rows between parents and children. What if there was a way to make brushing fun, or even turn it into a game that the whole family could play? Thankfully, the family-friendly designers over at BleepBleeps have returned with a fun and easy-to-use electric toothbrush that plays music for kids to brush along to. 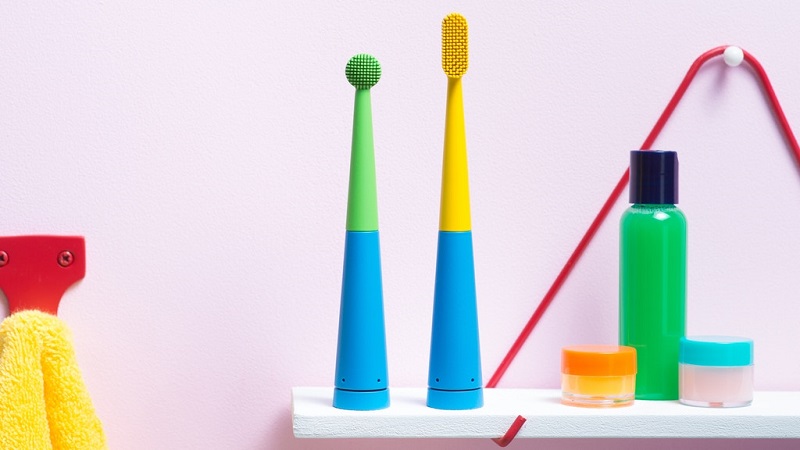 “Benjamin Brush” is a new toothbrush that prioritizes your dental hygiene, ensures that you brush for the recommended two minutes, and turns the whole brushing process into a fun activity that can be scored and tracked, turning it into a competition and encouraging kids to “beat” their parents at brushing. Dentists say that we should brush for two minutes twice a day, but it’s often hard to commit to reaching that target, especially as an active kid. But thanks to Benjamin Brush’s integrated music store, you can now play two minute long songs as you brush to keep you on track. If you brush for the full duration of the song, you’ll score a certain amount of points. Scores are recorded on the BleepBleeps mobile app, so you can all see which family member is in the lead. 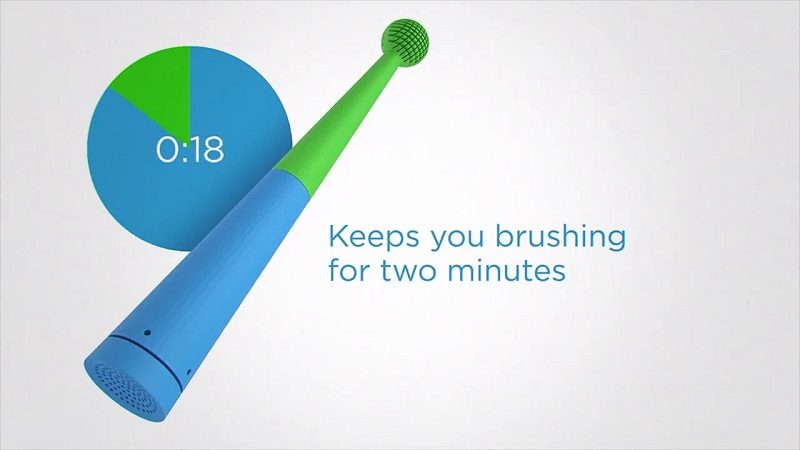 Benjamin Brush has a colorful kid-friendly design and incorporates interchangeable silicon heads that are kinder to teeth than regular nylon bristles. The “pom-pom” brush head is particularly ideal for toddlers, as its round shape allows it to reach all those parts of the mouth that are exposed while teeth are growing in. The big brush head is intended for older kids and adults, and the softer silicon won’t hurt your gums or damage your teeth like traditional toothbrushes. Silicon is also bacteria-resistant, meaning these heads are also cleaner and safer than those of regular brushes. 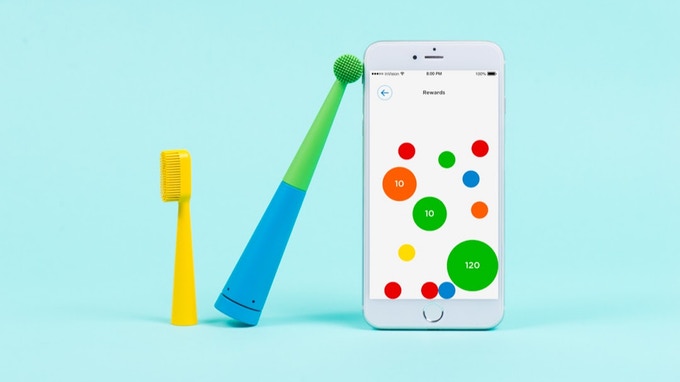 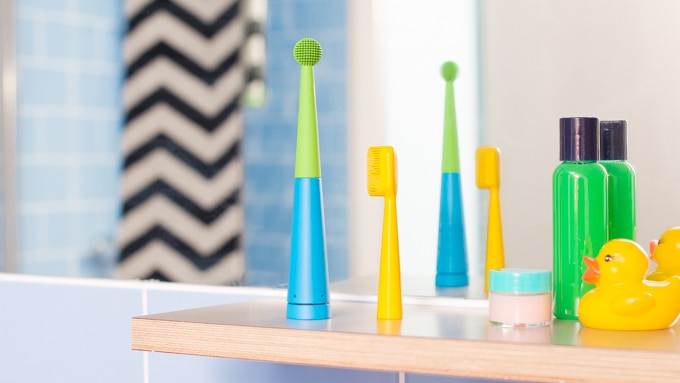 The original goal for the Benjamin Brush’s Kickstarter campaign was $10,000, but at the time of writing it’s already gotten over $14,000 in pledges, and there are still two weeks left to contribute. BleepBleeps has a reputation within the design industry for hitting the nail on the head when it comes to creating products that improve family life, whether it’s getting your children to sleep with the Suzy Snooze nightlight and sleep soother or monitoring their health with the Tony Tempa thermometer. Their products have even been featured in the London Design Museum and profiled in Wired.