68 percent of the world’s population is projected to live in urban areas by 2050, according to a United Nations report released in early 2018. That means we’re going to have to get a lot more creative with housing, packing lots more people into our cities and preserving our quality of life at the same time. 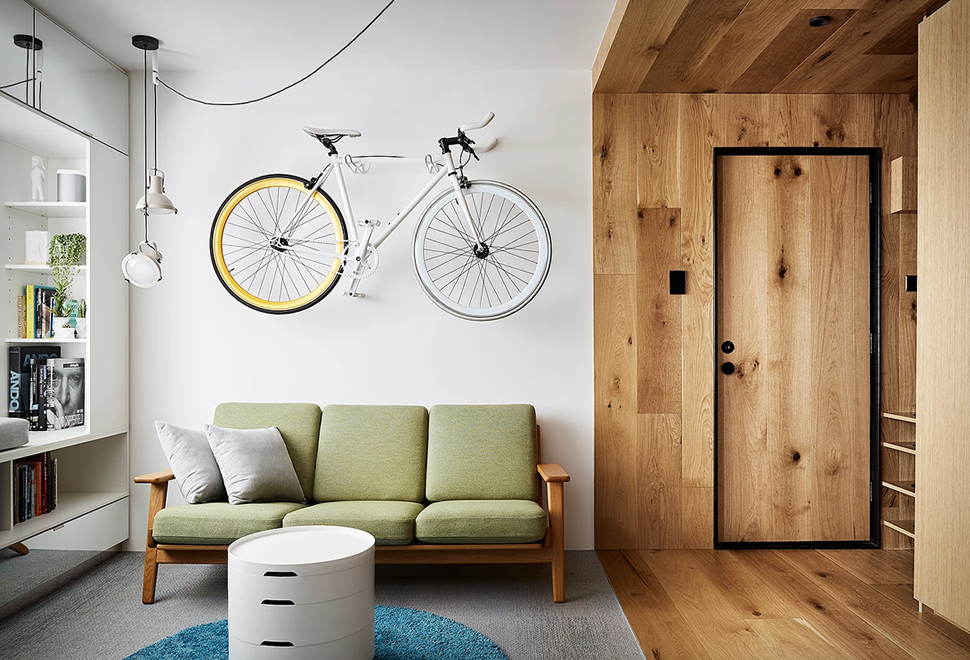 Of course, densely-populated cities — and micro-unit buildings — are nothing new. Ultra-compact urban housing has always been a less expensive option for people who need access to jobs and resources in big cities but can’t afford to live in larger houses or apartments. But as housing gets more expensive overall and larger units are subdivided into studios to help meet demand, more of us will have to learn how to downsize our lives.

Faced with the prospect of living in a micro-apartment, the first question you might ask is “but where would I put my stuff?” Most of us aren’t minimalists, and whittling down our possessions to the bare minimum is pretty much as hard as it sounds. Single-room apartments also present challenges when it comes to working from home, entertaining guests, and having children. The key to making small spaces work for a wider variety of people is to work in more adaptable layouts and multifunctional furniture pieces. 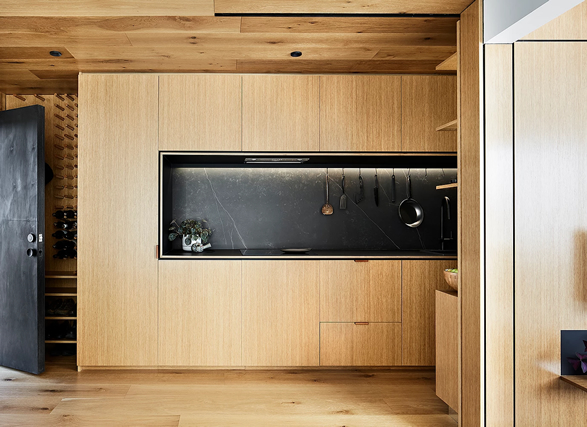 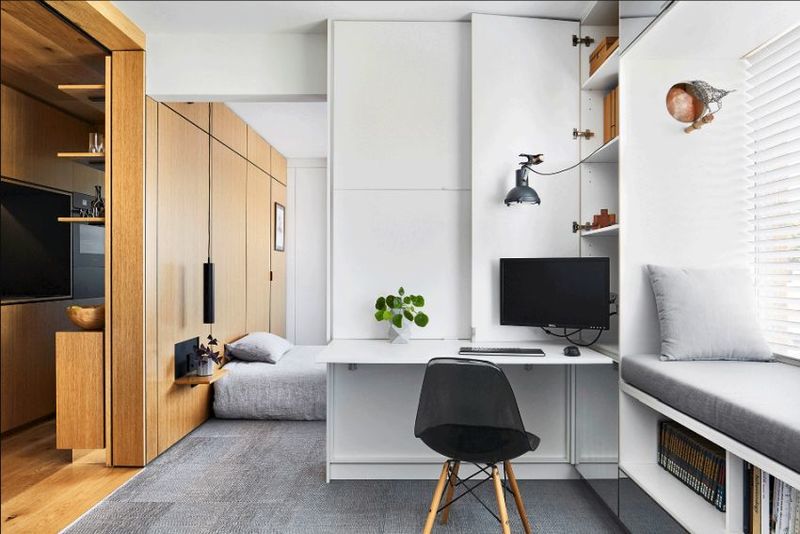 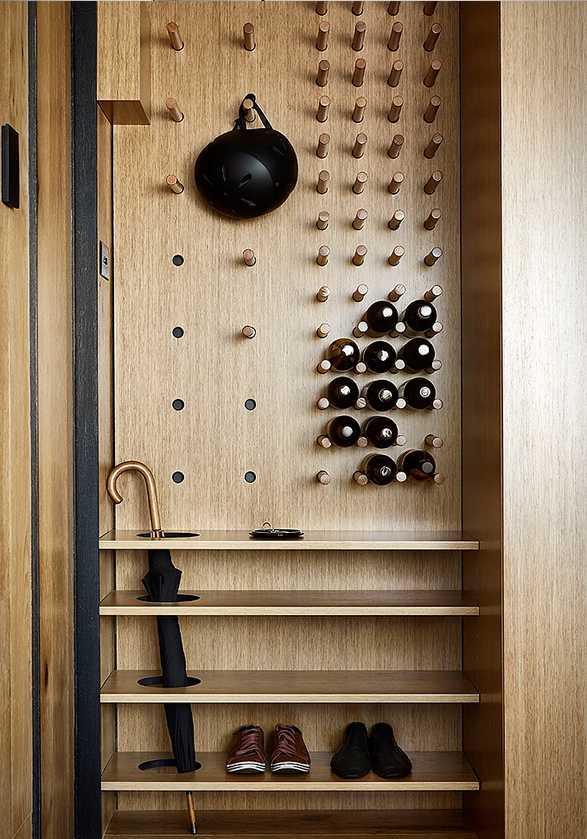 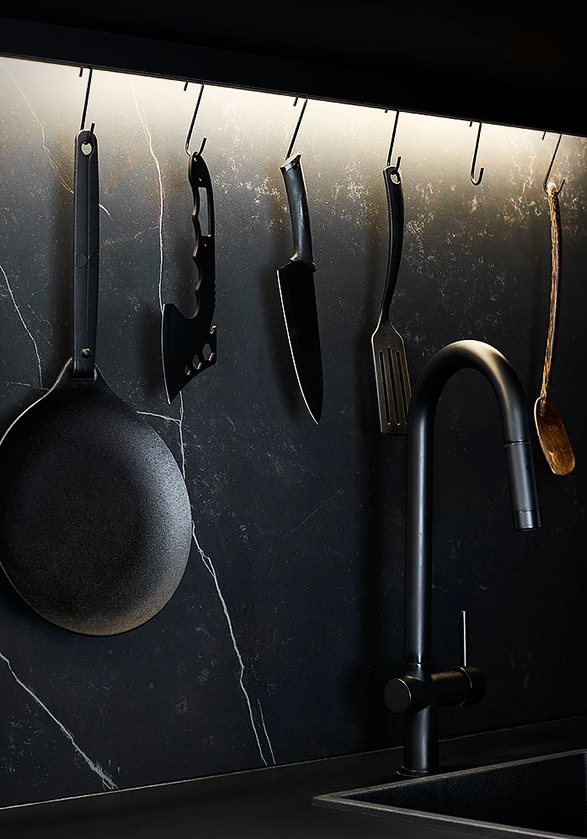 The Richmond Apartment by Melbourne-based Tsai Design is a perfect example of how this can be done. Tasked with creating a spacious home and office in a 376-square-foot (35-square-meter) one-bedroom apartment, the multi-disciplinary firm managed to produce a result that was fresh, modern, airy, and uncompromising on quality. Most importantly, it’s not cluttered — far from it, actually, thanks to a series of clever built-in and sliding elements.

“The design is in support of the tiny house movement,” they explain. “The design questions the notion of living in excess; in the number of belongings, as well as the size of living areas. The client bought a tiny 35-square-meter one-bedroom apartment without a working kitchen. The challenge [was] to refurbish the unit with clever interventions to create a generous living condition.”

About two-thirds of the narrow space is painted white, all of it facing the apartment’s only windows. The other third is anchored by new wooden surfaces on the floor, walls, and ceiling, creating the illusion of additional space. Not only does this area house a new galley kitchen and plenty of multipurpose built-in storage, but it also offers a series of shallow closets that divide the kitchen from the bedroom. 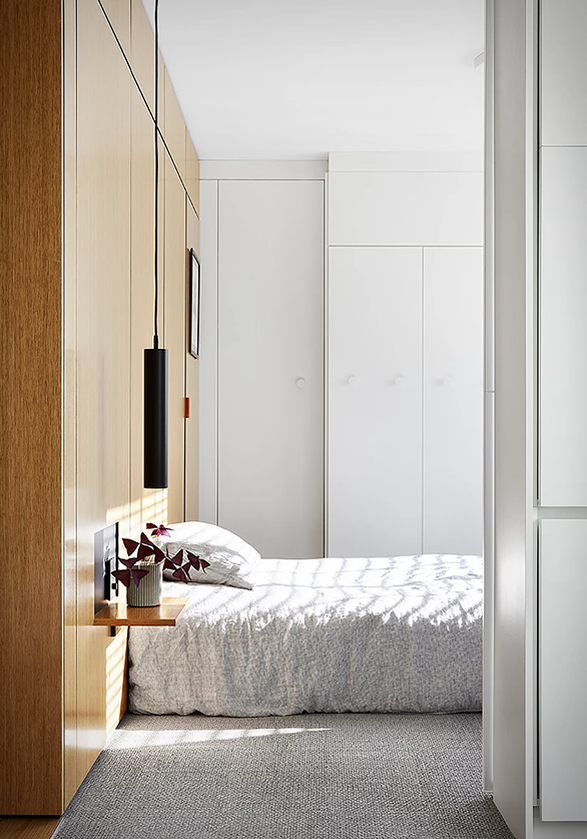 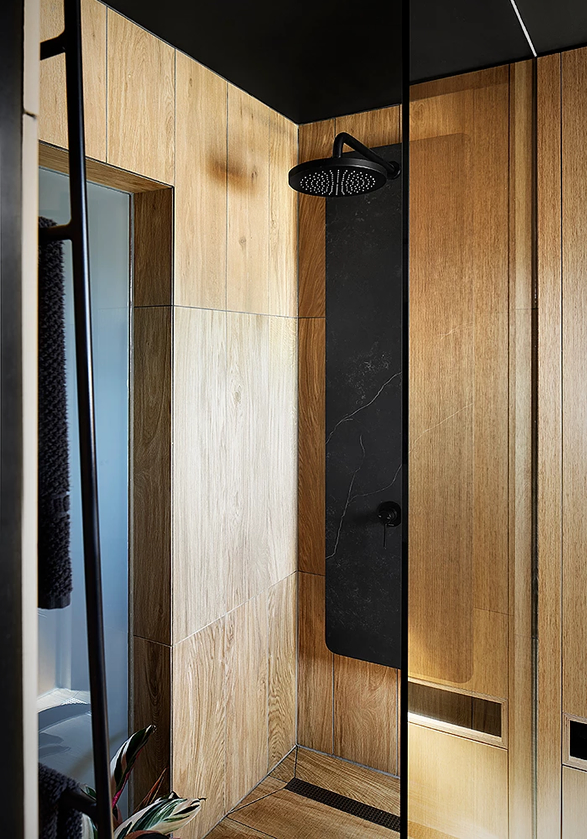 The apartment has cabinets, drawers, and work surfaces galore, providing lots of places to hide objects that would otherwise make the space feel busy. Crucially, there’s a “home” for just about everything, from bottles of wine and kitchen implements to shoes and umbrellas. The wood adds warmth to the space and gives it a unified appearance — one offset beautifully by black marble accents. Mirrors on the opposite wall make the space seem a lot larger than it is, while window seats provide the inhabitants with a connection to the outdoors. 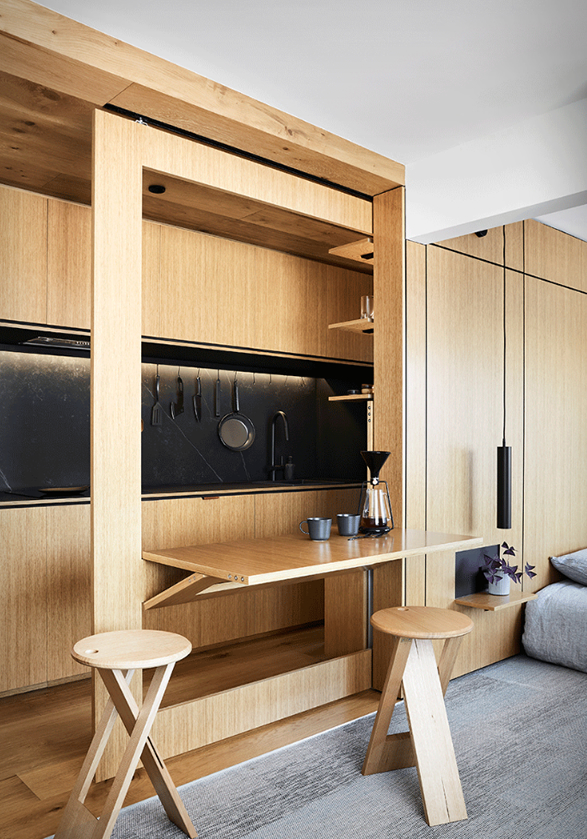 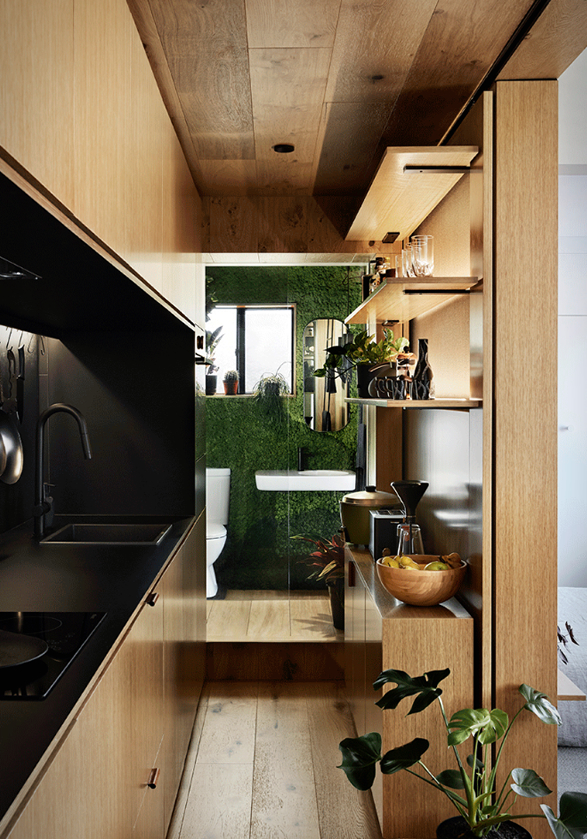 Above all else, the most important aspect of Tsai’s design is its ability to transform. The flexible main room can act as a living area, study, office, or dining room. Tabletops fold down, televisions appear from behind hidden panels, and an entire dinette for two pops right out of the kitchen wall, complete with flat-pack stools. Take a really close look, and you’ll find that there’s also plenty of room for books, plants, dishes, clothing, decorative items, and even a bicycle.