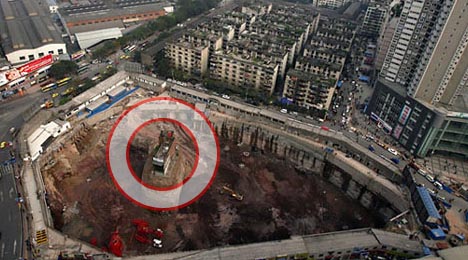 Like David and Goliath stories of the 21st Century, nail houses are an age-old phenomena that have become world-wide tales of resistance in our increasingly globalized and urbanized world. Dwellers of these homes refuse to leave even when offered huge sums of money and other incentives, resulting in a stubborn nail of a building in the middle of modern cities surrounded by condos, shopping centers and even airports. 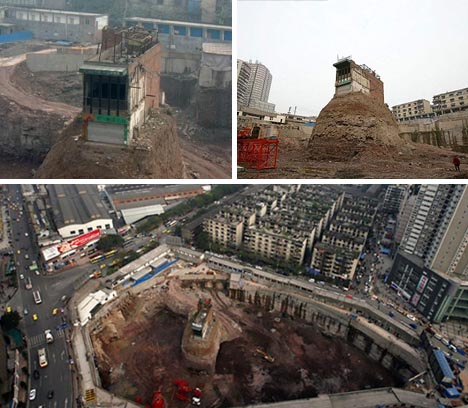 Deputy Dog recently covered a number of these strange stand-alone structures from around the world that have blocked construction projects from the United States to Japan and China, including the above home of Wu Ping – a one-woman hold out who refused to move even when 240 other property owners around her did. 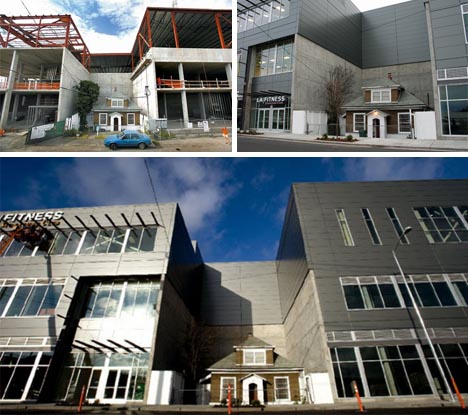 Edith Macefield lived in her house for over four decades as developer after developer offered her large sums of money for her property. Even when they built up every available square foot around here and blocked her in with cold, hard, windowless concrete she would not budge from her modest home in Seattle. Shortly before she died, she even forged an unlikely friendship with the head of the construction project engulfing her home. 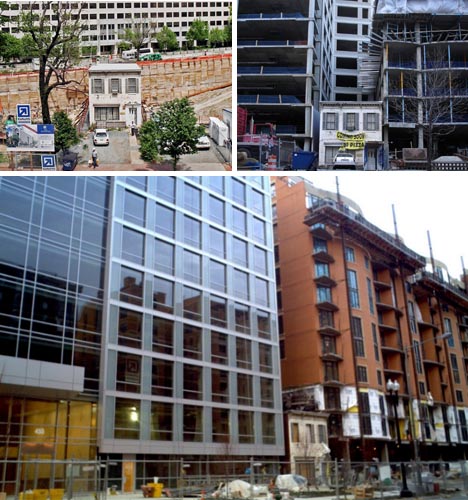 Continue reading below
Our Featured Videos
Austin Spriggs has a similar story about his lone house, dwarfed by commercial and residential complexes, lodged near the heart of Boston. Rather than take the millions of dollars offered for his property he took out a lone and converted his place into a very out-of-place little pizza shop. These are just a few examples but with modern media, the rapid spread of information has turned many of the individuals who hold out against large developers into symbolic heroes of blue-collar workers and the traditional middle class.