Just when you thought mugs were incapable of being further innovated, here comes a new and creative variant that simplifies that little act of squeezing that burst of flavor out of your teabag. 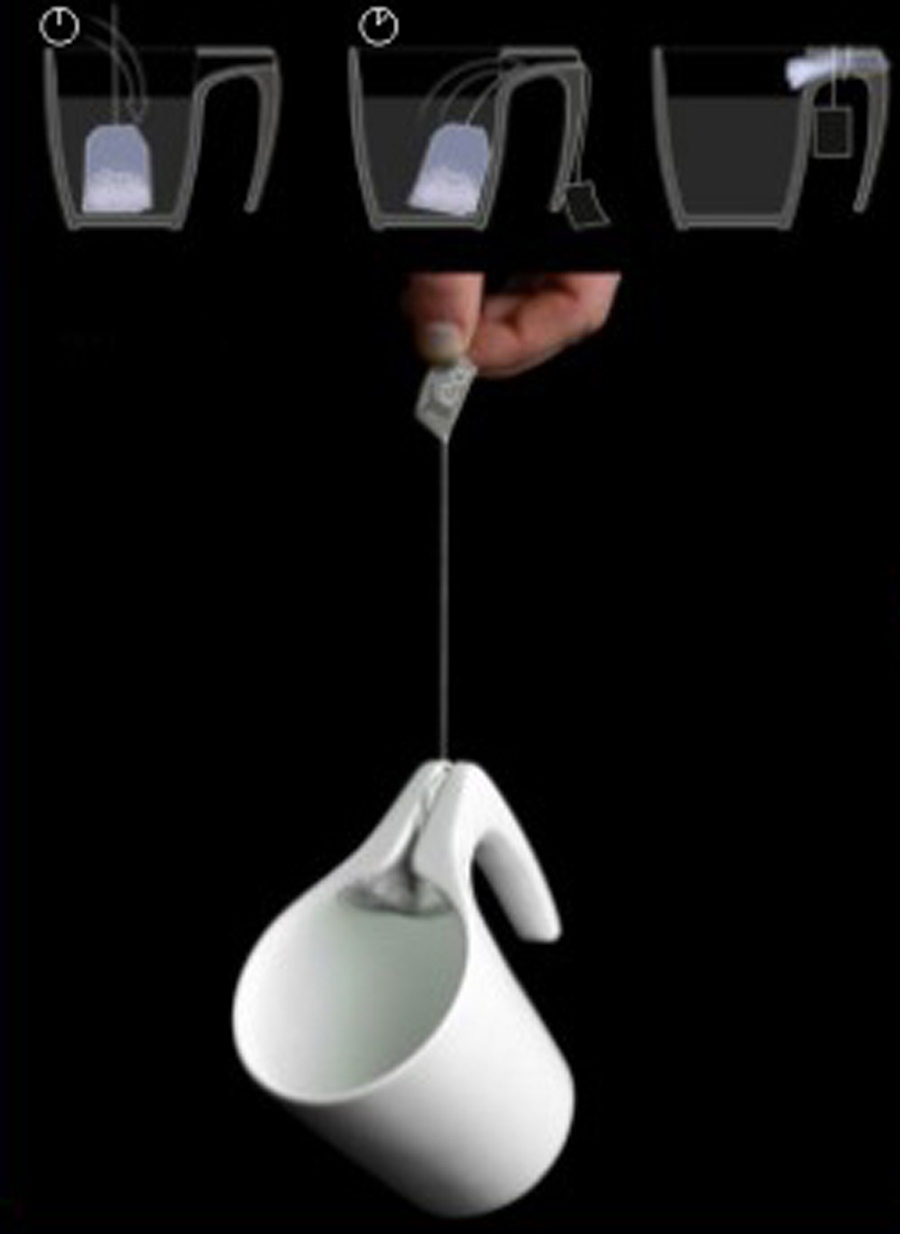 A play on slingshot, the SlingsHOT follows a similar pull-and-release motion as you draw the string up through a pre-cut slot in the side, which in turn puts pressure on your teabag while keeping it from popping entirely out. Designed by Samir Sufi, this simple tweak means no more messing with fingers of spoons if you are the type (as this author is) who is inclined to get the most out of each and every teabag, but who never thought there could be a simpler way.