It’s never been as easy to take a photograph as it is in 2017. Even if you don’t own a top-of-the-line camera, your phone probably takes a pretty decent picture. While technology has allowed everyone to express their creativity and unleash their inner photographer, it’s also made it harder for individuals to stand out from the crowd. Cue the Shotbox 2.0, the clever pop-up photo studio system that allows people who make art or crafts to show the best possible versions of their products off. 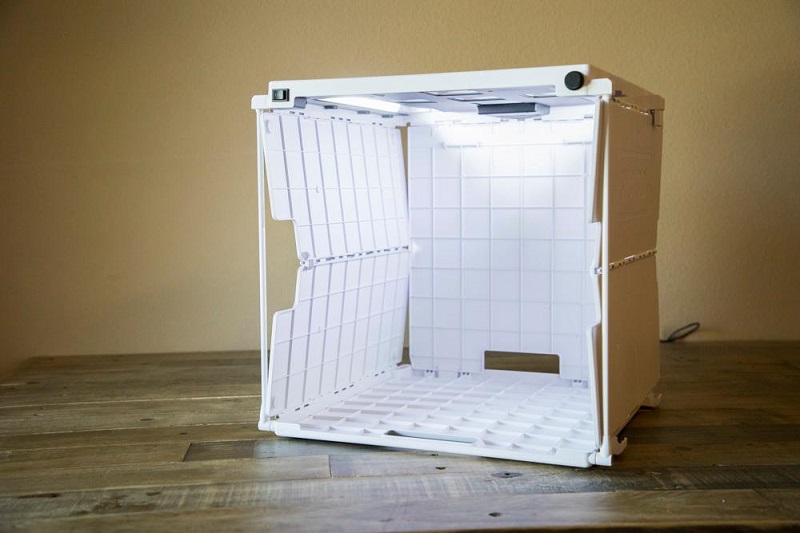 By allowing you to customize the lighting and background around your work, Shotbox guarantees great pictures that are sure to garner plenty of eBay and Etsy sales. If you’re a food blogger, you can even use this mini-studio to take some top-notch shots of your edible finds and creations. 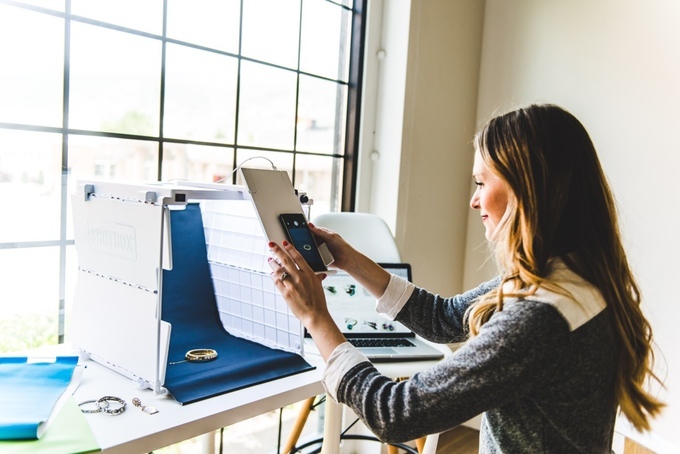 About This Clever Invention

The original Shotbox was released on Kickstarter in 2015 and consisted of a pop-up “micro-studio” that allowed people to adjust a set of high-powered LEDs to create the perfect lighting for their shoots. To this day, its inventors swear that their product yields quality images on absolutely any camera, whether it’s a high-end model or simply built into your smartphone. Shoot photos from the front and down through the top of the Shotbox for a variety of angles and lighting effects. 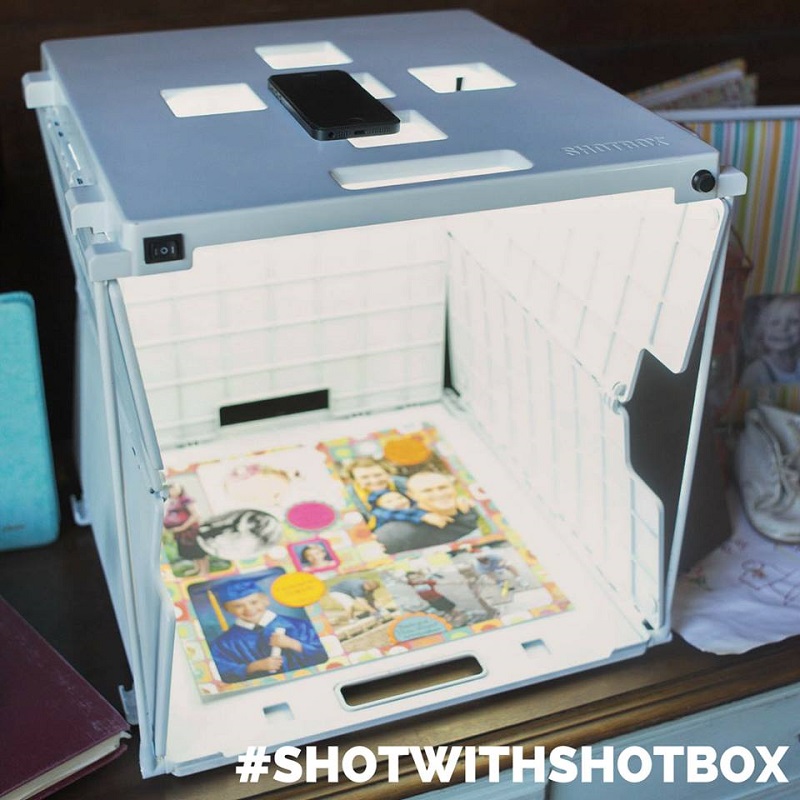 Shotbox’ compact size is undoubtedly one of its most convenient features. The studio measures a modest 14-and-a-quarter inches wide by 15 inches deep and 15 inches tall. Since the Shotbox is also collapsible, you’ll never have to worry about going through some huge ordeal when preparing it for a photo session. Just open it up, set it on a nearby table, and plug it in. Each Shotbox also comes with a waterproof mesh bag to make transporting it even safer and easier than it already is. To quote its designers, “The Shotbox is so simple to use that even your kids can do it.” 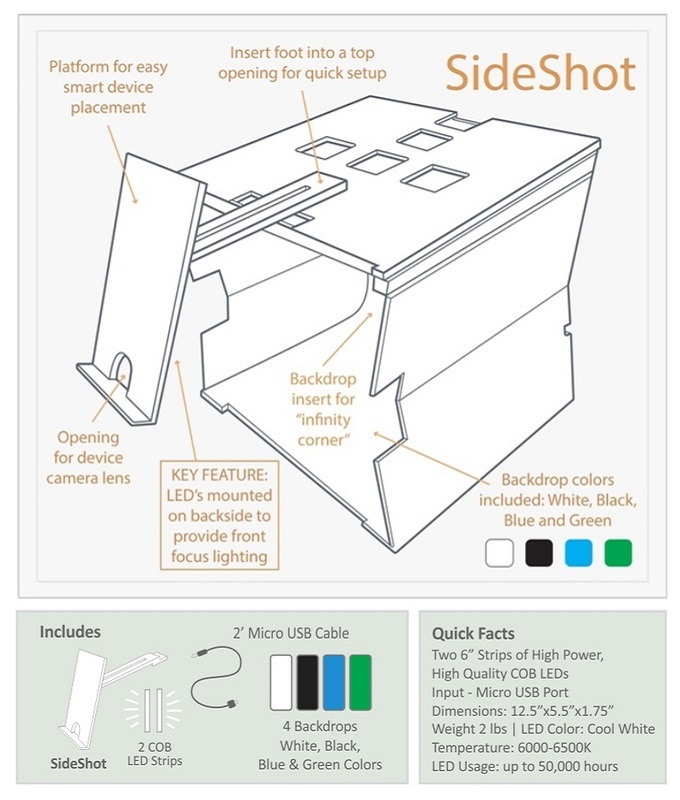 You’ve probably noticed that the Shotbox has a little bit of an unusual shape. As it turns out, the company deliberately decided to bend its walls inward, preferring the design over that of a traditional square box. Of course, these concave walls are much more than a talking point — they also serve a functional purpose. “The angles actually assist the light within the box to diffuse and balance,” the design team explains. “By providing more angles to bounce off and collide with, it creates softer lighting on the floor.” To further diminish the intensity of the LEDs, the company has lined some of the Shotbox’ interior panels with support ribbing. 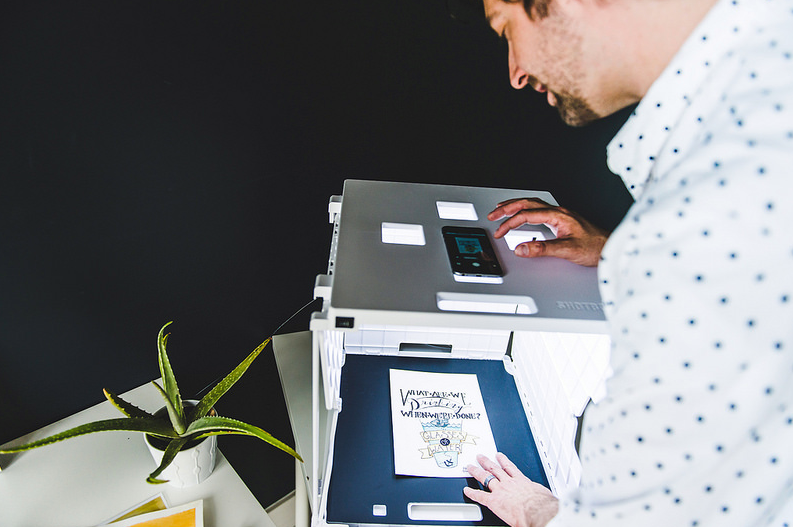 What sets the 2.0 model apart from its predecessor is its ability to work with add-on background and floor panels, which people can use to add some variety to their shots. The company’s standard backdrop kit includes four colors: black, white, green and blue. 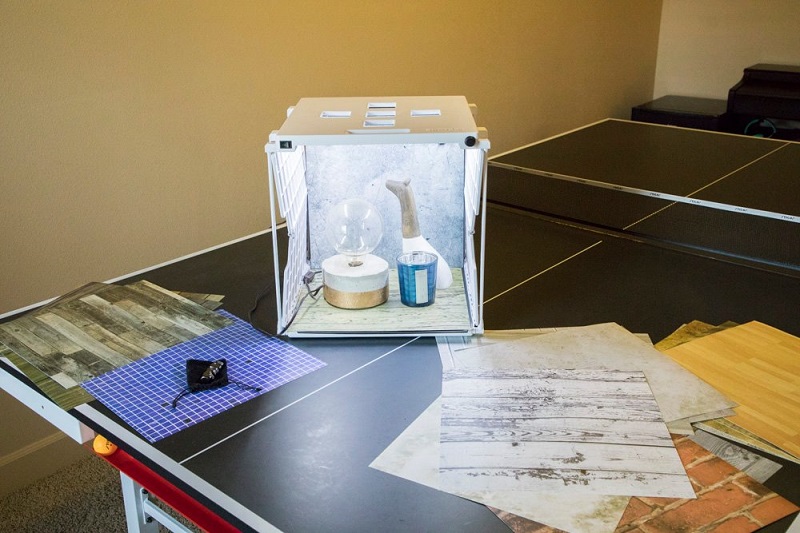 The Shotbox staff claims that they are always working on new accessories for their pop-up light studio, so consider the 2.0 another step in an ongoing work in progress. In the meantime, we’ll just have to wait and see what the company “develops” next.