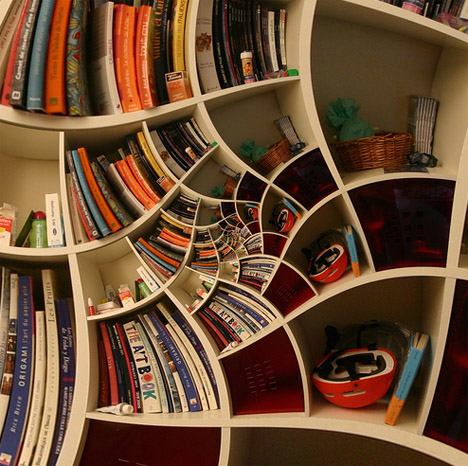 Seb Przd is a skilled photographer known for his fantastic “little planet” photography. He has also created this highly compelling set of seemingly impossible bookcases to showcase his skills as a photographer but even more so as a highly creative photo editor – someone who can manipulate reality in novel but highly mathematical ways. 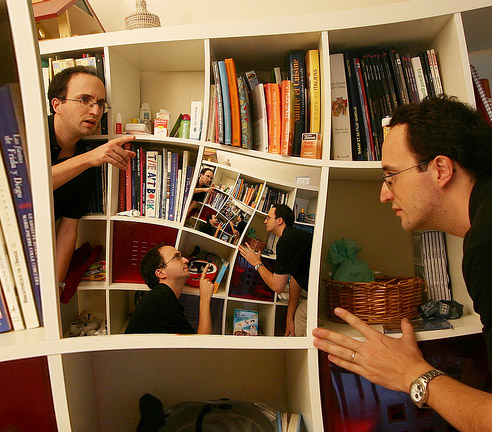 Seb can be seen here creating infinite loops, regressions and spirals and even arguing with himself in one instance. He works, in general, with photographs that are impossible with a conventional camera – and specifically with spherical panaromas and creative ways to map these onto flat surfaces including stereographic projections and conformal mappings. 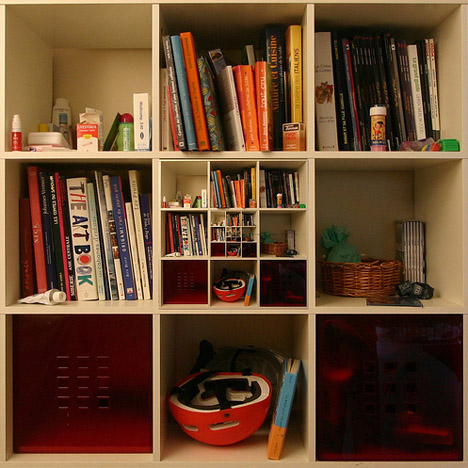 So what does this have to do with actual bookcase design? Very little, directly speaking, but it speaks indirectly to new ways we can look at old conventions. These photographs take a very simple 3-by-3 design grid – one of the most conventional design layouts in the world – and reinterprets it in radical new ways. Also, take a second look: while these may look impossible at first they are, in reality, only highly improbable. All could be built in one form or another, though the level of detail might be highly difficult to achieve. 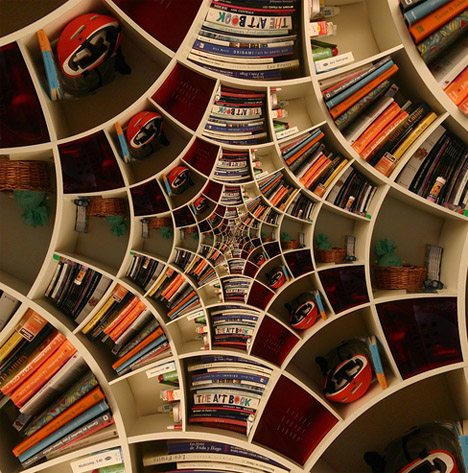 “The first step is spherical panoramas, or as they are commonly known, Virtual Reality. Visit my equirectangular set, or view my last ten pictures in an interactive and immersive viewer (courtesy of fieldofview; needs Shockwave). I also have a limited number of interactive panoramas in ViewAt.org (in Flash).”

“As the visual sphere cannot be projected onto a flat surface without being distorted or torn, I have devised several ways of showing these spherical panoramas on a flat screen. One of the most appealing ways is the stereographic projection, the most common presentation of which looks like a little planet. The stereographic projection is just one example of conformal mappings, an infinite family of mathematically defined projections of the sphere to the plane that look good.”