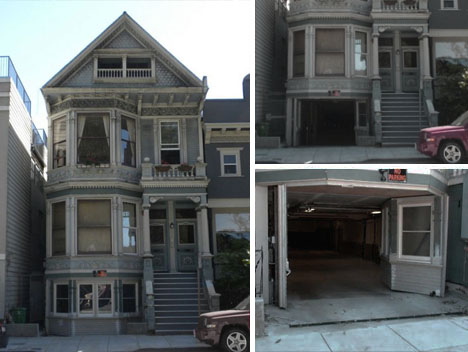 Anyone who has tried to park in Haight-Ashbury (or San Francisco in general) knows finding a spot is anything but easy – so when faced with renting out parking-free units or doing something drastic, different and ingenious, well, these developers did the latter.
http://www.youtube.com/embed/KaOKUos0-Iw?rel=0
McMills Construction contacted Beausoleil Architects to devise an ingenious solution – turn the scattered storage spaces on the first floor of a classic Victorian into a multi-paneled entrance to a brand new garage. 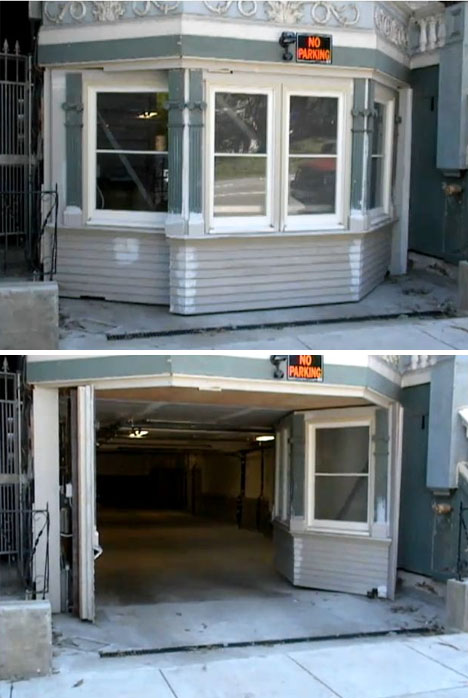 There was no structural concern – engineers had determined a seismic retrofit could clear out existing columns and make room for cars – but the planning commission presented an aesthetic problem that had to be addressed. 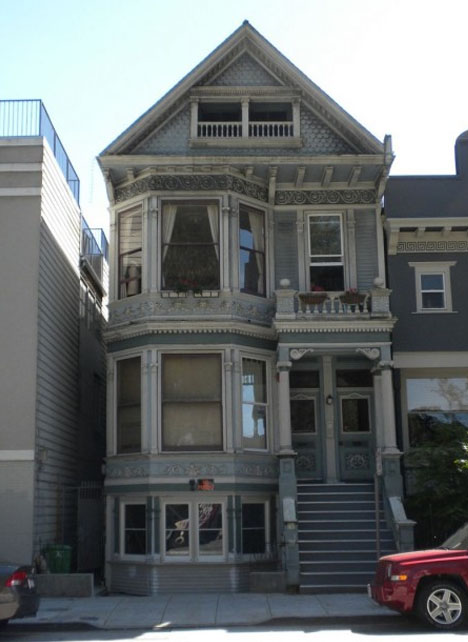 “Beausoleil carefully measured the elements of the existing facade and drew them up, then determined how the bay window sides could be split apart from the rest of the building with almost invisible seams. They envisioned a steel framework that would be secured to the back of the walls before they were cut away from the structure allowing the fabric of the building to remain virtually intact, studs, siding, windows all moving in concert.” 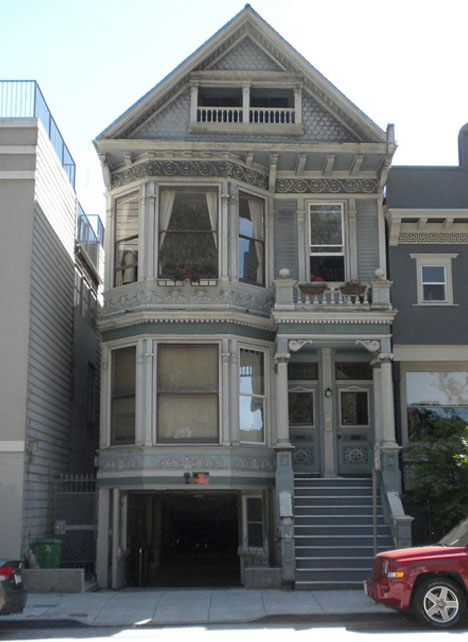 “The front yard, which had a possibly original wrought iron fence, also had to be redesigned to incorporate a driveway and a percentage of planting areas in accordance with the zoning code …. To make the doors work mechanically, there are two floor mounted hydraulic activators, which rotate the doors on pivot hinges. Further details, including control and security hardware, were worked out in the field by the installer, Rick Dentoni of Automatic Gate Installations.”