Each year, the Kitchen & Bath Industry Show (KBIS) exhibits the latest advancements in kitchen and bathroom design. This year, the show took place in Orlando, Florida and ran from January 9th to 11th. While many companies’ appliances were coated in sleek shades of bright blue, Cosentino unveiled an elegant bathroom credenza made from ancient wood. 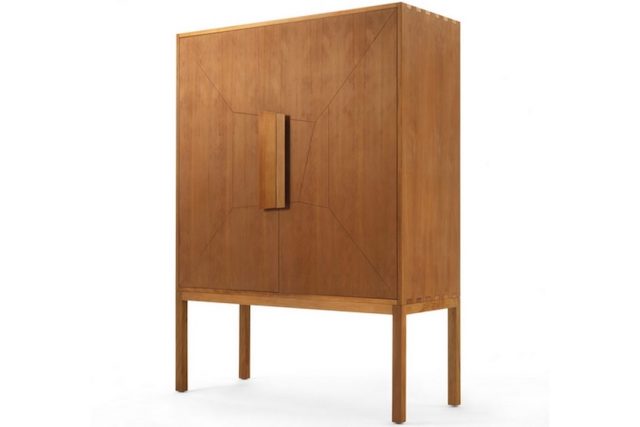 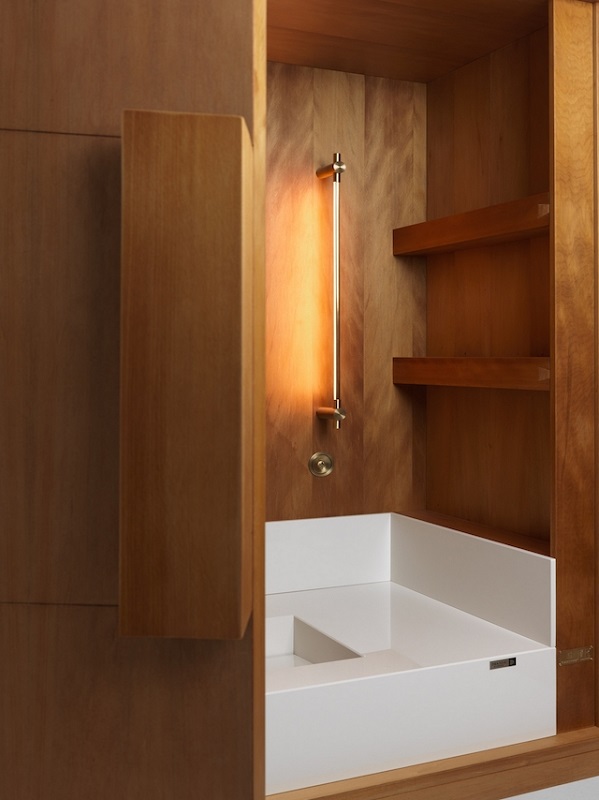 The self-proclaimed “leader in surfaces for the world of design and architecture” partnered with Italian furniture manufacturer Riva 1920 and architect/designer Daniel Germani to create DeKauri, a freestanding enclosed bath vanity. The unit takes inspiration from the traditional Italian credenza and brings its magnificence and usefulness into the 21st century. After taking home the Silver Award for “Best of Bath 2018” at the show, the design has been flooding all social media platforms, catching the attention of homeowners everywhere.
Kauri wood — the most ancient wood on earth, according to Riva 1920 — was used to craft the credenza. It is 50,000-years-old and has been aged under mud and water for thousands of years in Auckland, New Zealand. 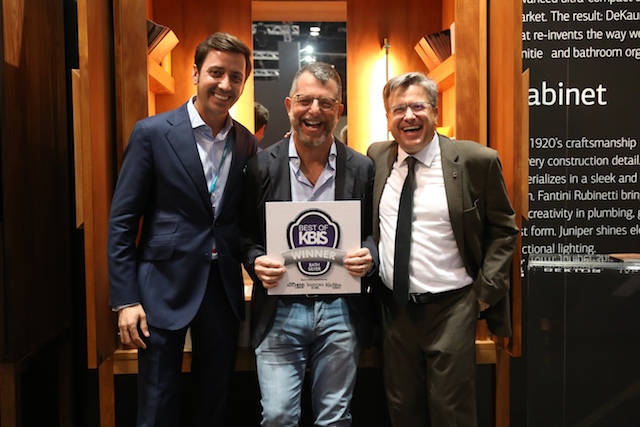 You can reveal the DeKauri’s hidden interiors by sliding its two main rustic yet modern doors to the side. When open, a washbin by Dekton (a subsidiary of Cosentino) serves as the main focal point. Made from an ultra-compact surfacing material, this washbin boasts low water absorption and is made to be scratch, stain, UV, and impact-resistant. Juniper Design played their part by providing the vanity with a rectangular mirror and bright lighting. The interior also features a beautiful gold faucet from the “Fantini AF/21” collection by Fantini Rubinetti.
Germani planned to turn heads by incorporating materials that were visually appealing but that also resembled the freshness of Mother Nature. The combination of natural stone and Kauri wood creates an exotic yet humble aesthetic. The vanity is also available in cedar, walnut, and wenge wood. 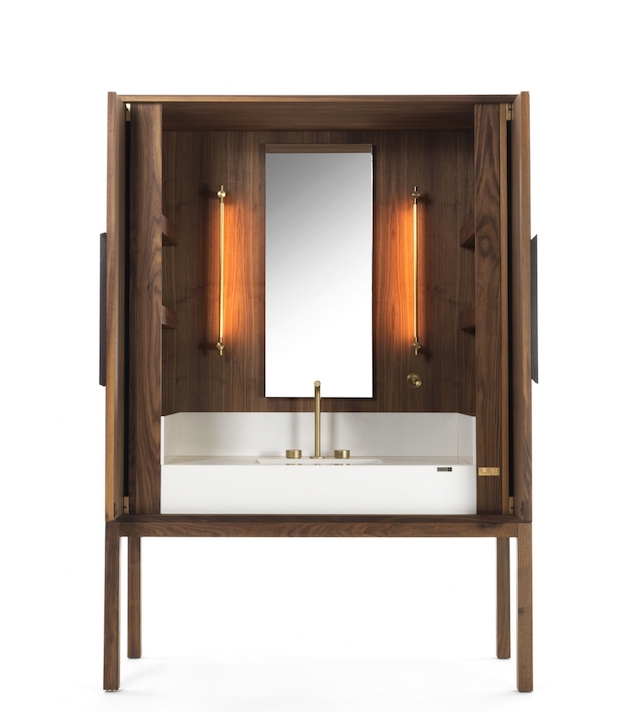 Daniel Germani is a familiar face to both companies, as this is his fifth collaboration with Cosentino and his second with Riva 1920. He recognizes that design is constantly evolving and that there are always new and fresh ways to spice up a space. When it comes to bathroom design, he feels as if not enough has changed. “When it comes to the kitchen there are ingenious, innovative design solutions to hide and store everything,” he explains. “But that’s not always the case in the bathroom. I realized bathroom storage has at its core remained the same.” That gave him the idea to conceal both sink and storage in a freestanding piece of furniture.
“DeKauri transforms incredibly utilitarian parts of the bath into something incredibly beautiful. It helps take away the feeling of being in a bathroom. I could very easily see this in a master suite, a power room, or even in an open-concept bedroom where the sleeping space and bath flow into one another.” 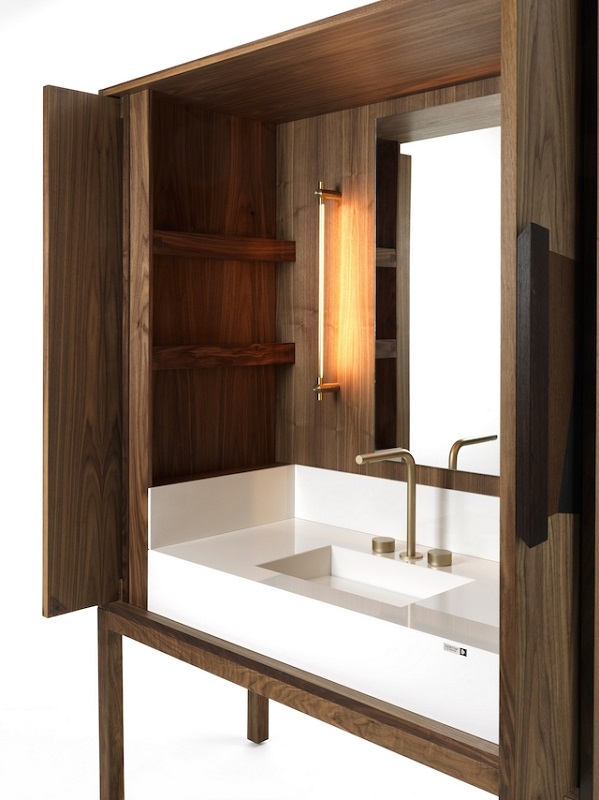 After the credenza received such widespread acclaim at KBIS, Cosentino announced that it also planned to exhibit DeKauri at Salone Milan in April, where it will likely continue to wow the masses.
“Cosentino is thrilled to continue its collaboration with Daniel Germani alongside Riva 1920, a brand admired across the globe for its artisanship of classically styled wood furniture”, says Massimo Ballucchi, Marketing Director of Cosentino North America. “We continue to be inspired by Daniel’s innovative approach to furniture design and the unlimited applications he envisions for Dekton, and we hope it inspires the industry, as well. He’s truly a visionary, and it’s an honor to work with him.”