The California lifestyle has long been viewed as something to aspire to by people in other parts of the world: clean living by the beach, heading out to surf during the day, and taking full advantage of all of the sights and sounds at night. They don’t call it California Dreamin’ for nothing, after all. The idea of living in California also tends to go hand-in-hand with the idea of living in the perfect Californian home. If you happen to have a few million dollars lying around, an amazing house that epitomizes that laid-back attitude can now be yours. 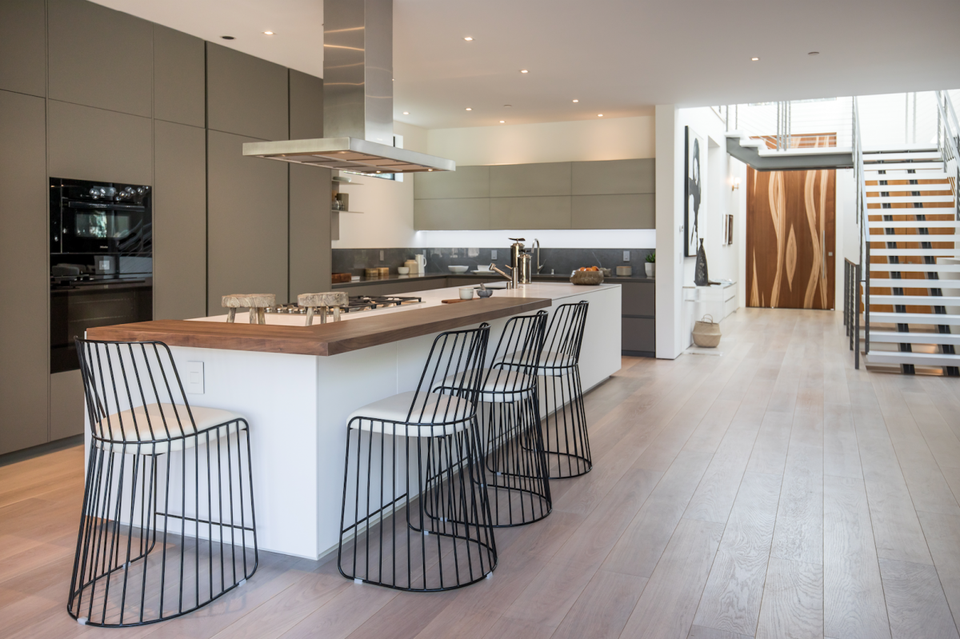 This newly-on-the-market house is being listed by Ava Domanovski and Charles Pence of Pacific Union International for the hefty price of $7.99 million — but anyone with a keen eye for design will see that this house is truly a gem. Created by technological designer and artist Mario Romano, this incredible 7,130-square-foot property spans three floors and perfectly marries architecture, art, and technology, with innovative lighting strategies being worked all throughout the physical structure. Romano, who himself is no stranger to pushing the boundaries when it comes to interior design, has really broken the mold with some of the elements in this house, not least with some amazing 3D-printed feature walls whose sinewy surfaces have been backlit to create a uniquely comforting environment. 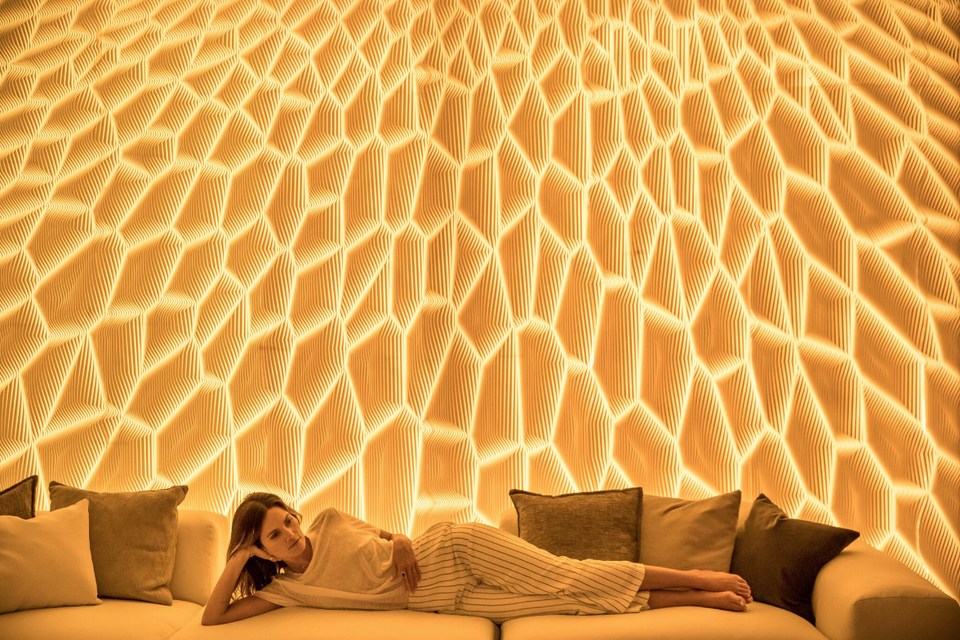 Officially called “M.R. Walls,” these panels represent “a break-out design language and innovat[ive] manufacturing process using the latest in parametric computing and CNC machining technology.” The walls rest in the home’s entertainment center, which itself consists of two state-of-the-art rooms on the lower levels. The same walls can also be found on the exterior of the house, where they act as a decorative and energy-efficient rain screen for the facade, which also invokes some more traditional Californian vibes by working the decks of skateboards into its 11-foot-high main entrance. 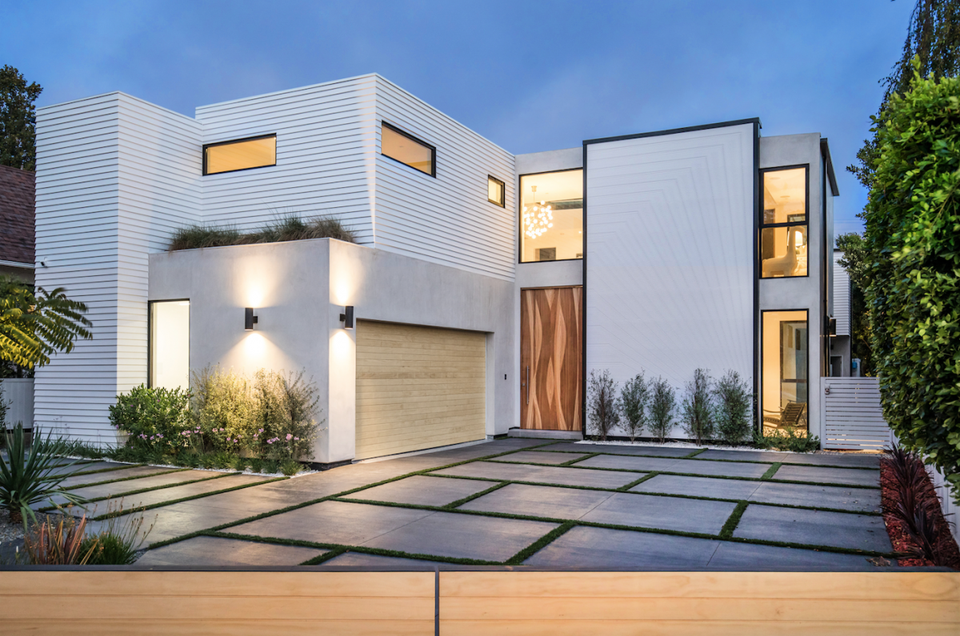 The house itself benefits from six bedrooms and eight bathrooms, with common areas like living rooms and patios blurring the lines between inside and out to celebrate the glorious Californian weather. Glass is heavily present throughout to help amplify this effect, and a vast skylight illuminates the grand staircase that winds up the middle of the layout. This skylight allows natural light into the dining and kitchen areas, the latter of which boasts a central island chock-full of state-of-the-art cooking utensils and appliances. 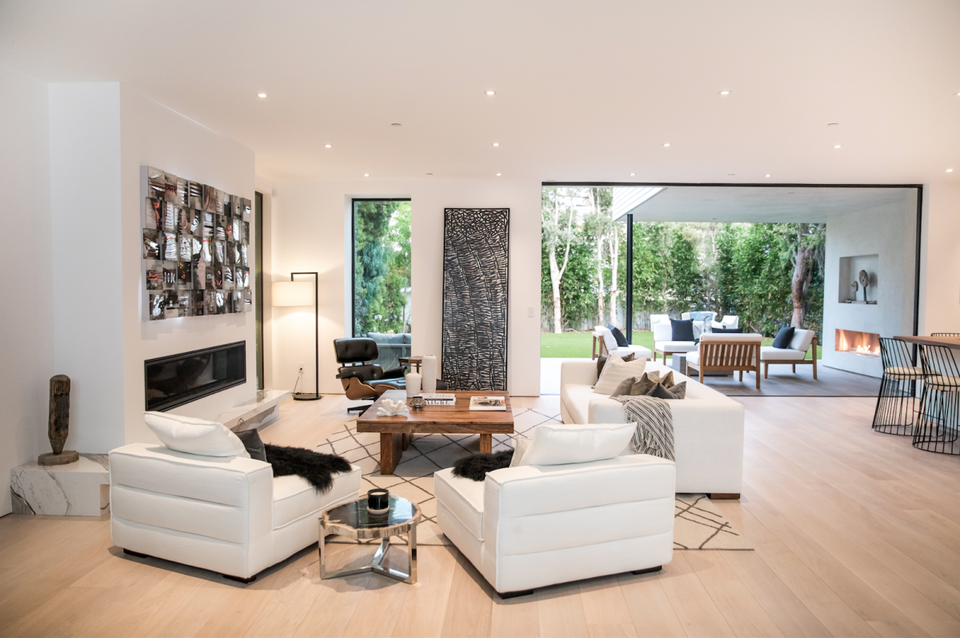 “San Vicente” is the last in a quartet of experimental feature homes by Romano, but all of them can treated as pieces of art in their own right. They are often used as locations for video and photo shoots, so you can definitely expect to see them popping up in commercials and music videos sometime in the near future. Romano plans to focus more on his feature walls going forward, and with any luck, they’ll continue to make their mark on California’s luxurious homes for a long time to come.