The restoration of historic buildings is a constant challenge for everyone in the architectural community. Often, the question is whether or not to restore them at all, as demolishing the structures entirely and starting from scratch can be more economical and time-effective. If it is decided that the existing structure should be retained, what aspects of it should be kept? Of course, that depends on the overall condition of the building and any historical merit it might have that’s worth preserving. In this case, ruins renovated to include them in a modern build add a lot of texture and character.

Sometimes, these buildings are in good enough condition to have their characteristic period features highlighted and combined with new elements, resulting in incarnations that are altogether new. These are often the most successful conservation and preservation projects, when old and new come together to embody both the times gone by and the now under a single roof.

This recent project by David Connor Design and Kate Darby Architects has done exactly that by preserving an old cottage within a new construction in England’s West Midlands. The collaborative team is responsible for conserving the cottage’s 18th-century timbers, which were in a severe state of decay. Instead of restoring the rotting structure, the concept behind the build was to keep everything exactly as it was and to incorporate it into a new construction.

The designers said, “The strategy was not to renovate or repair the 300-year-old listed building, but to preserve it perfectly. This would include the rotten timbers, the dead ivy, the old birds nests, the cobwebs, and the existing dust. The ruin would be protected from the elements within a new high-performance outer envelope. This means that in most places there would be two walls, two windows and two roofs, old and new.” 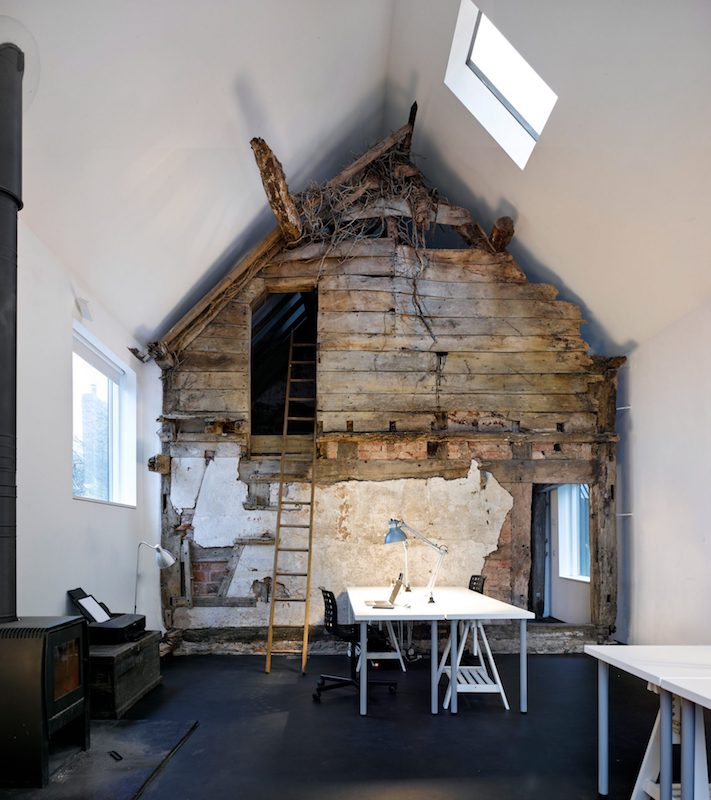 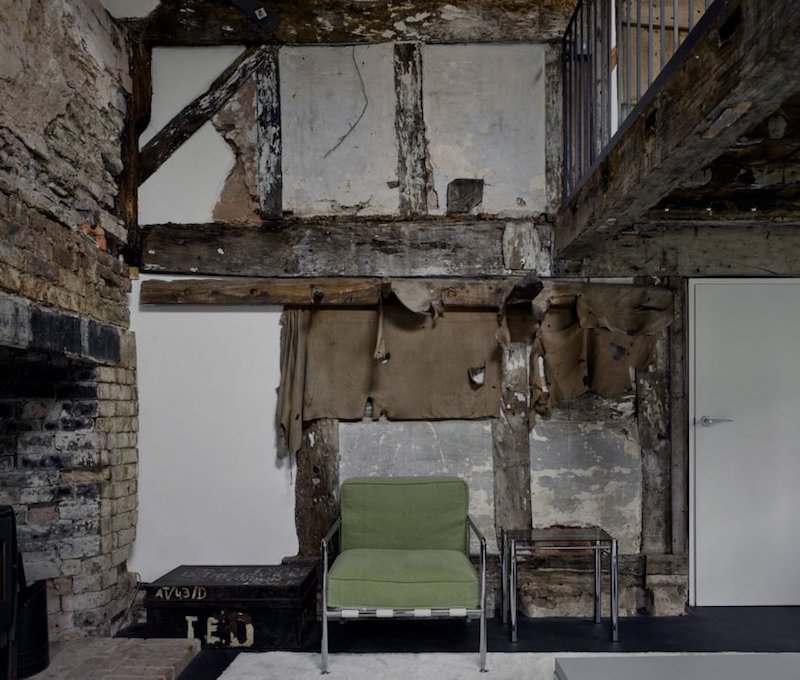 The new scheme sees the cottage enveloped in a gabled structure with feature fenestration (including a generous vertical window in one of the walls) and a black corrugated metal skin. The cottage now forms part of a house that also incorporated an existing stable on the land into itself, which now functions as a studio for the architects and designers. 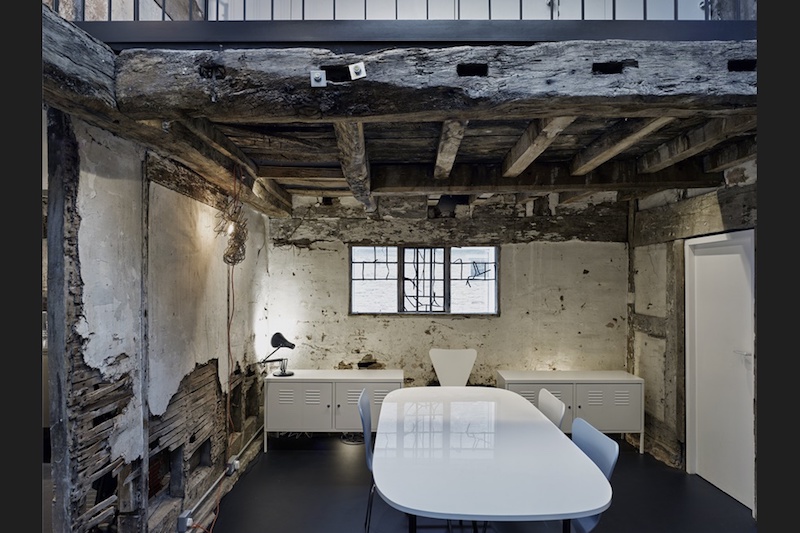 The effect of the old cottage’s subsumption into the new home is startling in its juxtaposition of old and new. Certain period features are retained in several projects, but it’s rare to see centuries-old growth and decay worked into a brand new design. There is a beauty in the coupling of the ancient rafters and warped beams with fresh, whitewashed walls and a new steel frame, which has been carefully inserted into the cottage to support the existing one. The furnishings are minimal and straddle the boundary between antique and contemporary themselves, with wood burning stoves, simple metal framed couches and armchairs, and stainless steel kitchen units bringing flashes of modernity into the space. 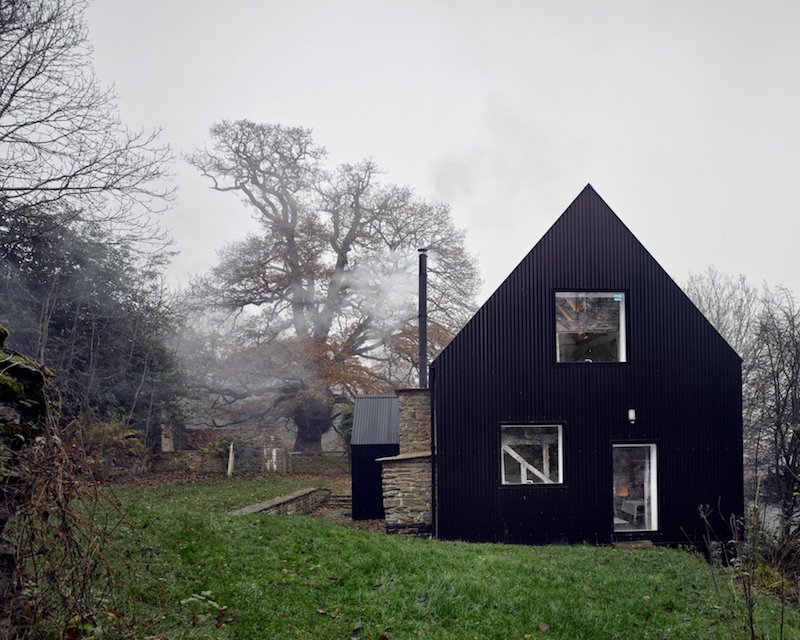 This preservation project has been a personal and industry success for its designers, who have won a number of awards throughout 2017, including the RIBA West Midlands Regional Award, the West Midlands Small Project of the Year, and the Architect’s Journal Small Projects Award.