Millions of metric tons of plastic waste float down the world’s rivers each year, ultimately clogging our oceans, harming wildlife, and disintegrating into microscopic fibers that are virtually impossible to clean up. Solving this problem for good will require drastic changes in the way we design, use, and reclaim plastics, and while most of those changes will have to happen on a large scale through legislation, small efforts can make a big difference, too. In Rotterdam, litter in the Meuse River that would have eventually dumped out into the North Sea is getting a new lease on life. To top it all off, it’s benefitting the locals at the same time. 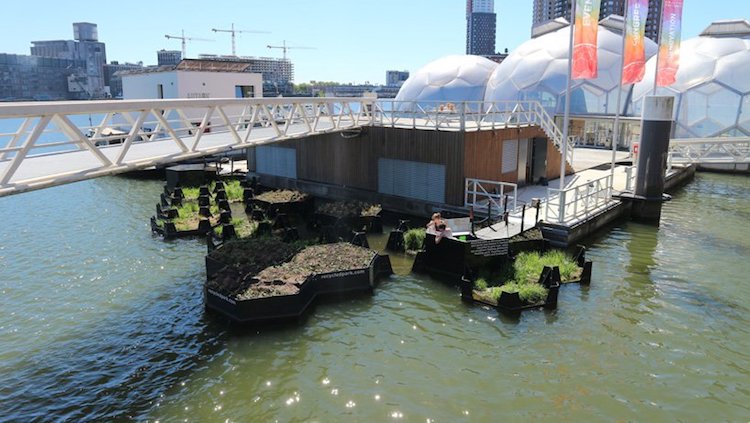 The Recycled Island Foundation opened its first “Recycled Park” this summer, a series of floating structures made from 1,000 square feet of diverted waste. Not only is the park a fun new destination complete with walkways, conversation pits, and tiny islands, but it also provides a home for ultra-important species of snails, beetles, fish, and other creatures that help keep the river ecosystem healthy.

“Plastic waste is a structural problem in open waters,” explains the organization. “Via rivers a subsequent part of plastic litter enters our seas and oceans, where it becomes part of the plastic soup. The New Meuse is an important European river that takes the pollution from the inland to the sea.”

“The Rotterdam municipality has the desire to realize more green areas. Floating green can take an important role in this as a floating park or green shore. The plastics in the New Meuse are relatively fresh and have therefore a good recycling potential.”

To do this, the organization had to deploy three “litter traps” in the river over a 1.5-year trial period. Volunteers tested, monitored, and optimized the traps as they collected trash and recyclables from the water before sorting and processing the plastic. In the future, these traps could be reproduced and used in rivers all around the world. 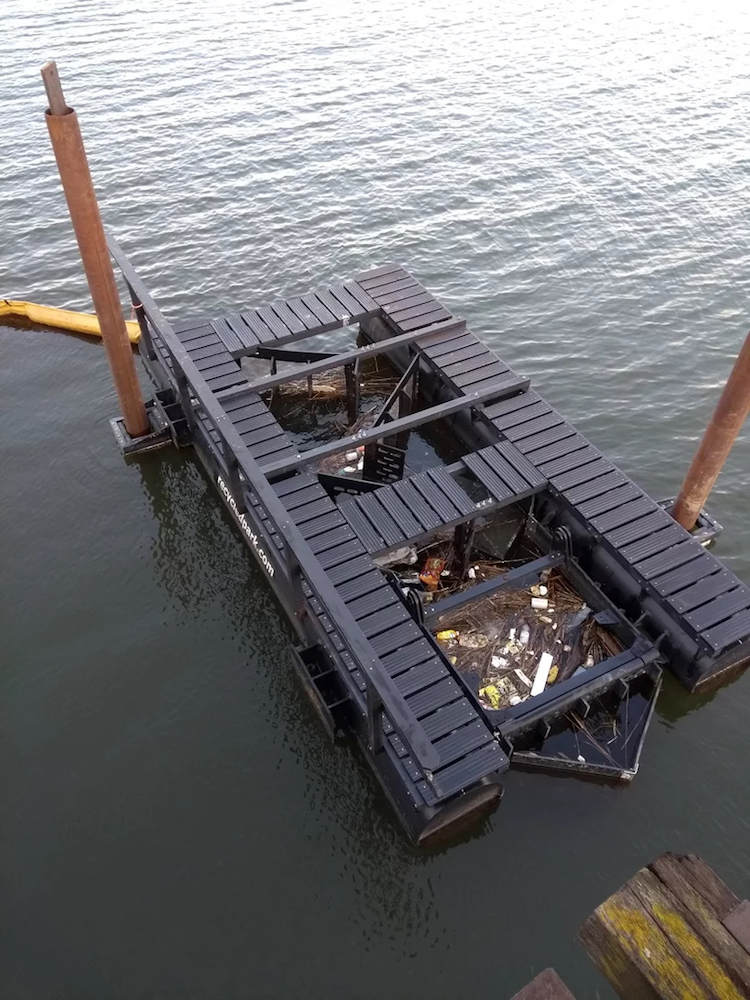 The Recycled Island Foundation team collaborated with Wageningen University, one of the world’s foremost authorities on effective recycling techniques, to create the hexagonal “building blocks” that serve as the park’s foundation. The result is a honeycomb-like structure that keeps the unusual riverside recreational facility afloat — and it looks pretty cool, too. 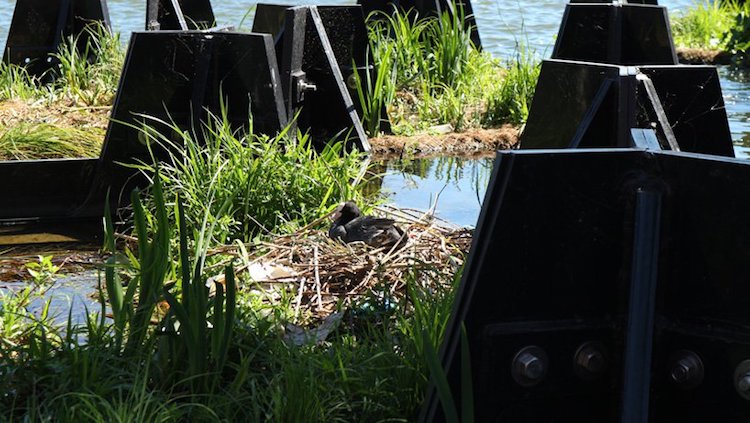 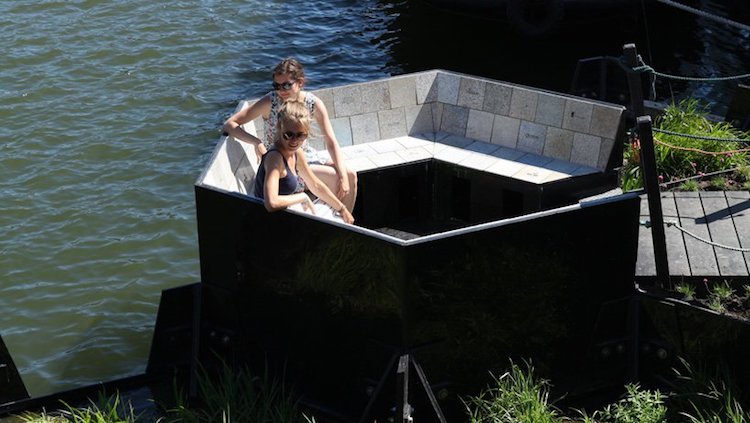 Developed with the support of the local government, the park helps raise awareness of plastic pollution, and its artificial islands support lots of diverse plant life. Animals like ducks have already moved in, too, and small fish and birds take shelter in a “canal” that runs through the center of the park so they can grow and mature before moving out into the open water. The undersides of the plastic islands have been given a rough finish to encourage the growth of aquatic plants that harbor fish eggs.

Even with this success, the Recycled Island Foundation considers the project a work in progress, hoping to eventually incorporate new types of aquatic platforms into the park. In the future, they may even expand the park or open new locations. Either way, the Floating Park is a great example of how we can rethink our use of plastics in creative new ways.