Hospital staff around the world have faced overwhelming workloads during the COVID-19 pandemic. Could humanoid robots help ease that burden? A Hong Kong-based robotics company believes their latest creation, “Grace,” could help transform the healthcare industry as a doctor’s assistant, interfacing directly with patients. Equipped with cameras and sensors as well as a nurse’s uniform, Grace can maintain eye contact, recognize faces, understand speech, hold conversations, and diagnose patients. 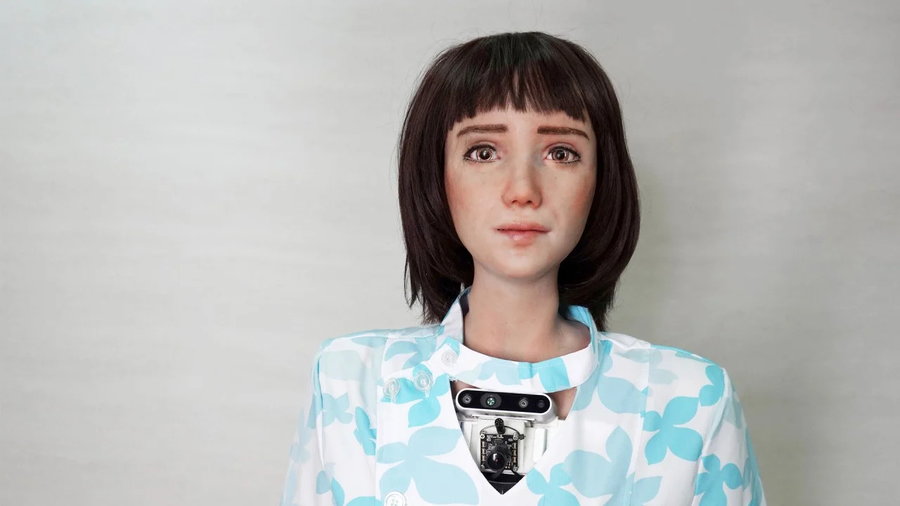 “I can visit with people and brighten their day with social stimulation… but can also do talk therapy, take bio readings, and help healthcare providers,” Grace told Reuters in a demonstration at Hanson Robotics’ Hong Kong workshop, standing alongside her older “sister,” Sophia (who famously became the first robot to be granted citizenship by any country.)

The prototype robot’s facial features are inspired by anime characters, with large eyes and a neutral, friendly expression. Hanson Robotics founder David Hanson says Grace is able to simulate the action of more than 48 facial muscles thanks to a proprietary nanotech skin called Frubber. “A human-like appearance facilitates trust and natural engagement because we are wired for human face-to-face interactions,” he adds. 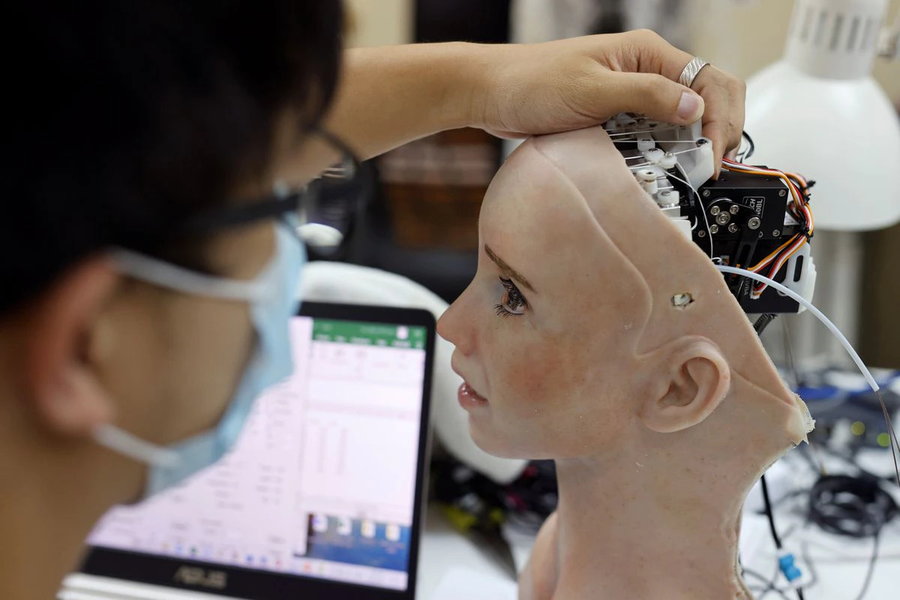 Hanson Robotics envisions Grace as a way to support overloaded medical staff as well as elderly patients and those isolated by COVID-19. Capable of taking patients’ pulses and temperatures with an integrated thermal camera, Grace is also designed to mimic the kind of interaction you’d get from a human care provider, and speaks English, Mandarin, and Cantonese. Her behavior can also be tweaked according to her context, simulating either Asian or Western customs as needed. Naturally, Grace won’t be able to replace medical professionals altogether, but she can step in to perform routine tasks and socialize with patients when human staff aren’t available. 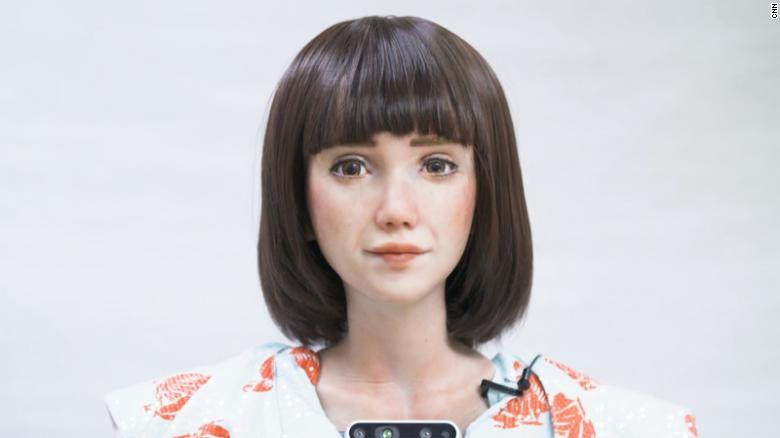 The company says it will begin mass-producing its robots, including both Grace and Sophia, by the end of 2021. Grace will be fully deployed next year in medical facilities in Hong Kong, mainland China, Japan, and Korea. Though the cost of a single humanoid robot is currently close to $100,000 USD, that price is expected to come down as the company manufactures them in larger quantities.

Public acceptance of humanoid robots like Grace will likely vary according to cultural differences. Social robots are already in common use in Japan, and throughout the world, more people are considering their value as companions for lonely seniors. But a recent study found that most people still experience the creeped-out “uncanny valley effect” when robots resemble sentient beings, and questions remain about whether social robots will deepen an overarching loss of human contact as technology evolves.

In the U.S., the pandemic is still raging, and hospitals are facing deepening staff shortages complicated by the new federal vaccine mandates. It’s clear that we need a diverse array of solutions in the face of an aging Baby Boomer population and potential future pandemics, and that robotics have a role to play. Of course, helping medical students afford increasingly outrageous tuition, hiring more staff, and properly compensating medical caregivers would also go a long way.