Houseplants can’t exactly get up and move when they need more or less sunlight or attract the attention of their human caretakers when they’re in dire need of water and nutrients. They’re entirely at our mercy, and try as we may, some of us just can’t help failing them every now and then.

For Sun Tianqi, a Chinese roboticist, the sight of a sunflower dead from too much shade prompted a question: what if he could grant a plant the ability to move around and save its own life? The result is a creation that looks like something out of a sci-fi movie, attaching plants to robotic bases that resemble nightmarishly large insects. 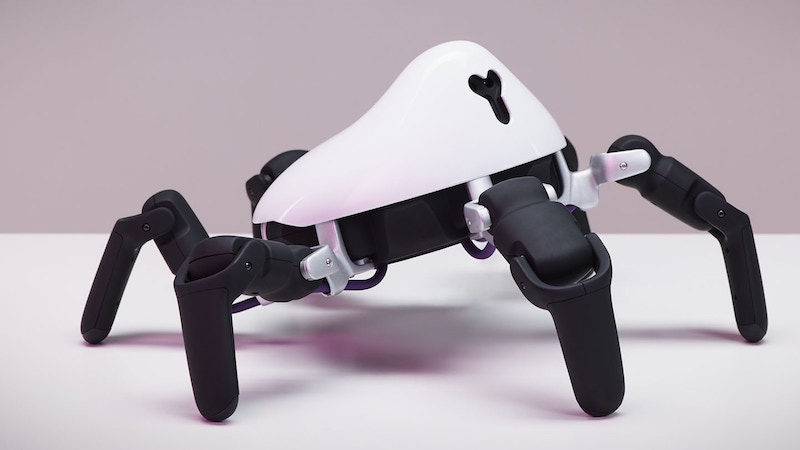 Named for its six legs, HEXA is a black and white robotic planter that acts as a nanny for plants, which stick out of a hollow in its top like spiky green hair. Spatial sensors help it orient itself in its environment, keeping it from bumping into other objects, while optical sensors guide it toward or away from light sources.

It runs on an operating system called MIND, which guides it as it crawls, stands, and squats. If you’re handy with code, you can even download MIND and alter the HEXA’s movements yourself — but it also comes with an app that makes customizing the robot and downloading updated skills a total breeze.

Even if you’re scared of bugs, the HEXA is pretty cute. Its sensors allow it to not only seek out light but also rotate regularly to ensure all parts of the plant get equal exposure. It will dance when it’s well-lit and watered and stomp to let its owners know the plant is thirsty. But even beyond all that, this robotic plant nanny will play with you when you tap on its shell, so it’s almost like having a mechanical pet.

When the HEXA needs to juice itself up, it simply navigates to a nearby power outlet and automatically recharges, so you don’t have to worry about forgetting to care for your robot in addition to your plant. Its battery life is about four hours, but it takes just two hours to charge. Weighing just under four pounds itself, it can carry 3.3 pounds and stands at about six inches tall with a 20-inch diameter. Each of its legs has three degrees of freedom.

“Each life has its own default settings, including human beings,” says Tianqi. “We humans are not built to go to the depths of the ocean to explore its wonder; nor are we meant to fly to the skies to have the clouds beneath our feet. We’re not meant to land on the moon to view the blue planet. For millions of years, humans have been following their settings, and it’s not until the last century that we started to break those laws. We invented submarines, airplanes, and the Apollo Program, essentially helping us to break our default settings.” 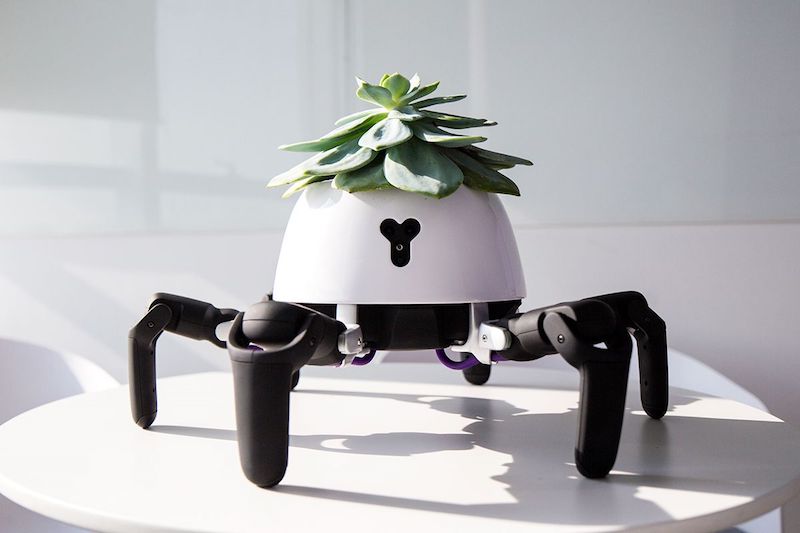 “However, for billions of years, plants have never experienced movement of any kind, not even the simplest movement. Their whole lives, they stick to where they were born. Do they desire to break their own settings or have a tendency towards this? If human beings always try to break the settings with technology, how about plants? I do not know the answer, but I would love to try to share some of this human tendency and technology with plants. With a robotic rover base, plants can experience mobility and interaction. I do hope that this project can bring some inspiration to the relationship between technology and natural default settings.”

In 2017, Tianqi and his robotics company Vincross launched a successful Kickstarter campaign to get the HEXA off the ground. Today, it’s available for purchase with either wired or wireless charging capabilities on the Vincross website for $949 – $999.