When Jo Nagasaka of Schemata Architects and Japanese hotel chain ninehours joined forces to modernize Tokyo’s Shibuya hotel, they did much more than paint the walls and upgrade the floors. They also chose to add saunas to the hotel and market the concept of ultimate relaxation on top of its affordable sleeping pods. 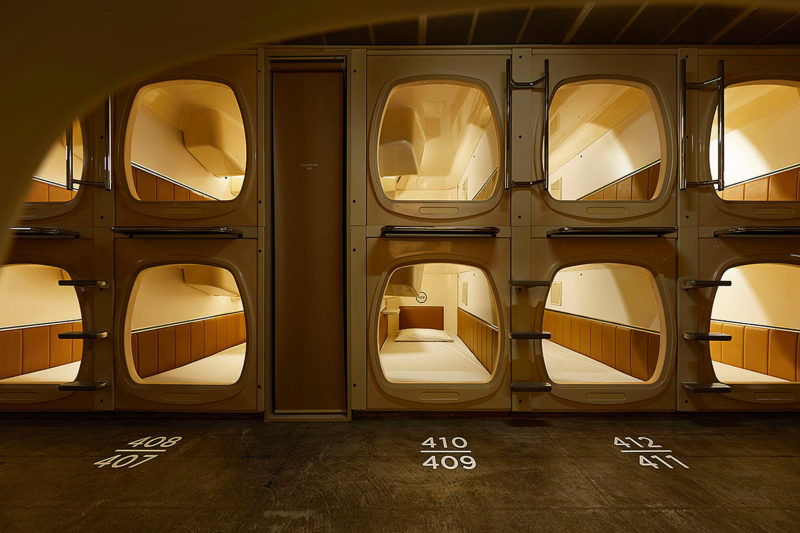 When the first capsule hotel opened in Osaka in 1979, it came off like every other novelty concept. Instead of conventional bedrooms, the hotel rented out individual enclosures that were lined up side-by-side. Guests had the option of renting them by the hour, by the night, or for even longer periods time. Although the idea proved to be a success and was eventually embraced by nations around the world, the 39-year-old Shibuya was in desperate need a makeover that would make the news and attract new guests. 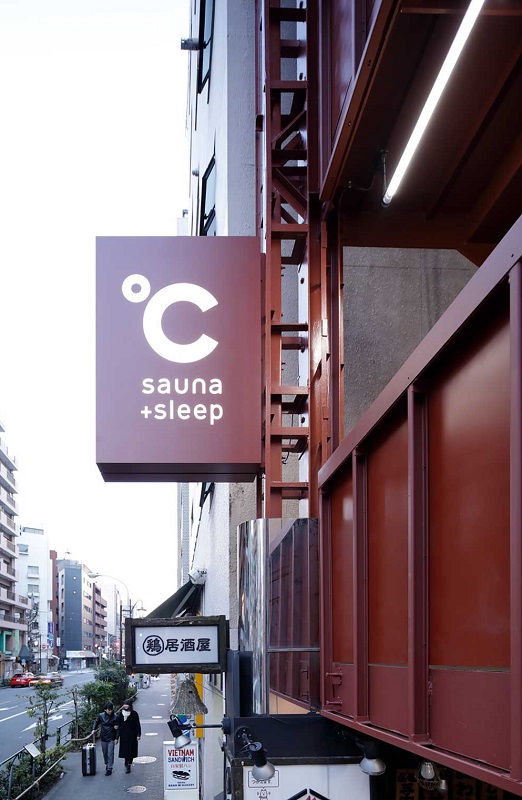 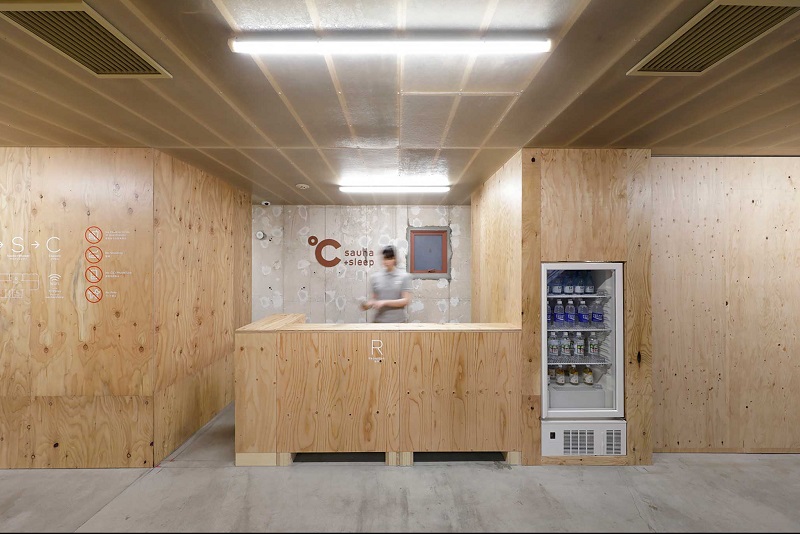 Continue reading below
Our Featured Videos
Up to this point, ninehours had only constructed new hotels. This collaboration with Schemata Architects was their very first foray into renovations. Schemata also found the project challenging, doing their best to renovate in a way that would accurately reflect ninehours’ brand image while retaining the structure’s existing capsules.

The upgraded hotel is called °C (or Do-c) Ebisu — a name taken from the “degrees Celsius” symbol. Instead of trying to build something from scratch, the hotel’s designers opted to build off of the old Shibuya hotel’s existing design, updating its interior colors and textures and dedicating two of its floors to state-of-the-art saunas. 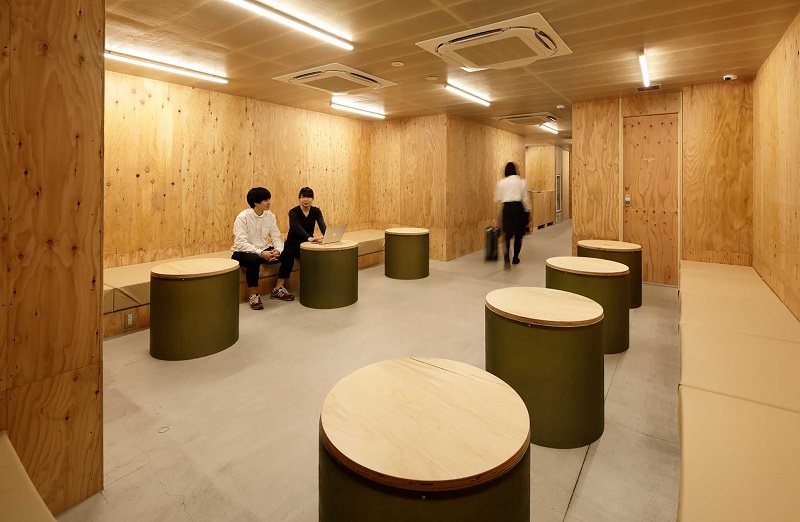 To overcome the dull beige color that dominated the capsules and hallways, the designers decided to install dark screed (a special mixture of cement, sand, and water applied to a concrete slab and finished for an attractive, even surface) flooring all throughout the hotel. They added depth and beauty to the walls with rustic plywood panels and cabinets. All accessories are simply designed, and the walls and floors of the saunas are all finished with a transparent fiberglass reinforced plastic, which itself is corrosion-resistant.

°C’s first and seventh floors are entirely dedicated to saunas, and they are definitely the most visually-pleasing part of the renovation. The hotel’s original saunas were Finnish imports, but they’ve since been upgraded to reflect the latest innovations in sauna technology. 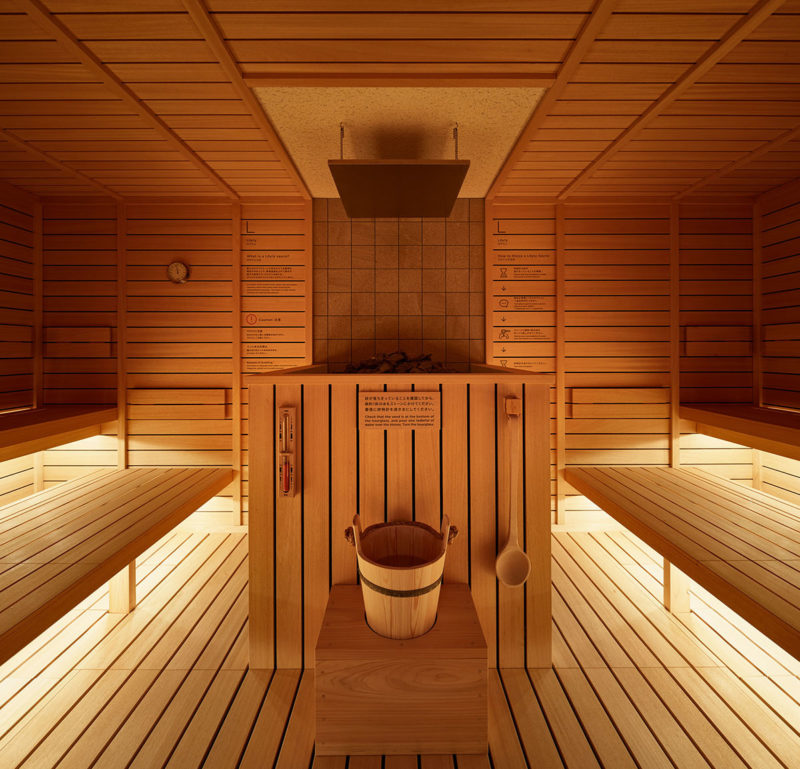 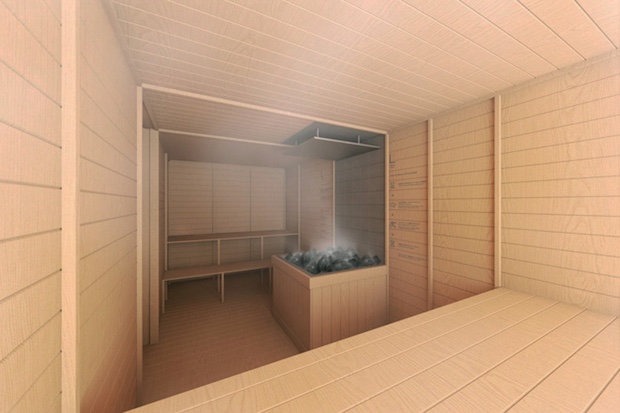 Standard saunas typically have you expose yourself to extremely hot steam for a prescribed amount of time before diving or jumping into an ice cold pool of water. For maximum benefits, this process is usually repeated as many times as possible. The heat expands your blood vessels, and the shocking cold that immediately follows causes them constrict again, an involuntary reaction that allegedly restores physical balance and leaves you with an overwhelming sense of refreshment. 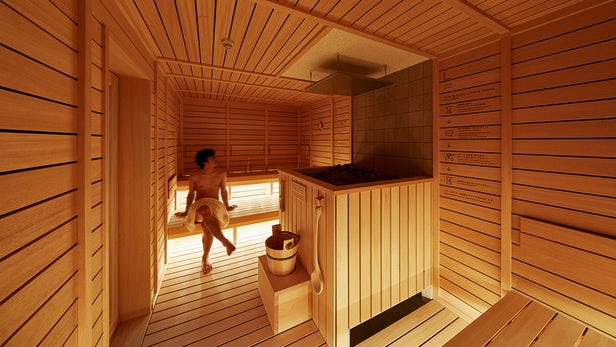 The saunas at °C provide a different, more evolved experience. Guests first go through a process called “loyly,” which is popular in Finland and provides the heat in the sauna. A faucet system called “Warm Pillar” then regulates the temperatures within, cooling things down over time rather than having you immerse yourself in an icy pool.
ninehours believes that the combination of retro capsules and ultramodern steam rooms will prove to be a great success, appealing to the constantly-growing part of the general public that craves more choices.