It may literally be raining diamonds on the surface of Neptune and Uranus, according to scientists who recently conducted an experiment to better understand the atmospheres of those icy giants. 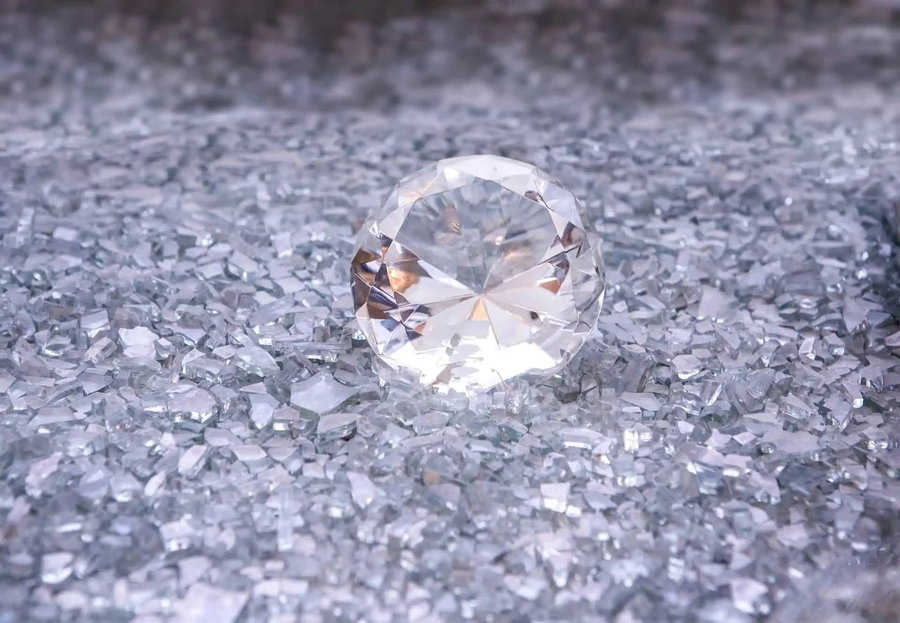 A collection of researchers from France’s École Polytechnique school of engineering, Germany’s Helmholtz-Zentrum Dresden-Rossendorf (HZDR) laboratory, and the University of Rostock attempted to simulate the conditions found on the two massive planets made from ice rocks and ice-forming molecules.

The interiors of Uranus and Neptune are composed mainly of carbon, hydrogen, and oxygen, a combination of elements that are actually found in similar proportions in PET (polyethylene terephthalate), the polymer that makes up everyday objects like plastic water bottles and plastic packaging. Thankfully for their research, PET sheets are cheap to come by. 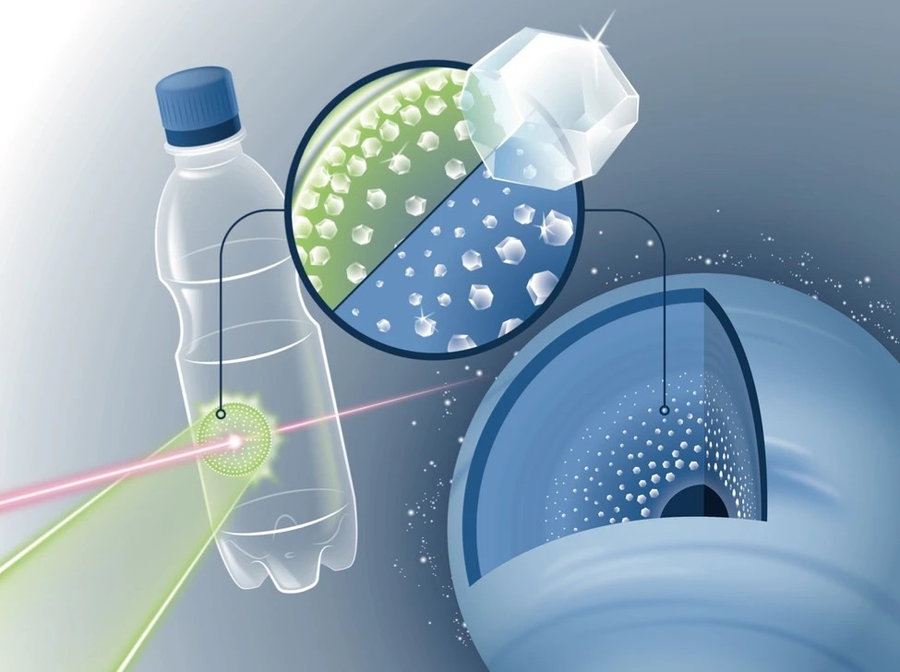 Even though the icy giants are the coldest planets in our solar system, with temperatures reaching lows of -373 °F, the interiors can still top 10,000°F, with an atmospheric pressure a million times greater than that on Earth. To mimic these conditions, the researchers brought their plastic bottle material to California’s National Accelerator Laboratory to make use of the Linac Coherent Light Source (LCLS), an extremely powerful, hard x-ray free electron laser.

After firing ten ultra-concentrated laser pulses per second at the plastic, the PET reached temperatures of 10,832 °F, comparable to the inner temperatures of Neptune and Uranus. The impact of the laser on the plastic bottle also created a shockwave that compressed the material at a pressure equal to those on the icy giants. The result was flashier than expected, producing an explosion of nanodiamonds. 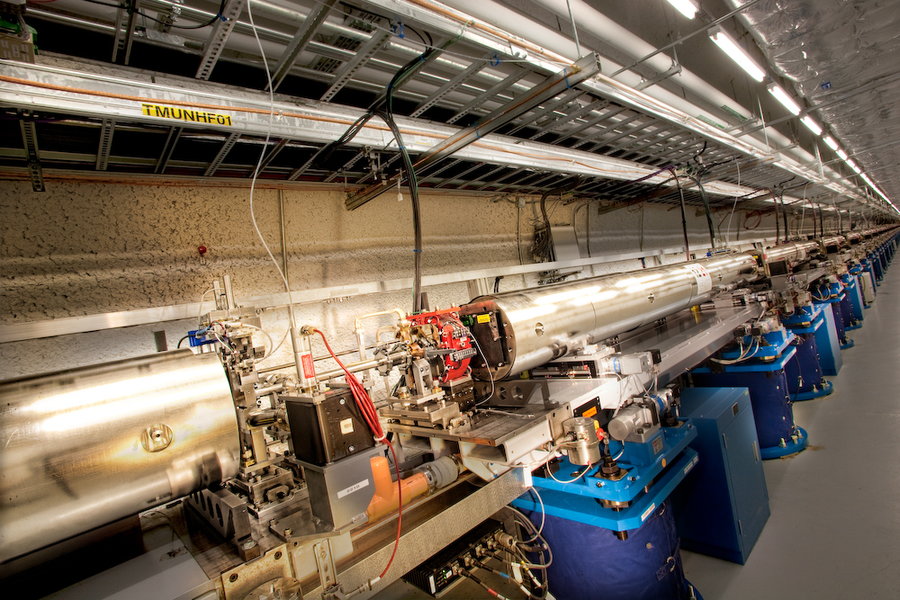 Kraus adds that “the nanodiamonds are indeed diamonds in terms of crystal structure. The same crystal structure as on many wedding rings, just a million times smaller. So yes, these are actual diamonds. On the short timescale of our experiments, they have not enough time to grow further. However, inside planets where we could have growth times of millions of years, the diamonds could be gigantic — kilometers or larger.”

The discovery has both terrestrial and celestial implications. Here on Earth, diamonds might now be produced to perfection. “So far, diamonds of this kind have mainly been produced by detonating explosives,” says Kraus. “With the help of laser flashes, they could be manufactured more cleanly in the future. The X-ray laser means we have a lab tool that can precisely control the diamonds’ growth.”

This could also be a new way to manufacture nanodiamonds used as “quibits” for quantum computing and sensors, or to create the tiny diamonds that are used for many industrial strength abrasives and polishing agents. In the space arena, the findings could help expand our knowledge of the most common type of planets floating around in the universe, including the fact that they may have continual sparkling diamond showers.