Switzerland-based architecture firm Leopold Banchini Architects has never been one to shy away from bold projects that use simple materials and geometric shapes in exceptional and unexpected ways. The firm’s past houses, apartments, and commercial facilities like the Moon Ra hut and Al Naseej Textile Factory have managed to look simultaneously rustic and otherworldly, as if the architects fast-forwarded to a much greener and more sustainable future. Their latest, the Marra Marra Shack, takes an even more relaxed approach that’s nonetheless striking in its simplicity. 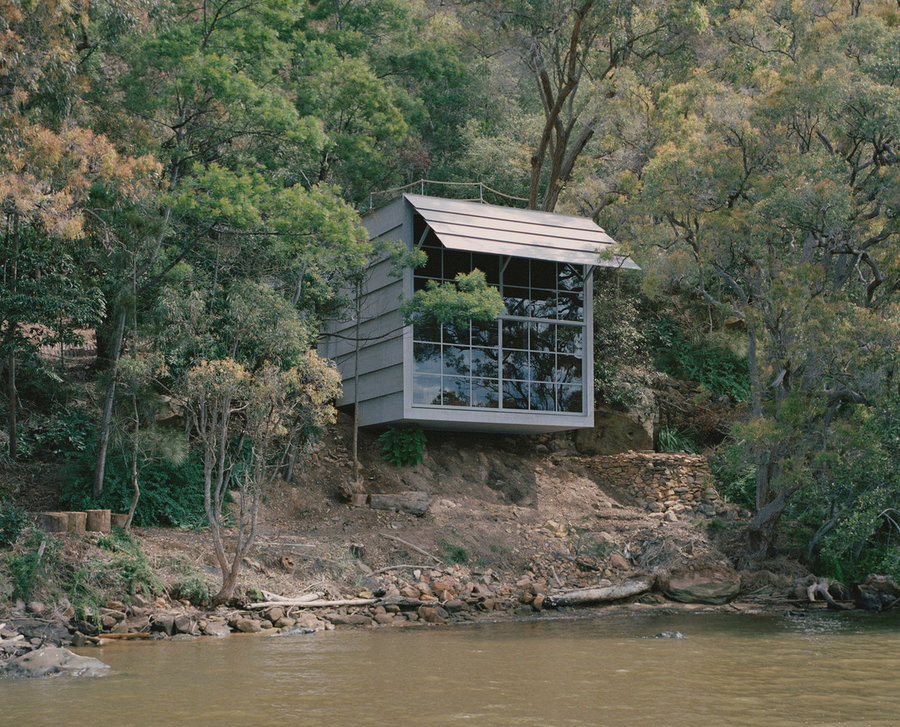 Set along the Marra Marra Creek in New South Wales, Australia, this off-grid cabin draws from the area’s fascinating history and makes smart use of a plentiful local material: repurposed 200-year-old electrical posts made of ironbark timber. From the outside, the cabin’s square, window-covered facade and large awning give it a modest and understated appearance. But not only is the inside a study in minimalist beauty — the whole project is an exercise in respect for the land, its history, and the Darug People to whom it traditionally belongs. 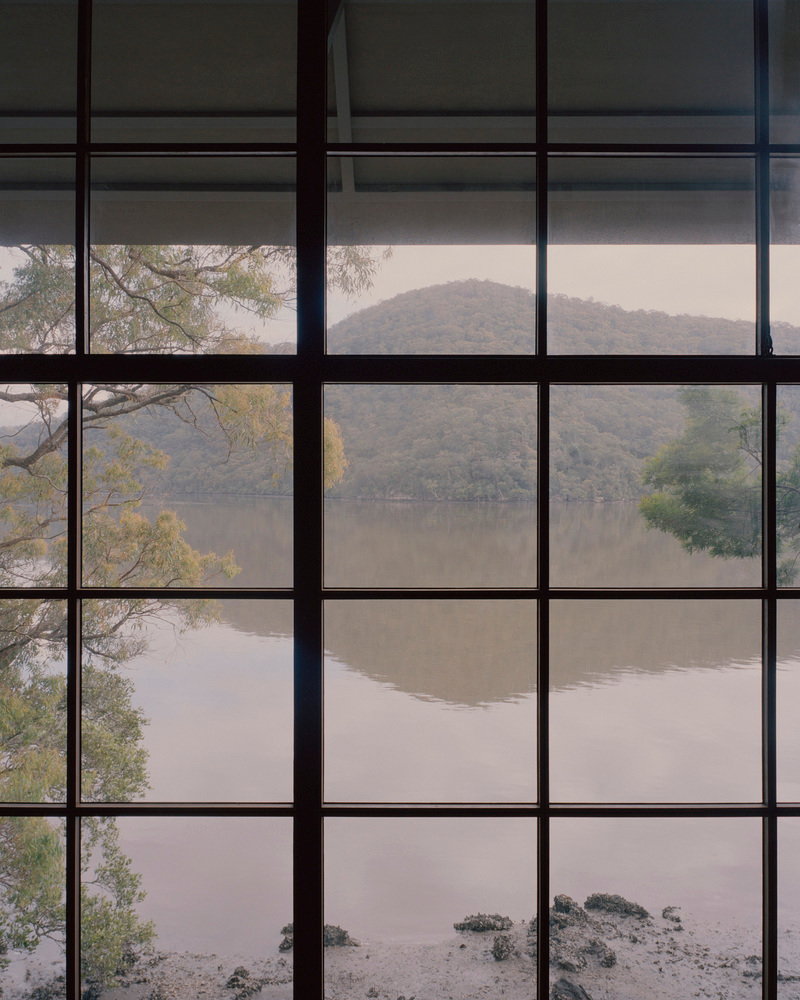 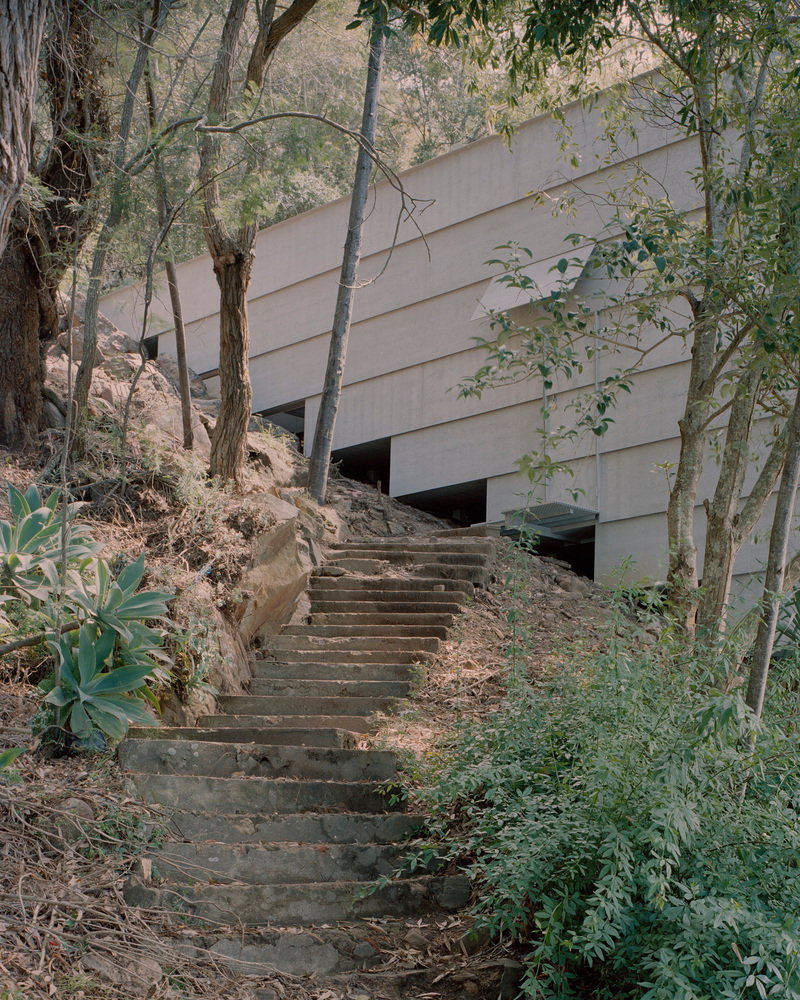 “In 1788, Captain Cook and his fleet entered the delta of the Hawkesbury and the sheltered bay of Sydney,” the architects explain. “At the entrance of the Dyirabun (Hawkesbury) River, he was first welcomed by the Darug People who had been living on these banks since the beginning of times. Not long after, the British colonized the Australian territory, building a network of roads and electrical lines across the vast country. The electrical posts were made of some of the finest local hardwoods. Later on, these posts were slowly replaced by steel posts.” 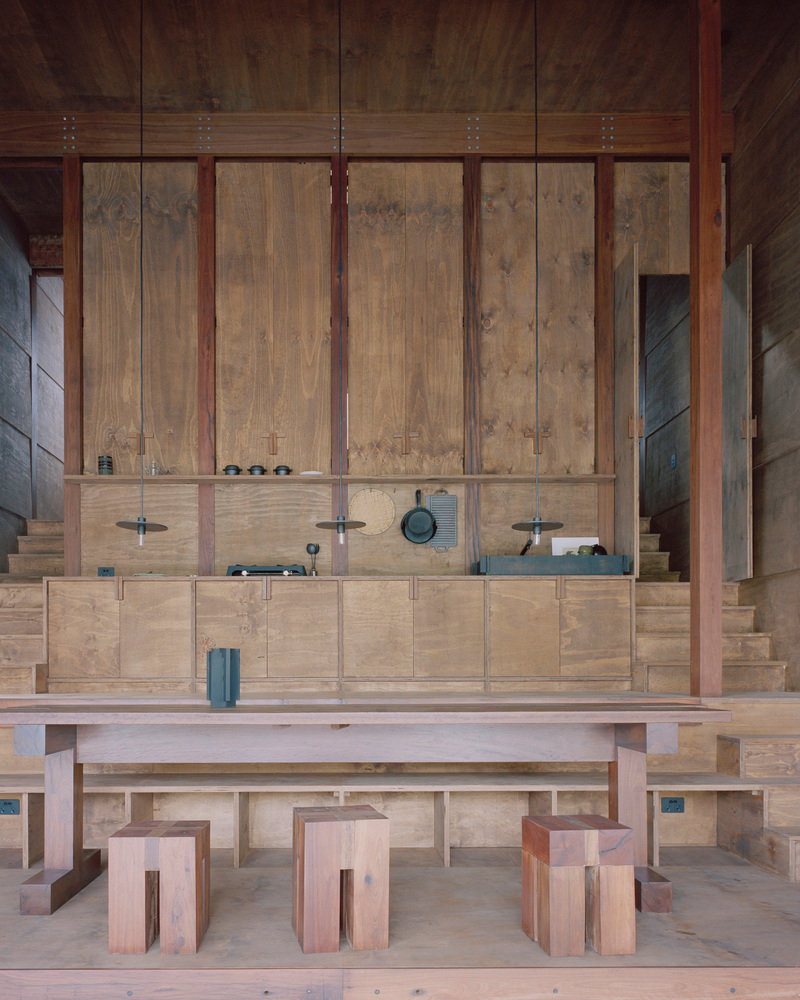 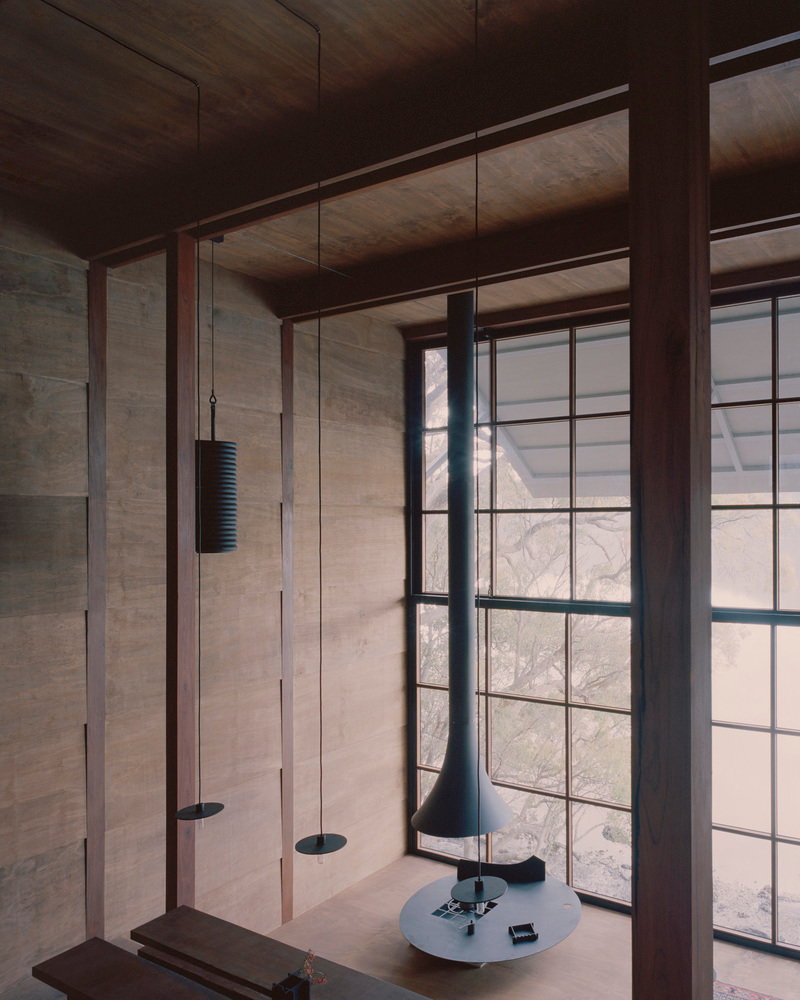 “The small community of Marra Marra Creek was established by settlers in the early 18th century, most probably using inmate labor to cultivate the land. However, the electrical network never reached the creek, and the community remained ‘off the grid’ and only accessible by boat at high tide until today. Marra Marra Shack is built on the land of the Darug People. We acknowledge the Traditional Custodians of the land on which the house is set, their rich cultural heritage and deep connection to the country, and pay our respects to their elders past, present, and future. Always Was, Always Will Be Aboriginal Land.” 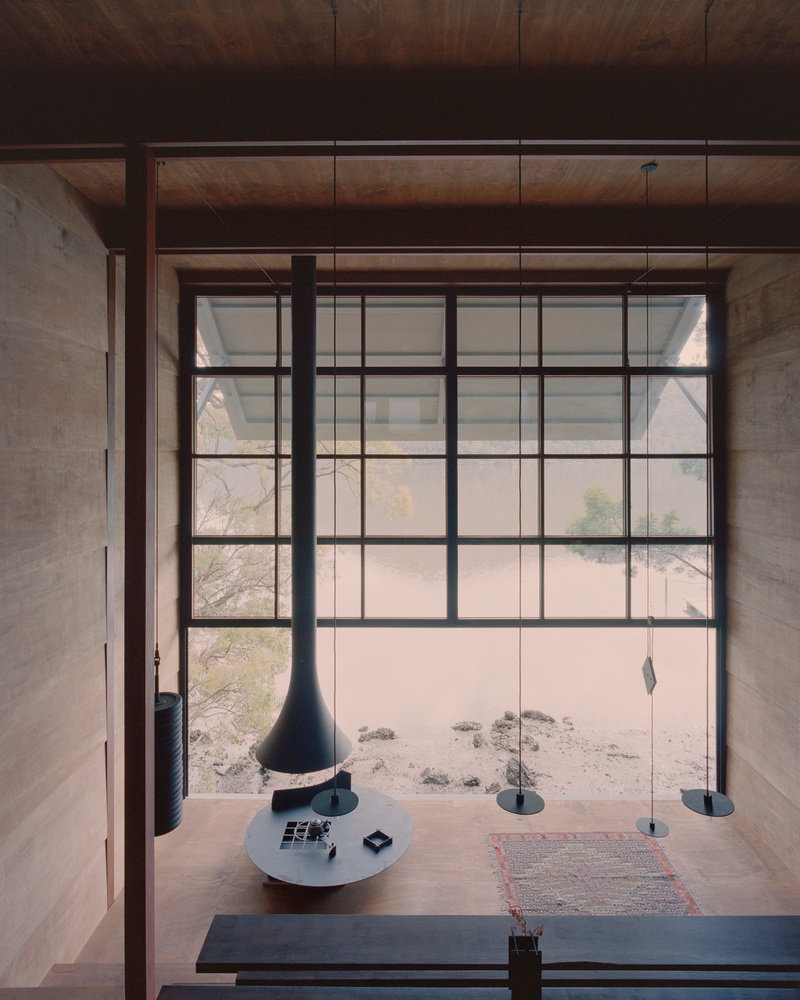 The architects augmented those 200-year-old electrical posts with spotted gum timber that grows in the Darug region for the beams of the ceiling and floor. In other parts of the space, repurposed turpentine timber from an old jetty built by settlers on the creek bank has become furniture and other small details. The cabin steps down along with the slope of the land, resulting in an interesting terraced interior around the home’s single large north-facing window. This window can also be lifted up using counterweights to open the space to the fresh air. 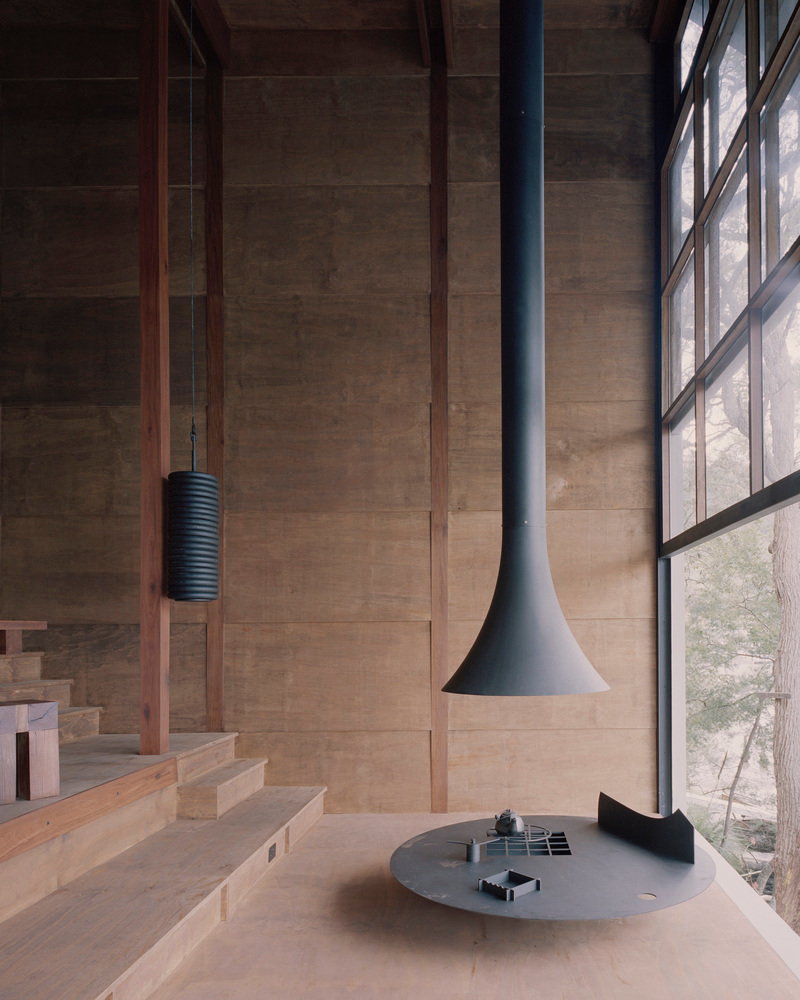 The only elements of the shack that aren’t made of timber are the thin fire-resistant fiber cement sheets on the facade. Instead of using energy and labor-intensive concrete footings, the architects pinned the footings to the sandstone bedrock. Best of all, both solar energy and water are collected on the roof, making the home entirely self-sustainable.