When you spend the majority of your time out at sea, is it possible to get a kind of “reverse-seasickness” when you return to the shore? As it turns out, “disembarkment syndrone” is a real phenomenon, and it can be more severe than a simple bout of dizziness and nausea. For sailors, land sickness can also have psychological effects and cause short-term memory loss. Recently, a sea captain in China’s Beijiao Village commissioned Vector Architects to make his house feel more like a home by transforming it into a transitory space between land and sea 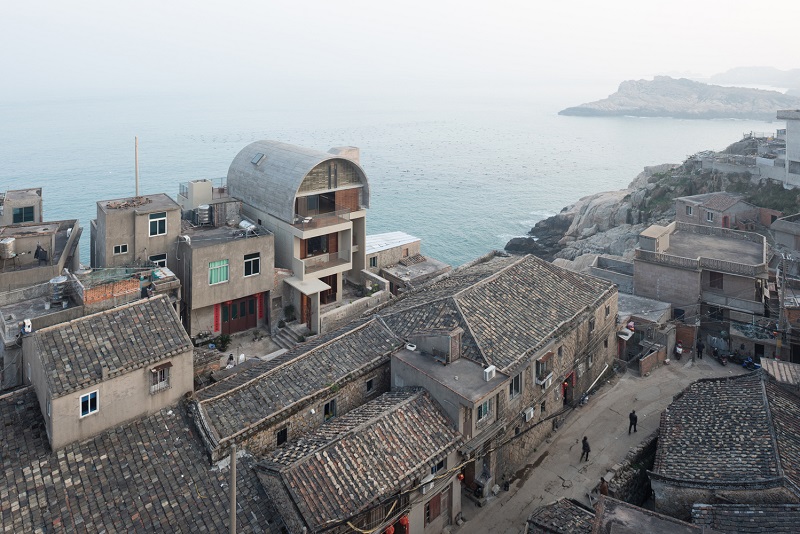 The house was initially two stories tall and built using brick masonry that had begun to leak and crumble in the twenty years since its construction. High winds, salt water, and sand erosion are no joke! To make the home more structurally sound and protect it from further exposure to the harsh coastal elements, the architects surrounded the original brick in a five-inch layer of concrete. 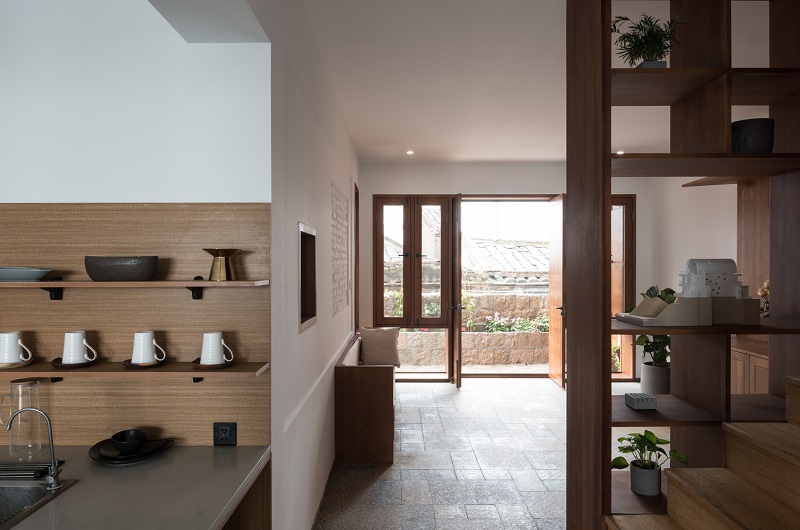 The design team also noticed that the captain’s house was relatively squat compared to the surrounding buildings and that its bathrooms occupied most of the interior space closest to the ocean—an arrangement that they felt was wasting some gorgeous vistas. To make the most of the home’s seaside location, the architects rearranged its layout so that common areas like the living and dining rooms could overlook the sea and have more access to fresh air and natural daylight. They also equipped the house with a rounded, lookout-like third floor. 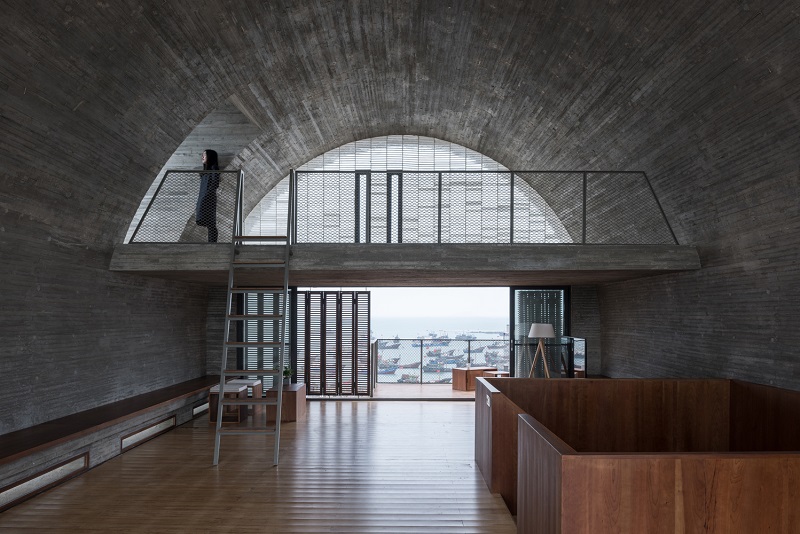 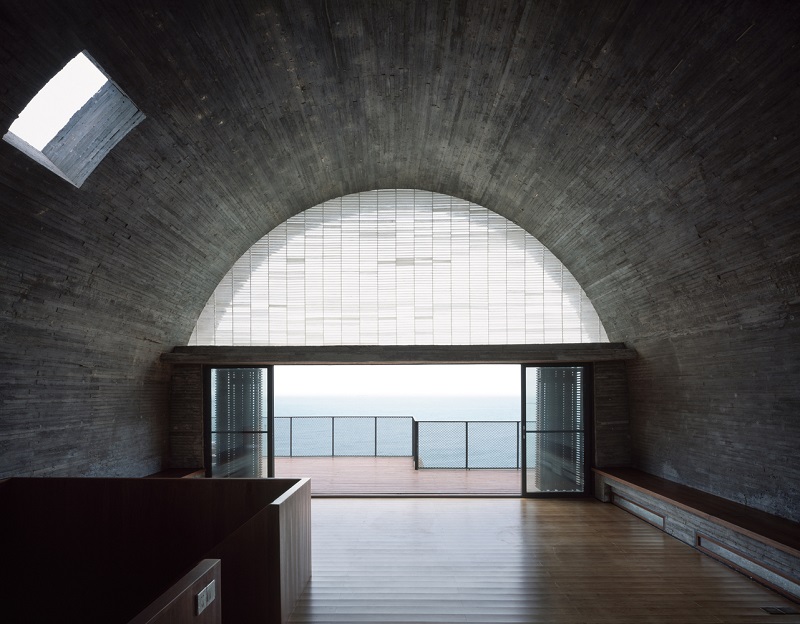 The third story is undoubtedly one of the renovation’s most spectacular additions. The textured concrete of the room’s vaulted ceiling beautifully contrasts with its wooden floors. Up a small ladder, this new area houses a loft that the family can use to gaze out over the land or sea, unobstructed by the roofs of neighboring houses. Vector explains that the balconies on the each end of the vault tie the home to two drastically different worlds: “one being the serene sea [and] the other one being the noisy port.” The roof’s rounded shape encourages rainwater to run off the sides of the house, reducing the potential for leaks. More symbolically, the arched ceiling simulates the feel of a temple, in which the captain’s religious family will be able to meditate and pray. Of course, the space has been left relatively open to accommodate changing needs and is also ideal for working out, playing games, and entertaining guests. 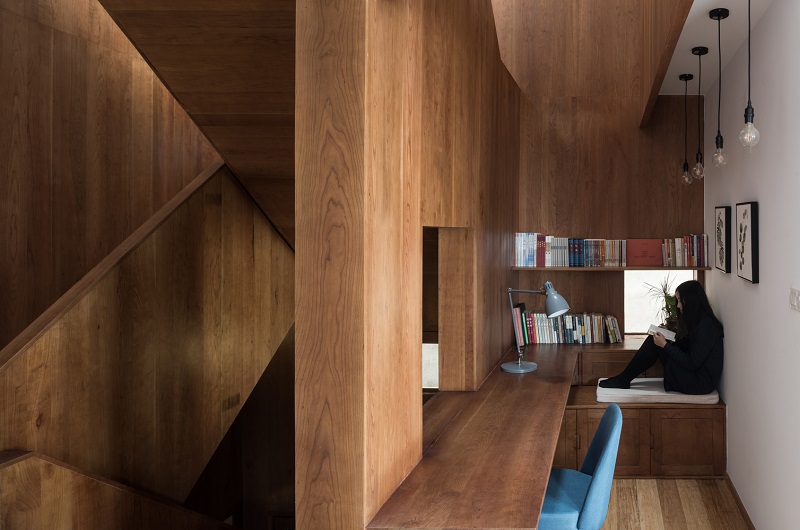 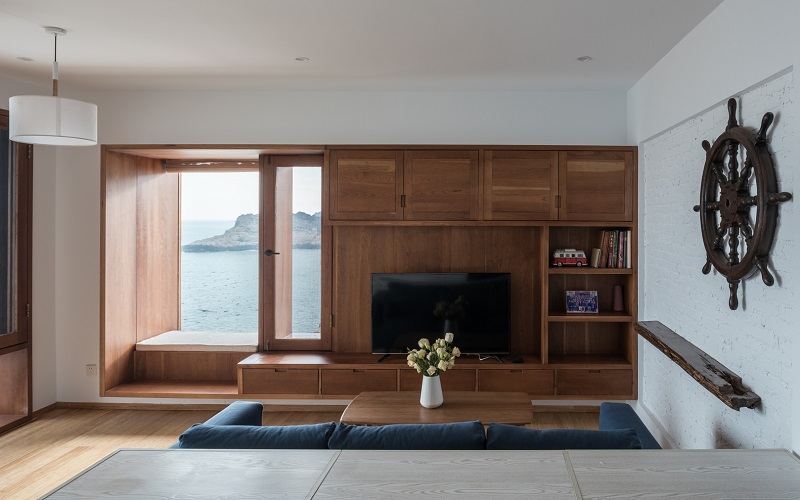 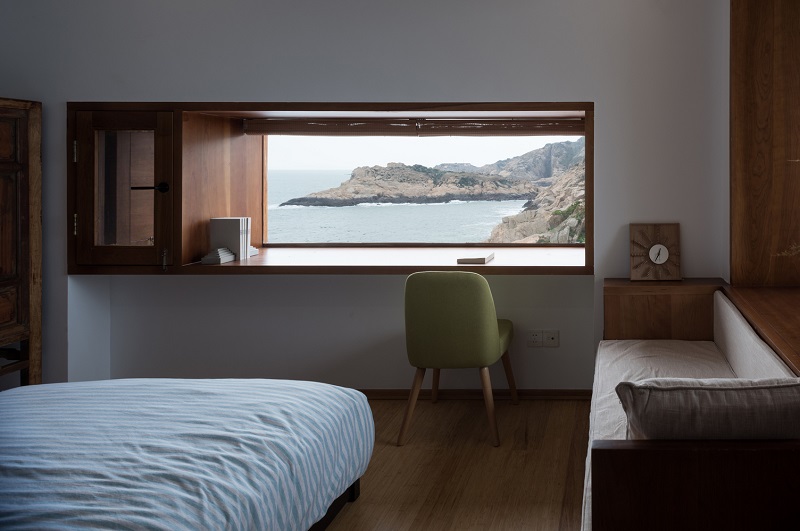 Downstairs, new concrete window frames that protrude from the house have been installed as part of a “window-furniture” system. Aside from being windows, these extended areas can also be used as couches or lounge chairs and contain several cabinets for storage. Plus, the overhang of their concrete envelopes will help prevent water and unwanted wind from entering the house. In the living room, family members can climb into one of these padded window seats to read, draw, or daydream. The master bedroom even hosts an extra-deep windowsill that doubles as a desk! 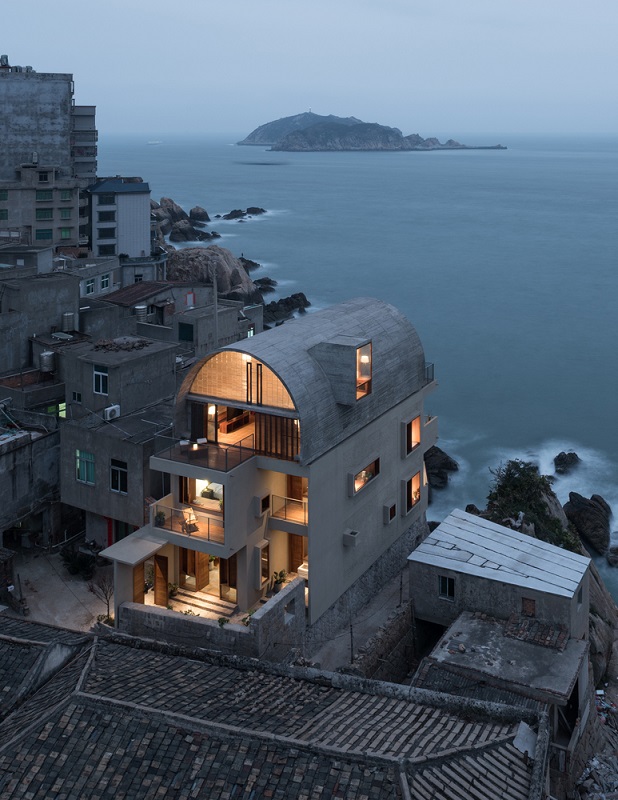 “At dusk, the gentle light comes out from the[se] translucent glass blocks,” read the architects’ project notes. “We hope the house gradually becomes the carrier of emotion for the captain’s family, and gives deserved dignity and decency to the daily life of ordinary people, which is particularly meaningful under the current circumstance of China.”