It’s easy for people living in more temperate climes to romanticize snowfall as magical and fun, conjuring imagery of snowmen, sleds, and steaming mugs of hot cocoa. But ask any Northerner how they feel about snow, and you’ll likely get a tired sigh in response. In places where it’s normal to have several feet of snow on the ground on any given winter day, the reality of daily life is a lot less glamorous. It’s cold and slippery, and all that snow has to be shoveled just to get in and out of your house or use your vehicle. Snow shoveling is hard work, and not everyone has the physical ability to stay on top of it.

But what if you could just stick a robot outside your front door, press a button on a remote control, and watch it clear paths for you while you’re still in your pajamas? It sounds like a retro-futuristic dream from a more optimistic era, but believe or not, autonomous miniature snow plows are quickly becoming a reality. As technology continues to progress and self-driving vehicles become the norm on our roads, it’s likely that robust robotic snow plows will become more common, but remote-controlled snow plows already exist. Do they really work, or are they just toys?

The answer is a little bit of both — at least for now. While most of the remote-controlled snow plows currently on the market aren’t powerful enough to push much snow around, more robust models do exist, and some people have even managed to DIY their own versions. For instance, the video above shows off what the ATR-Orbiter, a fully radio-controlled mobile robot crawler, can do. 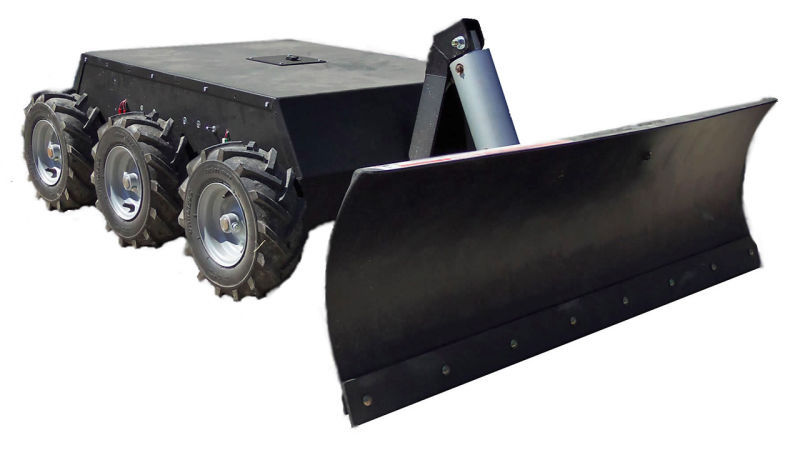 SuperDroid Robots built a custom six-wheel-drive remote-controlled robot and equipped it with a snow plow attachment that’s sure to pack a powerful punch thanks to its rigid aluminum frame. The plow is raised and lowered by a 400-pound electric linear actuator, and the wheels are mounted on solid steel axles supported by heavy-duty block bearings. Essentially, this plow is quite a beast — one made with many of the same high quality materials you’d find on a full-sized vehicle. Interested? You can order your own ready-to-ship Prebuilt 6WD RC Snow Plow Robot, but it’ll set you back nearly $7,000.

A company called Creative Robotic Systems offers the Roboplow, a custom-made robot that does a halfway-decent job of clearing a path. This particular robotic snow plow was available to the public for a while, but it now seems to have gone off the market.


If you’re a robot-building enthusiast, perhaps you could learn a thing or two from RCSparks Studio, the company that created the DIY “OVERKiLL Snow Plow,” which is powered by a remote-controlled monster truck, and the “Rotary Snow Plow,” which uses a semi-truck as its base. Both of these mini-plows were built just for fun and tested in extremely cold temperatures reaching up to -35 degrees Celsius. 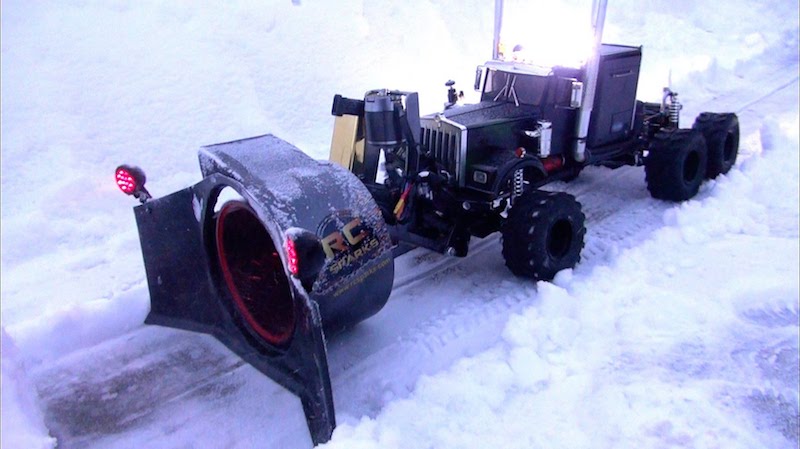 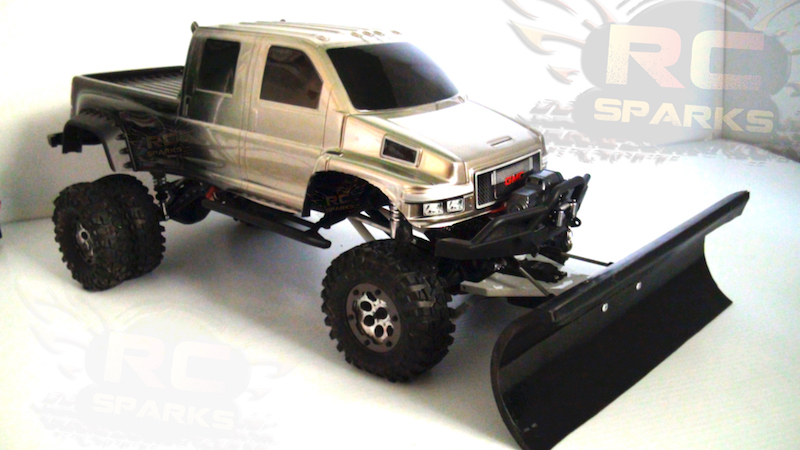 Popular Science has a tutorial for an RC Snow Plow that may not replace good old-fashioned shoveling, but it’ll definitely look cute scooping tiny piles of snow up in the yard. It takes about two hours to build at a cost of around $389. 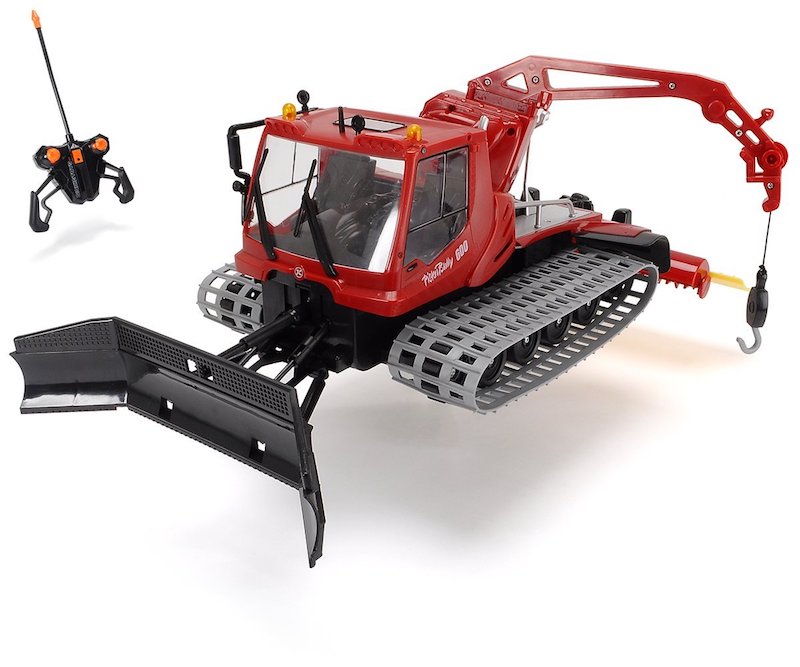 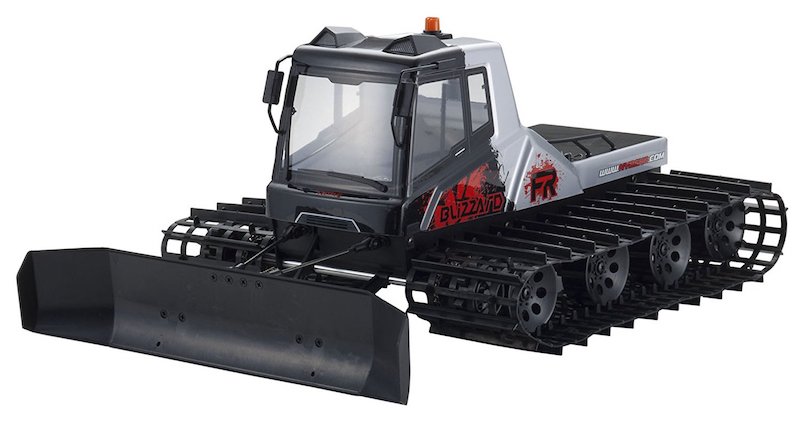 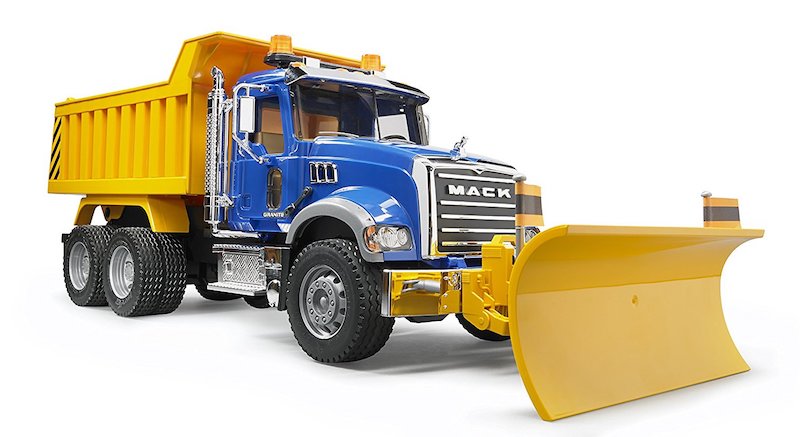 Hoping for a cheaper more ready-made option? Amazon offers a variety of remote-controlled snow plows that are really intended to be used for entertainment purposes, but they sure look fun to use. Check out the Kyosho Blizzard FR, the Bruder MACK Granite Dump Truck with Snow Blade, and the Dickie Toys RC-Pistenbully, which range from $130 to $300.