As street artists have gained more mainstream visibility over the last few decades, we’ve gotten glimpses of distinctive styles honed on urban surfaces all over the world. But even in a sea of talent, some artists stand out. Tamara Djurovic, also known as Hyuro, was one of those artists. Born in Argentina, Hyuro recently passed away at a young age at her home in Valencia, Spain. In her memory, let’s take a look at some standout works and revisit the depth and mystique she infused into each one. 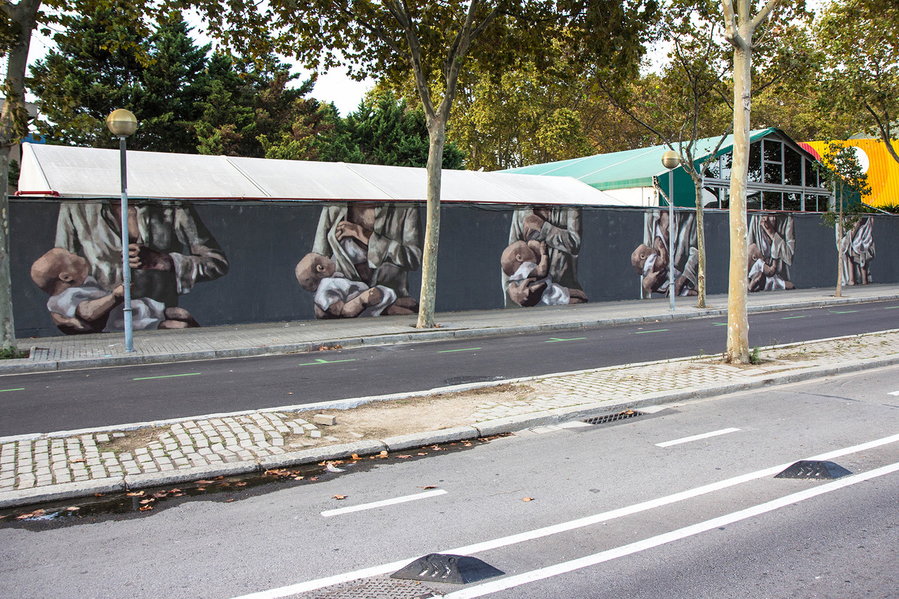 Hyuro made her mark in the form of massive murals that covered the facades of entire buildings, which appeared in places like Brazil, Italy, Belgium, England, and The Netherlands. She began her career in a more traditional medium, painting on canvas, but began to experiment with street art in 2010, when she first moved to Spain. Taking inspiration from artists she met there as well as the activist muralism movement in her native South America, Hyuro quickly developed an emotionally resonant style featuring feminine imagery not often seen large-scale in public places.

The mostly faceless women you see in each of her murals are sometimes variations of herself, and other times representative of issues facing women and girls in a broader sense. Whatever the meanings of her individual pieces may be, there’s definitely always more to her work than meets the eye. An empty dress on a hanger, painted ten stories high for the CURO festival in Brazil, speaks out against the criminalization of abortion there, which has led to the death of many women. In Spain, the frilly cuffs on a traditional judge’s robe make reference to a controversial court case in which five men were acquitted of gang-raping a teenager. 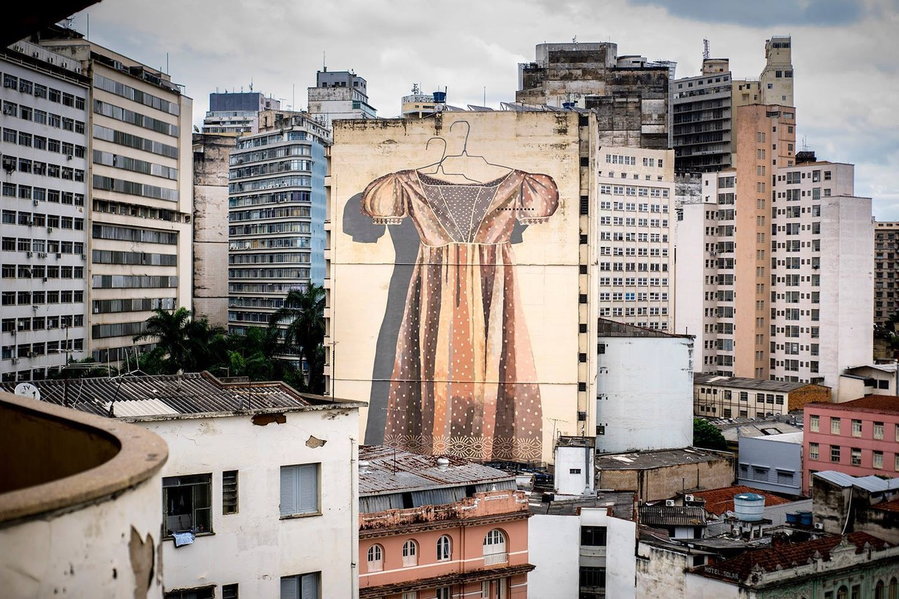 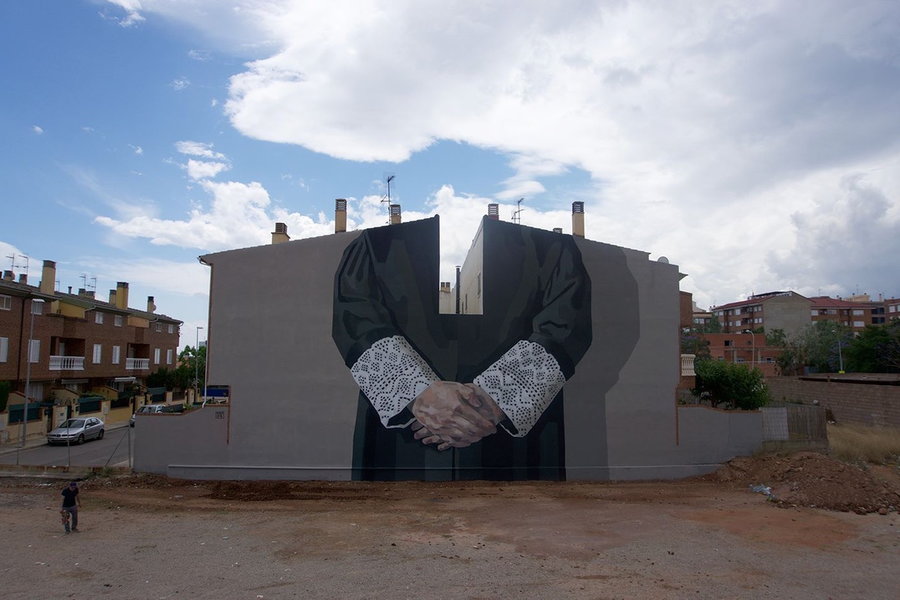 Others are more mysterious. One Werchter, Belgium mural called The Dance as an Act of Resistance features blindfolded girls in pale nightgowns. Older women wearing aprons and holding spoons stand silently in Italian alleyways or support the entire community on a floating tea towel. We often see feminine hands performing domestic but essential tasks, like repairing broken vases, preparing food, or nursing babies. The women here are both hidden and revealed, overlooked and over-exposed. The colors are soft, the gestures graceful. The clothing could place the subjects in either the present or the distant past. 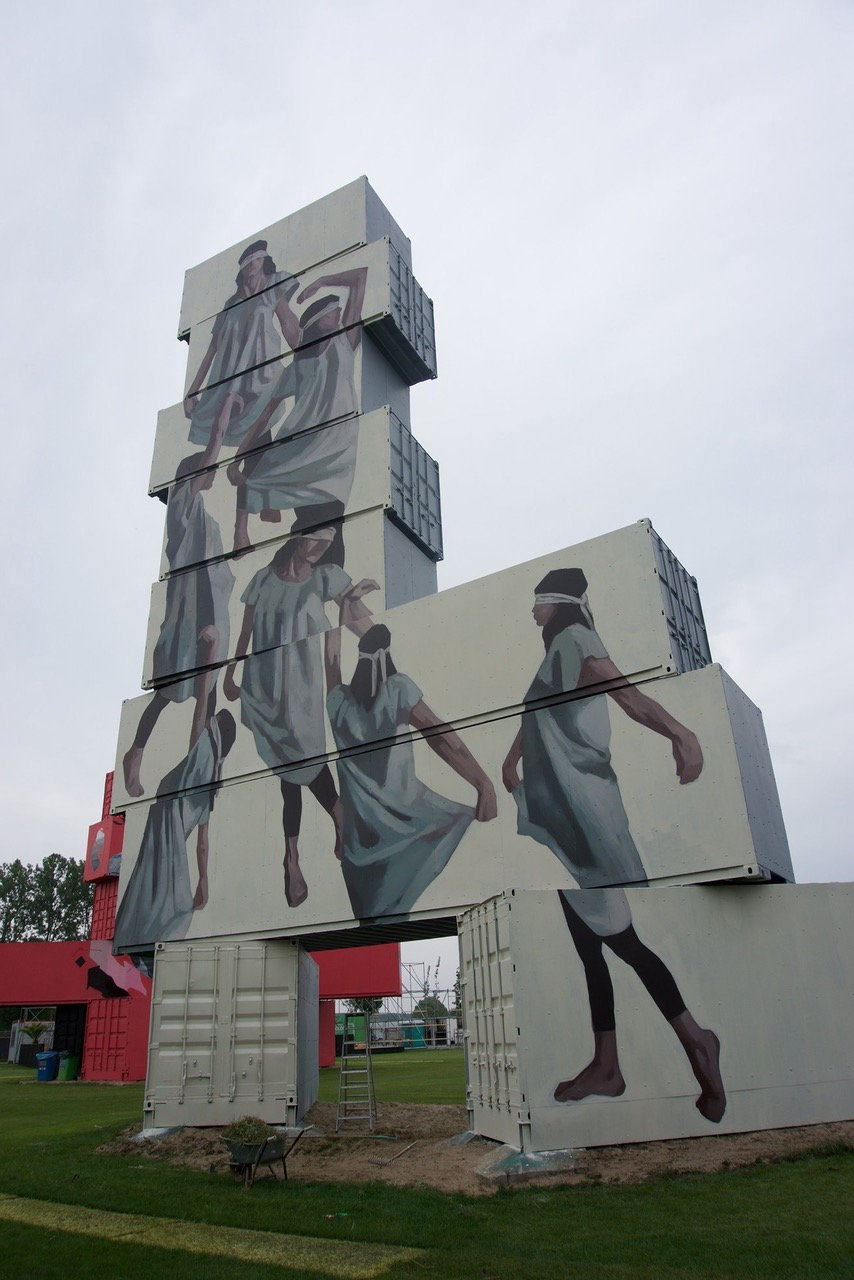 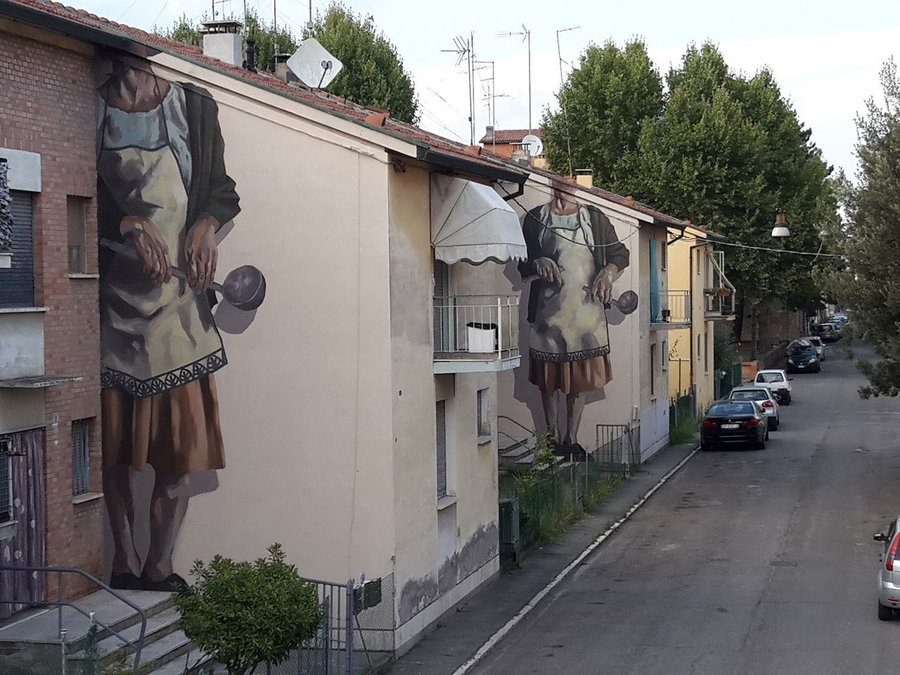 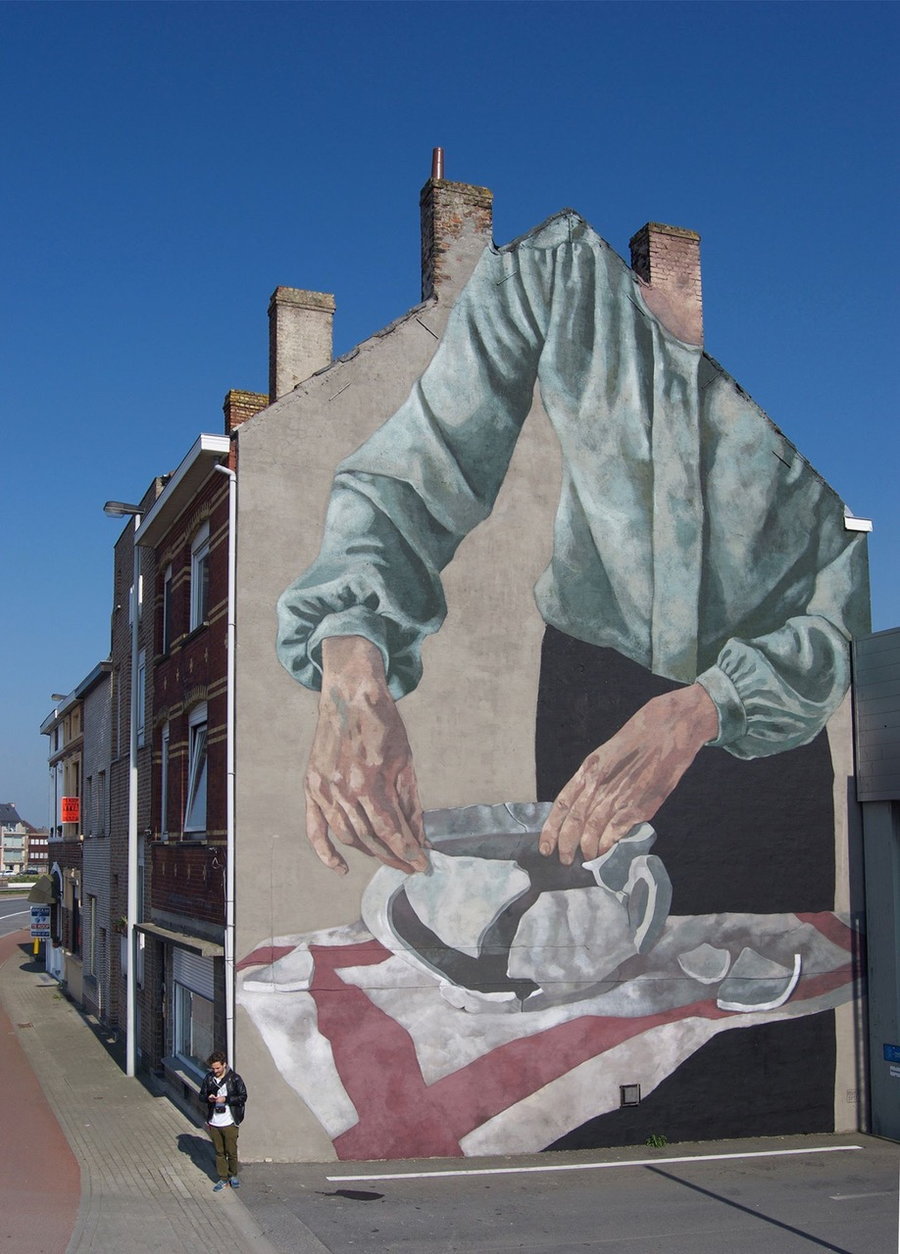 “In the end, if you don’t show time or you don’t show faces, you give more space to the viewer to finish the piece in their own mind, within their own beliefs,” said Hyuro in a 2018 interview with Juxatpoz. “It doesn’t close off anything for the viewer, it doesn’t have to be this person. It keeps it open to interpretation. I just give my contribution to a place, and people can finish the meaning themselves.”

A tribute by her friend Evan Pricco in Juxtapoz Magazine sheds additional light on Hyuro’s life, work, and legacy. Here’s a brief excerpt: 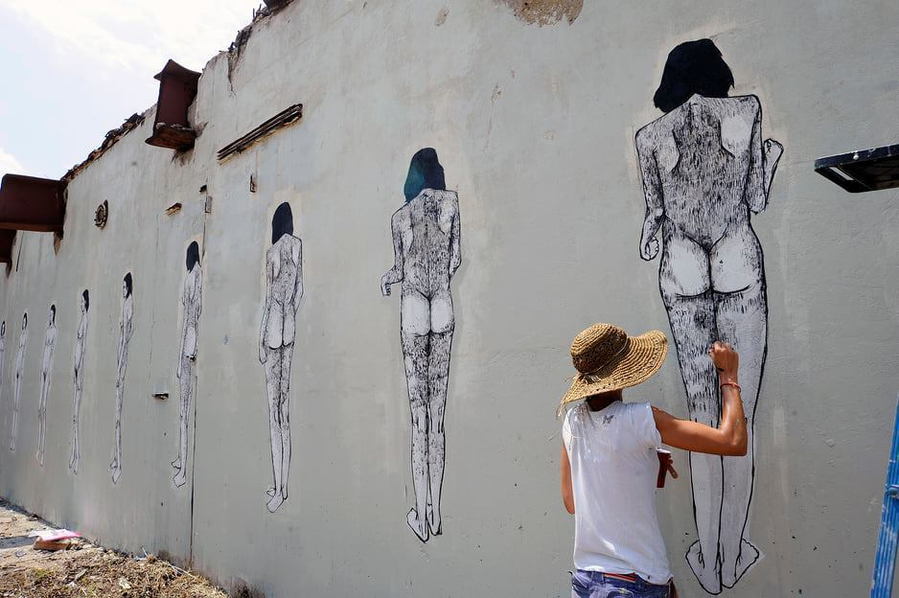 “Many will speak of her legendary status in the street art and mural art communities, and indeed, she was. But this was a career not yet in full bloom. If you went to a festival over the past decade, Hyuro was often the only woman participating, and as representation started to evolve in recent years, that was probably because of her. She was an original, not only in the street art realm, but within the whole art community. A rebellious spirit, philosopher, social observer, mother, always bitingly funny, passionate, and curious, she was timeless as she looked to the future.”