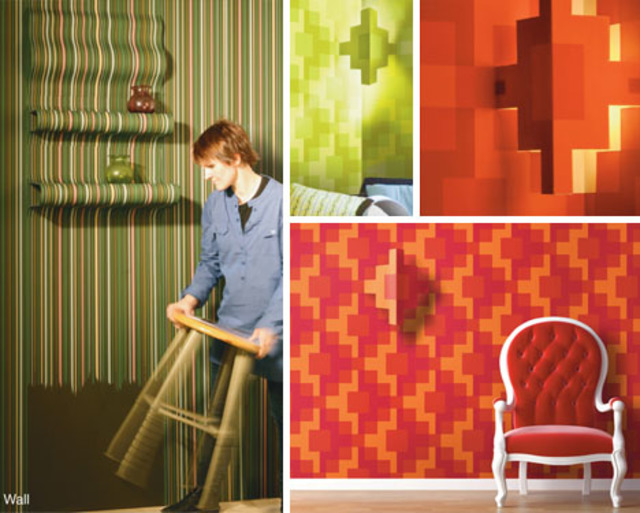 Wallpaper is supposed to sit flat and blend into the background – a simple decorative surface over otherwise bare walls. At least, that’s how it started. But who’s to say we should remain limited by this definition? Wallpaper could take on any form we want — including those that pop off the wall in three dimensions.

Colors and patterns of traditional wallpapering types inform the rhythms of this offbeat 3D wallpaper design idea, but they’re just the beginning of this unique alternative to boring old wall coverings. 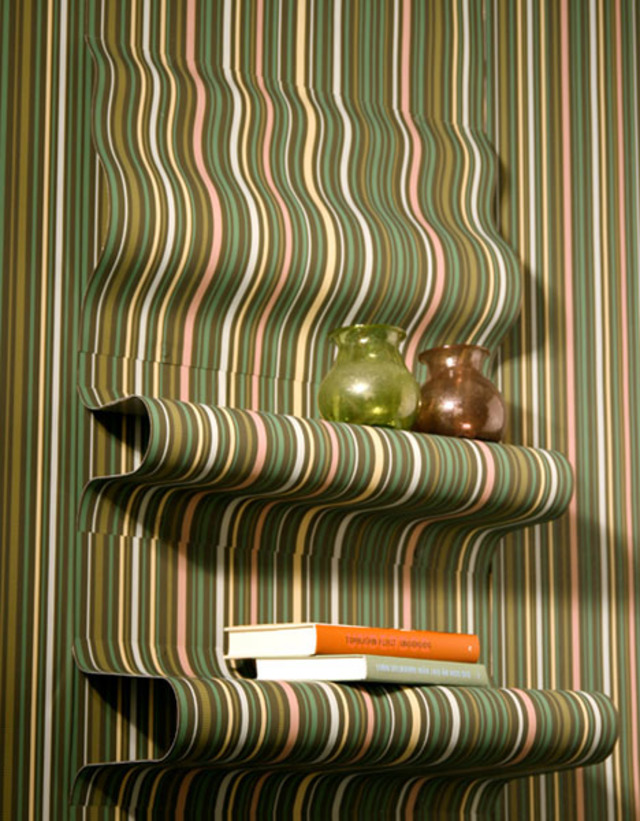 A standard stripe pattern ‘lifts up’ from the floor and folds into a series of functional shelving spaces for books and other odds and ends — there is even a ‘blank’ space below where, conceptually, the wallpaper was moved to accommodate this three-dimensionality from designer Kicki Edgren Nyborg. It’s fun, functional and funny all at once – quite a feat for something usually likened to a total lack of personality. The result almost feels like you’ve stepped right into the pages of a pop-up book. All that’s missing is a pop-up couch and maybe some kind of element that slides out to reveal a surprise. 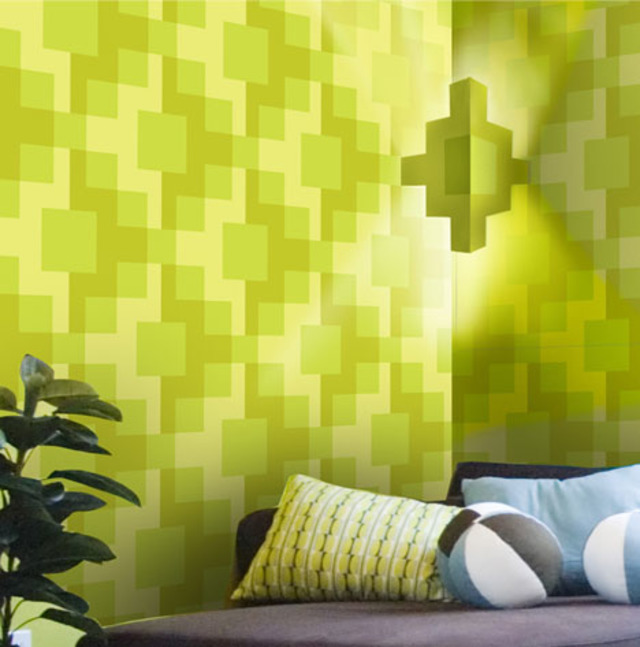 Hidden in the the regular geometries and repetitive three-toned patterns of this rather standard-looking green wallpaper sit a series of fold-out lights that make the observer wonder what other parts of the surrounding wall might come alive and pull out to reveal additional secret functions.

The designs are so clever and useful, it’s a wonder such things don’t appear more often in interior design. Perhaps the long-running infatuation with minimalism has something to do with that. But trends come and go, and eventually, people will want all the bombastic ornamentation of maximalism again. Maybe, then, new forms of patterned wallpaper with 3D pop-up designs will come along to delight and surprise us all.