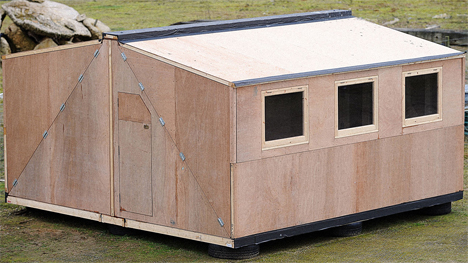 Tents have always been the go-to temporary shelter for emergency victims, but their relative fragility is no match for hurricane-force winds. In October 2012 when Haiti was hit by earthquakes and then Hurricane Sandy, the temporary shelters that had been erected following the earthquakes were rapidly found to be inadequate. 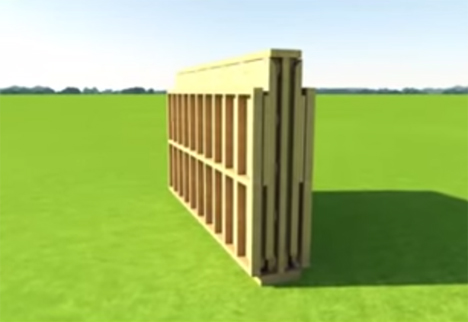 British company Extremis Technology has noticed that disasters often come in twos. All too often, temporary housing set up to house victims of the first tragedy is obliterated by the second disaster. Extremis’ disaster shelter Hush2 is tough enough to withstand nature’s nastiest surprises but simple and portable enough to be deployed immediately.

The Hush2 is delivered to the site in one piece and can be assembled in just two hours. It is held together with hinges and bolts and requires no tools to go together. Construction is limited to unfolding and securing the pieces in place. 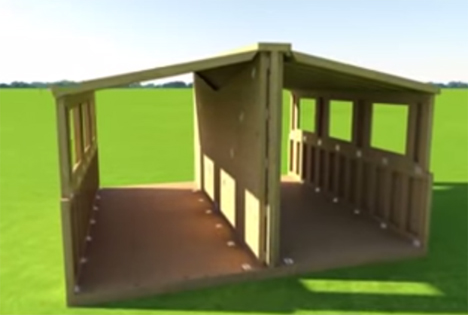 When assembled normally, it looks like any other tiny house. But when high winds strike, two sides fold down to create a triangular structure that’s structurally strong enough to withstand heavy winds. 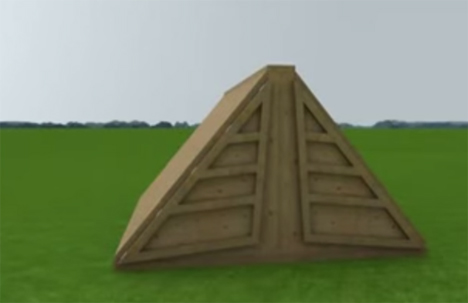 Extremis Technology says that while their two-room structures are more expensive than tents, they are also much more secure. Each unit comes with a base and anchor system to keep it steady on the ground – a feature that tents cannot offer.