Shipping containers have long been used by architects and designers to imagine new, compact, modular, mobile, and sustainable constructions, regardless of whether they’re permanent or transitory. Shipping containers are, in many ways, the ideal building blocks for the creation of standardized structures, and the inherent flexibility they provide allows parts to be organized and reorganized in all sorts of different ways. Since they’re also non-site specific, shipping container buildings can be erected in many different places. Perhaps these are the reasons why the containers have been chosen by Qatar’s Supreme Committee for Delivery and Legacy (SC) to make up a demountable soccer stadium — one that will be used during the 2022 FIFA World Cup in the country’s capital of Doha. 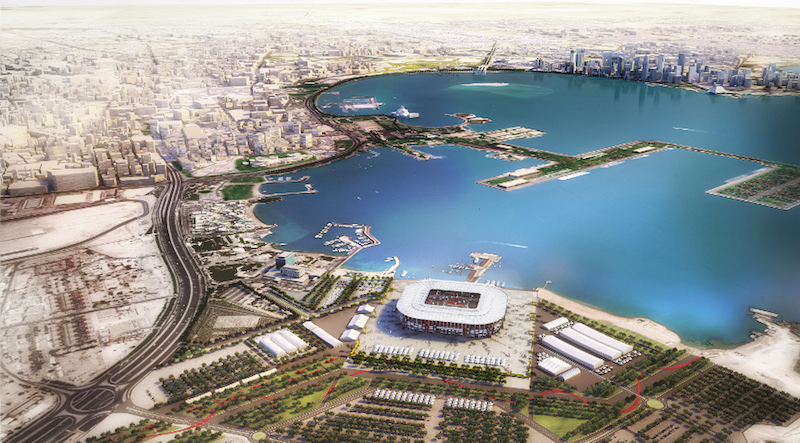 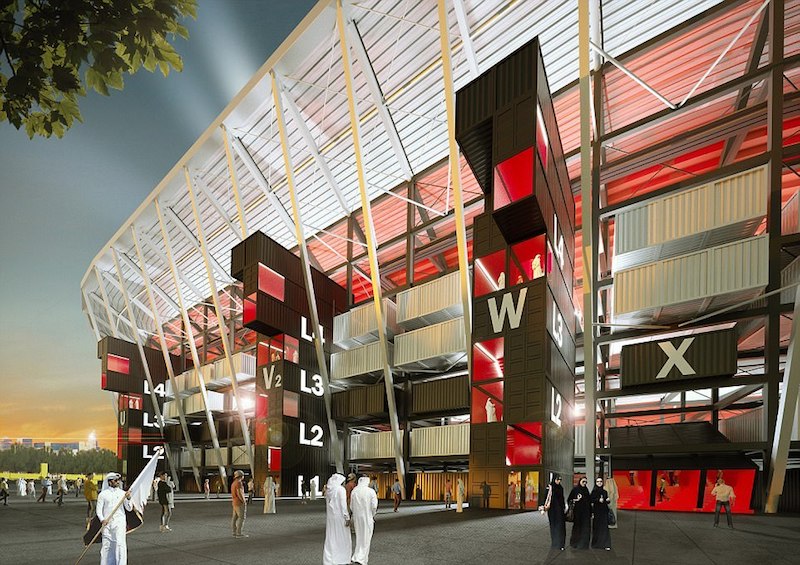 When completed, the proposed Ras Abu Aboud Stadium, which is being designed by Fenwick Iribarren Architects, will be capable of seating 40,000 attendees. The stadium will be set within a landscaped park on the edge of Doha’s waterfront, repurposing a large swathe of arid land and creating a host of new facilities, including recreational areas and embankments that intend to take full advantage of their prestigious locations along the docklands. 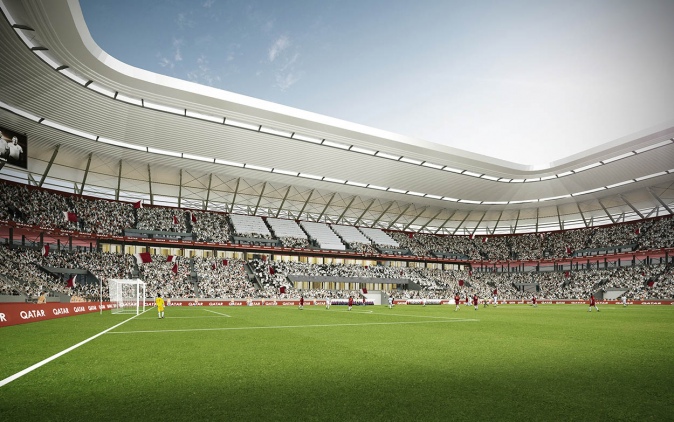 The stadium, already depicted in a video released by the SC, will be shipped in on a cargo vessel and assembled on site. The entire structure will be erected using frame and modular inserts, meaning it’ll have a minimal impact on the land that it’s built over and be able to be assembled and disassembled with ease. These features also allow the stadium to potentially be broken down into smaller stadia and venues, which could be erected on various other sites when the competition is finished to create a greater, long-term use of the structure in the post-World Cup Qatar. 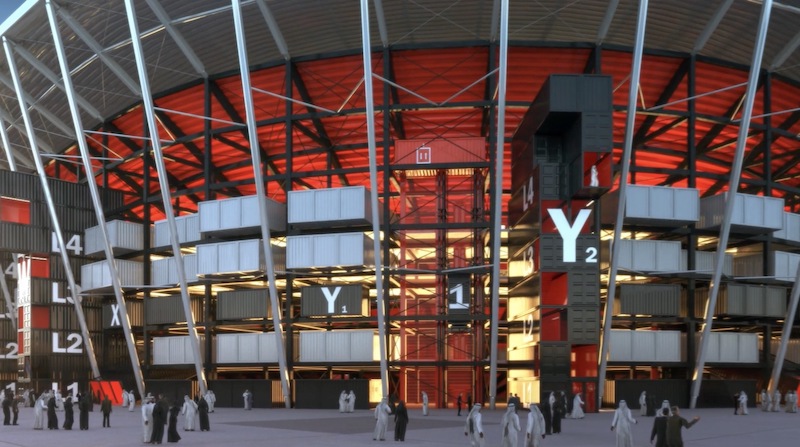 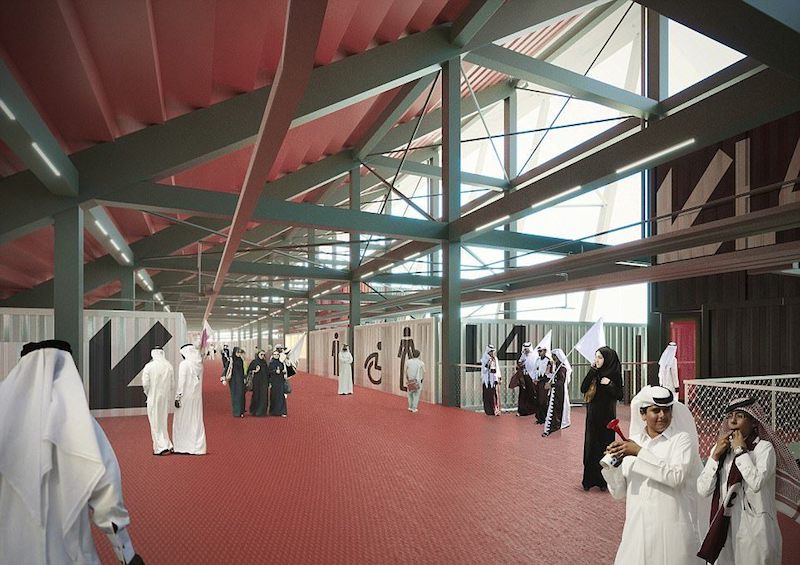 Of course, the stadium’s exterior won’t be its only modular element: its terraced seating, concessions and merchandising stands, bathrooms, and food and beverage areas are all expected to be built in a similar fashion. H.E. Hassan Al Thawadi, the Secretary General of the SC, explains that “innovation has always been central to our plans for delivering a historic FIFA World Cup that leaves a legacy for Qatar and the world, and there is no better example of this than the design of Ras Abu Aboud Stadium. This venue offers the perfect legacy, capable of being reassembled in a new location in its entirety or built into numerous small sports and cultural venues.” 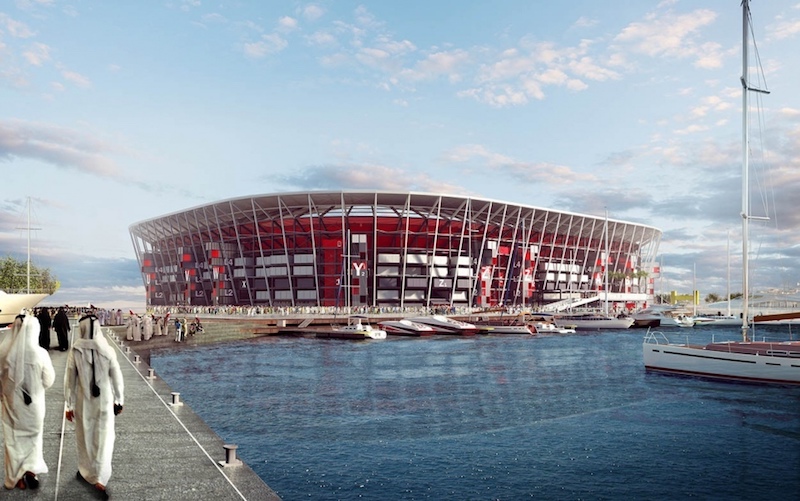 Continue reading below
Our Featured Videos
This is an important point, as World Cups and Olympic Games have often been criticized in the past for leaving questionable legacies in their wake. The aftermath of the 2008 Beijing Olympics was particularly controversial, since many of the buildings that were constructed for them quickly fell into decline and misuse, not only becoming eyesores, but also becoming hazards to the public. Both the 2014 World Cup and 2016 Olympics in Brazil also made headlines for their poorly and hastily constructed (and sometimes incomplete) structures, so it’s encouraging to see Qatar thinking ahead and factoring future uses for these buildings into their design and conception. Construction of the Ras Abu Aboud Stadium has apparently already begun, and the goal is to have it complete by 2020, a full two years before the World Cup is set to kick off.