Learning is easiest when you don’t realize that you’re doing it. Don’t believe us? Well, check out Puzzlets, a digital and physical play system created to promote STEAM learning.

The system has been deemed suitable for children ages six to 10, but, as the designers say, “adventure games are fun for all ages” (online reviews include sheepish confessions by parents who have played more than their fair share of games on the device). Kids can play with Puzzlets on their own or work with friends or fellow students cooperatively, which of course is another skill in and of itself to learn and perfect.

Puzzlets aims to help people develop a “computational thinking mindset,” according to its inventors. Puzzlets’ interactive video games are partially played on a screen, but each one also calls for real-world play in the form of arranging and rearranging tiles on the Play Tray. This “50/50 Play” model makes it easy for a child to play with a friend, teacher, or parent. 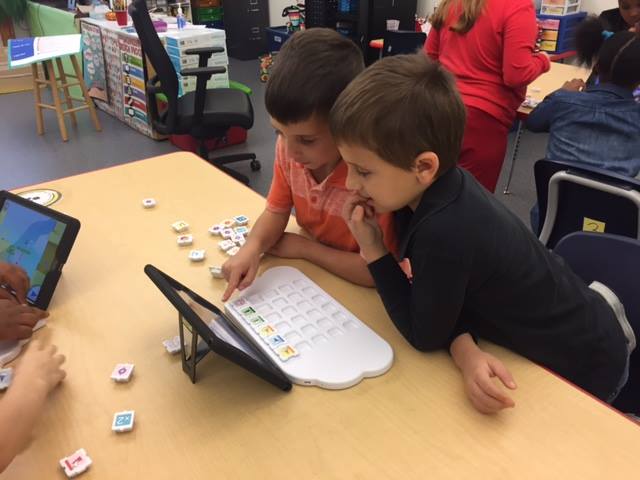 This hands-on way of learning (often called “embodied learning” by educational experts) is backed by research that shows that using your body and mind at the same time causes you to pay better attention to the task at hand and gives you improved recall.

“Puzzlets lets you bring embodied learning, also known as kinesthetic learning, into your home,” the tech team behind the system explains. “Each of the games for the Puzzlets platform is designed to use interactive learning in order to maximize the player’s retention of the lesson materials.” 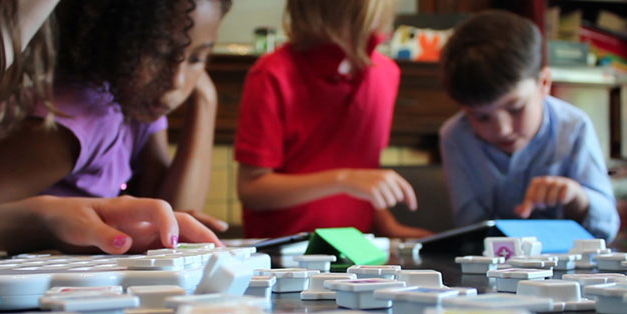 So what’s so special about these games? They’re all designed to teach children to think critically (science, technology, and math) and creatively (art and design), after which they put these concepts and new skills into practice by making kids solve real-world problems (engineering). For instance, the “Cork the Volcano” game is free to download, and you use the 22 programming pieces included in the Puzzlets starter pack to play. The game allows for both basic and advanced play as kids start to hone their skills, and it teaches players some of the fundamentals of coding.

“Abacus Finch” wins the prize for the game with the best name. It also teaches math in a fun, creative way. This game is designed for kids who are in kindergarten through second grade, and it helps them master numbers, multiplication, subtraction, sequencing, and more. The game generates new values for blocks each time you play, so children can play over and over to reinforce the things they’ve learned without getting bored.

Students can learn about color theory painlessly through “Swatch Out,” a fun game that lets you change the color of a chameleon called Pizza Swigglesworth. Among the lessons learned are which colors make other colors when mixed, how to add tints or shades, which colors are warm or cool, and more.

Puzzlets is compatible with iOS, Android, and Mac OS X devices, and parents will no doubt be delighted to learn that the system does not require any batteries. Instead, it contains a built-in, rechargeable battery and comes with a micro-USB cable for charging. 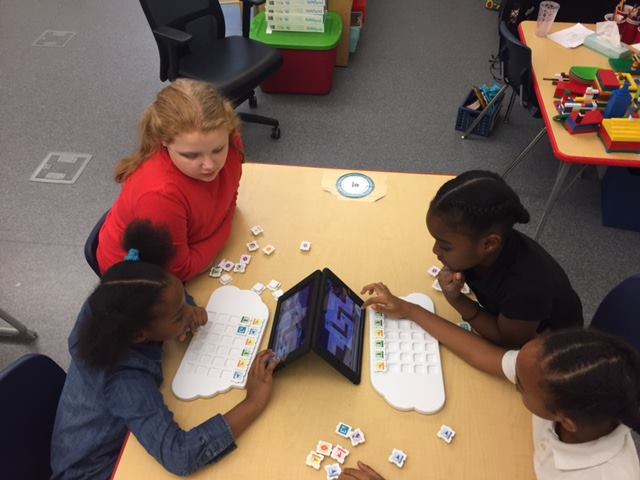 Educational discounts are available if teachers want to introduce Puzzlets into their classrooms, and there are even helpful lesson plans and guides online to help them do so.