Portland is home to the largest city and airport in all of Oregon. More specifically, PDX (as the Portland International Airport is known) caters to over two million passengers annually. And while there have certainly been ongoing renovations and improvements over the years, 2018 marked the beginning of a huge overhaul called PDXNext, which itself is broken into five parts. The first segment saw the completion of a new rental car wash and fuel center in March of the same year. More recently, the newly opened Concourse E was revealed. In the next year, Concourse B, as well as parking additions and a new rental car center, will also be completed. 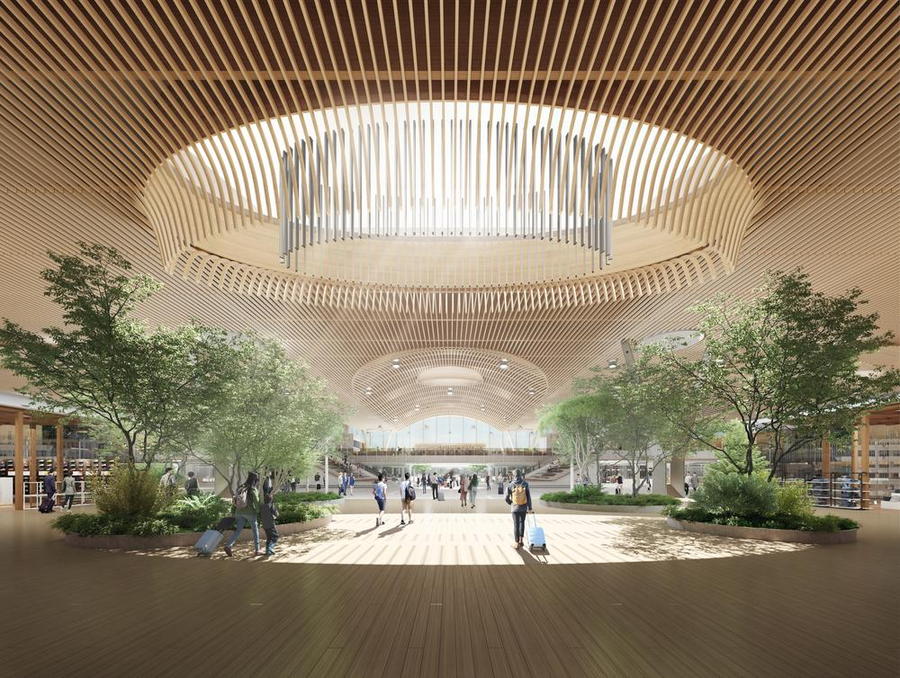 Currently all eyes are on the airport’s main terminal, which is set to receive a major facelift at a tab of around $1.5 billion. Architecture firm ZGF recently unveiled plans for the redesign, which celebrates the surrounding landscape in both its external facade and interior spaces.

“We’re taking the airport that has served the region well for the past 80 years and updating and upgrading it,” explains PDXNext Chief Projects Officer Vince Granato. “While the space will look and feel different, we are keeping the heart and soul of the airport that Portlanders know and love – easy to navigate; bright, open spaces; and local shops and restaurants – it will still feel like home.” 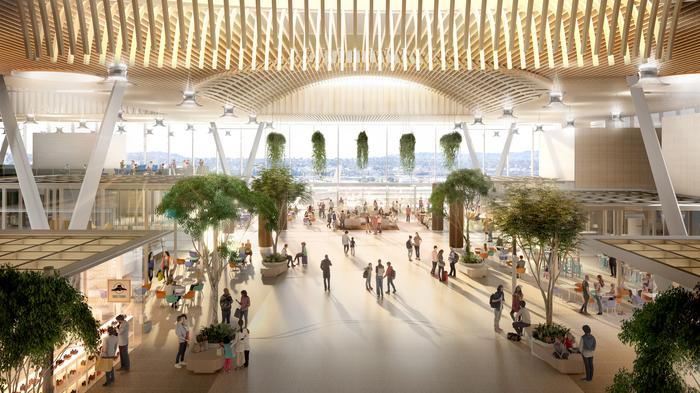 Portland sits in the northern part of a state that features mountain ranges, a full coastline, and forests in every direction. In honoring the region’s varied topographies, designers will install a wood roof made entirely from local, sustainably-sourced materials. Skylights incorporated into the wood layout will also help create an aesthetic geometry in the space.

“The roof design was inspired by the forests of the Pacific Northwest and the feeling you get while walking through the woods, the experience of light filtering through the trees, and the protection of the tree canopy,” ZGF partner and lead interior designer for the PDX project Sharron van der Meulen said in an official statement. 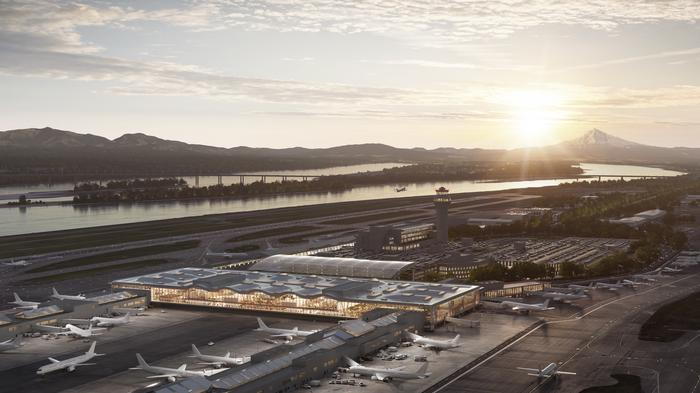 Further bringing the outdoors inside, a slew of plants will line the new terminal’s corridors. In addition, the interior will feature ample space for public art — another trademark of the famously “weird” city. Similarly, the shops and restaurants one would expect to find in a traditional airport will here be made to resemble a street in downtown Portland, complete with a space that replicates the sidewalks where café tables and customers overflow businesses.

With an eye on the future, the airport will also feature earthquake-proof construction and provide plenty of room to grow and adapt along with technology and travel needs. And of course, planning a project this scale in a state known for environmental initiatives means that although the terminal will be doubling in size, it will actually be using half of the energy per-square-foot compared to now.

The new roof will “break ground” in 2022, with the entire project expected to reach completion during the spring of 2025.