By the year 2050, nearly 70 percent of the world’s population will live in major metropolitan areas. This trend toward urbanization represents an addition of about 2.5 billion people to cities that already feel crowded. In many ways, that’s great news, as long as the growth is sustainably managed. We’ll have a much better chance of combatting climate change if we concentrate resources and limit sprawl, preserving as many natural spaces as we can. 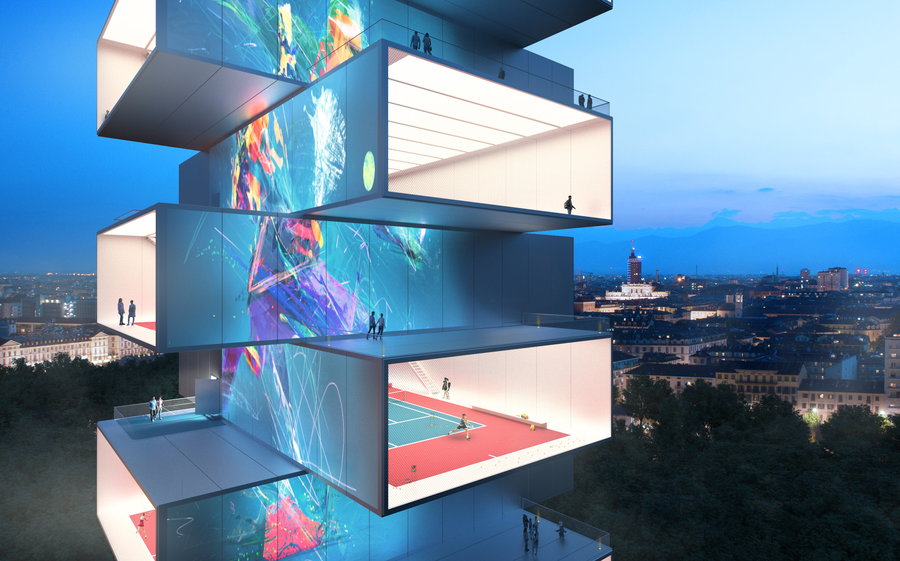 But how do we house all of those people and meet all their needs? Most experts say the answer is vertical expansion. Urban architecture is set to grow taller and taller, and that’s not just limited to offices and apartment buildings. A new concept by architecture firm Carlo Ratti Associati illustrates how even sporting complexes will soon reach up into the clouds, to potentially dazzling effect.

“Playscraper” is a tower of eight stacked tennis courts, each one offset from the one below it for visual interest and alternating views of the city. Developed for RCS Sport, the sport and media branch of European multimedia publishing group RCS MediaGroup, this isn’t just some visionary idea created without a care for whether or not it could really be built. Its architects worked with a team of engineers and technical consultants to come up with a practical design based on a new construction technology that allows for ultra-tall but extremely strong structures. Inspired by the outer shell of a spacecraft, the B-Core slab structure consists of several prefabricated layers of lightweight stainless steel. 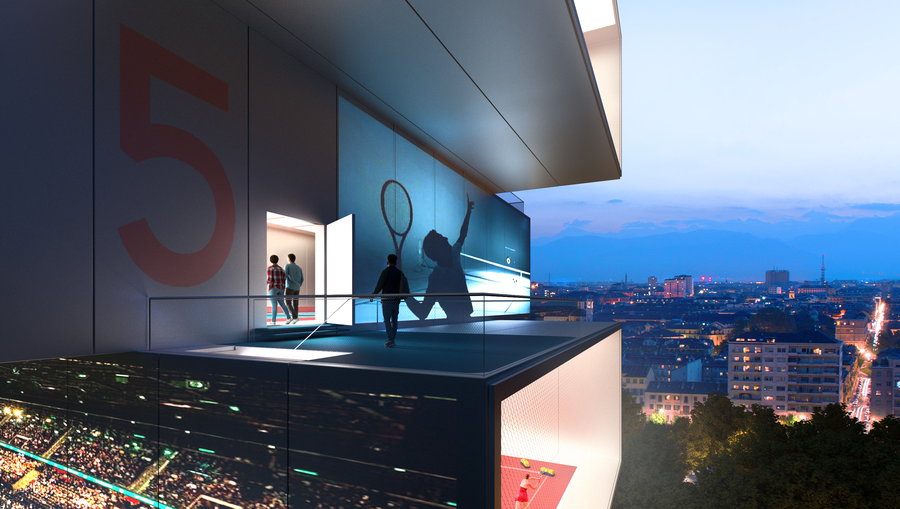 Eight of these steel boxes (each featuring transparent walls on two sides) are stacked to a height of 300 feet, offering 60,000 square feet (5,500 square meters) of total playing space. Each floor contains one stand-alone tennis court with a 35-foot ceiling height. As matches are played inside, the action can be streamed outside via electronic facades running along the long sides of each box, letting the public take part in the fun.

“This project would not just create a new icon for sports lovers,” says architect and engineer Carlo Ratti, founder of CRA and director of the MIT Senseable City Lab. “It also experiments with a new type of public space, extending vertically instead of horizontally. The tower is easy to install and dismantle and can be easily moved. This flexible approach fits the circular nature of today’s sports competitions, which move from location to location throughout the year.”

B-Core technology, developed by Broad Sustainable Building (BSB), is the key component of this skyscraper’s likelihood of eventually being built. The B-Core CTS slab consists of two steel panels clipped together with thin-walled internal tubes, with the gaps between the tubes filled with rock wool for thermal insulation. 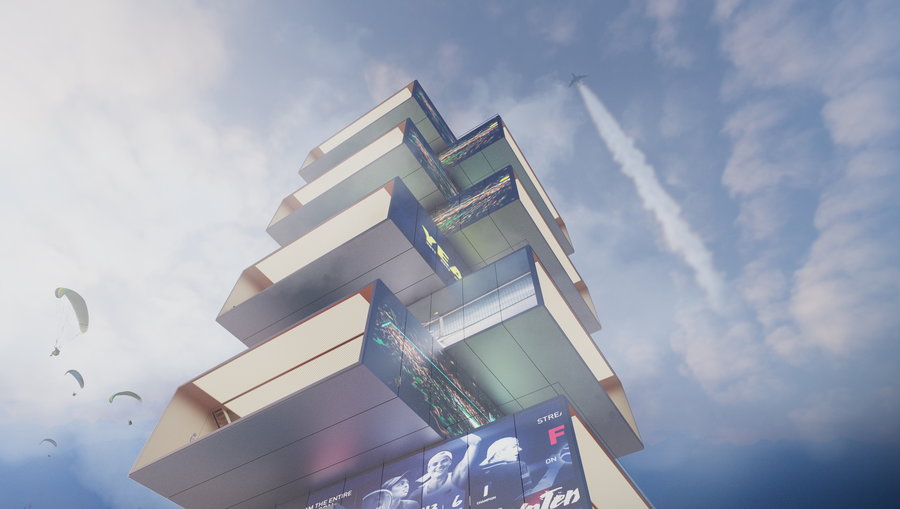 These panels can be prefabricated and then assembled quickly and easily onsite. In fact, BSB used them to demonstrate how a four-story building could be erected overnight. CTS slabs are ten times lighter than reinforced concrete for far greater earthquake resistance, have 100 times more corrosion resistance than carbon steel, and boast a nearly limitless lifespan. It’s safe to say we’ll see a lot more structures built with this technology in the near future.