Who knew that everyday objects like dinner plates could be used to capture and play sound just like vinyl records?

To understand how this is possible, it helps to know a little bit about how records work. To put it in simple terms, sound waves are always moving through some sort of medium, whether it be air, water, or a solid material. When sound waves are directed toward a membrane called a diaphragm attached to a needle, the needle vibrates accordingly and etches the waves into a flat disc. When you run a stylus attached to a tone arm through those grooves, the original sound is reproduced. 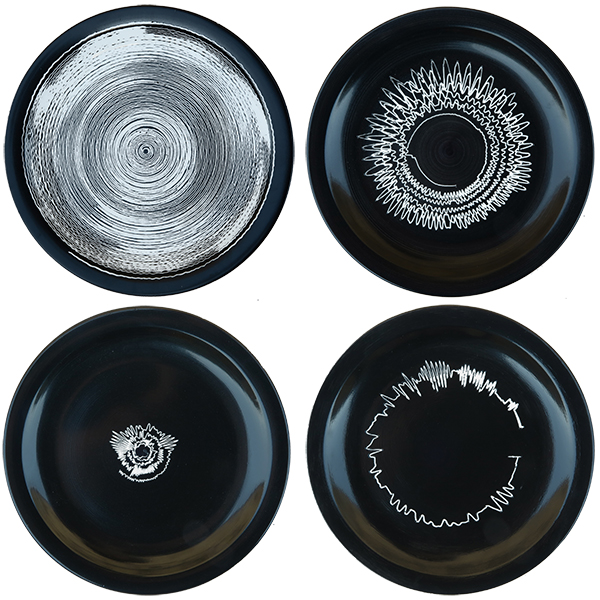 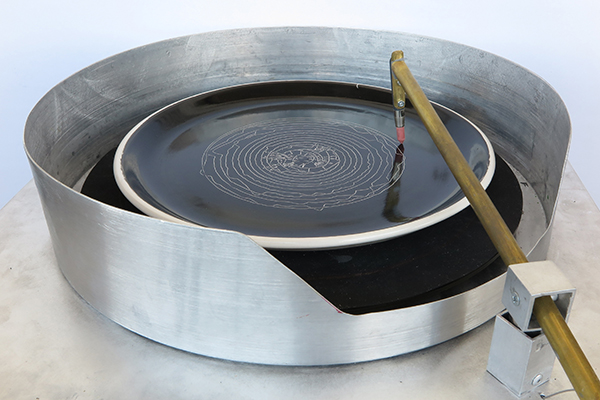 Though we can’t typically see them, the patterns of sound waves can be surprisingly beautiful, with every recording bearing its own unique look. The different pitches and rhythms on a recording produce squiggles and waves that might undulate gently in softer recordings or become a bit chaotic in more intense ones. A new project called “Plate Recorder” by the Tel Aviv-based artists Liat Segal and Roy Maayan not only lets us view these patterns as visual art, but captures them in a highly unusual way.

Displayed earlier this year at Jerusalem Design Week, “Plate Recorder” pays tribute to the human voice while exploring the boundaries between retro nostalgia and modern experimental art. Engaging multiple senses at once, the project involves a special instrument that etches live performances into black ceramic plates, often in front of a live audience. Onlookers not only experience the sounds as they’re created — they also watch as they’re recorded in real time.

“At times of information overload, we are constantly exposed to visual, auditory, and textual inputs,” says Segal. “Social networks and news feeds create new expression channels, yet, at the same time, challenge our ability to genuinely hear, see, and touch. Plate Recorder is a digital era homage to analog, connecting sound, visual, and matter in the physical domain. Ready-made ceramic plates are used as a medium for recording sounds. A custom-built painting machine is etching sound waves, creating ‘ceramic plate records.’” 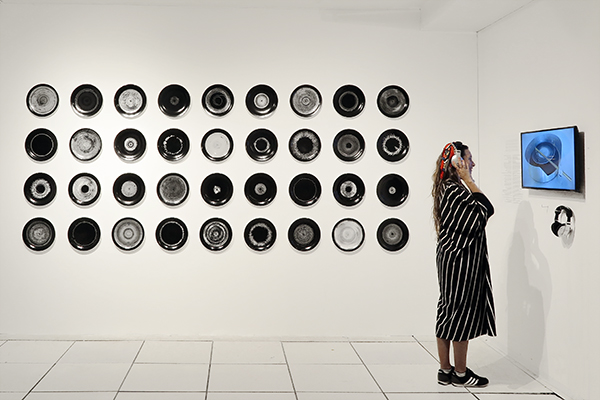 “The sounds have been donated by various sources and people. They have then been collected, tagged, and categorized by the artists, along with the stories underlying them, into a physical archive of sound and being.”

The creators solicited sounds from supporters on Facebook prior to actually starting on the project. They also recorded additional performances at special events like the Cluj Ceramics Biennale in 2017 and the Latvia International Ceramics Biennale in 2018. If you weren’t able to see the etchings as they were produced, don’t worry: you can still experience them in another way.

Check out the Plate Recorder Facebook page for videos of the recordings in action, and view the entire catalogue of etched ceramic plates on Liat Segal’s website. Though the audio isn’t attached, the descriptions do tell us a little about why the sound waves look the way they do, as seen in things like a speech about nuclear weapons by Israeli Prime Minister Benjamin Netanyahu and the songs of children.