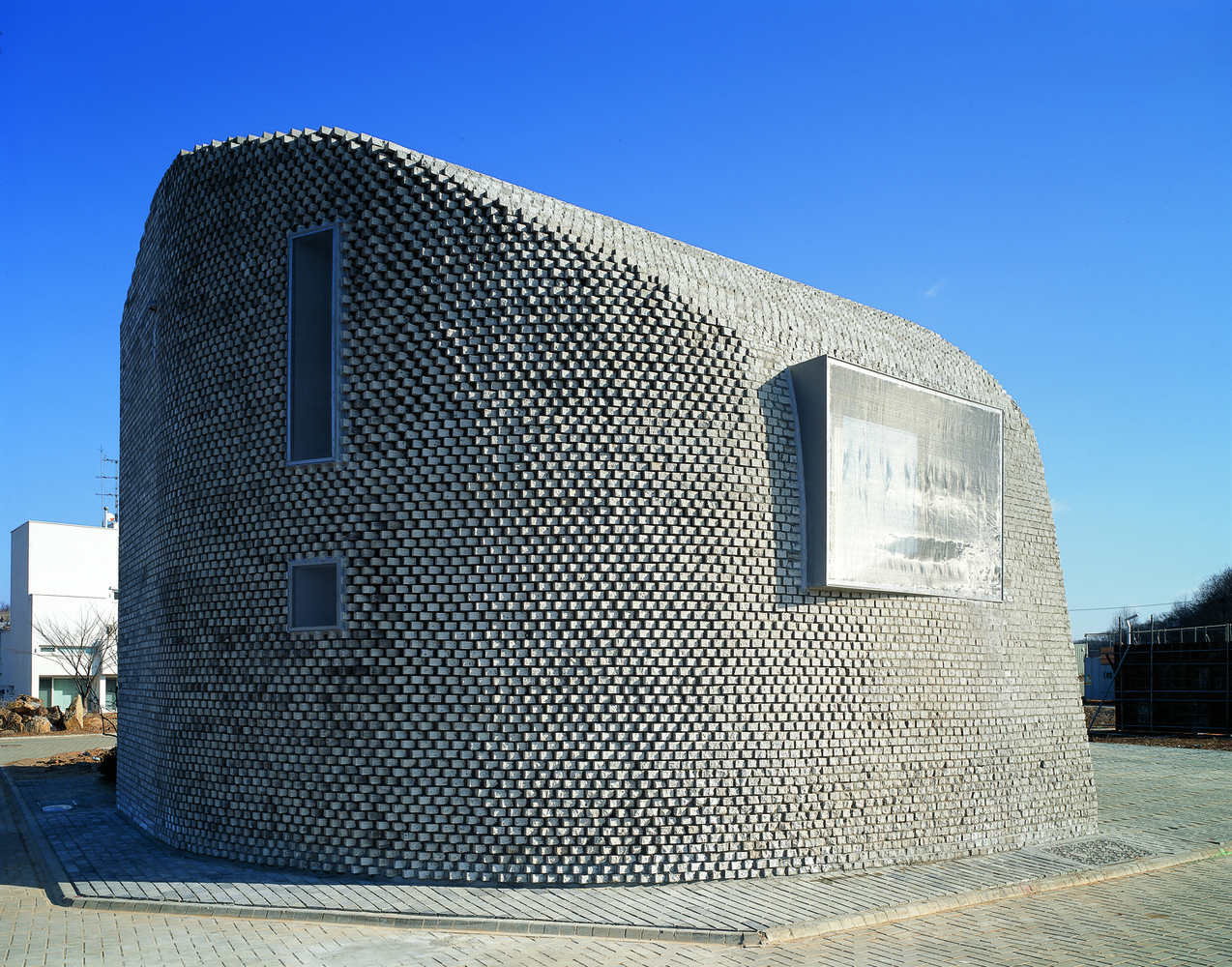 Gray sidewalks give way to a gray stone patio, which in turn seems to rise up and form this hill-shaped gray brick house emerging from the urban landscape. Look closely, though, and you can see that the constituent curves are still formed with rectangular bricks, hence the aptly-named Pixel House. 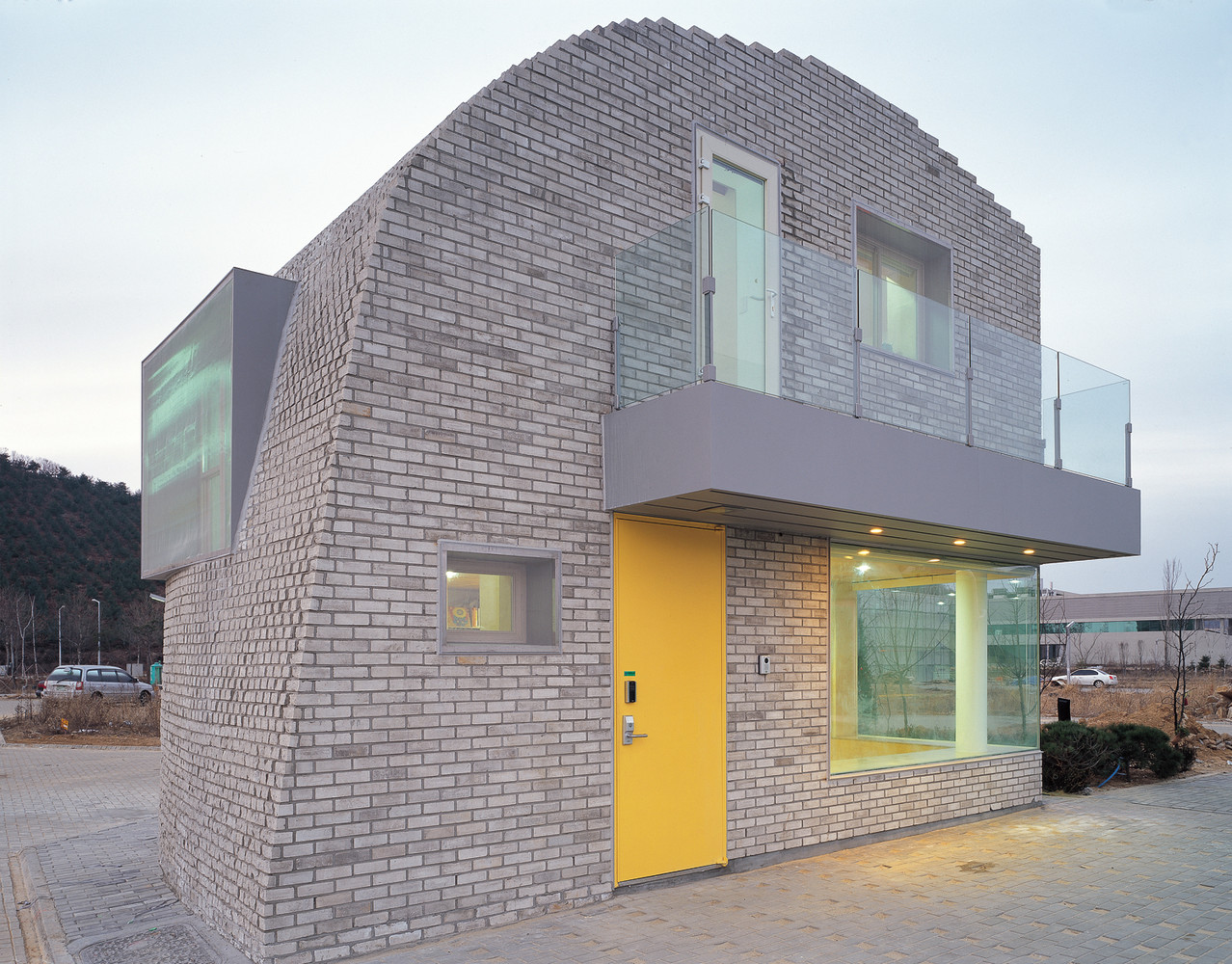 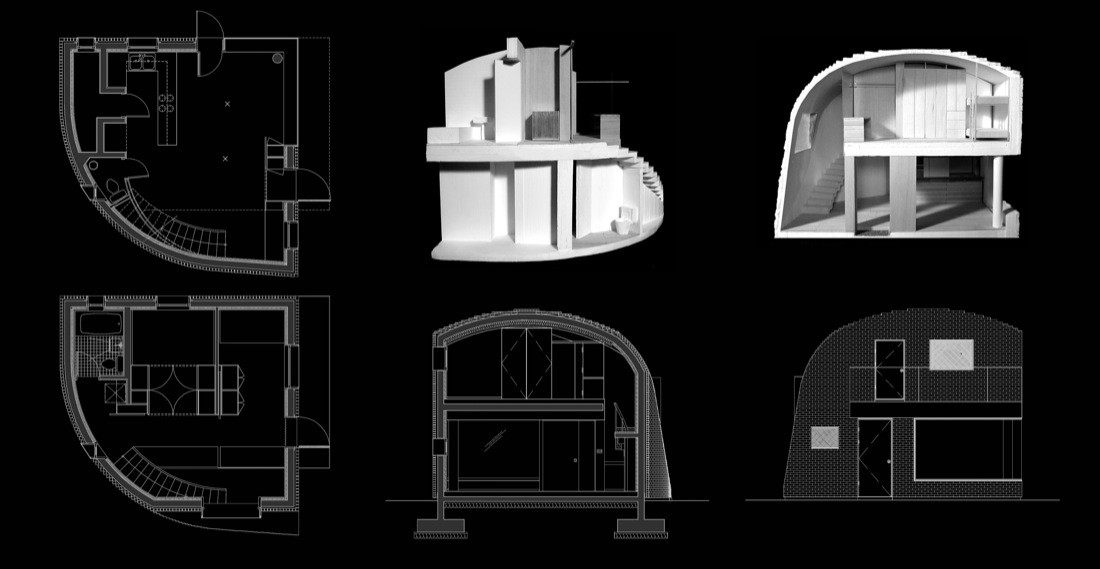 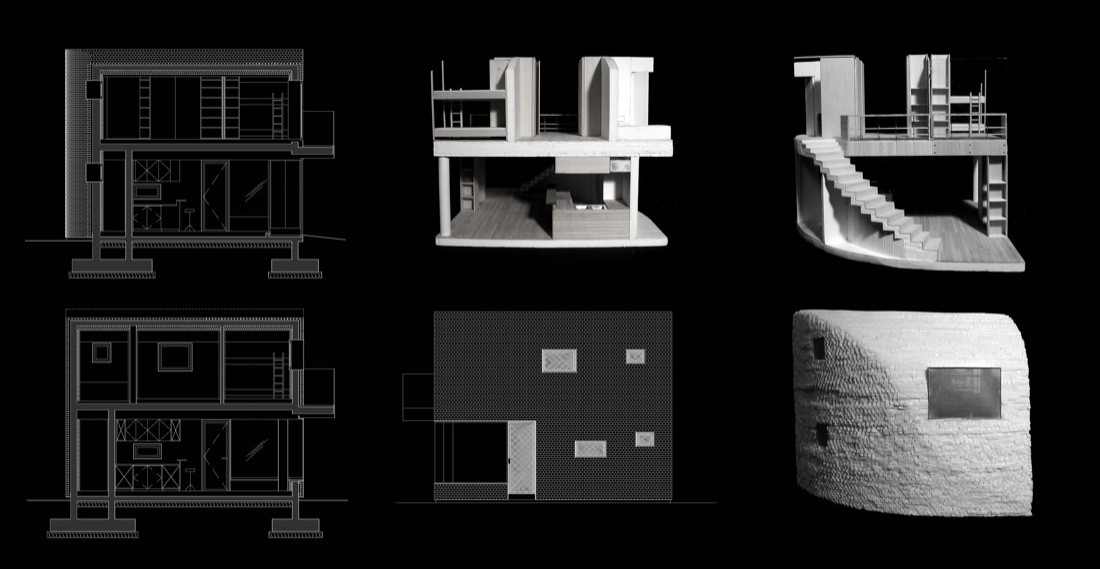 Mass Studies and Slade Architecture worked to create this residence with an eye both to public-space interaction (wrapping around the exterior) and private comfort (within cozy curvilinear white walls and wood accents on the interior).

Viewed in context, the building shell seems almost camouflaged. However, while the outside shape reflects the form of inside rooms, the experience of the two could not be more different. 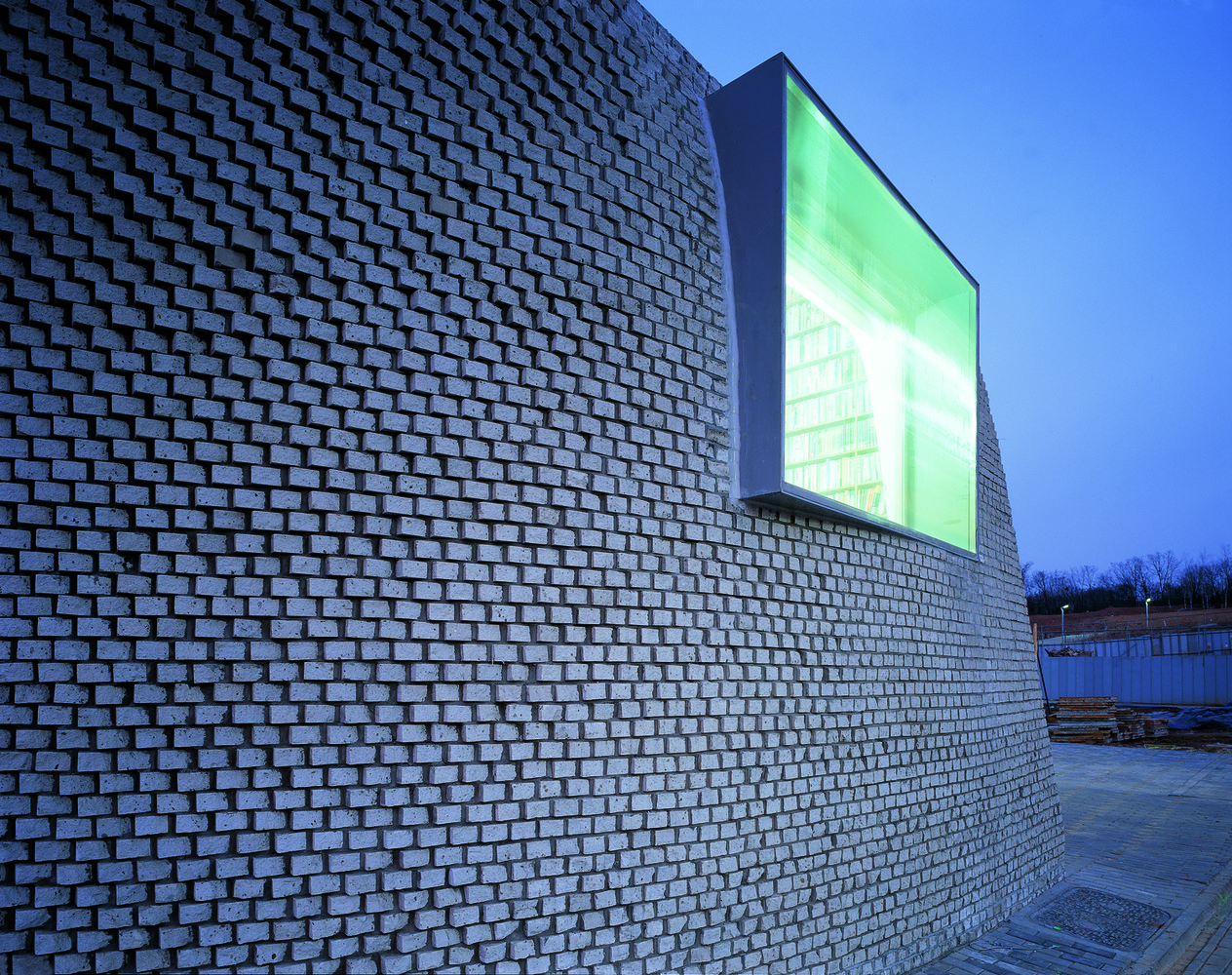 Inside, the rough convex and bunker-like brick mound becomes a dynamic series of concave corridors and winding transitions between the various floors and spaces. 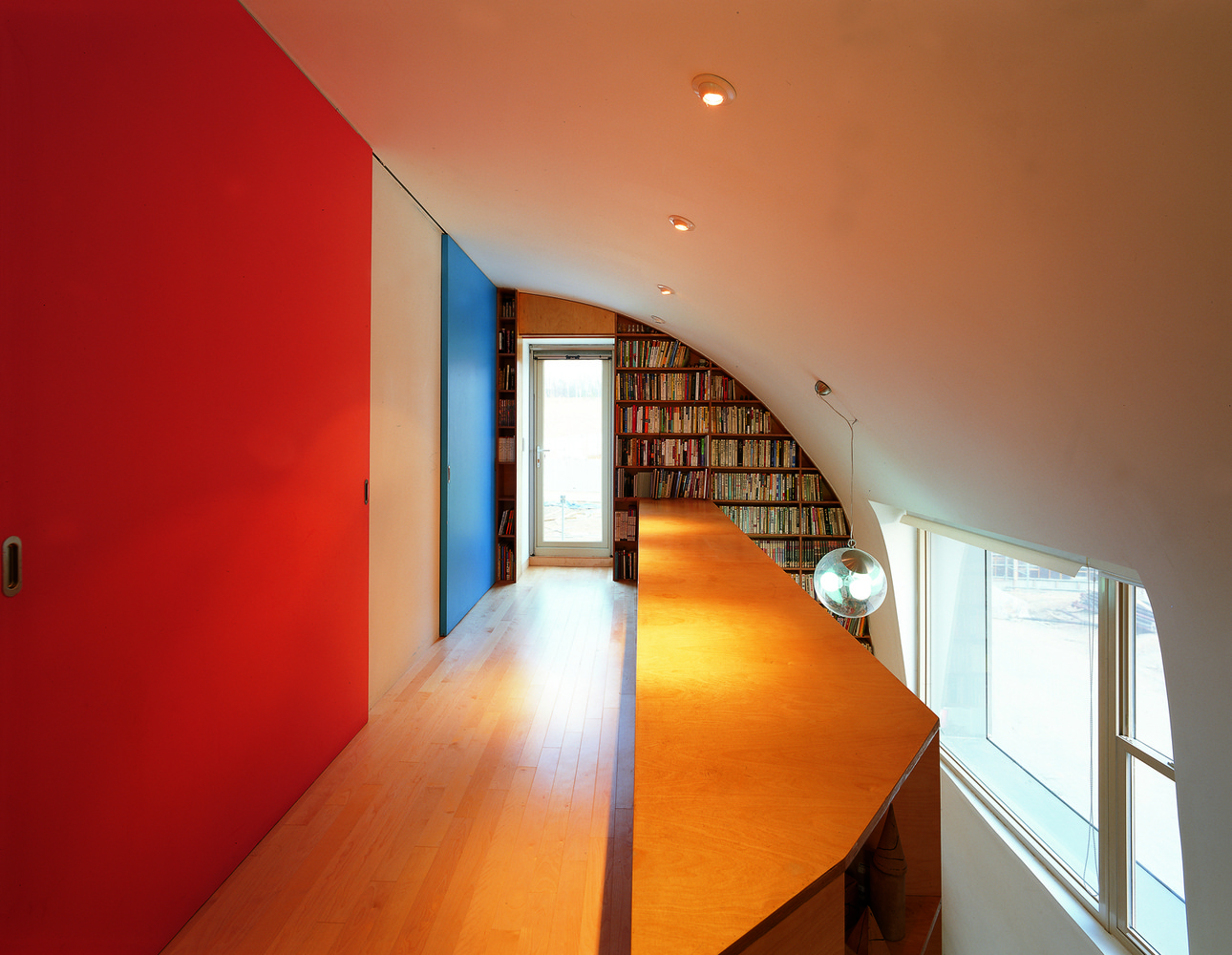 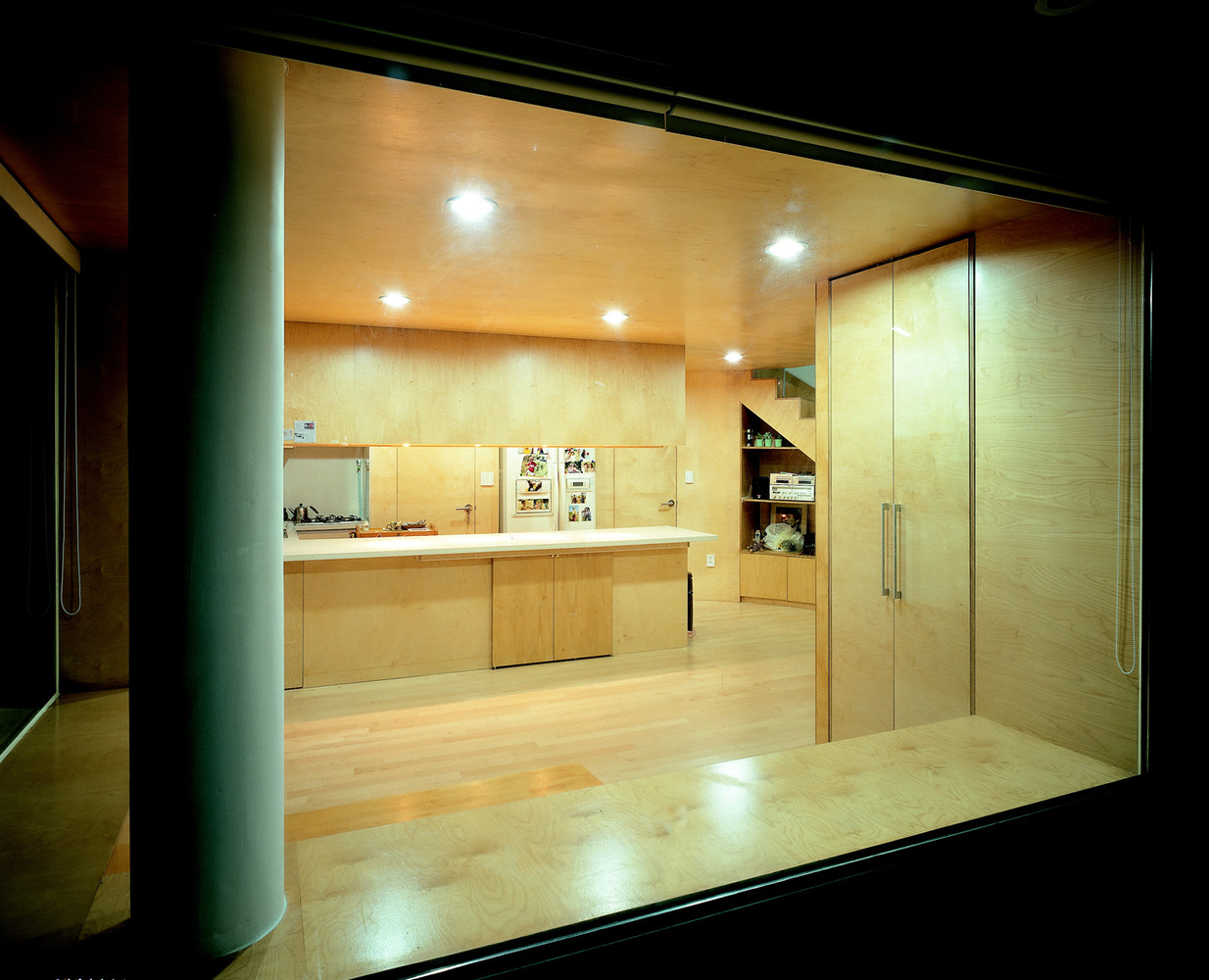 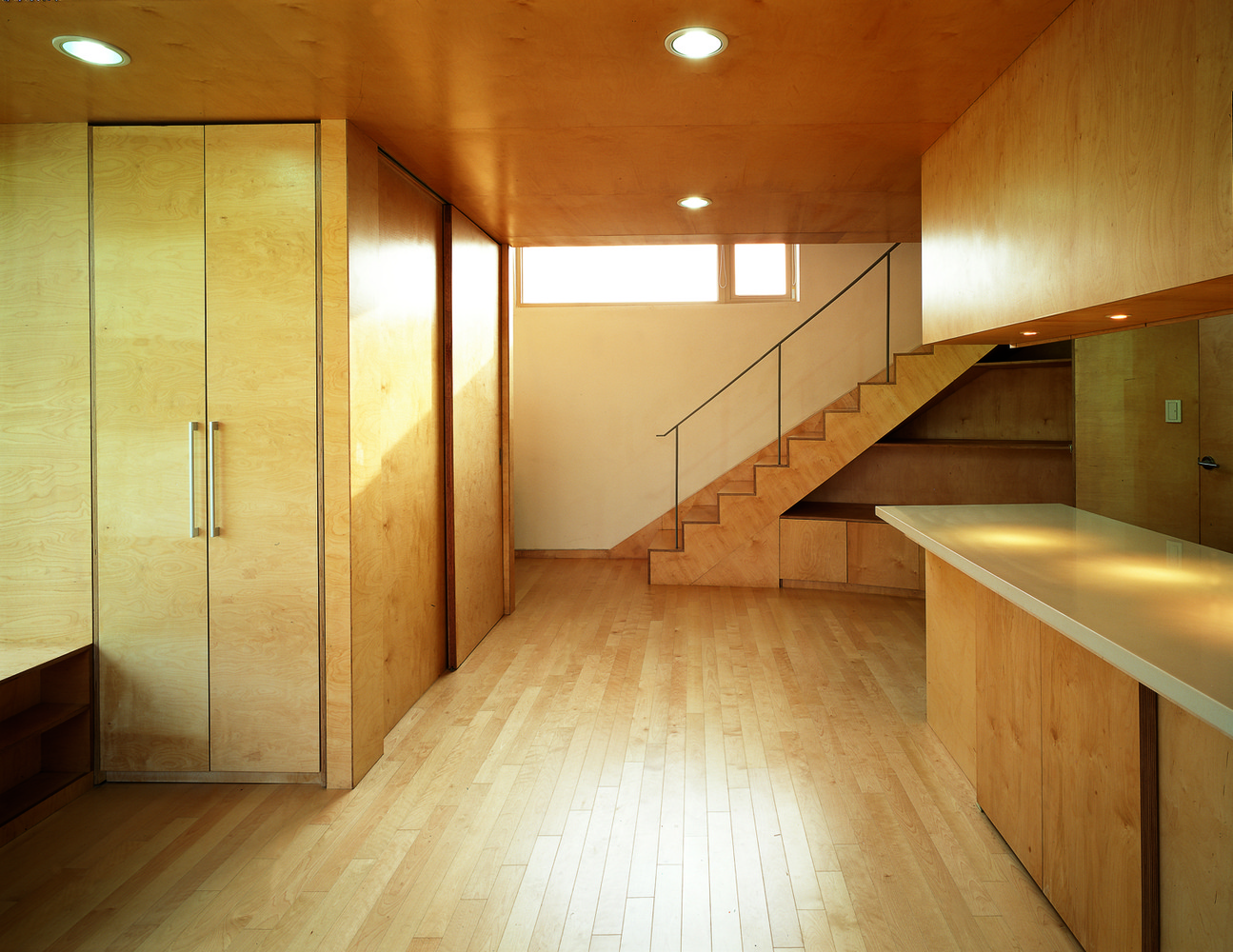 The plans are deceptively simple compared to the constructed house – a pair of flat-slab floors build with conventional techniques, but wrapped in a form that took careful care to complete.

Conceptual praise aside, though, one does have to wonder if the sheer three-dimensional complexity of the design could possibly be worth the time and money spent to accomplish it – or whether it is appropriate to build something in a residential neighborhood so different from its neighbors that, overt camouflage or no, it will stand out (perhaps like a sore pixelated thumb) for years to come. 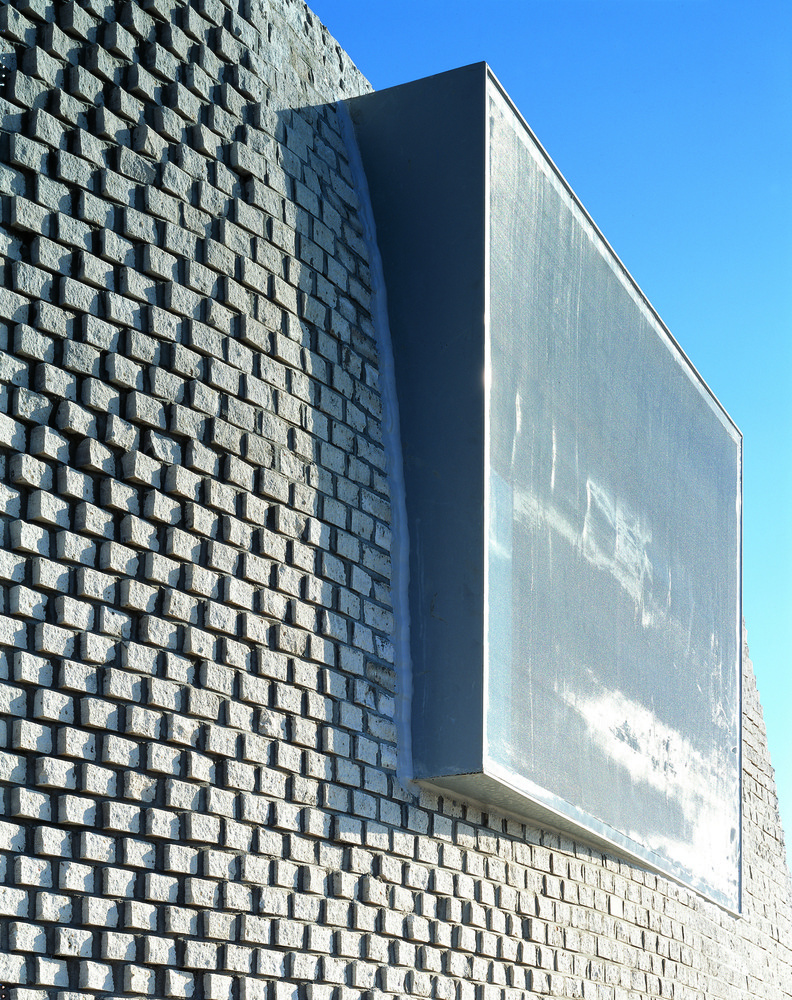