Established in 1935, the esteemed Parisian fabric house Pierre Frey has long been a source of lush and luxurious textiles, the crème de la crème sought by interior designers everywhere. Now run by Pierre’s son Patrick Frey and his wife Lorraine Frey, the company produces fabrics in classic and traditional motifs, as well as contemporary prints in collaboration with living artists.

As you might imagine, having access to Pierre Frey’s full catalog of textiles for your own use is a decorator’s dream come true, and the Freys have taken advantage of that ability both in their primary home in Paris and their country home in the Luberon area of Provence. 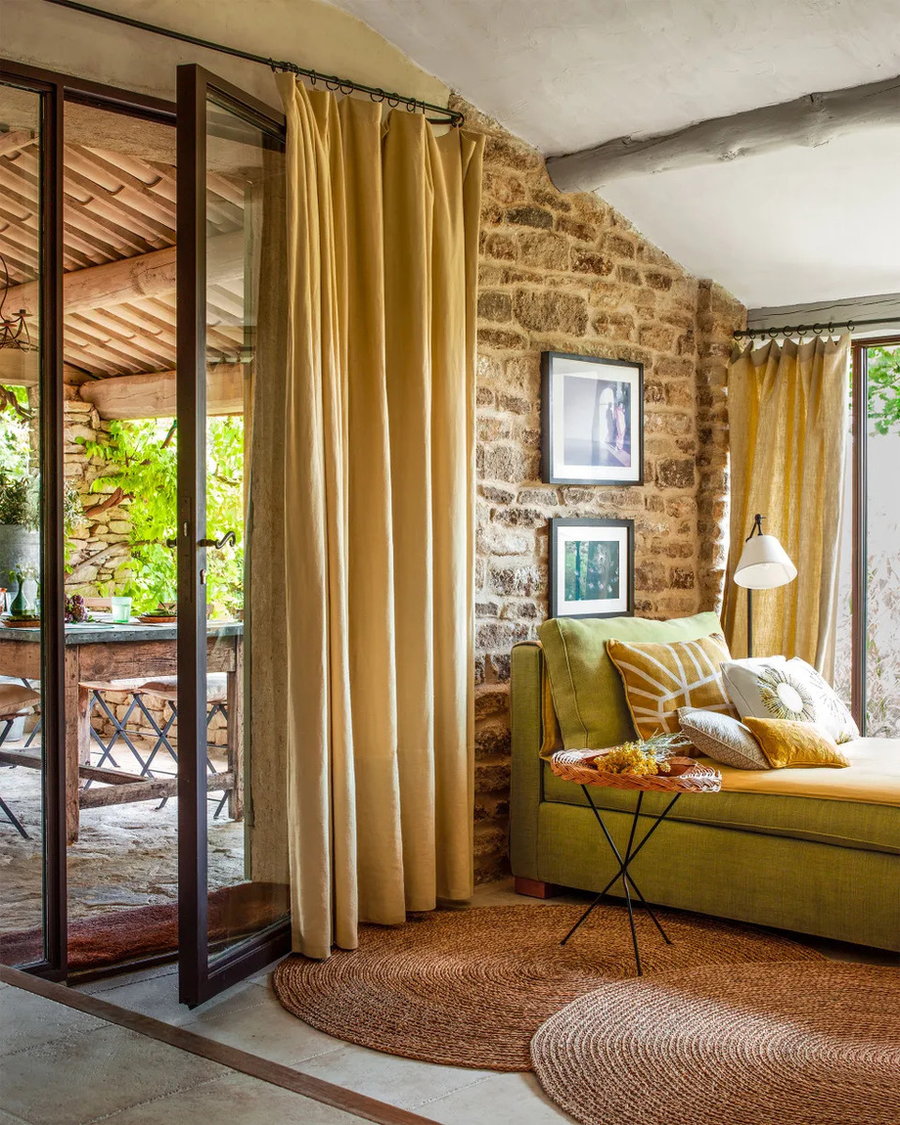 Elle Decor got a peek into the Freys’ picturesque Luberon home, a stone farmhouse representing a pinnacle of French countryside style. Centuries old, the house previously belonged to Patrick’s parents, and its most notable feature is its original jagged stacked stone walls accented by a clay tile roof.

With all of its texture, character, and sense of history, the stone sets the mood for the home, contrasting with smooth white plaster throughout the interiors. Updating the decor to their own tastes, the Freys wanted to celebrate traditional Provence colors and textures while integrating a touch of modern minimalism. 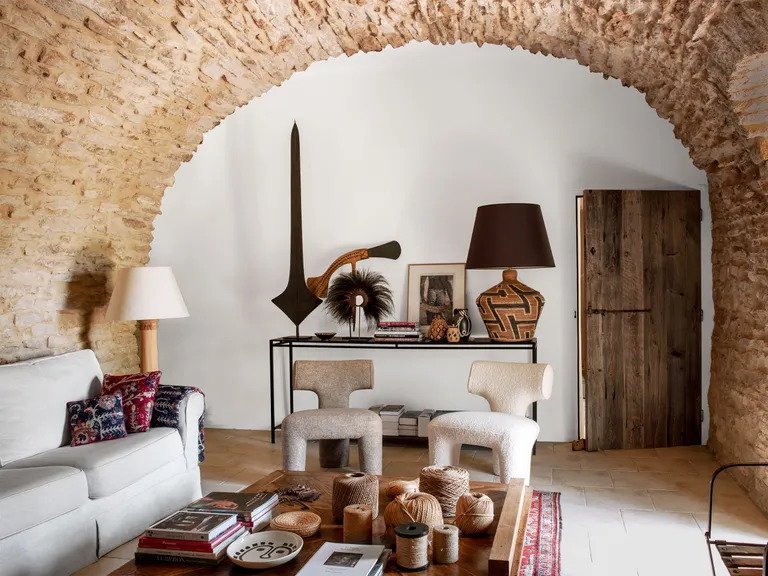 The couple maintained the rustic character of the house, leaving the stone walls intact and preserving the original floor plan of small rooms. “You have to keep in mind that this house is a maison paysanne at its core — it was a farm in the beginning,” Lorraine says, adding: “I believe that houses should preserve their true history and should remain in their simplicity.”

Pierre Frey textiles bring color, print, and texture to the interiors through curtains and upholstered furniture. A sitting room nestled beneath an original vaulted stone ceiling is awash in soothing neutrals, while the living room features pops of vibrant green. The overall effect is that of harmony and subtlety — and one that avoids too much contrast. 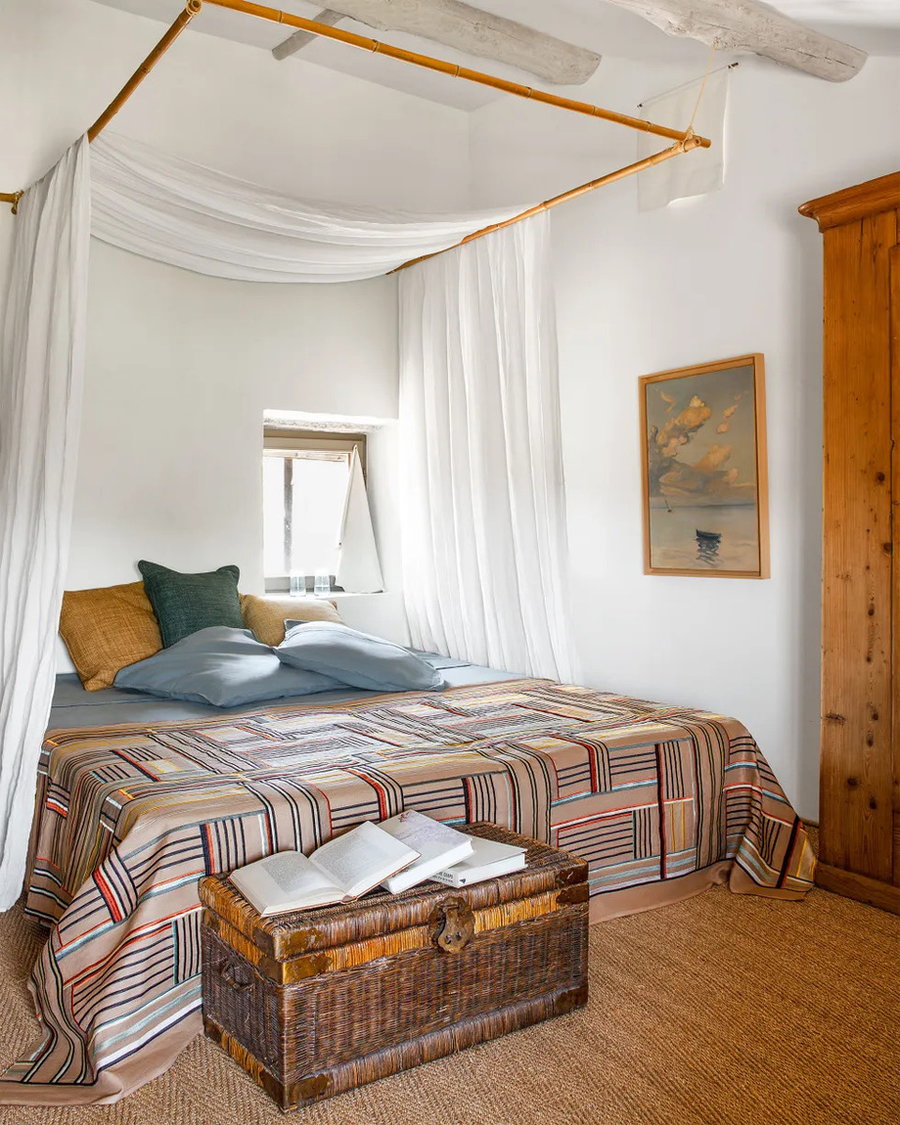 “I only used linen, cotton, piqué — things that are very natural,” Patrick explains. “We played very much with the color, using old hues, to preserve as much of the charm as we could. The same goes for the ceramics, which are painted and rustic. Taken together, it’s all meant to feel a little outside of time.” 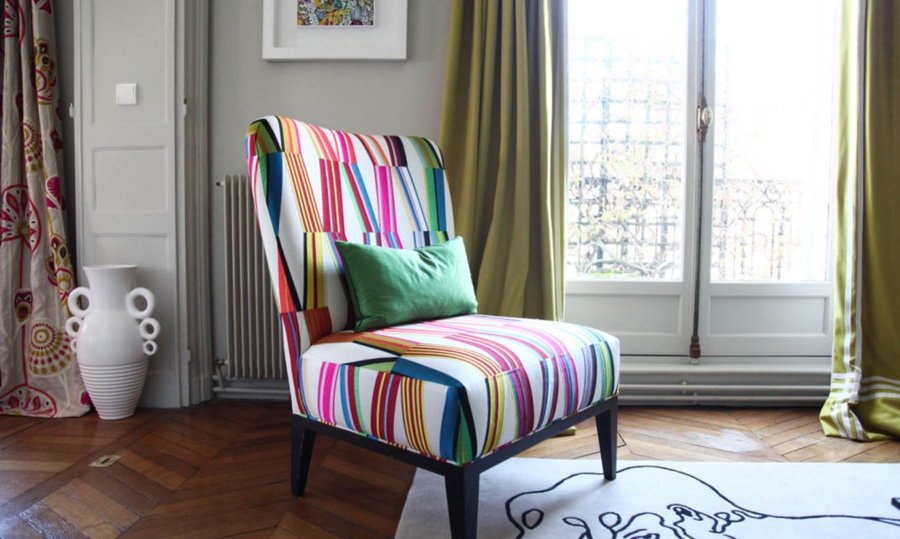 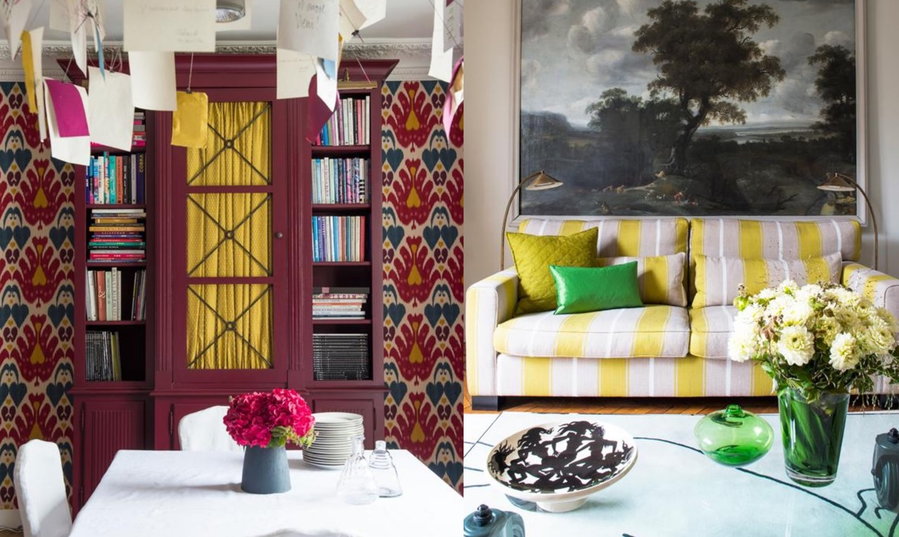 Meanwhile, the Frey’s city home in the 6th arrondissement of Paris captures a slightly different feeling, albeit no less harmonious. Saturated jewel tones and eclectic patterns play against the elegance of that apartment’s original millwork. Objects from the couple’s travels are mixed with antiques curated by Patrick’s grandfather René Prou, himself a renowned decorator and artist. A large ottoman in the center of the living room is upholstered in several layers of Pierre Frey textiles inspired by the “galette,” a traditional French pastry. 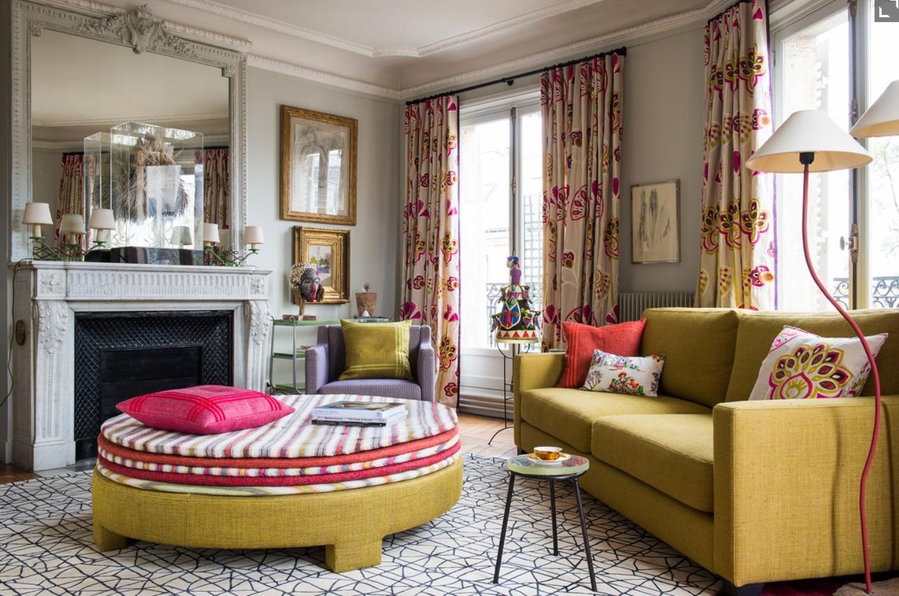 If the mood of their country home is a little more restrained and tranquil, the Freys’ Paris apartment conveys a sense of playfulness. Clashing patterns and contrasting colors you wouldn’t necessarily think to put together like lavender and mustard are augmented by an abundance of eye-catching decorative objects. There’s certainly no shortage of anything to look at.

“Color is at the heart of European decoration, and one must be daring and playful with color combinations,” Patrick told Home Journal.