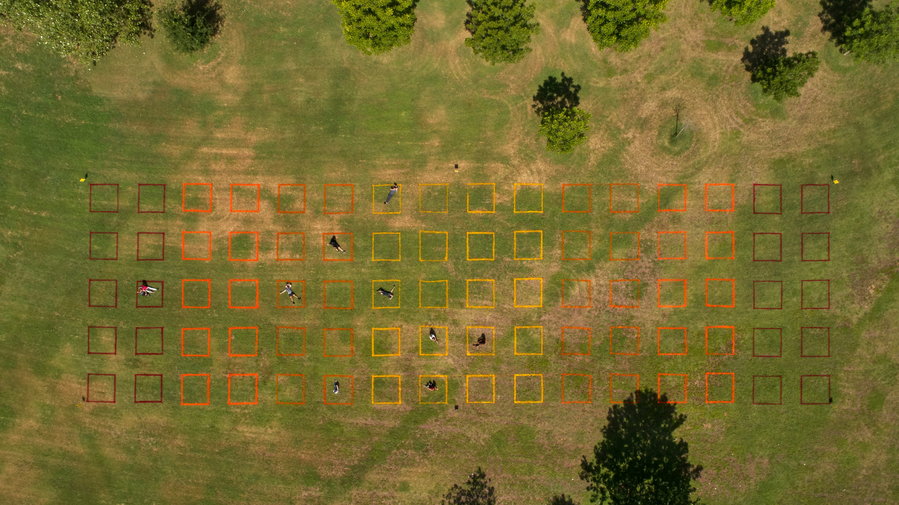 If you’ve watched the news at all lately, you’ve probably heard of social distancing. The phrase was first used back in 2003 during the SARS epidemic, made brief appearances in the years following, and had its most famous comeback just a few months ago when the coronavirus pandemic first struck. Now, in one of the most creative ways imaginable, four art shows in Austin, Texas are zeroing in on the meaning of the phrase.

With little to no good news recently on the pandemic, Austin artists decided to spin the misery into something positive. They unveiled four different projects in parks throughout the city, including Roy Guerrero Colorado River Park, Pease Park, Republic Square, and Zilker Park.

How the Project Materialized 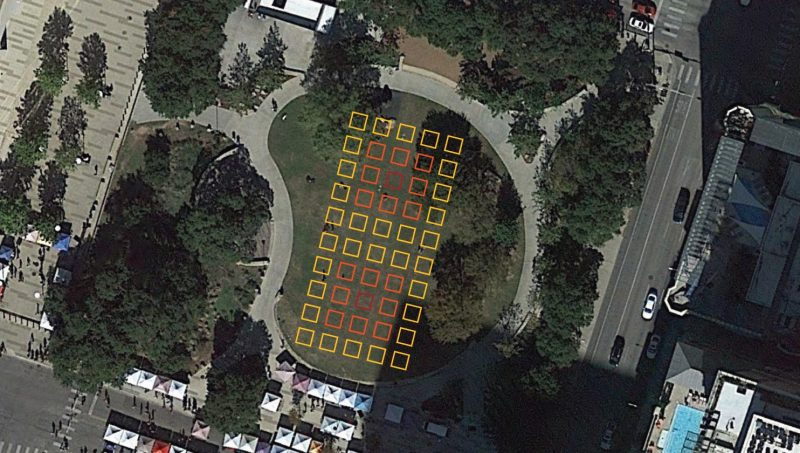 Austin was determined to bring some joy and happiness to the lives of its people. The Austin Foundation for Architecture, Austin’s Parks and Recreation Department, the Pease Park Conservancy, and the Downtown Austin Alliance Foundation all got together to brainstorm ideas that would incorporate bright cheerful colors and stress the importance of following the CDC guidelines. Sticking to those procedures in wide open spaces such as parks has been difficult for many, and the new Austin installations greatly simplify the concept.

In each of the parks, oversized, colorful boxes were painted onto the grass, each exactly 64 square feet in size and six feet away from the boxes around it. Even better, the paint used to make the boxes was an environmentally friendly water-based type designed specifically to paint turf. Each color palette in the separate parks was motivated by the hues of Texas Hill Country wildflowers, with an overall goal of increasing the safety of outdoor areas in an artistically pleasing way. 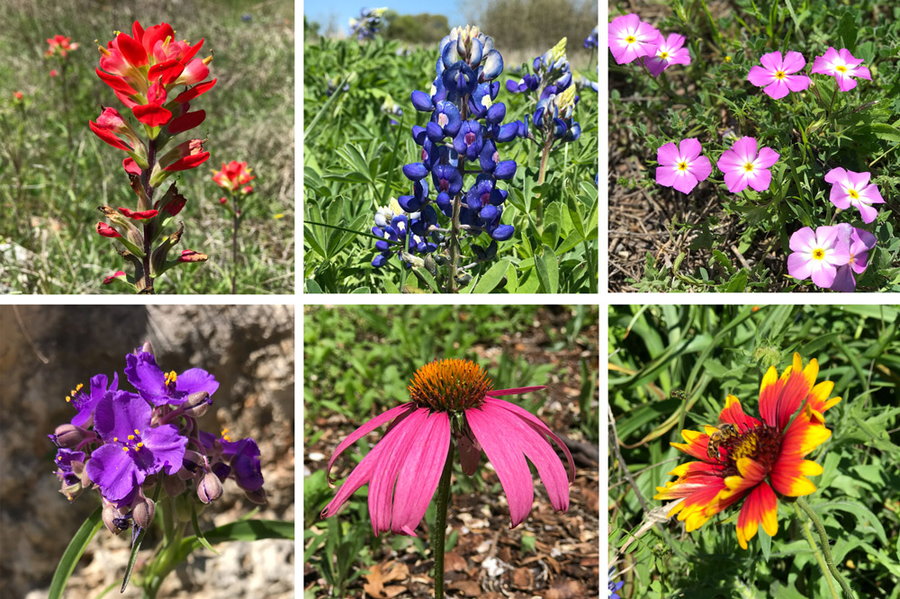 Gerardo Gandy, a designer at Gensler, introduced the idea when he saw similar art projects being implemented in other cities. His inspiration to integrate the colors of assorted Texas wildflowers was partly due to a memorable quote by former first lady and dedicated conservationist Lady Bird Johnson: “Where flowers bloom, so does hope.”

Not only are the residents of Austin thankful for the uplifting art spaces, but many of Austin’s leaders also voiced their appreciation for the project. 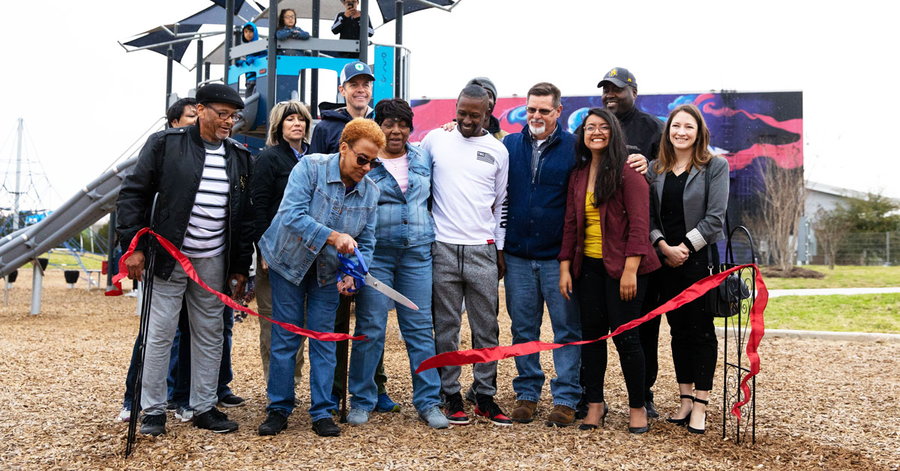 Ingrid Spencer, executive director for the Austin Foundation for Architecture and AIA Austin, issued a press release stating: “We could not be more excited to be part of this important, timely, relevant, and necessary project. P A R K S P A C E boldly weaves the elements of an architectural landscaping intervention and a social distancing awareness campaign into one exciting public outdoor experience.”

Kimberly McNeeley, Parks and Recreation Department director, echoed those sentiments in her own press release, which explains that “as we navigate the current situation, the Parks and Recreation Department encourages utilization of our parks and green spaces to create community safety. We’re delighted to be partnering with the Austin Foundation for Architecture to facilitate their creative vision of P A R K S P A C E that will help Austinites continue to maintain physical distancing while the park goers nurture their mental, physical, and spiritual health.”

Even Austin Mayor Steve Adler told the media that “Creative placemaking is a communal experience, and P A R K S P A C E is an installation for our times; a new way to be together, apart.” 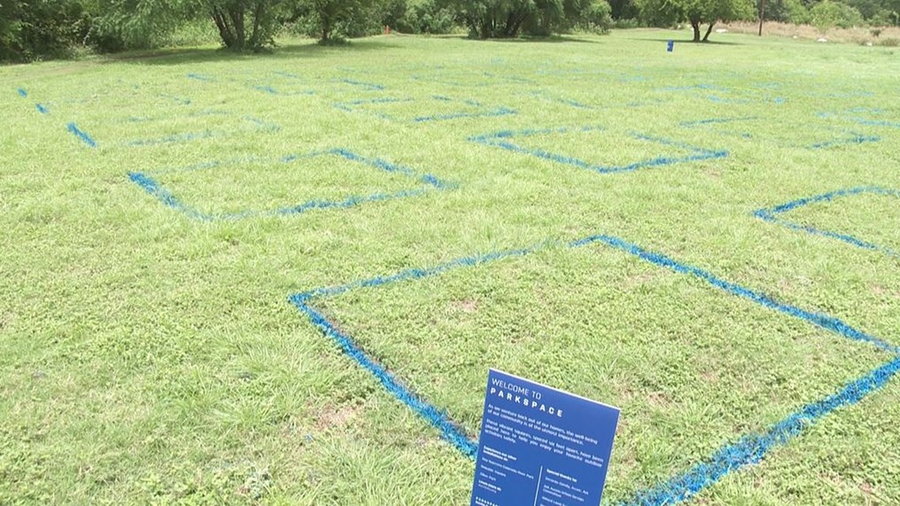 The entire four-park pilot project was completed prior to the Fourth of July weekend, even though all Austin and Travis County parks were closed over the holiday as COVID-19 cases continue to rise in the state of Texas. More local parks are currently under consideration for P A R K S P A C E installations.